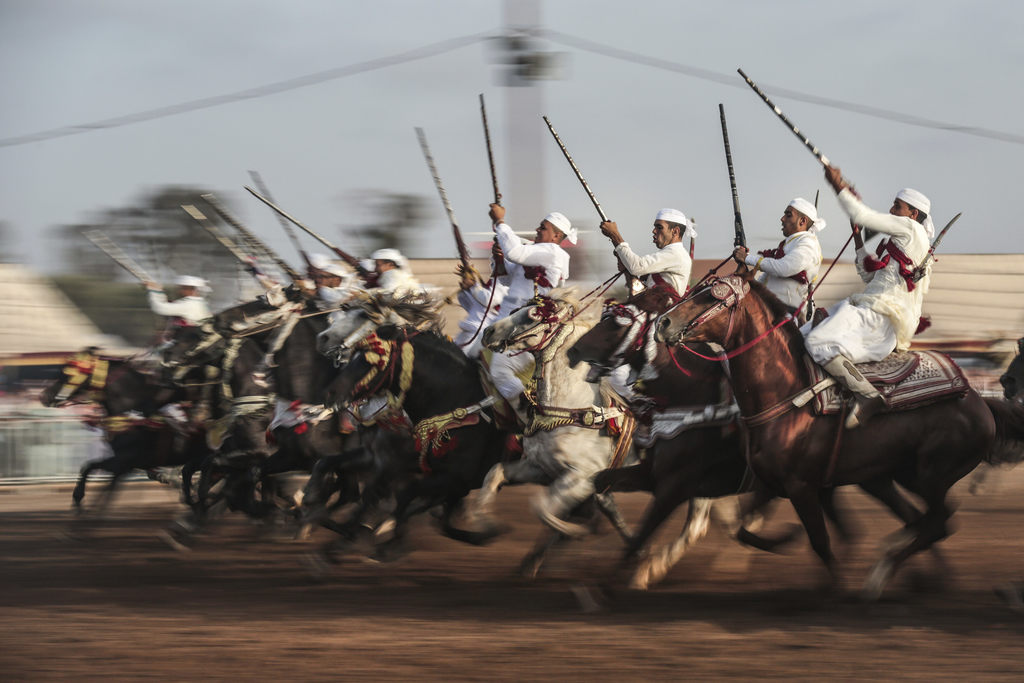 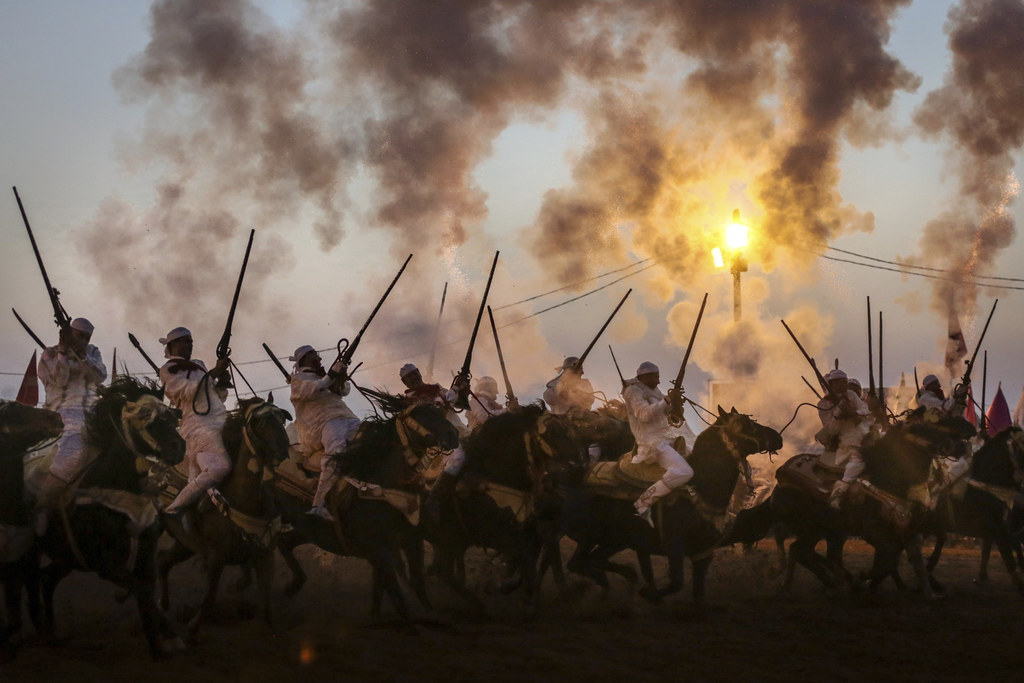 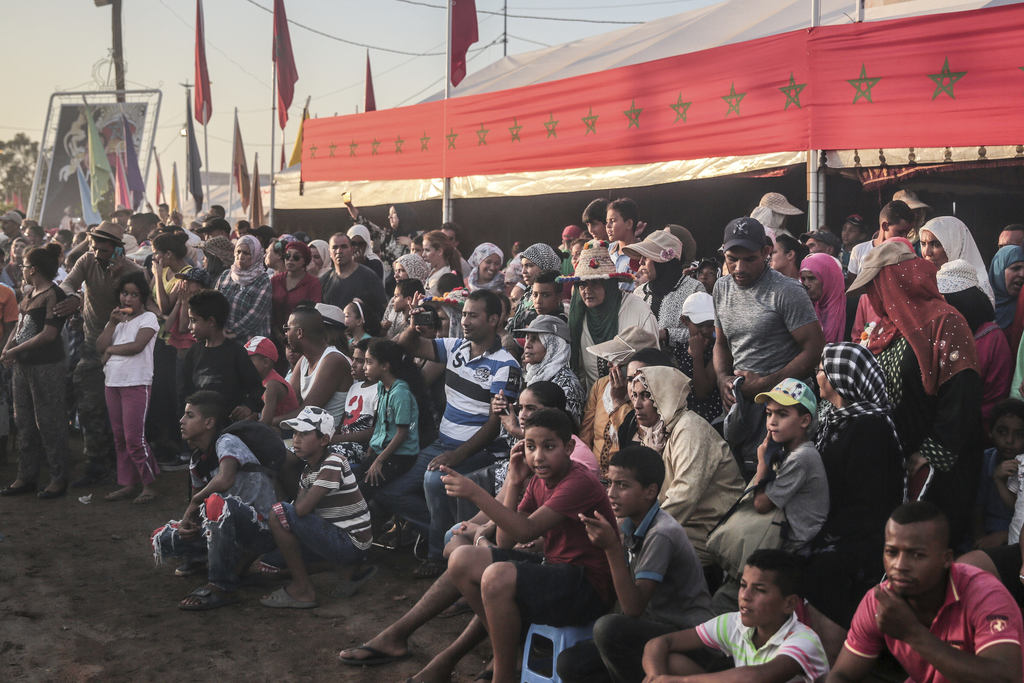 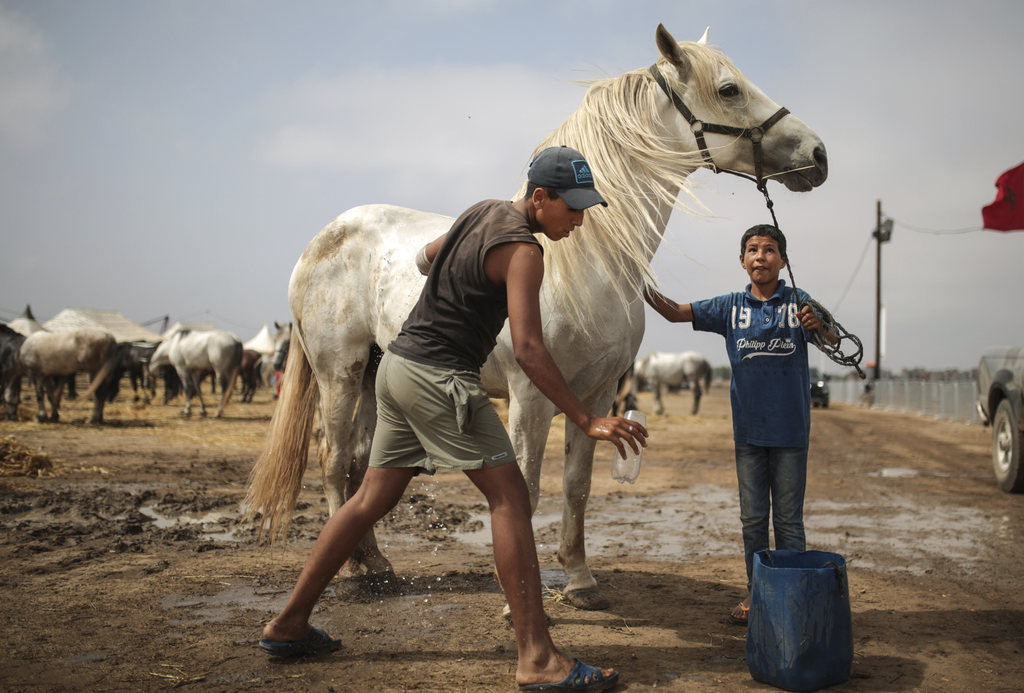 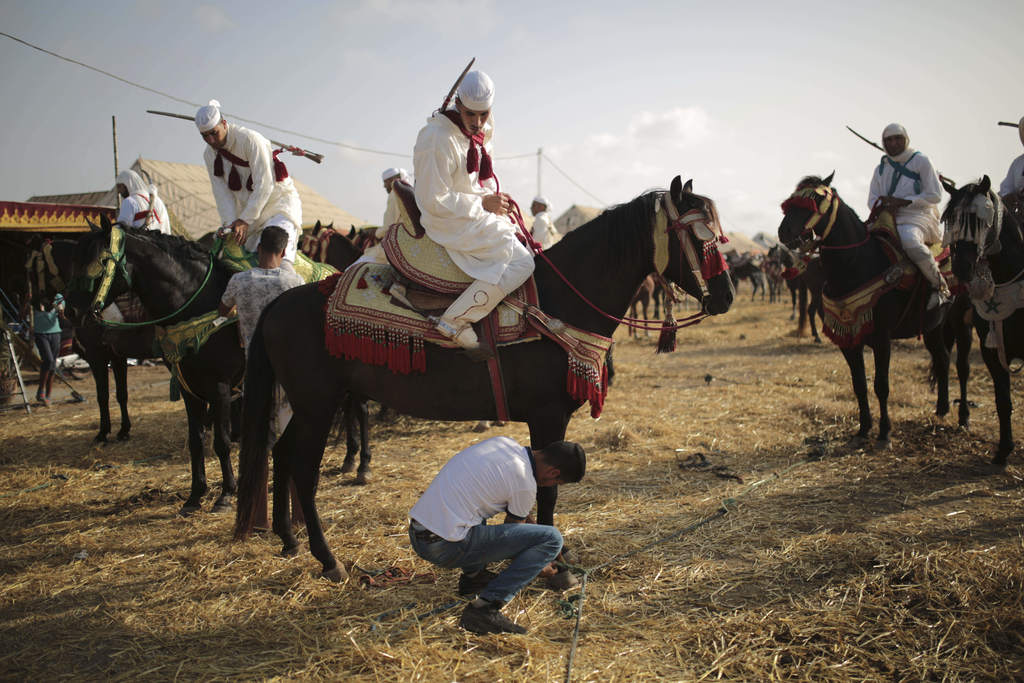 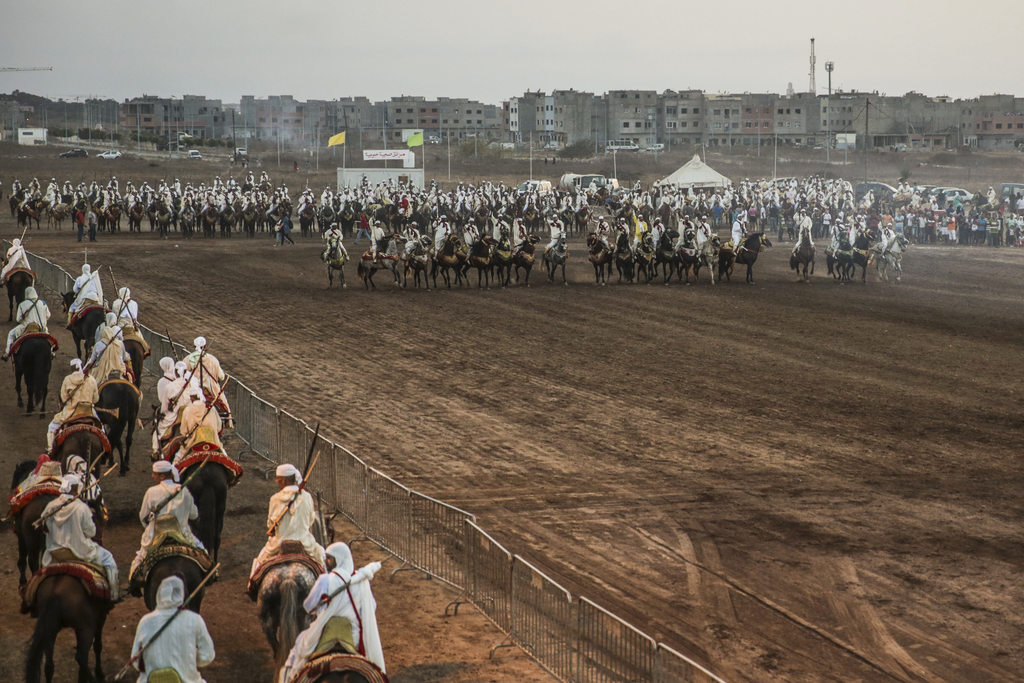 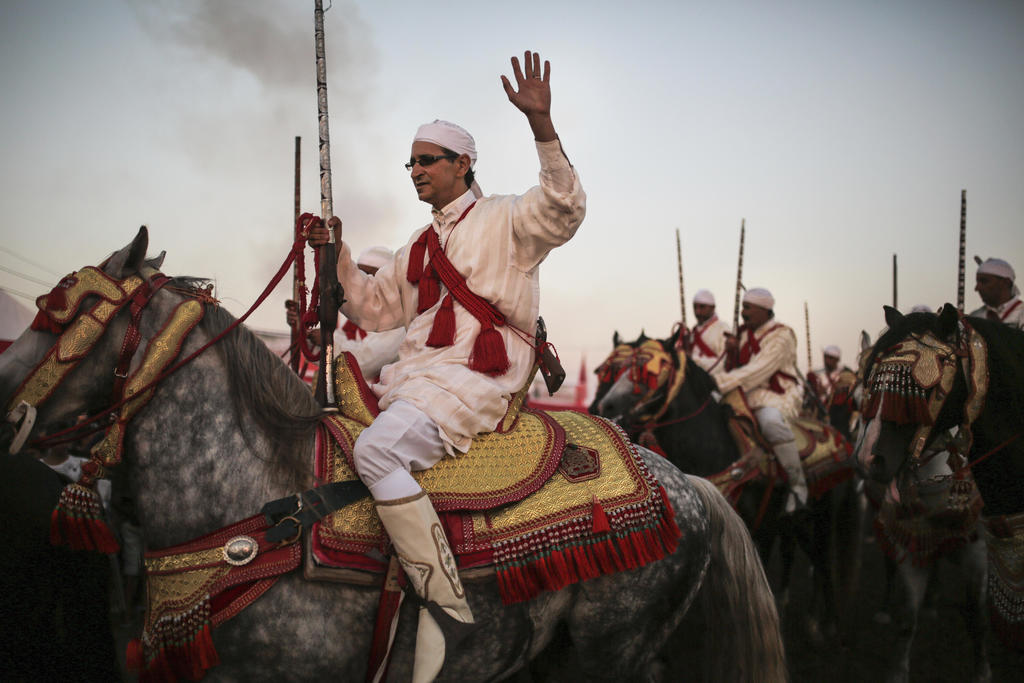 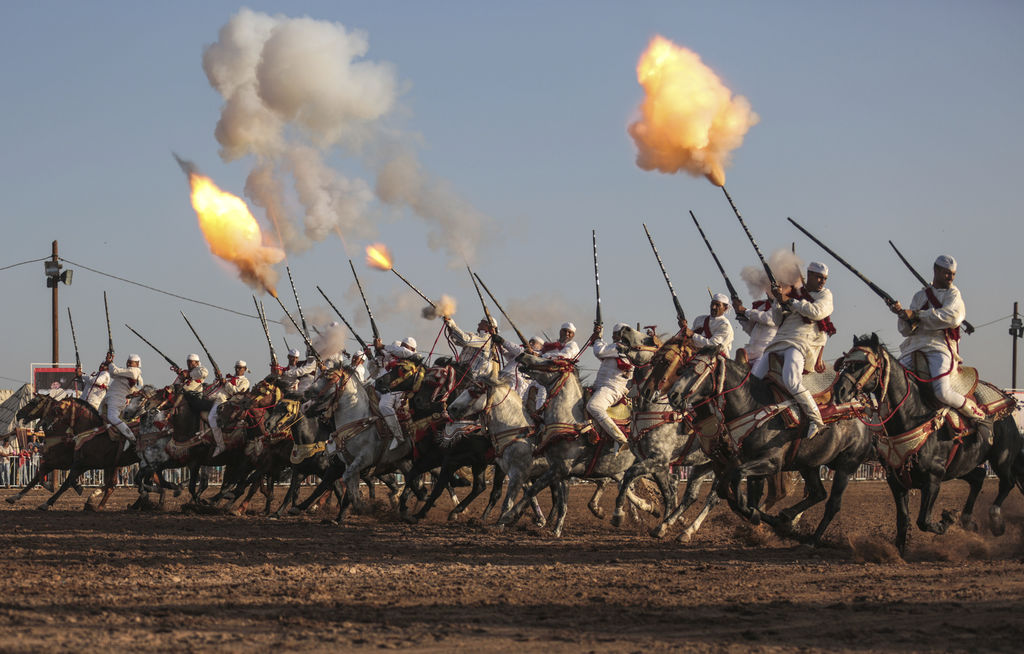 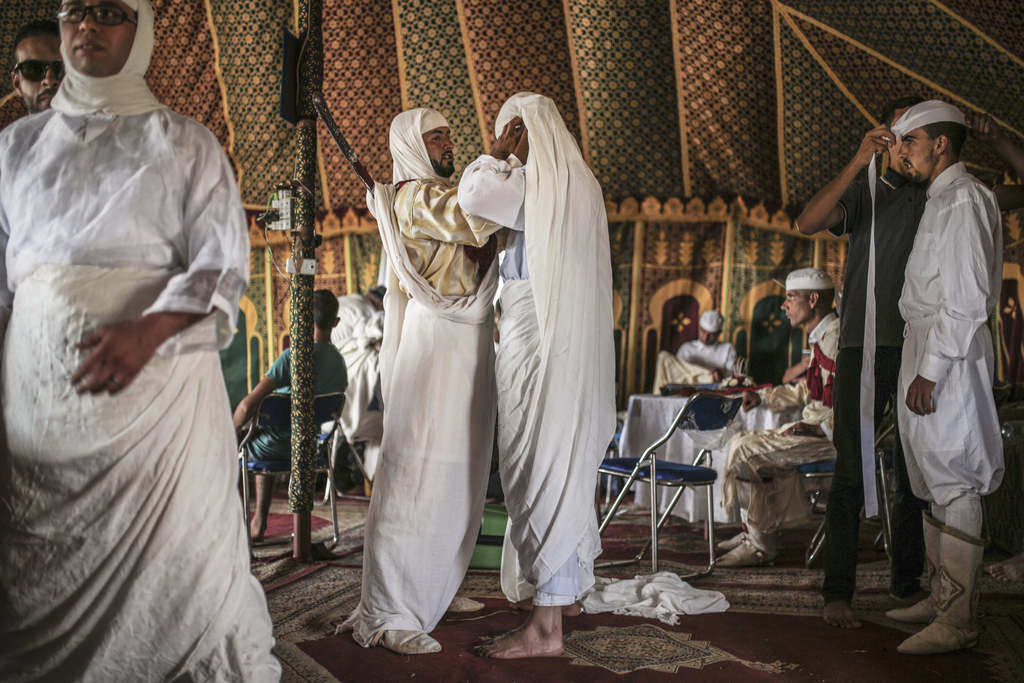 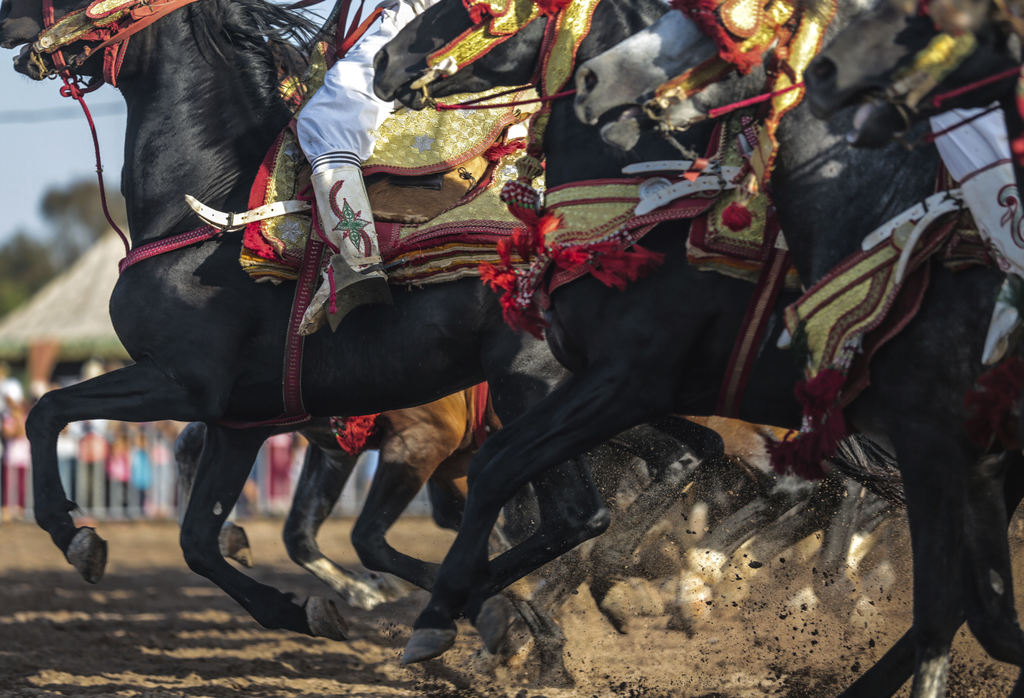 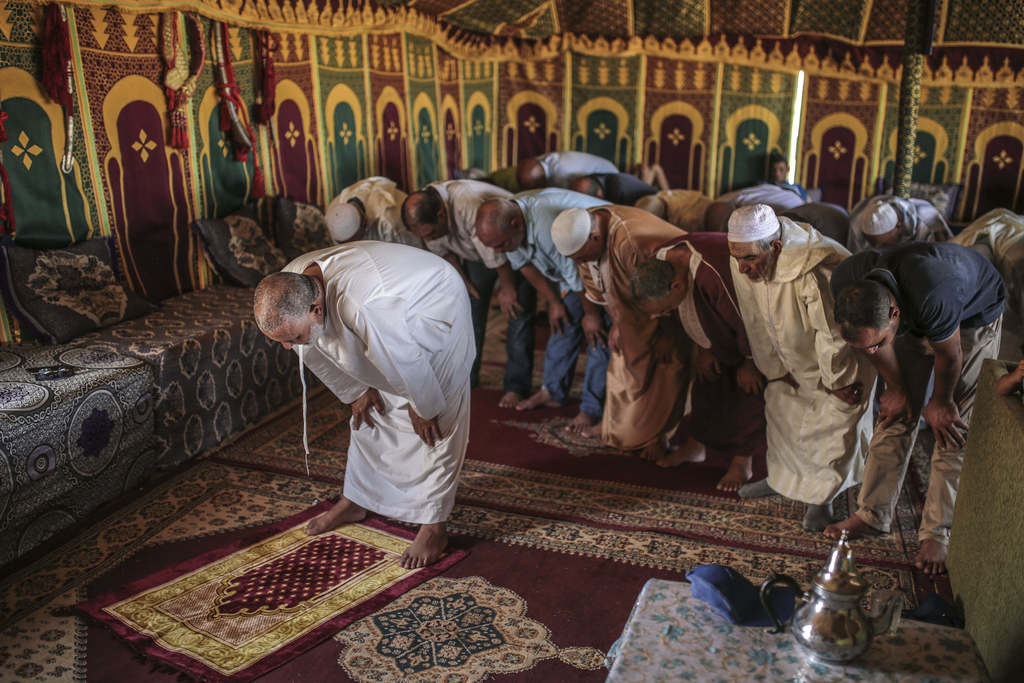 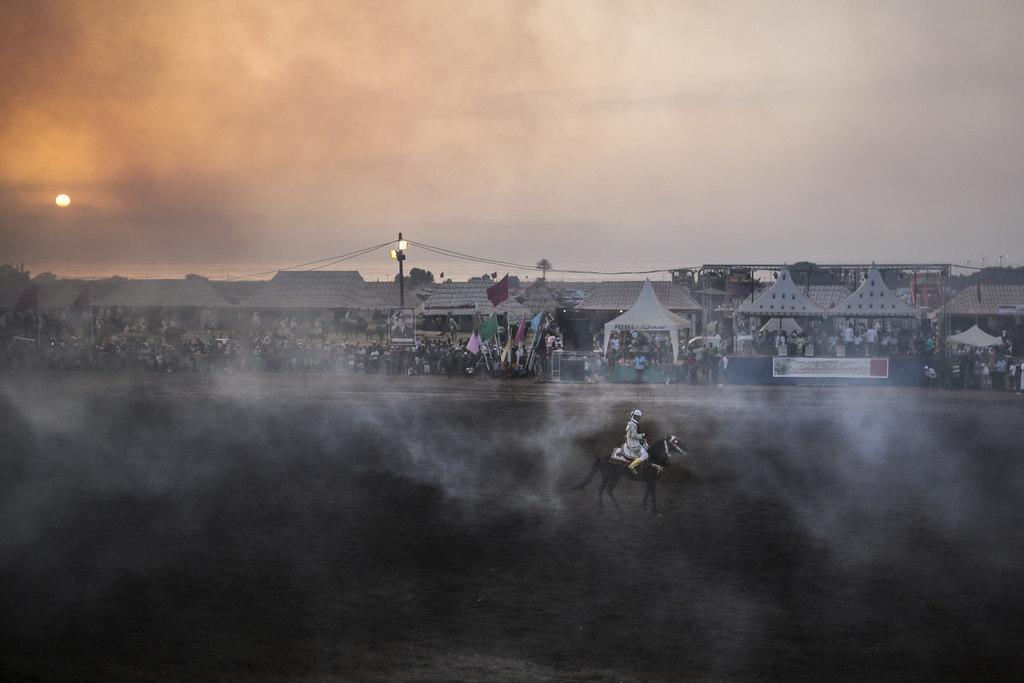 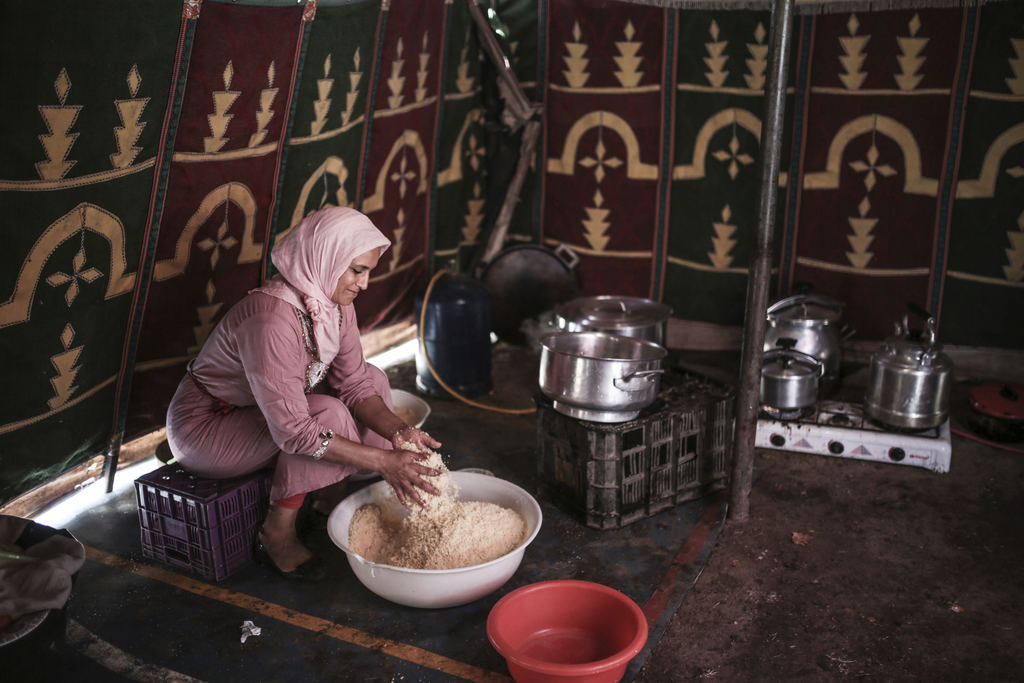 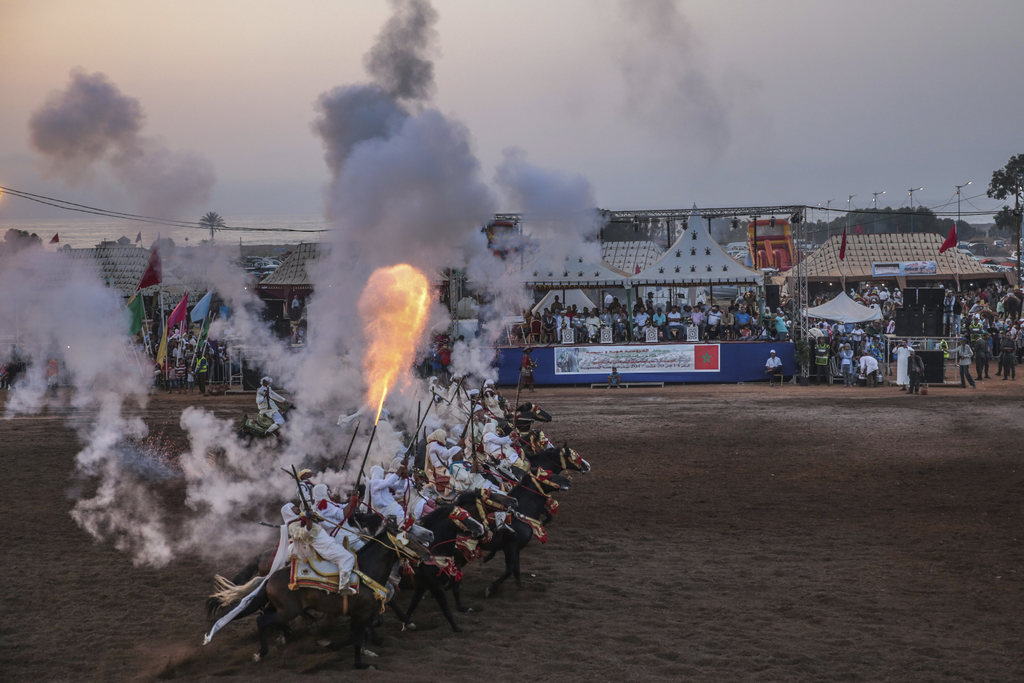 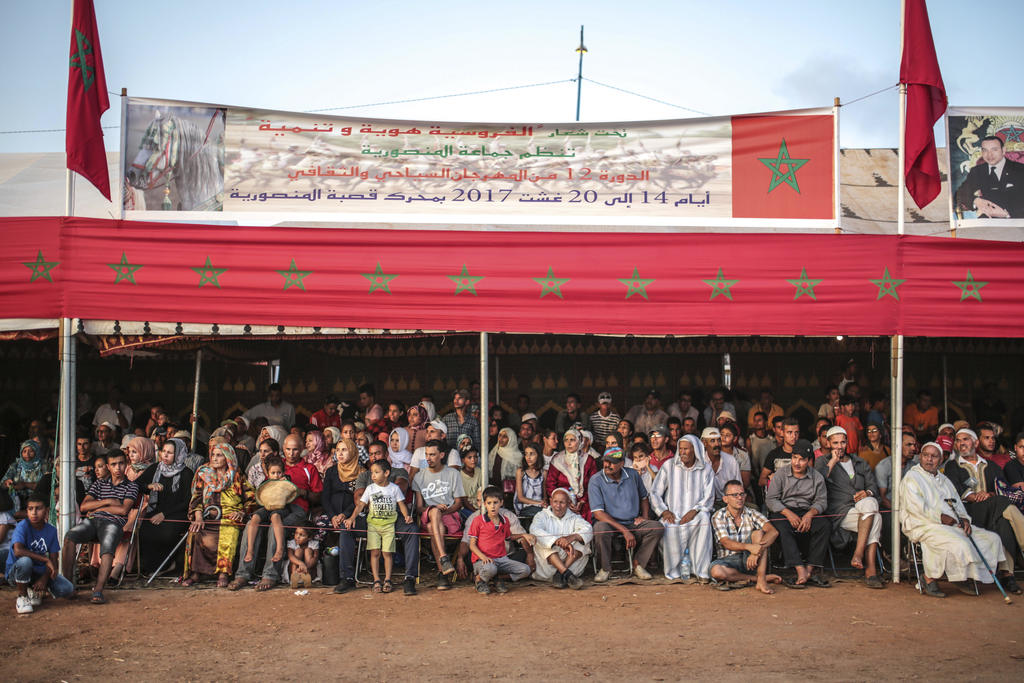 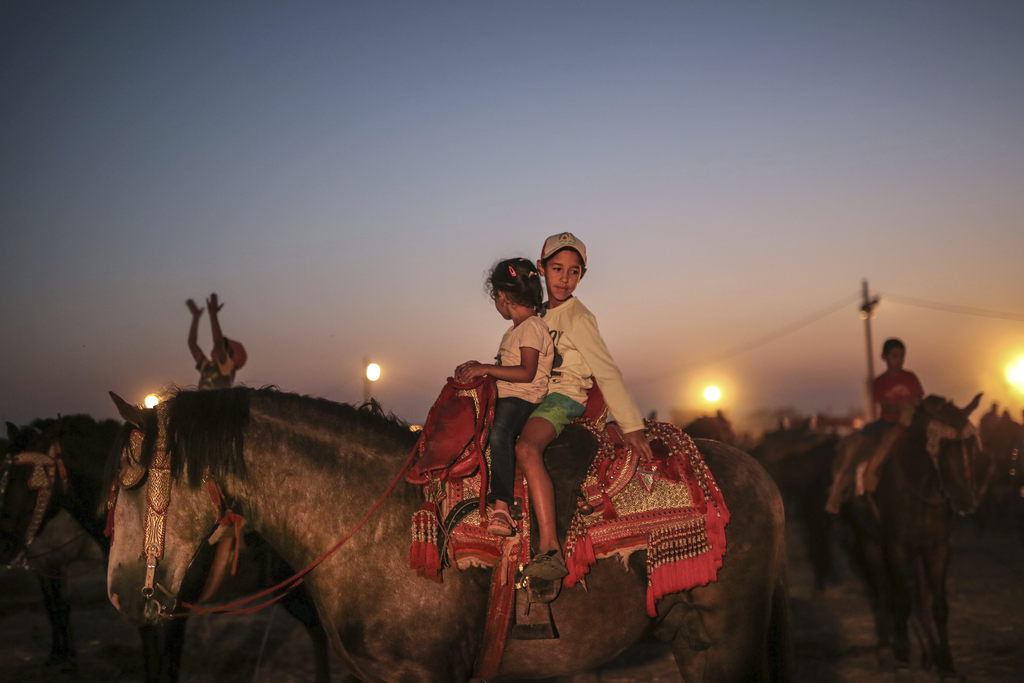 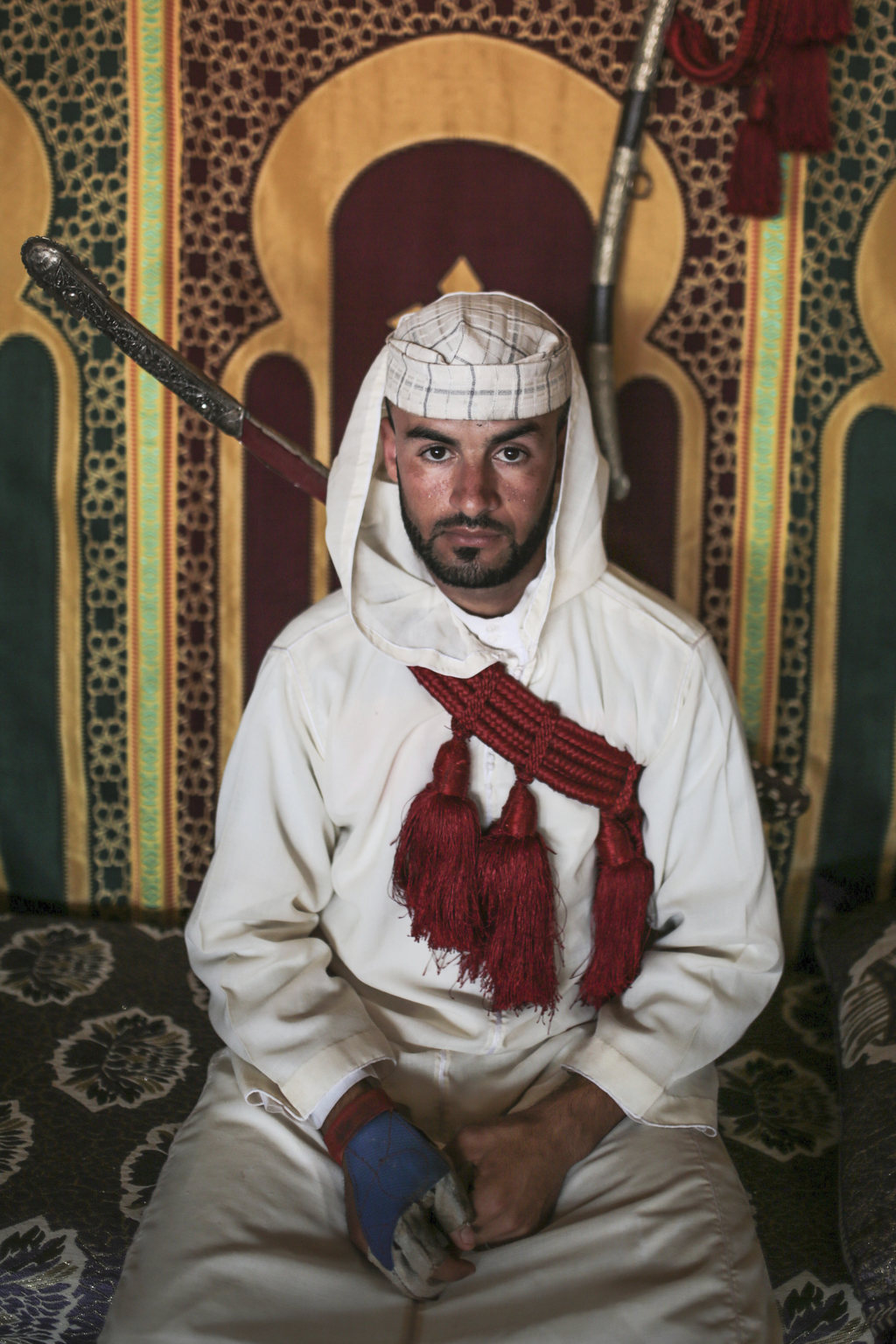 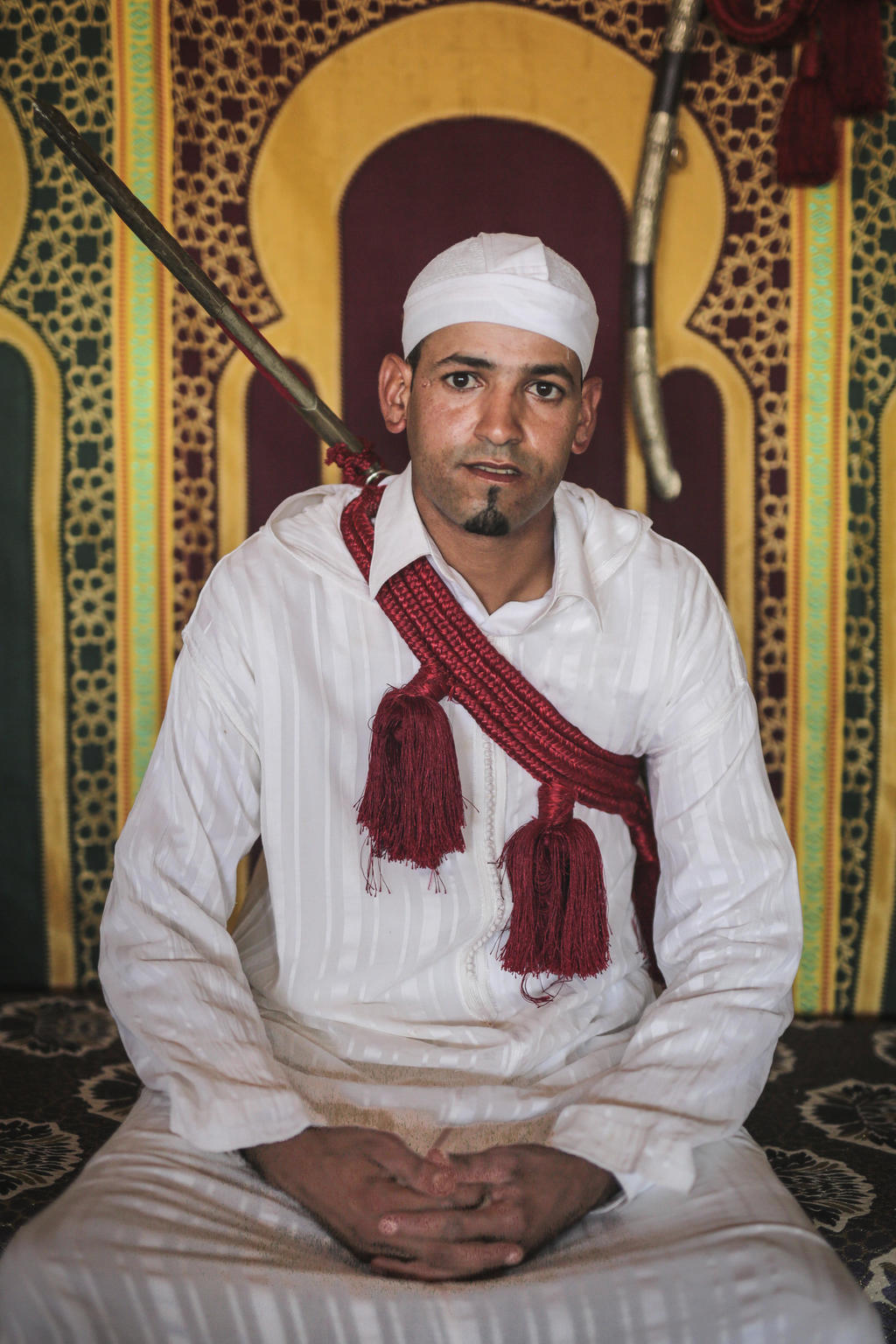 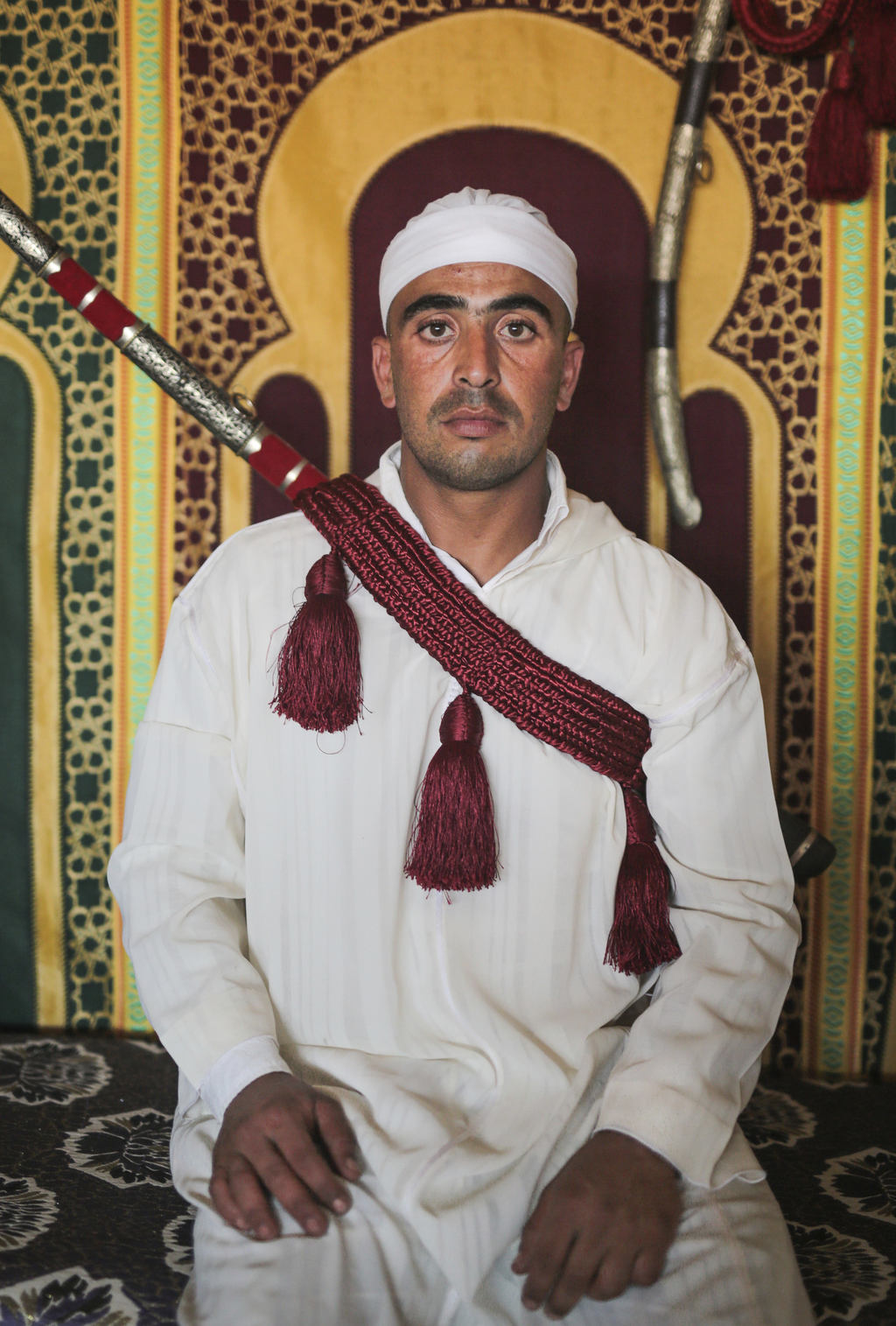 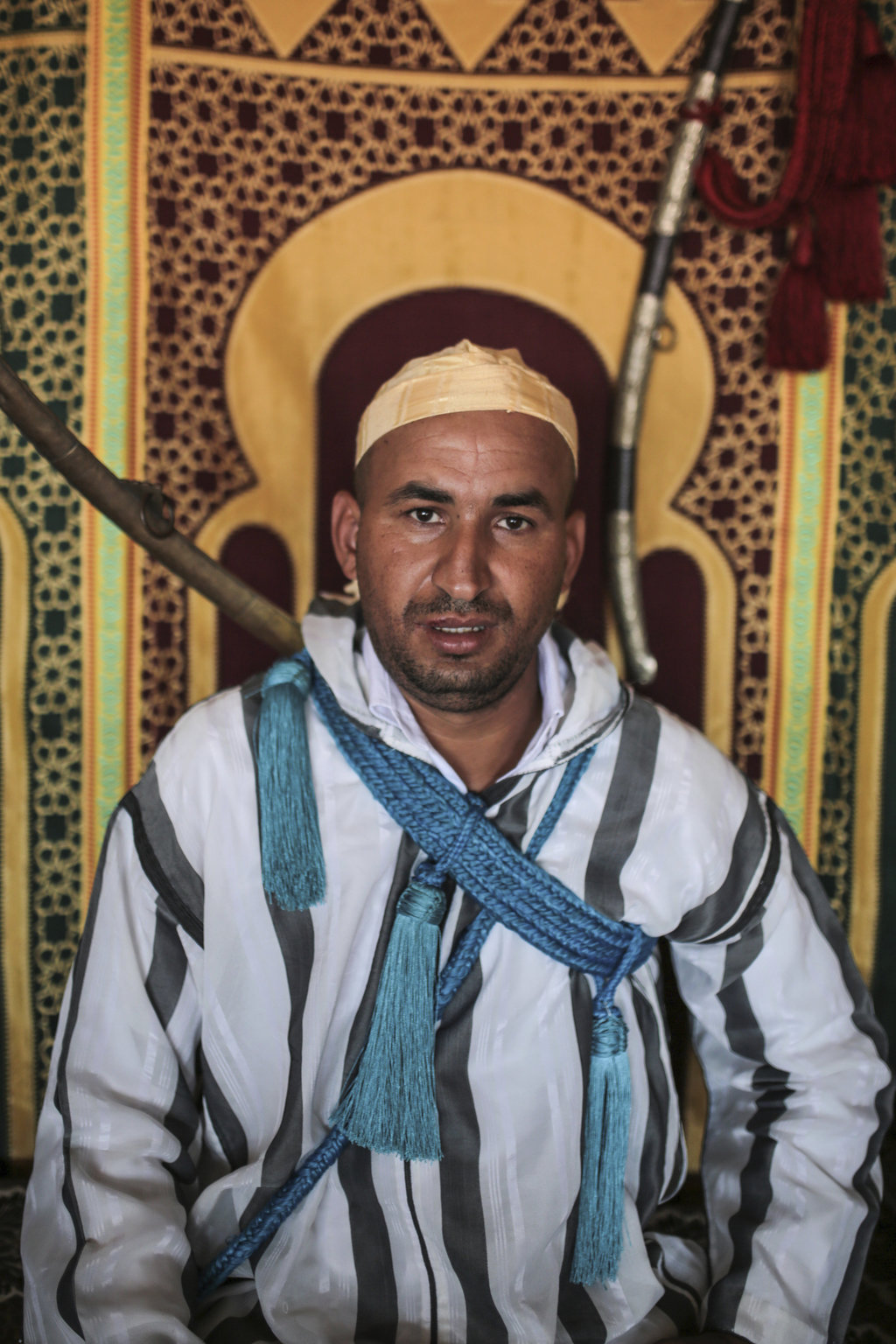 MANSOURIA, Morocco (AP) — In Morocco, an ancient tradition of horsemanship survives the test of time.

Thousands gathered recently in Mansouria, a small town south of the capital Rabat, to attend one of the oldest festivals in Morocco. Nineteen horse troupes came from different parts of the kingdom to celebrate a three-day event that blends courage, skill and tradition.

The competitive, synchronized horse riding is known as Tabourida, or La'ab Al-Baroud, "The Game of Powder." The display mimics and pays tribute to military parades performed by Arab and Berber tribes since the 15th century. It has become an integral display for many festivals across the country. Famed French artist Eugene Delacroix popularized Tabourida on canvas in the 19th century, dubbing it Fantasia, and the name has stuck.

Al-Mahdy Hayzoun, 23, has been riding in his troupe for 12 years, though he couldn't compete in this year's festival because of a recent gunpowder injury to his hand. He said Tabourida brings together people from all walks of life.

"There is the poor and the rich, people of different backgrounds," he said. "But once we're all on the field, next to each other, we're all equal, with the same goal."

Each troupe, or sourba, of 10 to 30 riders is judged on their synchronicity as a group. After lining up at the top of a track, wearing ceremonial robes and with their horses dressed in elaborate bridles and brightly-colored saddles, the lead rider calls out and the troupe races down the field.

After another signal from the leader, or muqadim, the riders brandish their guns and each fires a single shot in unison.

Although competition is fierce, today, there is no prize, and the only judge present is the audience. The more synchronized the display, the louder the cheer from the crowds. It takes skill, talent and a lot of discipline.

It also is an expensive and dangerous sport. Arabian or Berber horses of the highest stock can cost as much as 300,000 Dirhams ($30,000.) Inexperienced riders frequently fall from their horses, and troupes run the risk of hitting a barrier at the end of the track if they are unable to stop their horses in time.

In 2008, the Moroccan government established the Royal Complex for the Equestrian Arts and Tabourida, to preserve the sport and the handicrafts that go with it. They run national competitions for professional troupes with large cash prizes.

In some cases, the job of leading a troupe is passed down through families, while in others the troupe picks the most respected person to lead them.

"We inherited this," said Khalid Qarqoury, a 43-year-old public worker who leads his sourba, a position his father held before him. "Some do this for a year or two, but when you have the passion, you hold on the rifle for the rest of your life."