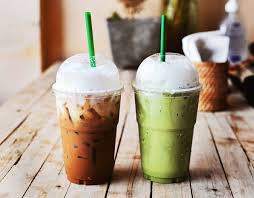 The Ministry of Health and Welfare Food and Drug Administration carried out it's annual summer iced-drink inspection during May to August. A total of 336 companies were inspected, among which 14 chain beverage stores did not meet the regulated requirements for beverage labeling. 419 drinks were tested both as drinks and raw materials, and of these, a total of 10 failed.

According to the results, a total of nine companies had iced products in which the amount of bacteria exceeded acceptable levels. These included a Kingyo in New Taipei City , an 85 degrees C in Taitung County , a Rabbit Rabbit Tea in Hsinchu County, a Sunshine Dessert House Kingyo (陽光甜品屋玉清店) in Miaoli County, a Taiwan's Tea Top (台灣第一味) in Taichung City, a Xiong Hao He (熊好喝) in Taichung City, a Taiwan’s Tea Top in Chiayi County , another Chiayi County Gu Zao Wei China Liang Bing Pin (古早味清涼冰品), a Kaohsiung City 85 degrees C in the Cishan district; and a Taoyuan City, Cha Yin Xiao Zhang’s (茶飲小棧) Oolong tea.

Among those with substandard labeling, in Taipei City, 14 chain beverage companies such as Louisa Coffee’s Shilin Zhongzheng outlet (路易莎咖啡), while Hualien and Taichung’s Dinggo Tea (叮哥茶飲) were noted. These were mostly for omitting to mark the origin of coffee, caffeine content, the origin of tea and the amount of sugar and calorie content.

Food and Drug Administration Southern District Management Center Director Liu Fang-ming said that people should pay attention to the hygiene of outlets where they bought iced drinks, including hygiene habits, environmental cleanliness and other details. After purchase the drinks should be consumed as soon as possible.

The FDA’s Liu pointed out that if the ingredients of iced drinks such as tea, tapioca balls, coffee and other raw materials were non-compliant with the relevant provisions of the 17th and 22nd articles of the "Food Safety and Health Management Act", companies could be fined from NT$30,000 to NT$3 million.