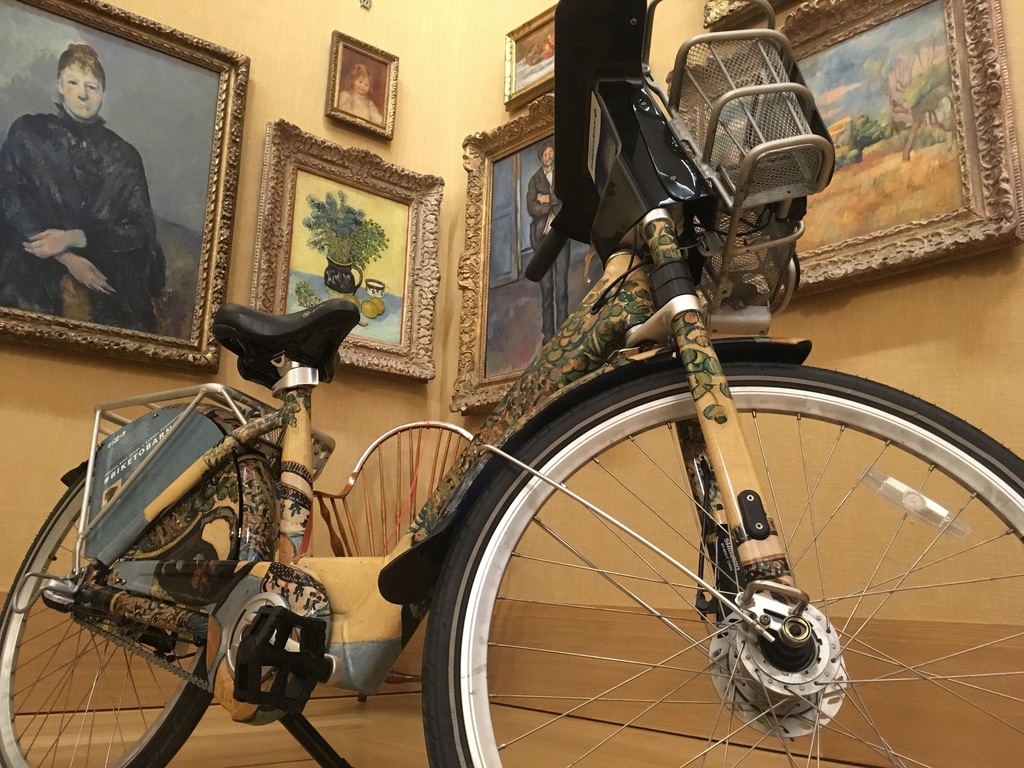 PHILADELPHIA (AP) — The Barnes Foundation has teamed up with Philadelphia's bicycle-sharing program to "peddle" the museum's fine artworks.

Twenty Indego bikes are being decorated to become rolling displays of paintings by such artists as Vincent Van Gogh.

The Barnes Foundation is hoping cyclists who take the art-inspired bikes for a spin will bring more people in to see the museum's world-class collection.

The pieces for the Indego bikes were selected through an online poll. The museum says Indego subscription holders will get free admission to the Barnes for a year after some of the bikes make their debut in September.