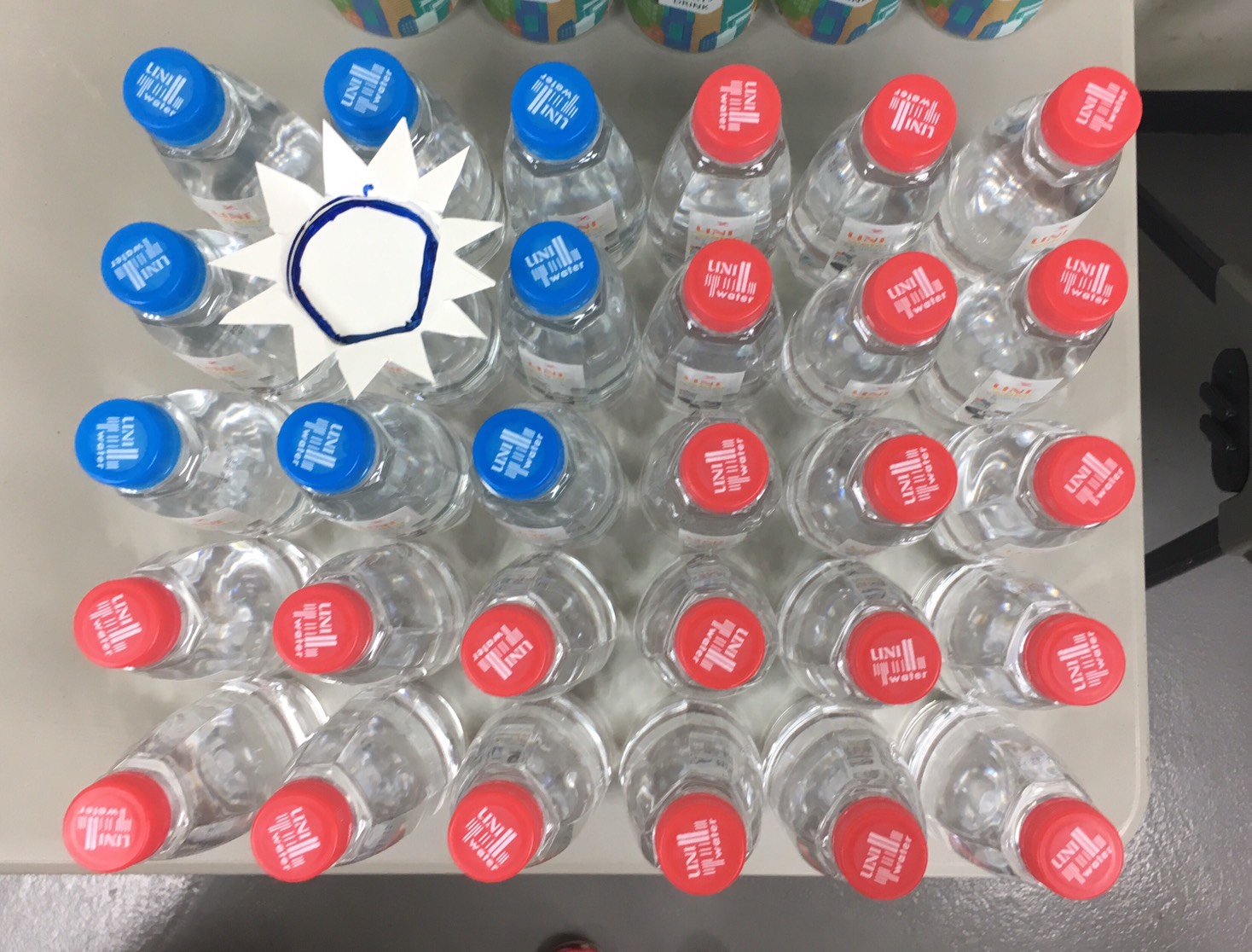 TAIPEI (Taiwan News) -- An unnamed Taiwanese athlete has posted a photo on social media of red and blue plastic water bottle caps arranged to form the colors and pattern of the Taiwanese flag, while a paper cutout placed on top of one of the bottles was added to serve as the star.

The gesture was not only an act of patriotism, but possibly an act of defiance against the rules set down by the International University Sports Federation (FISU), which require Taiwan to only display the Chinese Taipei flag at the Universiade games to comply with Olympic rules.

Due to pressure from China, the name Chinese Taipei and a separate flag has been used by Taiwanese athletes since 1981 to represent their team and country at international sports games. The name was originally taken by the then Kuomintang-led nationalist government which began ruling Taiwan in 1949. In recent years, however, despite of the fact that Taiwan has expressed in many occasions the wish to use Taiwan and it's official national flag to represent itself, it was repeatedly prohibited because of the insistence of the Chinese authorities.

However, Universiade officials did make one small concession by allowing spectators at events to cheer on Taiwanese athletes with Taiwanese flags, so long as they are no larger than 200 x 100 centimeters. Indeed, many Taiwanese flags have been seen in the stands at Universiade competitions starting with the opening ceremony.