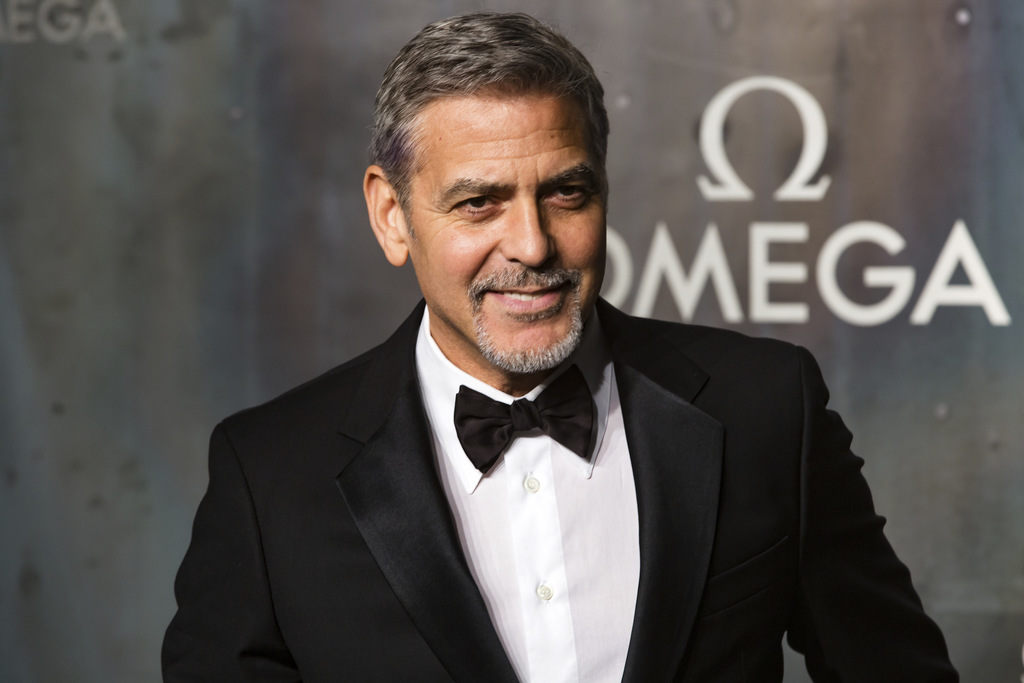 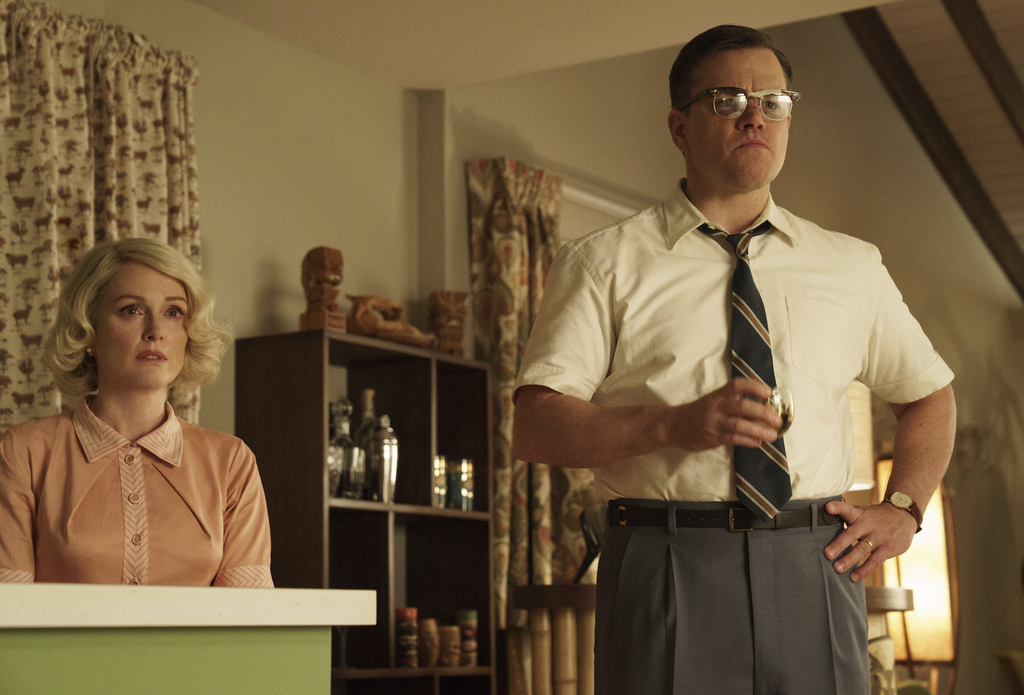 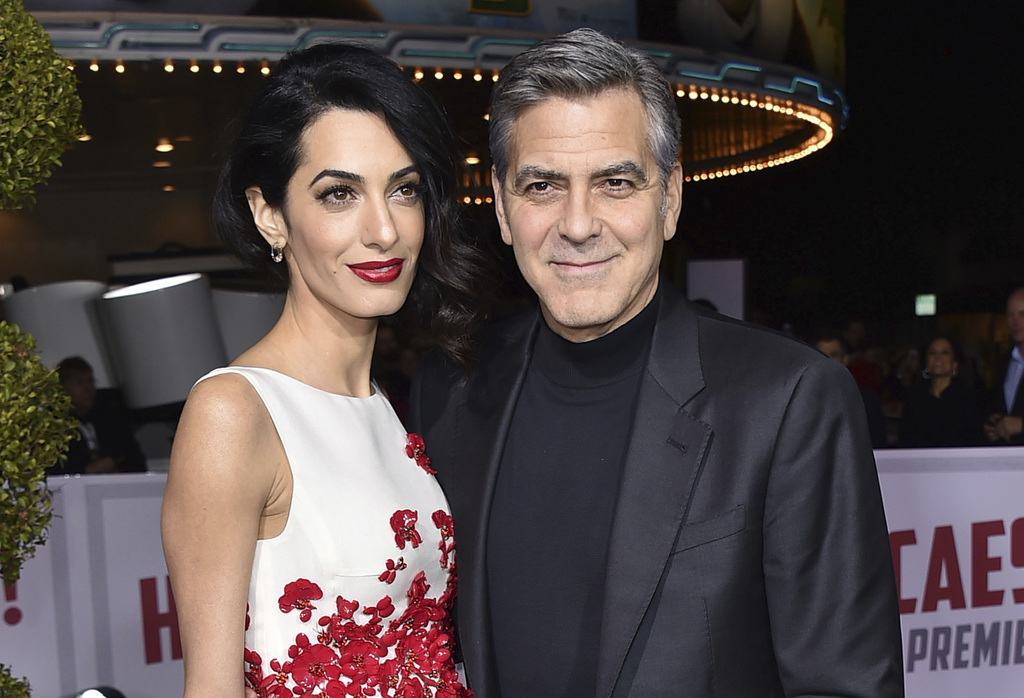 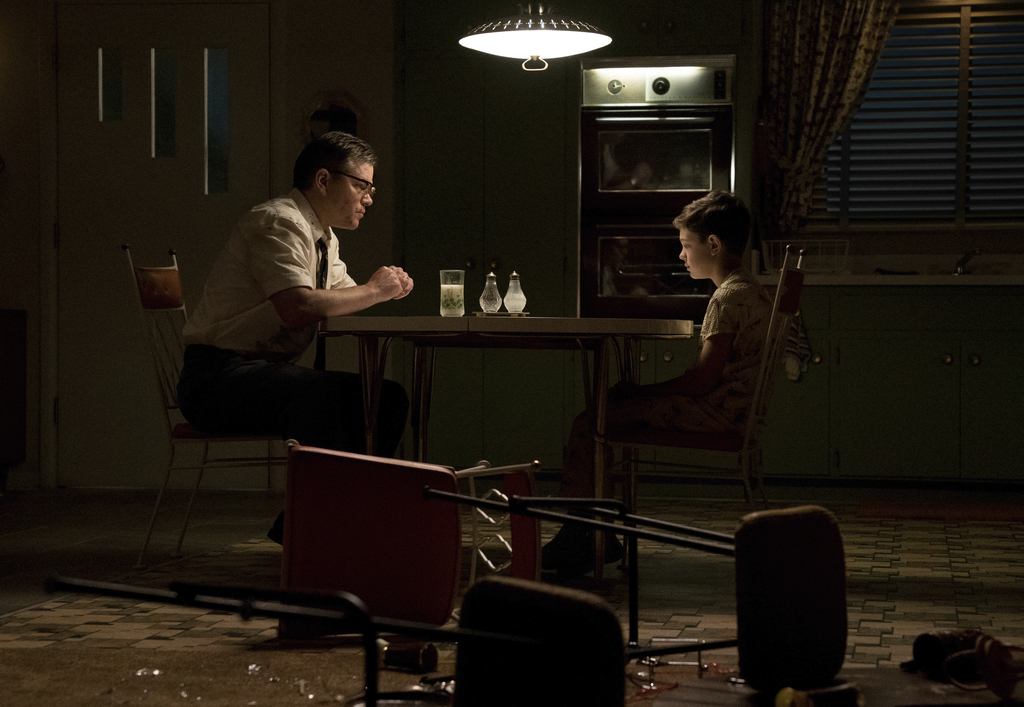 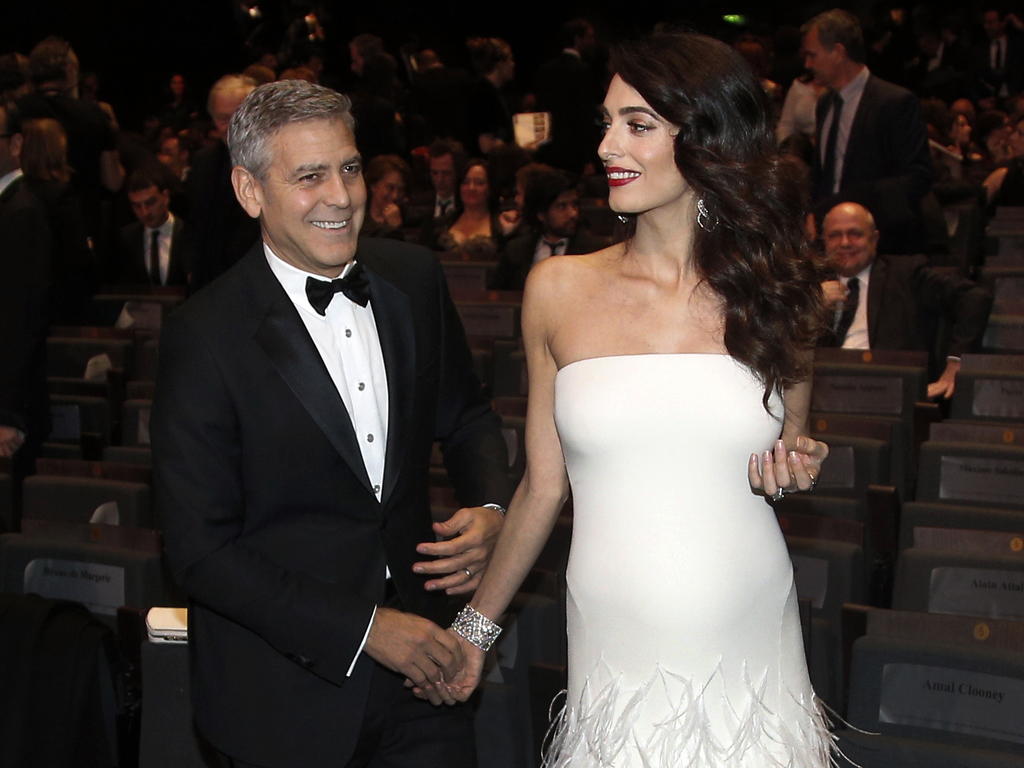 NEW YORK (AP) — Most things have changed in George Clooney's life since he and wife Amal welcomed twins in July. But as he prepares to unveil his latest directorial effort, "Suburbicon," some rituals remain eerily familiar.

"I just have to clean the barf off of my tux," says Clooney. "It used to be my barf but now it's the twins' barf. So it all works out."

It's a new chapter for Clooney, but one with some old moves. "Suburbicon," which Paramount Pictures will release Oct. 27, marries two twin passions of his: farce ("Burn After Reading," ''O Brother Where Art Thou") and socially conscious filmmaking ("Good Night and Good Luck," ''Ides of March").

But despite the comic trailers, it leans a little more to the latter. Clooney believes the film, which peers into the dark racial tensions of 1950s suburbia, is deeply relevant to Donald Trump's America. It bristles, he hopes, with the spirit of Howard Beale, the truth-telling "Network" newsman who yelled, "I'm mad as hell and I'm not going to take it anymore."

"I last week screened it for my good friend Norman Lear. When it was over, he looked over and said, 'This is the angriest film I've ever seen,'" said Clooney in a recent interview with The Associated Press. "It's a pretty angry film. There's a lot of anger out there. I think that's reflected in the film.

"The main idea of the film was to pick some fights and I always like picking fights."

That makes "Suburbicon" potentially one of the more combustible films of the fall movie season. It boasts a starry cast (Matt Damon, Julianne Moore, Oscar Isaac) and comes from an unproduced, decades-old script by Joel and Ethan Coen about rampant suburban paranoia and fear-mongering after a home invasion.

For Clooney and his writing-producing partner Grant Heslov, the Coens' characters were perfect for plans of their own to dramatize 1950s Levittown, Pennsylvania, and specifically the enclave's response in 1957 to a black family moving in. It's a tale, they believe, that mirrors today's political landscape.

"I found it interesting to talk about building walls and scapegoating minorities," said Clooney. "I think that's always an interesting topic but particularly when I was hearing these conversations on the campaign trail. I thought: It's always good to look back and remember that nothing really is new and every time we're shocked, we forget that we've had this behavior time and time and time again."

Clooney and Amal last week announced a $1 million grant, through their Clooney Foundation, to the Southern Poverty Law Center to combat hate groups. The donation was a reaction to Charlottesville. Clooney, a longtime liberal activist, doesn't mince his words when it comes to President Donald Trump.

"It becomes increasingly clear how in over his head and incapable this man is of being president of the United States," said Clooney. "The good news is that our other institutions — meaning press, finally, and judges and senators — have proven that the country works. There is a check and balance."

But if Clooney sounds unusually pugnacious for a newfound father, he grants his life has changed drastically in the last two months. "Suddenly, you're responsible for other people, which is terrifying," he chuckled before heaping credit on his wife. "She's like an Olympic athlete," he says. "She's doing so beautifully."

"Right now my job is changing diapers and walking them around a little bit," said Clooney, speaking from his home in Lake Como, Italy. "I really didn't think at 56 that I would be the parent of twins. Don't make plans. You always have to just enjoy the ride."

"Suburbicon" is Clooney's sixth film as director and first since 2014's "The Monuments Men." Filmmaking remains his focus, at least professionally speaking.

"I'm in an interesting place in my life. I'm acting almost never — for a lot of reasons, mostly because I don't have any great interest in it and haven't read anything (good enough)," he says. "If somebody showed up with 'The Verdict,' I'd jump but it's not all that often you get 'Michael Clayton' kind of scripts. And if you're not going to get those, there's no real point at this point in my career."

"They still let me do what I want to do," Clooney adds. "As long as that's the case, then I'm going to keep doing it. For me, you've got to keep pushing the envelope until they take everything away — which they eventually do with everybody."