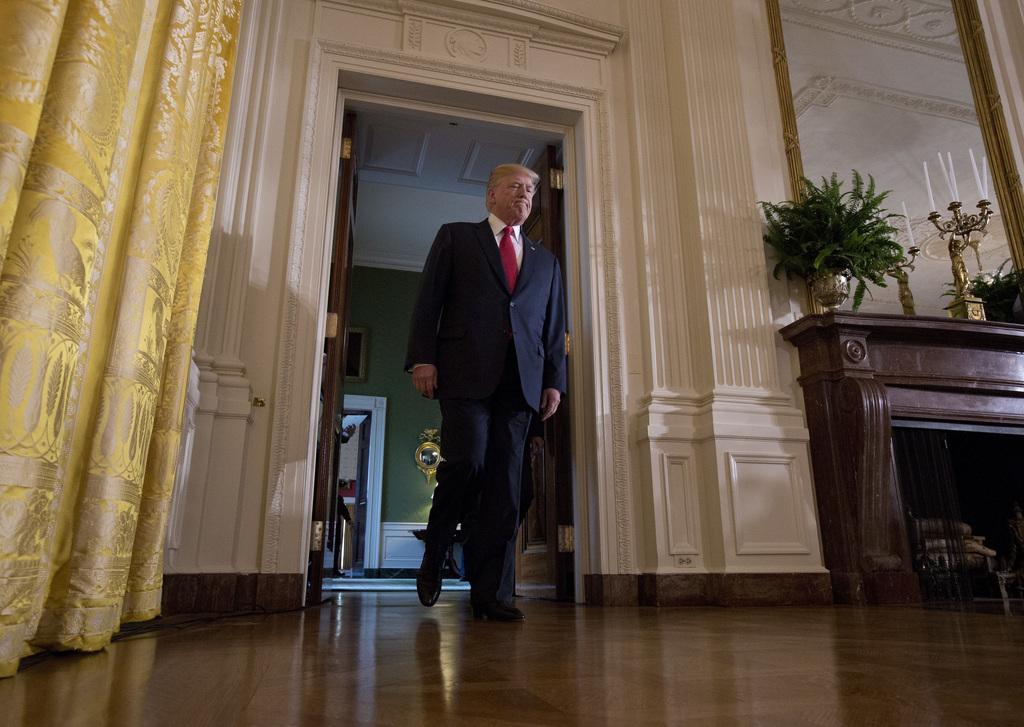 Trump says, "One way or the other Mexico will pay for the wall." He says the project may be funded by the United States, but "ultimately" Mexico will pay.

Trump recently suggested he would force a federal government shutdown unless Congress provides funding for a wall.

He said Monday that he hopes that is "not necessary." But he adds, "if it's necessary, we'll have to see."

Trump was speaking at a news conference Monday with the president of Finland.

Trump is also repeating his criticism of the North American Free Trade Agreement. The U.S., Mexico and Canada began formal negotiations on the pact earlier this month.

President Donald Trump is defending his decision to pardon Joe Arpaio, calling the former Arizona sheriff a "patriot" who loves his country.

Trump was asked about his controversial decision during a joint press conference with the president of Finland on Monday.

Trump says Arpaio did a "great job for the people of Arizona" but was treated "very unfairly" by the Obama administration.

Trump adds that he stands by his pardon and says, "I think the people of Arizona who really know him best would agree with me."

Arpaio faced a possible jail sentence due to a federal conviction stemming from his immigration patrols.