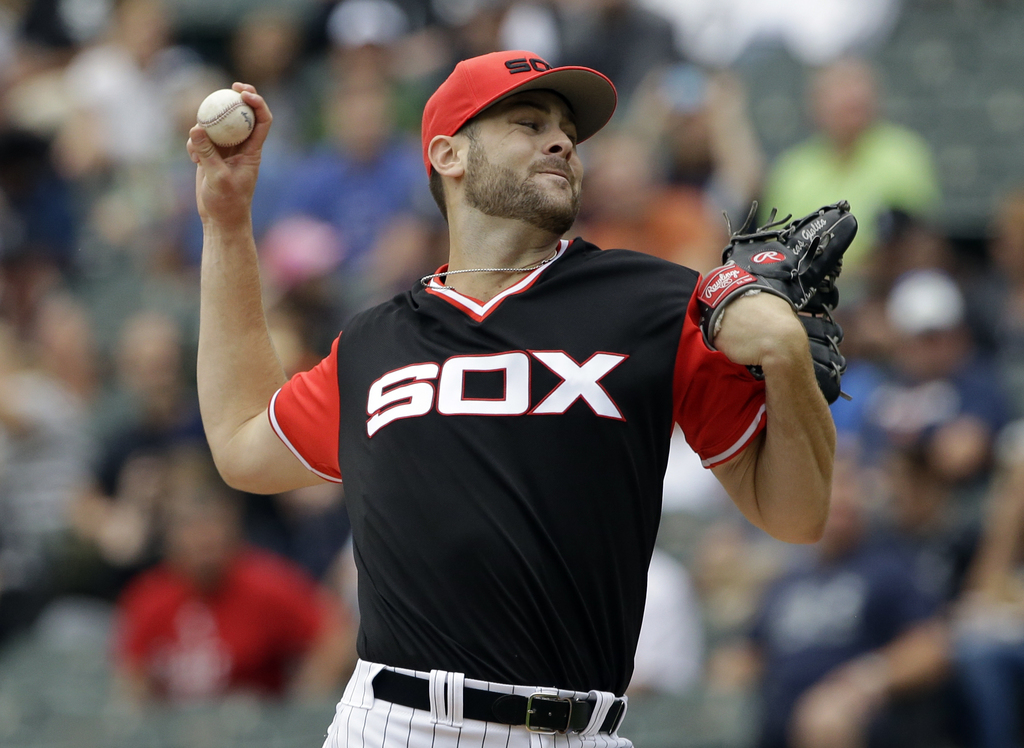 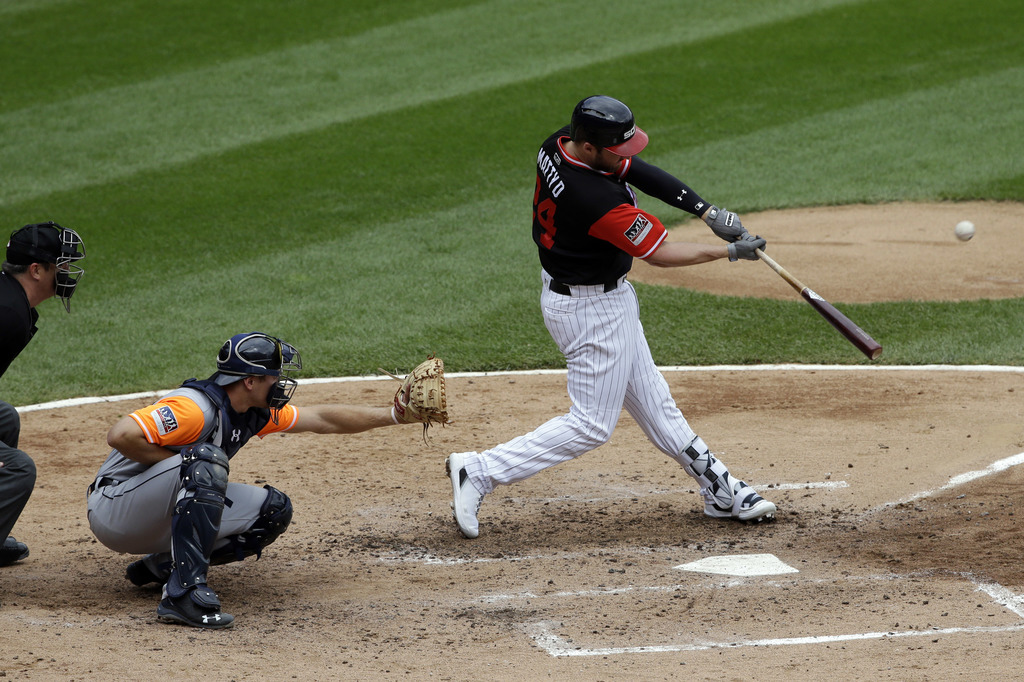 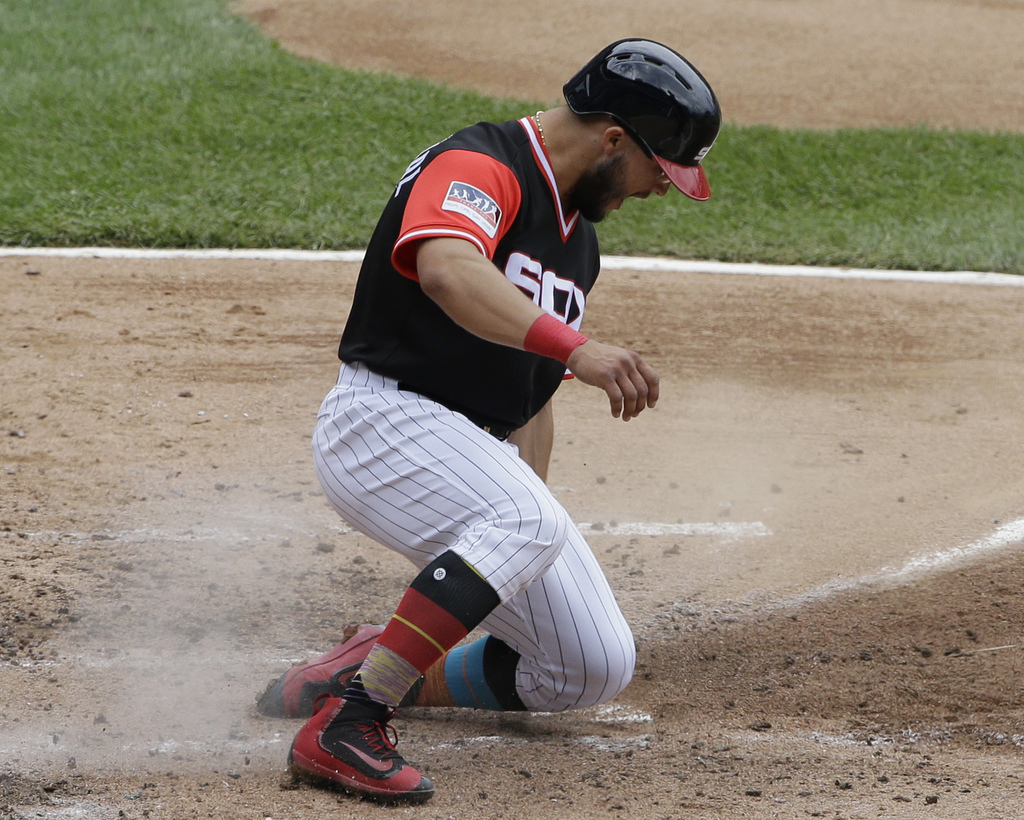 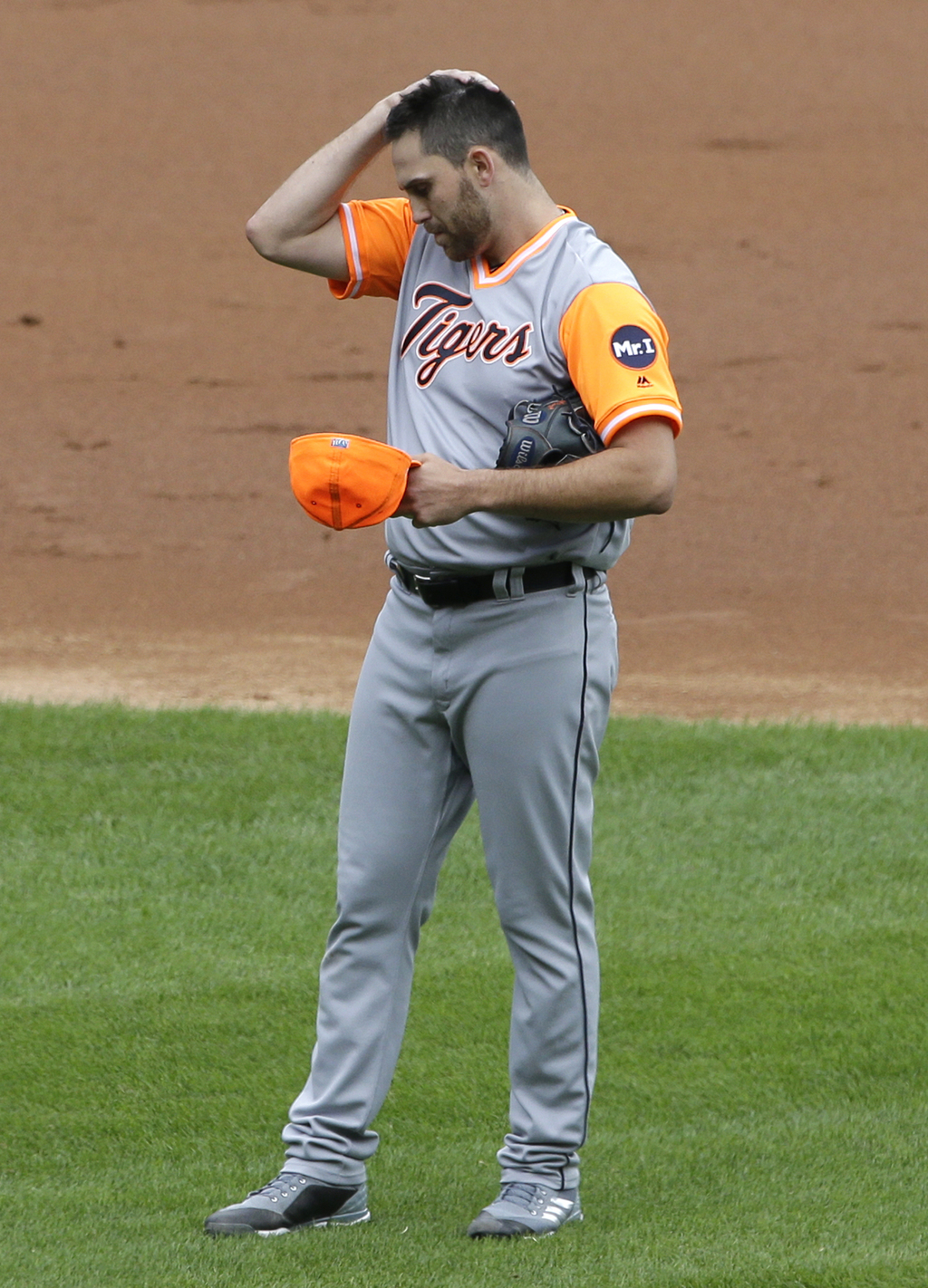 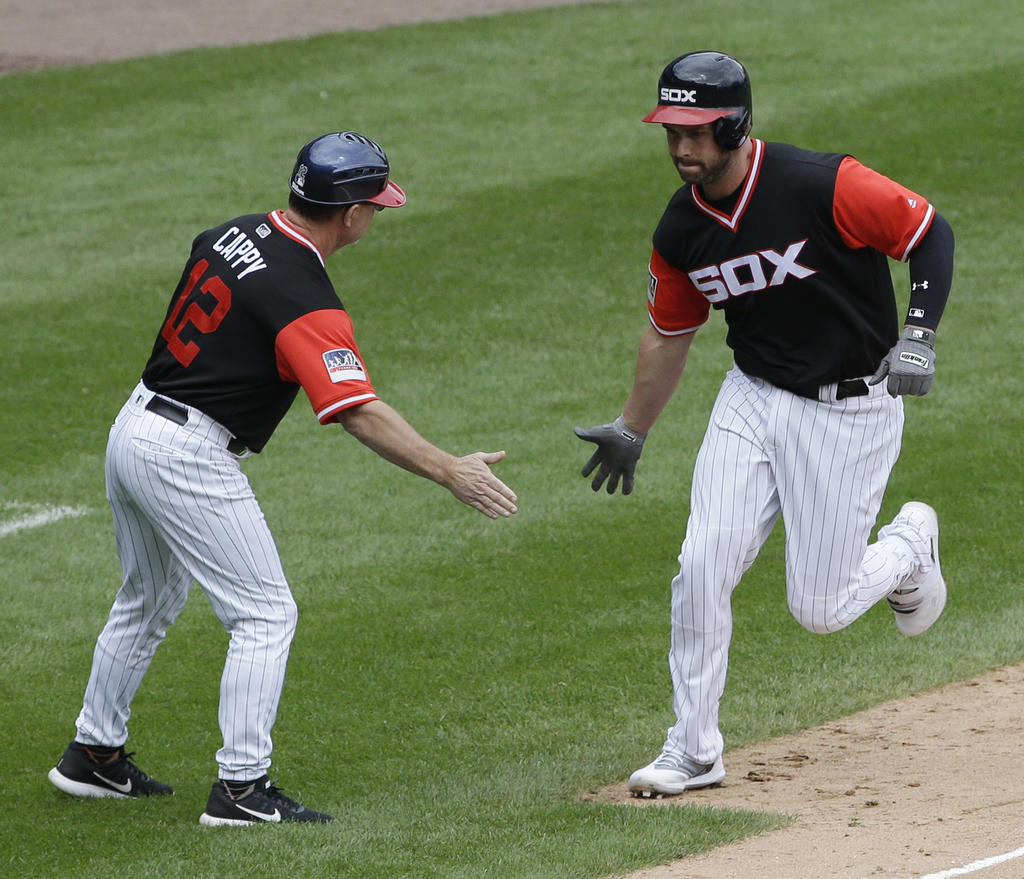 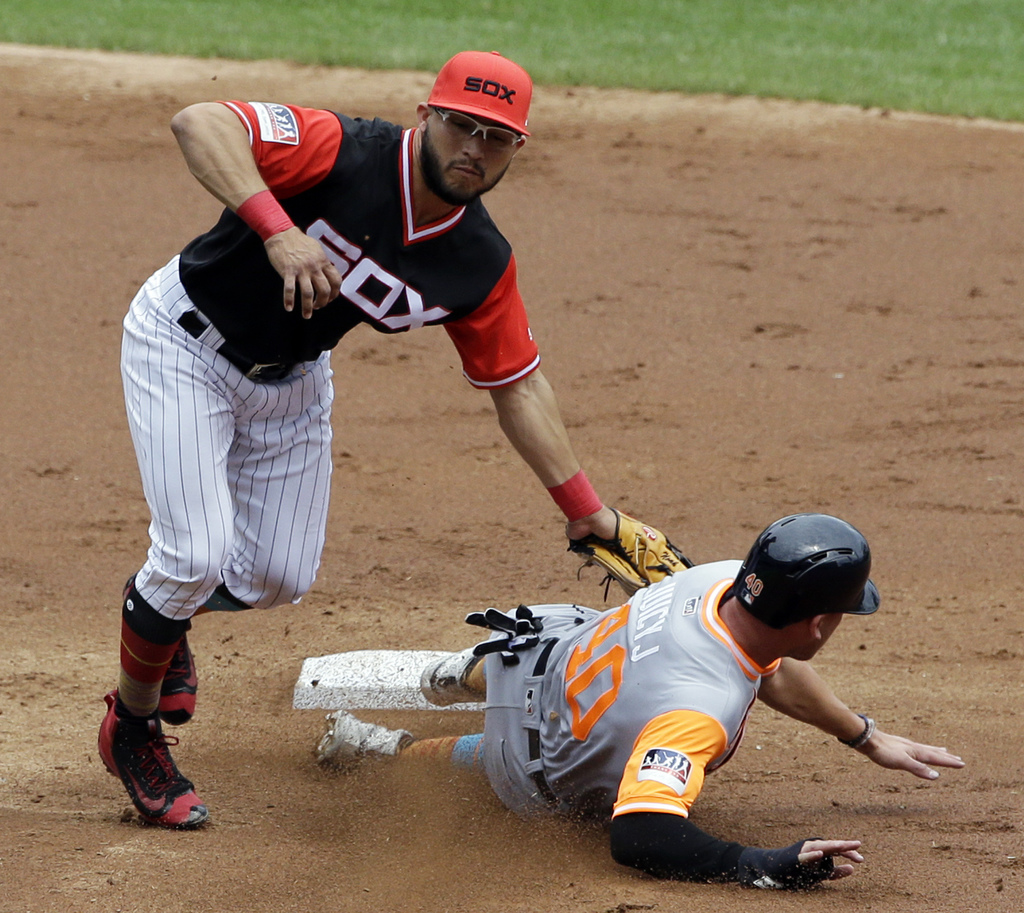 Giolito (1-1) limited the Tigers to three hits in his second start with the White Sox after they acquired him in a December trade with Washington for outfielder Adam Eaton. The right-hander had never pitched past the sixth in five previous major league starts. Giolito allowed four runs in six innings against Minnesota in his season debut Tuesday.

Yolmer Sanchez had three hits for the White Sox, who have won four of five and took two of three from the Tigers.

Ian Kinsler hit his 14th home run for the Tigers, who lost for the 16th time in 21 games.

Matthew Boyd (5-8) allowed five runs and seven hits in six innings. He was 0-2 with a 10.19 ERA in five previous appearances this month. Boyd has given up 16 earned runs in 20 innings against Chicago this season.

Davidson homered for the first time since July 31 after missing three weeks with a right wrist contusion. His 23rd home run, a three-run shot, put the White Sox ahead 5-0 in the third. Tim Anderson had an RBI double and Tyler Saladino added an RBI single in the five-run inning.

Jose Iglesias' fly ball down the left-field line was initially called a grand slam in the seventh before the umpires conferred and ruled it foul without a review or argument from the Tigers. Iglesias grounded out to leave the bases loaded.

Kevan Smith added a sacrifice fly and Sanchez had an RBI single in the eighth off the Tigers' Zac Reininger, who made his major league debut.

The Tigers placed designated hitter Victor Martinez on the 10-day disabled list Sunday because of an irregular heartbeat, the second time he has landed on the DL this season for the condition.

Manager Brad Ausmus said Martinez experienced a racing heart after his last at-bat during Saturday's 6-3 victory over the White Sox. Martinez spent the night in a hospital and his heartbeat was regulated. He was expected to be released Sunday and travel by car to Detroit, where doctors will try to determine the cause.

"You don't mess around with the heart," Ausmus said. "We're not talking about a sprained ankle or something minor like that. This is something you take very serious because it could be life-threatening."

In a corresponding move, the Tigers called up outfielder JaCoby Jones from Triple-A Toledo. Detroit will rotate players at designated hitter while Martinez is out, Ausmus said.

Tigers: DH Nick Castellanos (sprained left wrist) returned to the lineup after missing two games. .LHP Daniel Norris (left groin strain) is 0-1 with an 8.64 ERA in three rehab outings with Triple-A Toledo. Ausmus said Norris may make another rehab start before he is activated. .RHP Anibal Sanchez (left hamstring strain) was eligible to come off the DL Sunday and was expected to throw a bullpen session. The team will determine if he needs a rehab assignment.

White Sox: INF/OF Nicky Delmonico said his sprained right wrist is feeling better, and he hopes to return soon. He went on the 10-day DL Saturday. . LF Leury Garcia (back stiffness) made his first start since Thursday.

Tigers: RHP Jordan Zimmermann (7-11, 6.11 ERA) is set to start the opener of a three-game series at Colorado on Monday.

White Sox: After an off day Monday, RHP James Shields (2-4, 5.63) will start the series opener Tuesday at Minnesota.