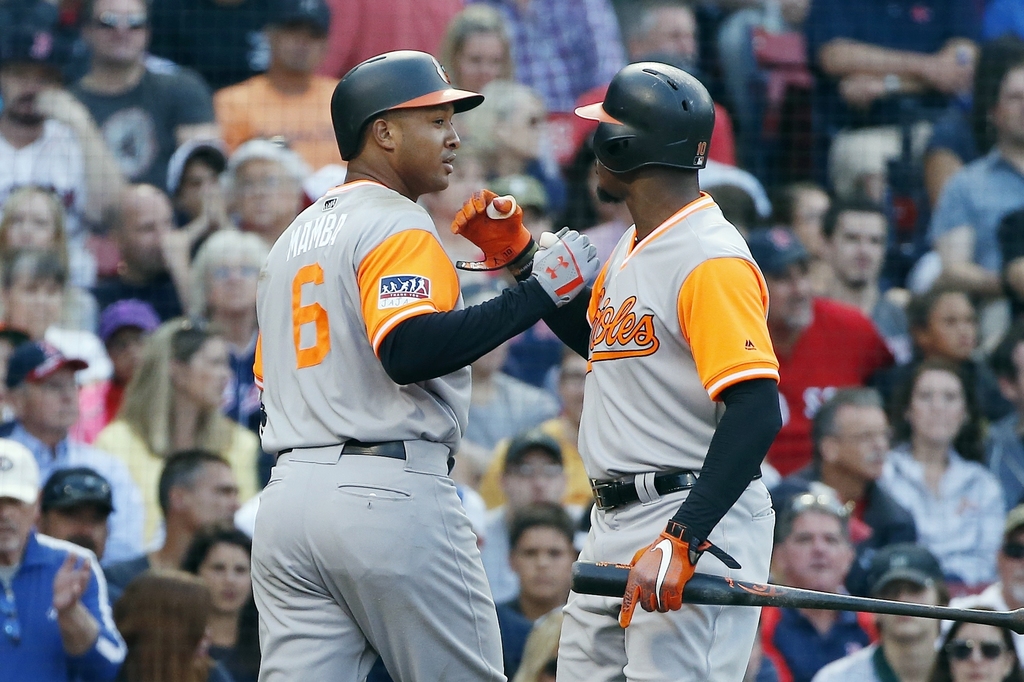 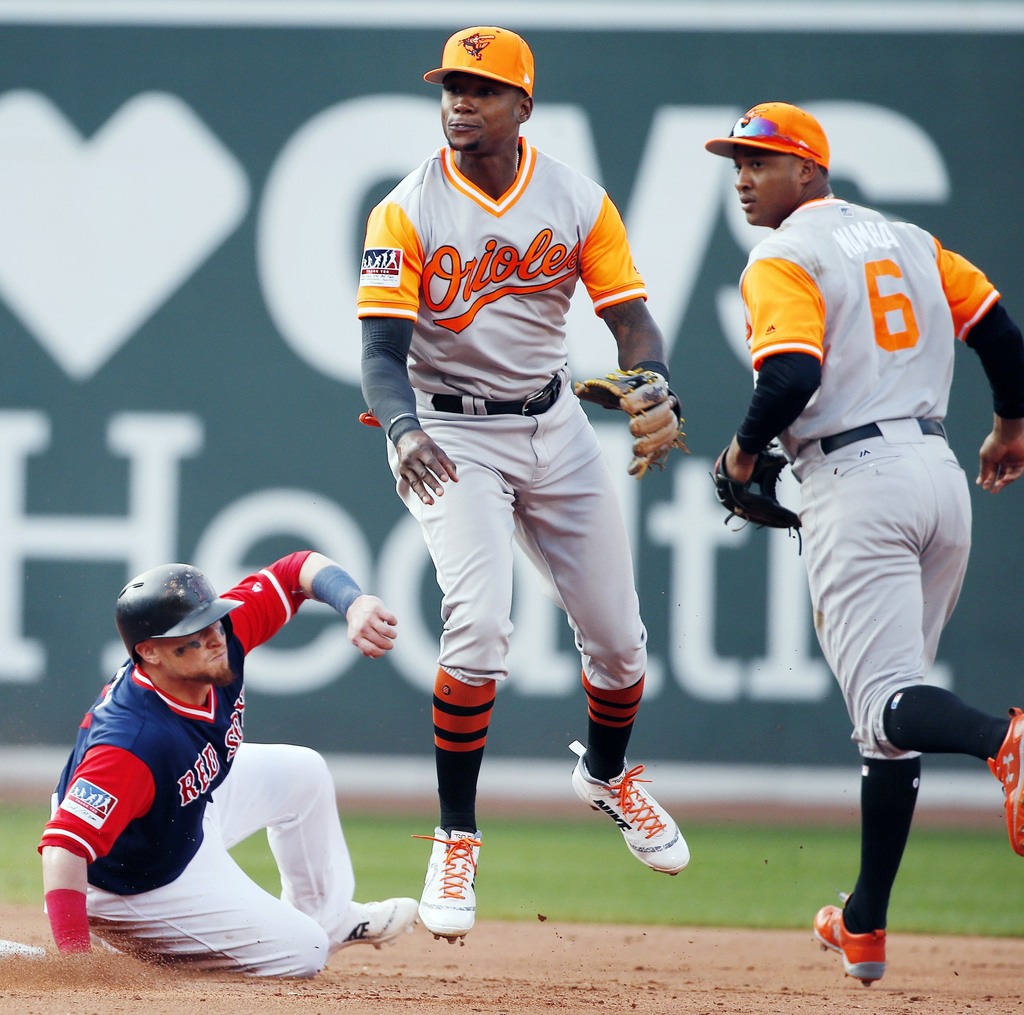 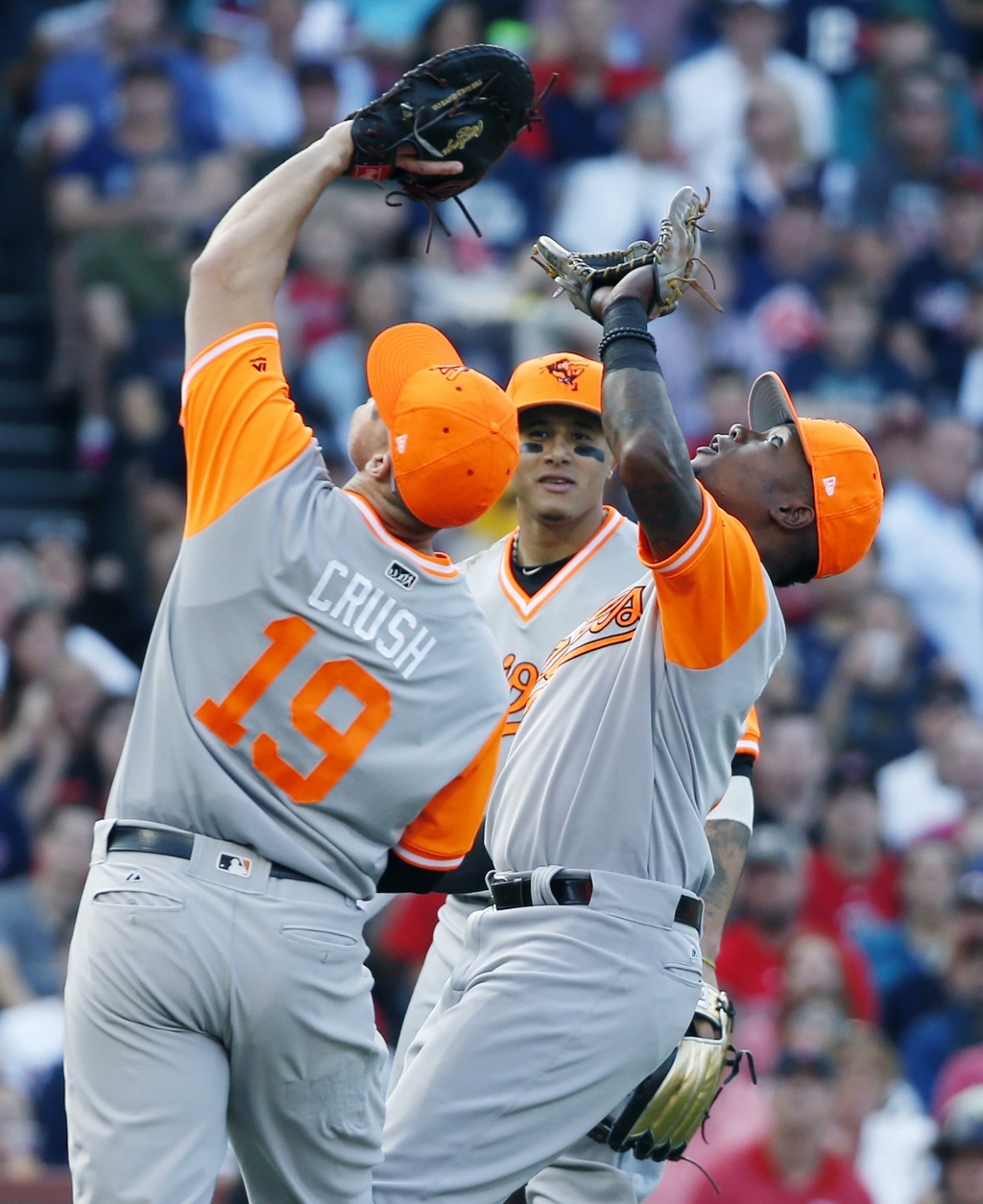 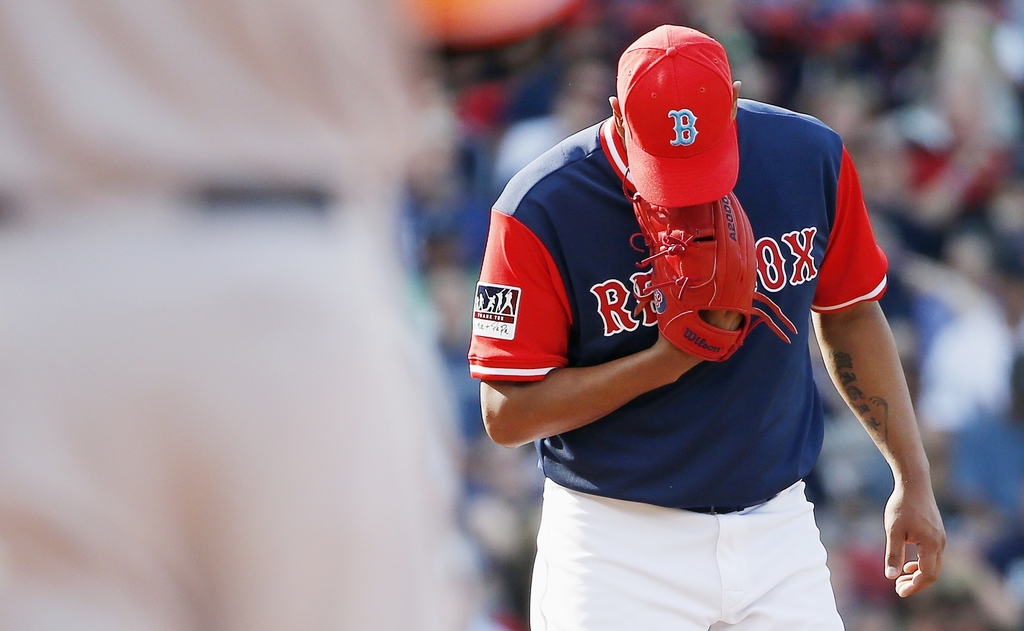 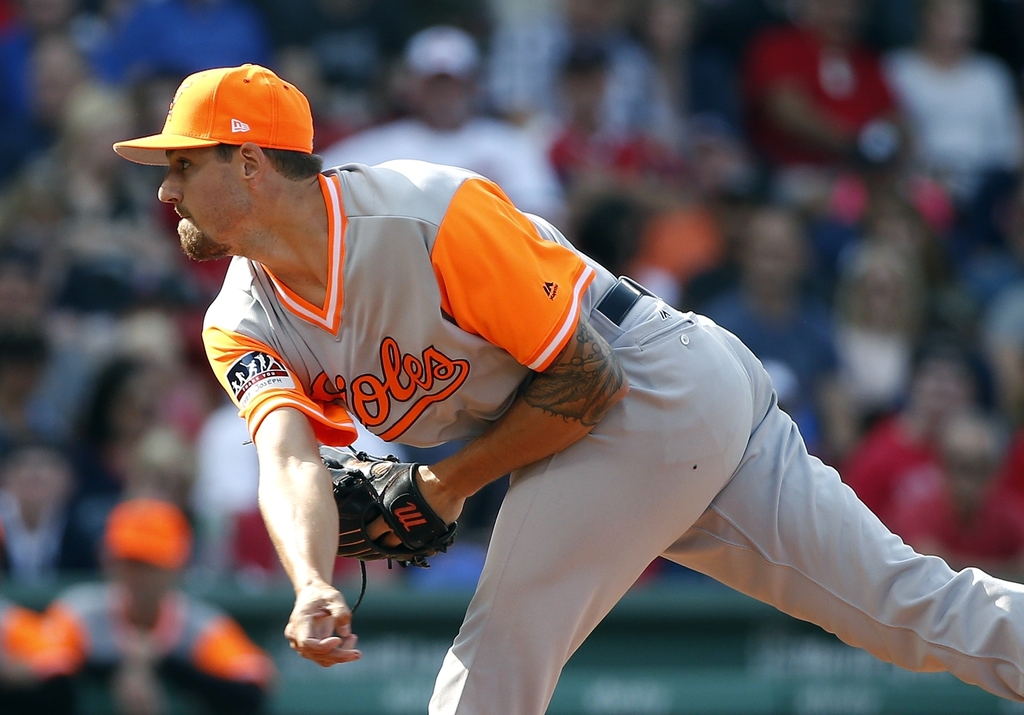 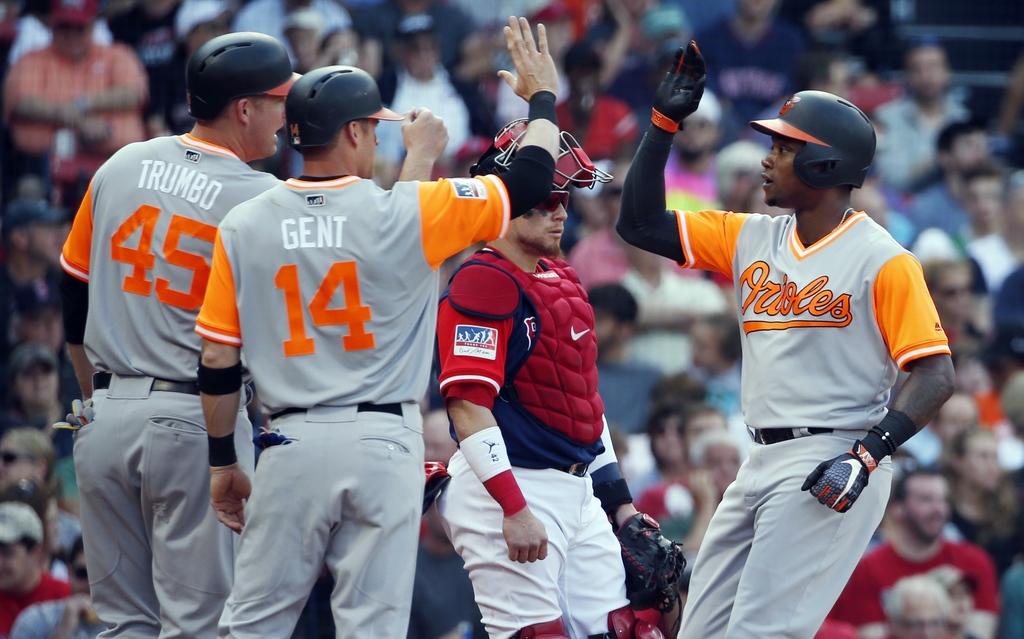 It was the third straight win for the Orioles, who pounded Boston 16-3 a night earlier. Jonathan Schoop added a solo homer and posted his 95th RBI, a club record for second basemen, surpassing Roberto Alomar's 94 in 1996.

The AL East-leading Red Sox dropped their third straight and saw their lead sliced to 3 1/2 games over the second-place New York Yankees, who beat Seattle on Saturday.

Gausman (10-9) struck out five and walked three. Richard Bleier got one out and Darren O'Day retired the final three.

Wearing "Gausy" on his jersey for Players Weekend, Gausman was nasty, mixing a low-to-mid-90s fastball with breaking stuff to limit solid contact.

Eduardo Rodriguez (4-4) gave up five runs on seven hits in 6 2/3 innings, striking out seven and walking one.

The Orioles took control in the second. Mark Trumbo put Baltimore ahead with a single through the shortstop hole. Craig Gentry followed with a bloop RBI single to center before Beckham hit a 93 mph fastball off a billboard above the Green Monster seats.

In his previous start in Fenway Park, Gausman was tossed in the second inning for hitting Xander Bogaerts in the back with a pitch during a testy stretch between the clubs in May.

The only thing that seemed to go wrong for the Orioles was when first baseman Davis stepped on shortstop Beckham's left foot when the infielders converged for Hanley Ramirez's popup. Beckham hobbled to the dugout after the inning-ending play and stayed in the game.

Orioles: J.J. Hardy was scheduled to play another rehab game Saturday night for Triple-A Norfolk as he continues to work back from a broken right wrist. Manager Buck Showalter said Hardy's return was "hopefully not too far away."

Red Sox: 2B Eduardo Nunez was in the lineup after leaving Friday with a sprained left wrist and thumb. . 2B Dustin Pedroia, on the 10-day disabled list with left knee inflammation, took grounders and hit during batting practice. Manager John Farrell said there won't be a return date "until he starts to fully run the bases and full functional work." . Farrell also said that CF Jackie Bradley Jr. has a smaller splint for his sprained left thumb that landed him on the DL Wednesday.

SS Bogaerts, C Christian Vazquez and LF Chris Young each wore a T-shirt with the picture of Ari Schultz on the front during BP. He was a 5-year-old heart transplant patient who died last month.

On the back were the words: "Ari we miss you."

Vazquez and Bogaerts visited Ari at his home about a week before he died and asked him to throw out the ceremonial first pitch, which was scheduled for Sunday.

The Orioles entered the day seventh in the majors in total runs, but had allowed 31 more.

"Scoring runs hasn't been our problem," Showalter said. "It's keeping the other teams from scoring, especially from the starting standpoint."

Red Sox: RHP Doug Fister (3-6, 4.78) is coming off a complete-game one-hitter when he allowed a homer to Cleveland's first batter on Tuesday.