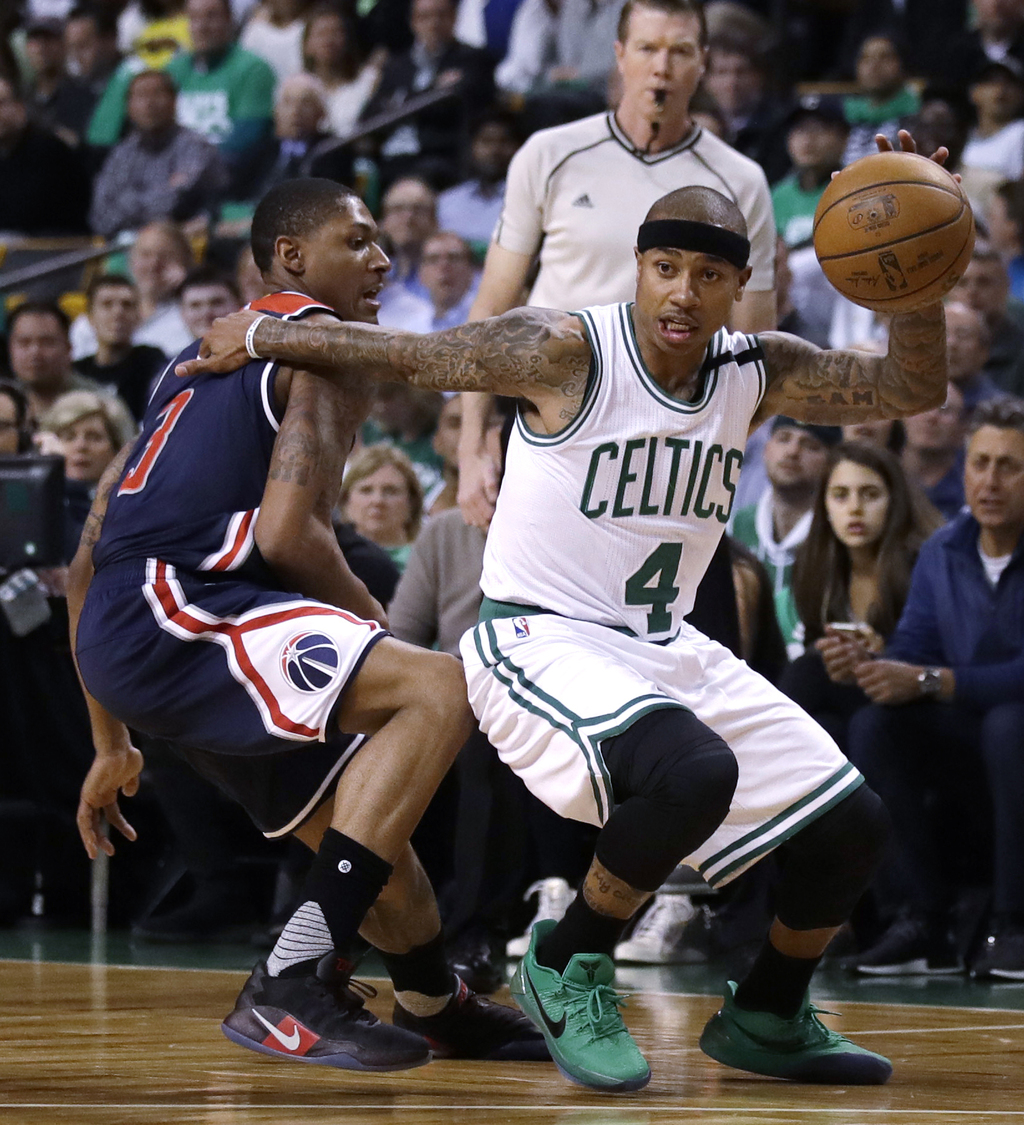 It remains to be seen if it's a major one.

The Cleveland Cavaliers are doing a "deep and thorough" review of the deal that sent Irving to the Boston Celtics for Thomas and a package that included an unprotected 2018 first-round draft pick, two people with knowledge of the situation told The Associated Press on Saturday.

The two people said the deal has not been completed and the Cavs are continuing to do a medical evaluation on Thomas, who injured his right hip in the Eastern Conference finals. They spoke to the AP on condition of anonymity because the team is not publicly discussing its plans.

After Irving demanded to be traded in July, the Cavs entertained numerous other offers before striking a deal with Boston, one of their chief rivals. In exchange for Irving, the Celtics agreed to send Thomas, forward Jae Crowder, center Ante Zizic and the draft pick they acquired from the Brooklyn Nets to Cleveland.

According to the NBA's collective bargaining agreement, a trade can be voided if a player fails his physical.

If Cleveland isn't satisfied with its medical findings on Thomas, the club could scrap the trade. That seems unlikely, however, because the three-time defending conference champions were determined to deal Irving before training camp, and the Cavs coveted a high draft pick they can use to acquire another star next season or select a top-tier talent in the draft.

The Cavs could also request the Celtics alter the trade by giving them another player or pick.

The 28-year-old Thomas, who endeared himself to fans in Boston and across the country by playing in the postseason following his sister's death, has been rehabbing his hip this summer. He initially hurt it in March, aggravated it in the second round against Washington and finally limped off the floor in Game 2 of the conference finals.

Thomas consulted with specialists before it was decided he did not need surgery.

The Cavs were well aware of Thomas' condition before the trade and were prepared to have their doctors examine him — as they would following any trade.

As is usual, the Cavs and Celtics conducted a conference call with the league office Tuesday night before announcing a trade that ratcheted up what has been a dramatic summer around the league with major free-agent signings, monster contracts and trades.