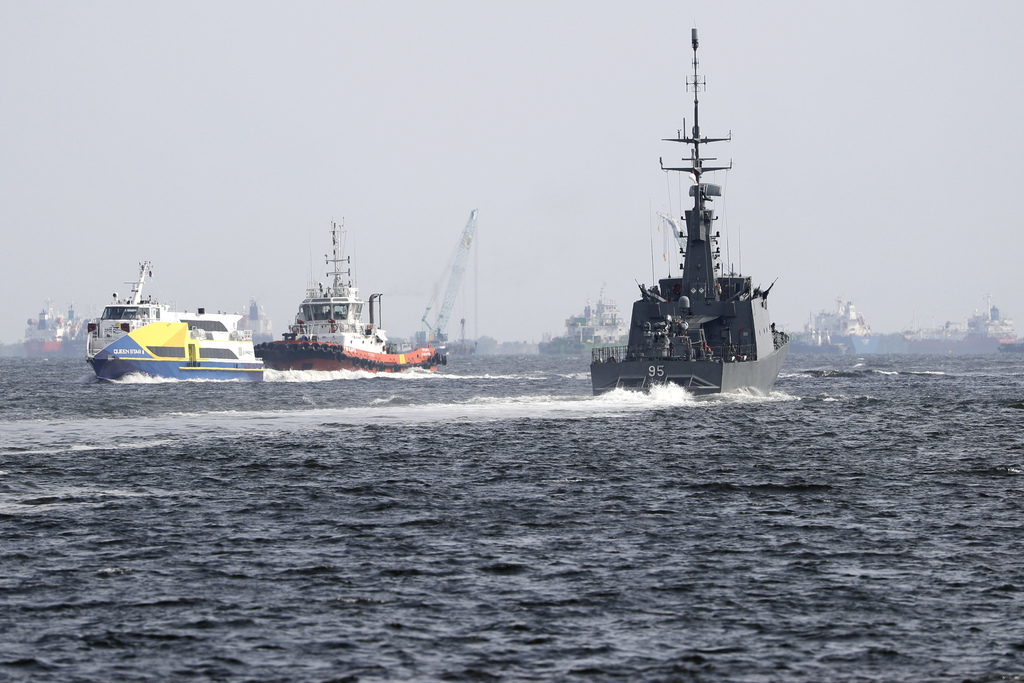 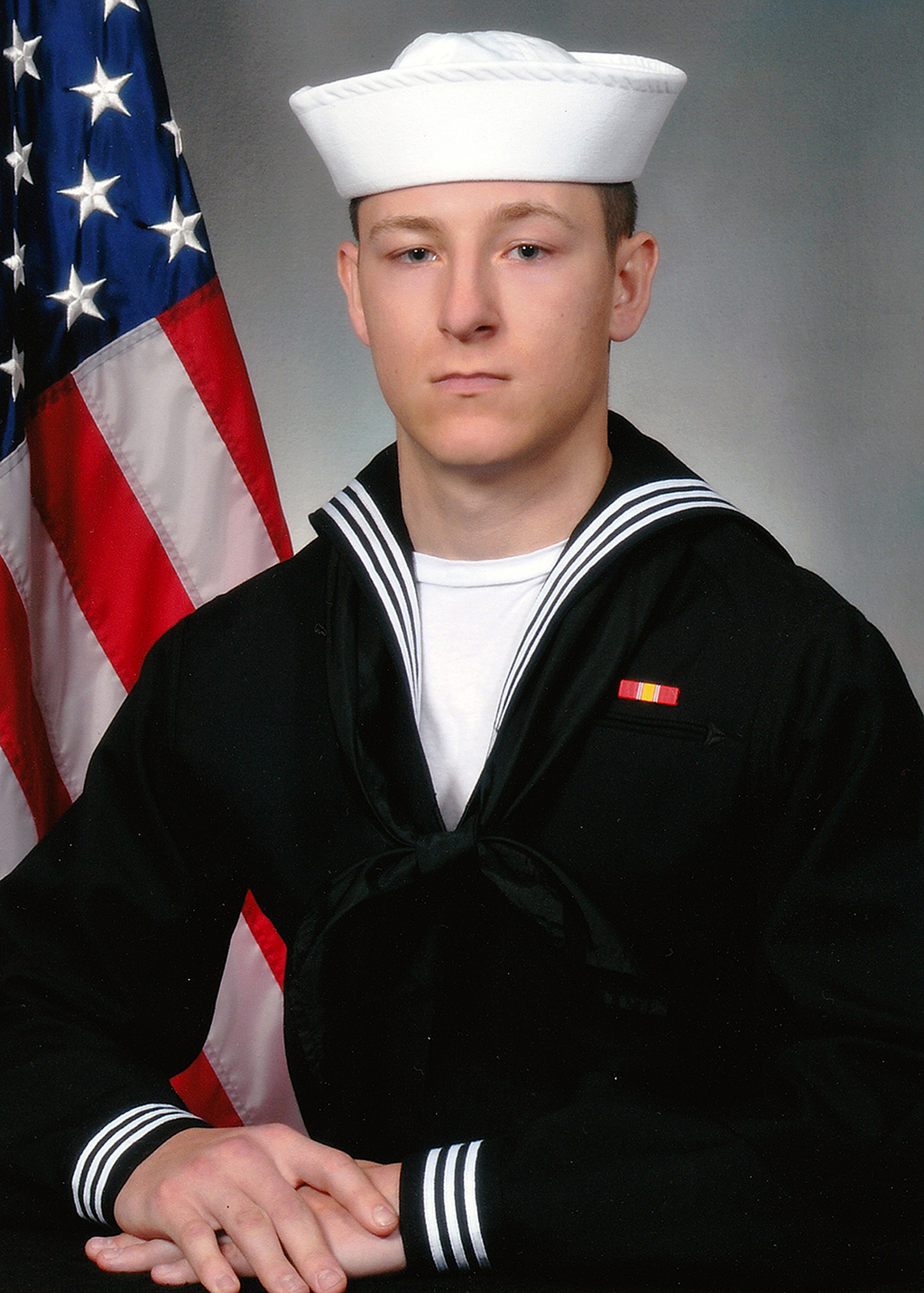 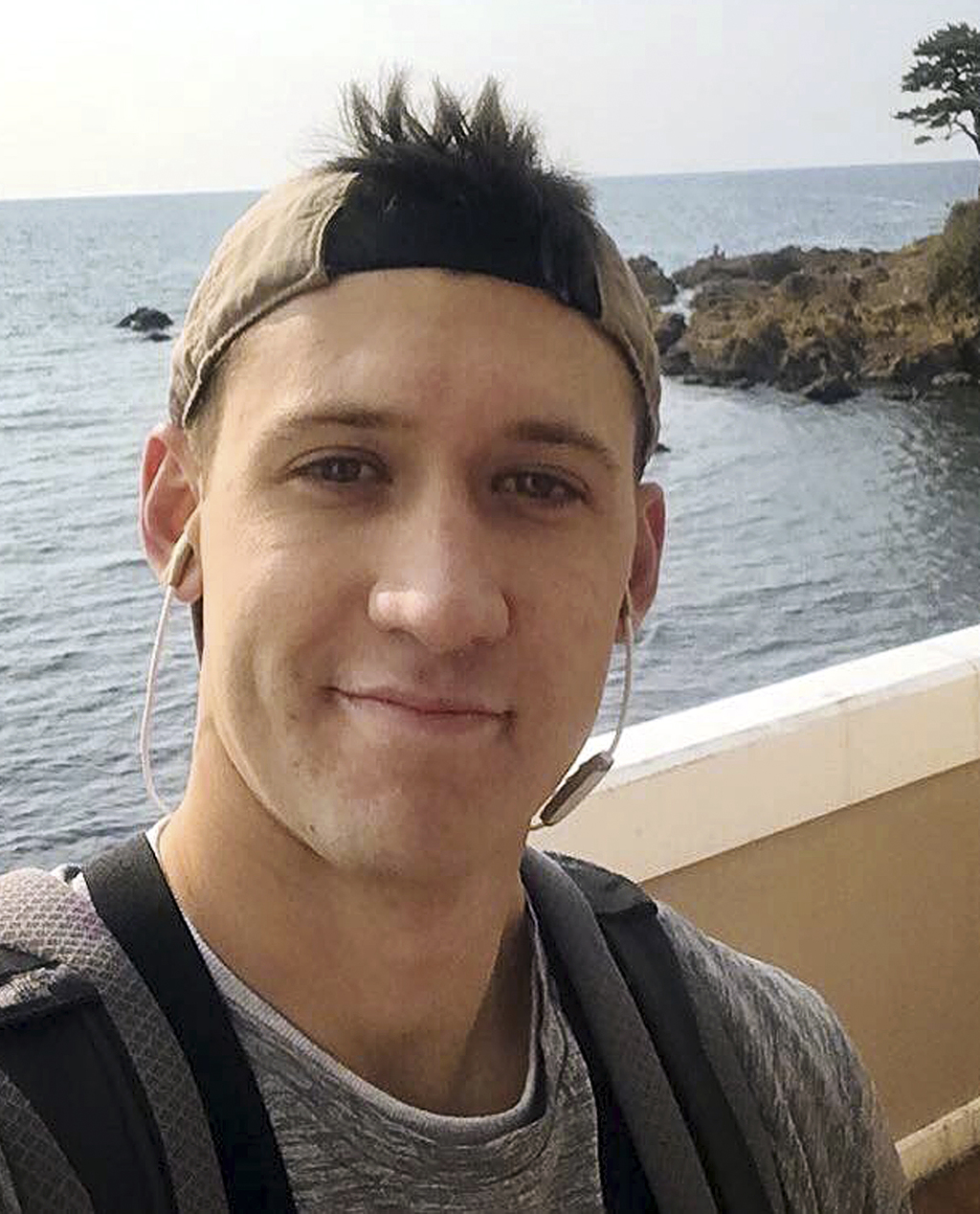 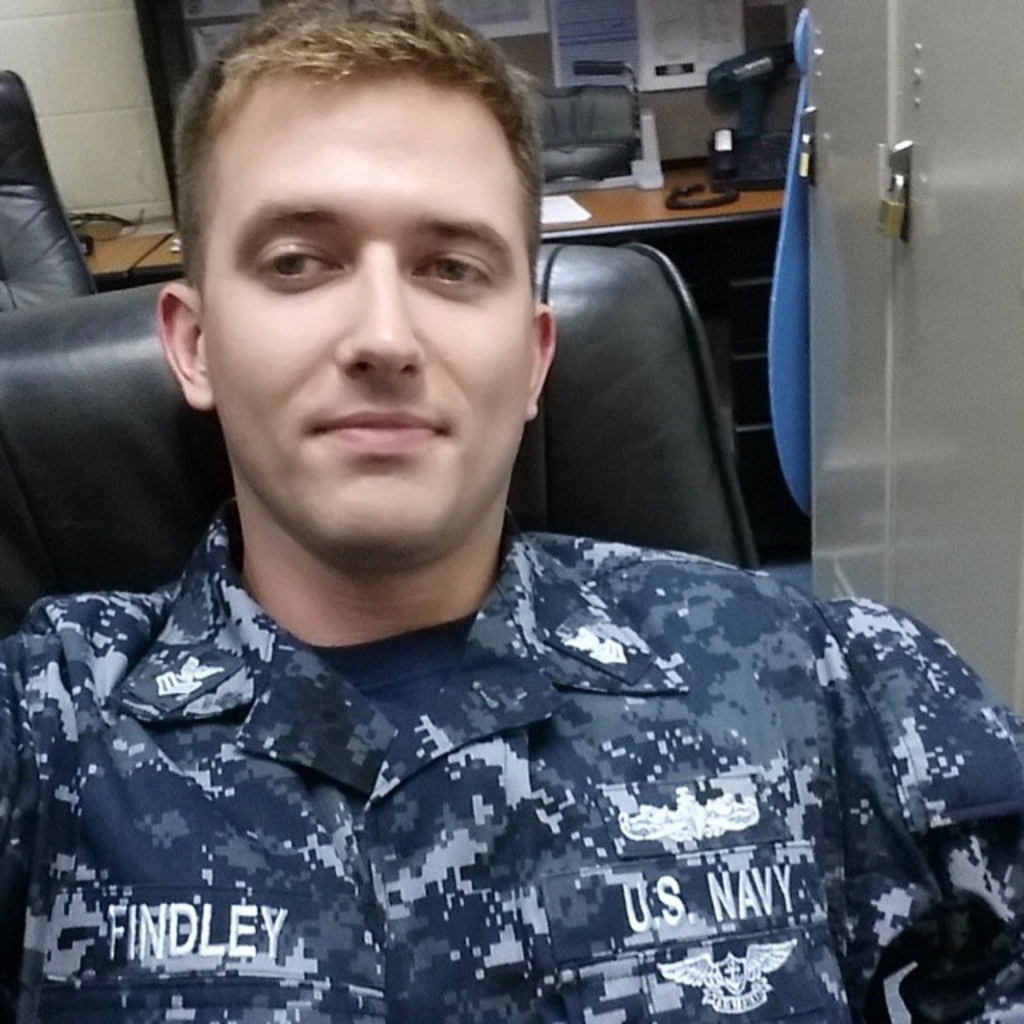 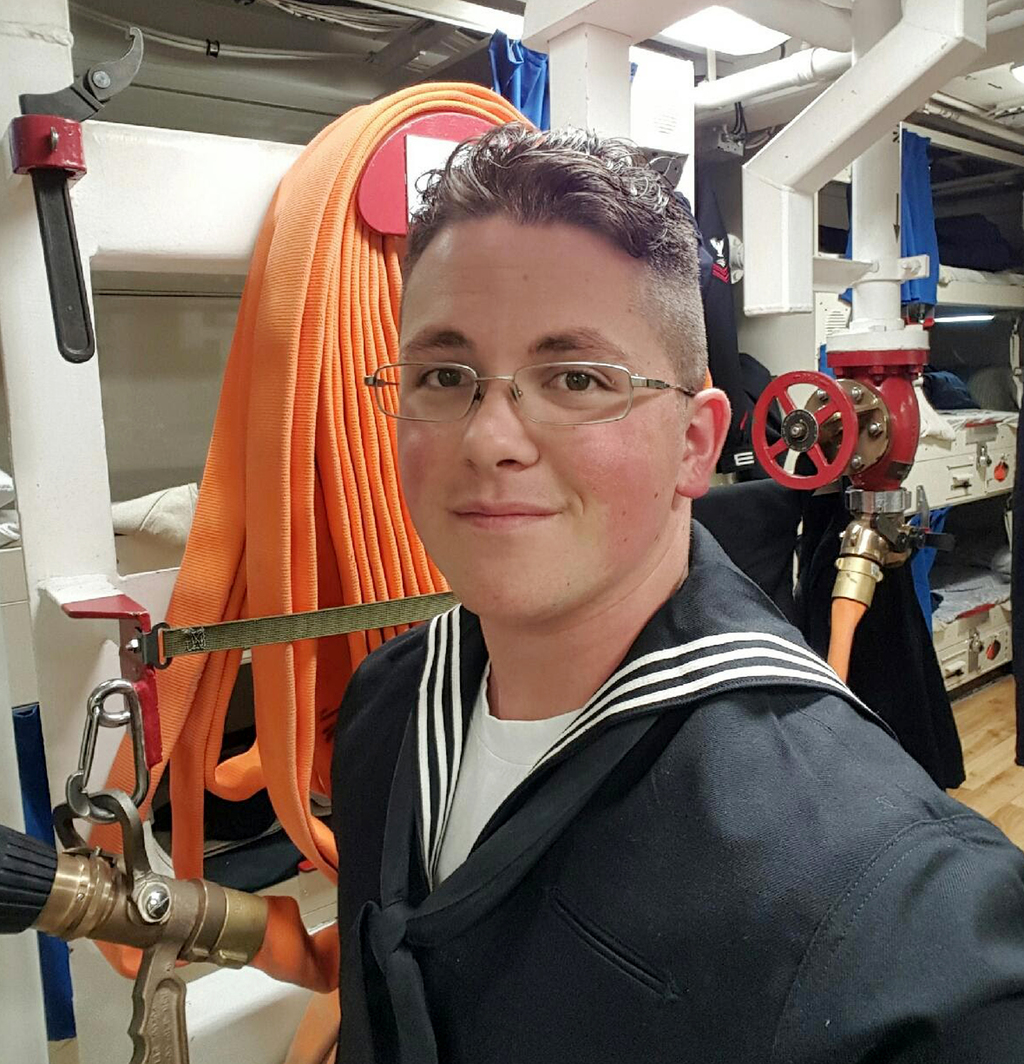 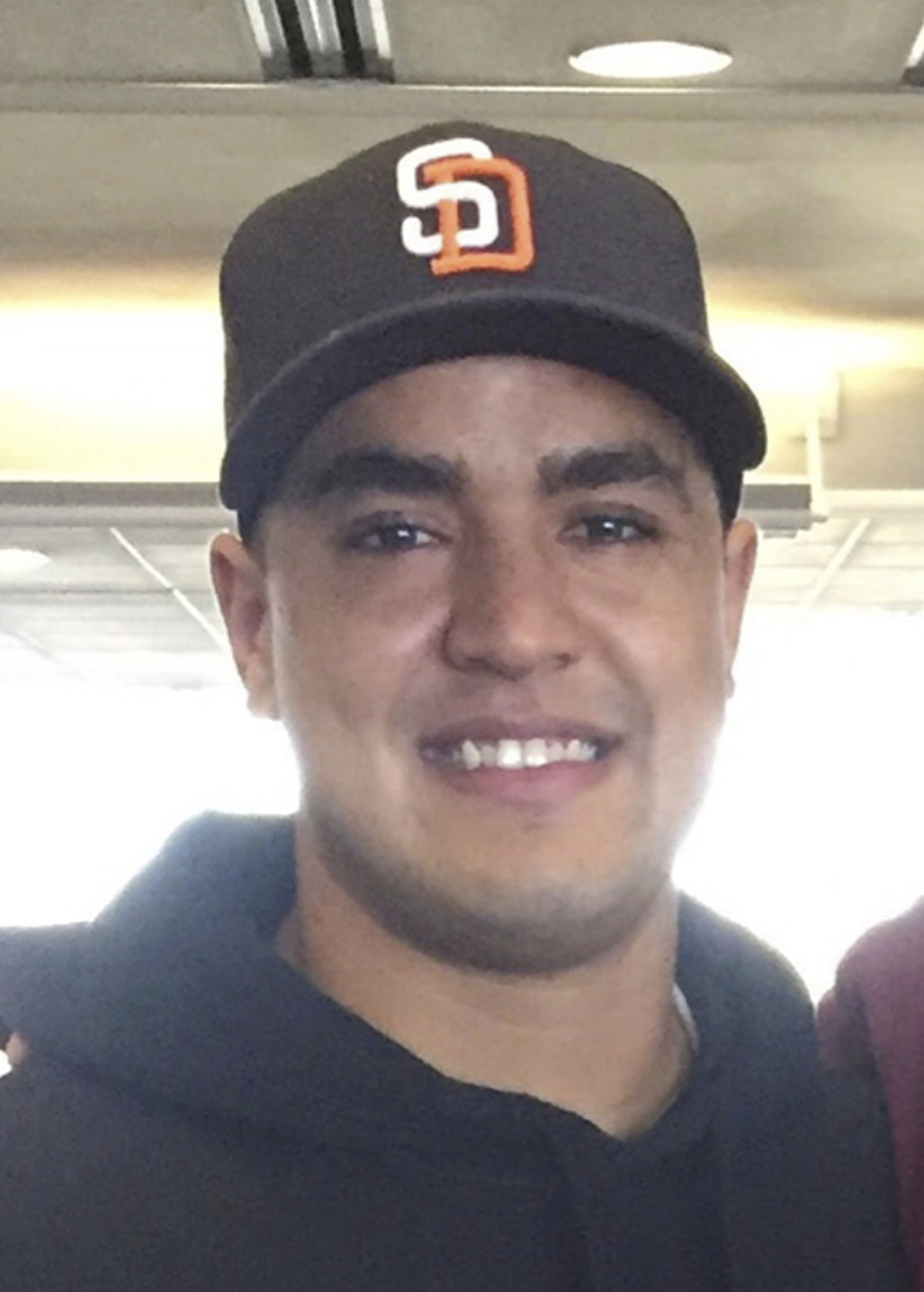 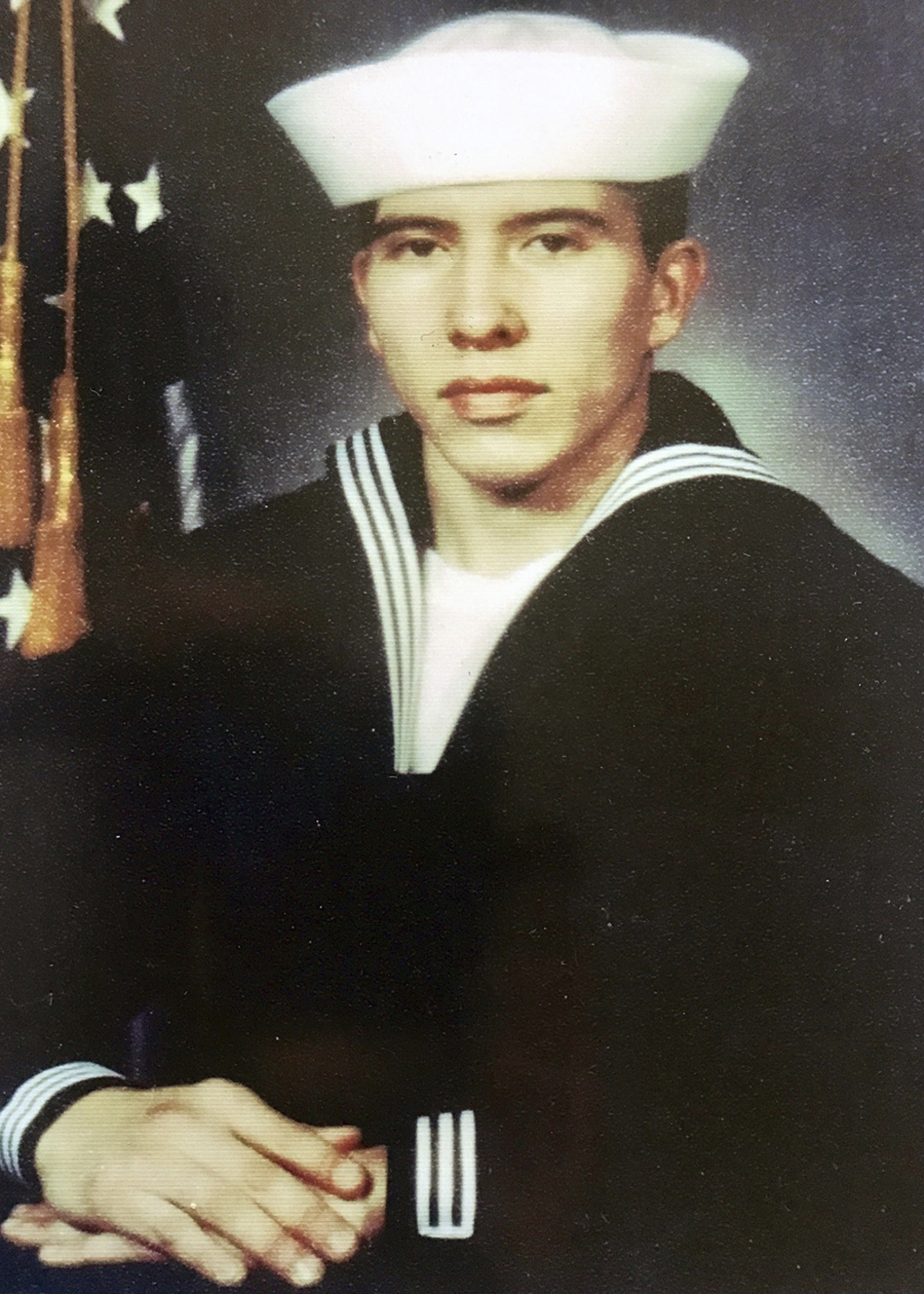 The U.S. Navy has found the remains of two of the 10 sailors missing after the USS John McCain collided with an oil tanker near Singapore.

Divers recovered the remains of Electronics Technician 3rd Class Dustin Louis Doyon, 26, on Thursday night. He is from Suffield, Connecticut.

They earlier recovered the remains of Electronics Technician 3rd Class Kenneth Aaron Smith, 22, who the Navy listed as being from New Jersey. His mother said Smith grew up in Novi, Michigan, and moved to Norfolk, Virginia, as a teenager with his father.

The collision tore a hole in the ship's left rear hull and flooded adjacent compartments, including crew berths and machinery and communication rooms. The U.S. Navy said it has suspended search and rescue efforts, though divers continue search and recovery efforts inside flooded compartments of the ship.

Here are brief portraits of Smith, Doyon and the missing sailors:

Darryl Smith called his son "a great young man" who made his family "incredibly proud."

"Kenneth was a great young man, son and sailor," the elder Smith said in a statement issued by the Navy. "He truly loved his family, the Navy and his shipmates. I am incredibly proud of his service to our country. He will be greatly missed and I am thankful we had 22 wonderful years together."

The third-generation sailor, who worked in radar technology, was in the fourth year of a seven-year commitment and had considered a military career like his father.

April Brandon, who lives in Michigan, told Detroit media outlets that her son joined the Navy out of a desire to serve his country but also for the education it provided. His long-term goal was to develop video games.

"We appreciate the courageous work of the crew in the aftermath of the collision," his family said in a statement.

Doyon graduated from Cathedral High School in Springfield, Massachusetts, in 2009. The school was destroyed in a tornado in 2011 and its students were later sent to a new regional Catholic high school, Pope Francis High School.

Democratic U.S. Sen. Richard Blumenthal called for "a swift and thorough investigation to determine how this could have happened and how to prevent future tragedy." He added that it's the fourth Navy accident in the Pacific since January and second involving a Connecticut sailor.

Ngoc T. Truong Huynh of Watertown, Connecticut, was killed in a June collision between a destroyer and container ship off Japan. He was one of seven sailors killed aboard the USS Fitzgerald.

Findley's sister, Toni Greim, says she and Findley spent most of their childhoods "attached at the hip" and "moved around a lot as children with a Navy dad."

After spending some of his childhood in the Kansas City suburb of Parkville and attending high school in the northern Missouri city of St. Joseph, Findley got his GED and found the Navy. Greim, who is 34, said her younger brother was "really into computers."

"It's crazy how much he excelled," Greim told WDAF-TV on Wednesday. "He's always graduated first of his class. He became First Class. He's getting awards; he's sailing around the world; he fell in love with a woman named Riho and married her."

Findley has an 8-year-old daughter and a 6-year-old son who live in Virginia with their mom.

Greim said the hard part is "just not knowing" what happened to her brother.

Eckels initially wanted to go into the Army, but his mother put her foot down.

"Absolutely not," Rachel Eckels recalled telling her son in an interview with The Baltimore Sun. "They're the first to go to war, the first on the line," she said.

Eckels enlisted in the Navy before graduating from Manchester Valley High School in 2012, but had to delay entering the service due to medical issues, his mother said. She told the newspaper he was an athlete in school and loved cooking.

Rachel Eckels said he would call her from the ship a couple of times a week and tell her about their port visits in Japan, Vietnam, Australia and Singapore and about life at sea.

"At night the sea is so still that it looks like ice or a sheet of water," she recalled her son telling her.

The last call from her son came Sunday morning, but she missed it, she told the Sun. Hours later, her ex-husband texted her about the collision, she said.

Bushell tried a few jobs after high school but nothing really excited him until he decided to join the Navy, his father said.

Thomas Bushell said the service ended up being a good fit for his son, who didn't mind the regimented schedule or taking orders.

When Bushell was growing up, the two of them enjoyed riding all-terrain vehicles in the woods together. Thomas Bushell described his son as an outgoing man who gets along with everyone.

"There was never a mean bone in that boy's body," Bushell said. "He was a joy growing up. He was just the sweetest boy," he said.

If his son is gone, it's because "God wanted him back," Bushell said.

"To me, he had nothing left to prove to the rest of the world or anybody about what kind of man he was," Bushell said.

The oldest of three children, Ingram joined the Navy in 2008 after graduating from Poughkeepsie High School in 2006 and attending the local community college. In a statement released by his family, he was described as a "huge fan" of Syracuse University basketball and "a loving, strong, and dependable man."

Dana Coker, a family friend, told the (New York) Daily News that Ingram was "the best person I know."

"He would always definitely keep a smile on your face," she said. "He has a smile that could light up a room for days."

Ingram's parents, Hubert and Jacqueline, live in Poughkeepsie, where his mother works for the county's Department of Social Services.

"Our thoughts and prayers are with his parents, Hubert and Jacqueline, one of our own Dutchess County employees, and his friends and loved ones during this time," Dutchess County Executive Marc Molinaro said. "We appreciate the brave men and women who are searching for Corey and his fellow sailors, and we pray they soon bring these American heroes home."

New York Gov. Andrew Cuomo said in a statement that his "heart goes out to" relatives and colleagues of Ingram and his shipmates, who "dedicated their lives to serving our nation."

When looking out from the deck of the USS John McCain, Hoagland often was struck by the immensity of the Pacific Ocean and the sparkling clarity of the stars above.

His mother, Cynthia Kimball, said Hoagland knew as a 5-year-old that military service was for him. A recruiter steered him toward the Navy.

"He wouldn't have wanted to be in any other branch," Kimball said Wednesday. "He sends me pictures of just water."

Hoagland spent his early years in Cleveland, Texas, northeast of Houston, and later lived in the Central Texas city of Killeen. He had long expressed an interest in stepping out of Texas and traveling the world, she said.

Hoagland enlisted in 2015 and has served aboard the McCain since October as an electronic technician.

"He's very proud of what he does," says Kimball, who lives with her husband at Fort Benning in Georgia.

Palmer loved serving in the Navy because it let him see the world after an eye injury kept him from being an Air Force fighter pilot, brother Austin Palmer said.

He said his family is in shock and worried but hopeful after hearing Logan is among the missing. He told WAND-TV in Decatur, Illinois, "I speak for my family when I say that we have put our faith in God's mighty hands."

The interior communications electrician 3rd class petty officer graduated from Sangamon Valley High School. His family said in a statement released by the U.S. Navy that his relatives are thankful for all who have offered prayers and support as they await word from the military. They called it "a very difficult time for our family."

The Palmer family attends Life Foursquare Church, where the Rev. Mark Cooper told the (Decatur) Herald and Review there are hundreds of people praying, "pulling together and believing for the best in this situation."

Drake's fiancée, Megan Partlow, said she has been planning their wedding scheduled for next summer, but now is overwhelmed and unsure how to proceed.

Partlow, 20, told the Columbus Dispatch that Drake last texted her on Sunday. Drake's relatives gathered at their home in the rural Ohio village of Cable, about 50 miles west of Columbus, but she said they aren't ready to talk.

Drake graduated from Triad High School, and fellow graduate Boston Gregg remembers Drake once fit himself into a school locker "just to prove a teacher wrong."

"Everybody I know is praying for him and pulling for him," Gregg said.

Drake's sister, Veronica Drake, told the Springfield News-Sun that he joined the Navy after high school graduation partly out of a desire to travel. She last talked with him a few days before the collision.

"In December he was going to be back in the United States for good," she said.

The alumnus of El Paso's Irvin High School enlisted in the Navy in 1997. The Navy says Lopez had been stationed in Japan, Spain, Pearl Harbor, San Diego and the Great Lakes before he joined the McCain crew in November 2014.

In a statement, Texas Gov. Greg Abbott said Lopez and Electronics Technician 3rd Class John H. Hoagland III, also from Texas, "represent the best Texas has to offer," and he extended condolences to his family.

Democratic U.S. Rep. Beto O'Rourke of El Paso also extended condolences to the Lopez family. Regarding the collision, the House Armed Services Committee member told the El Paso Times that "there has to be accountability for this and make sure this doesn't happen again."