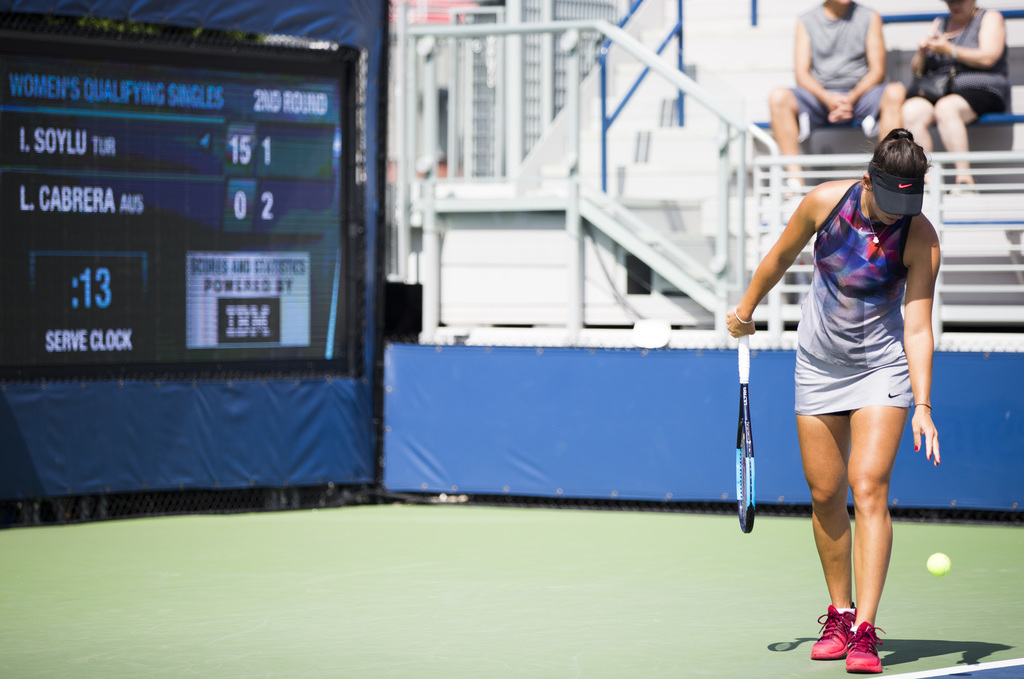 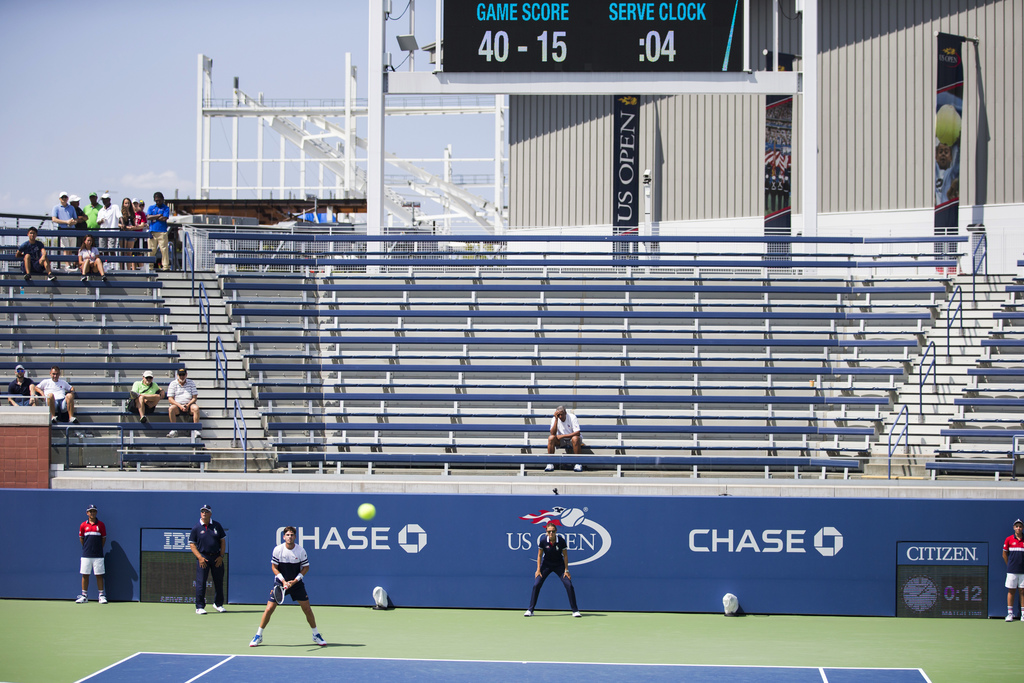 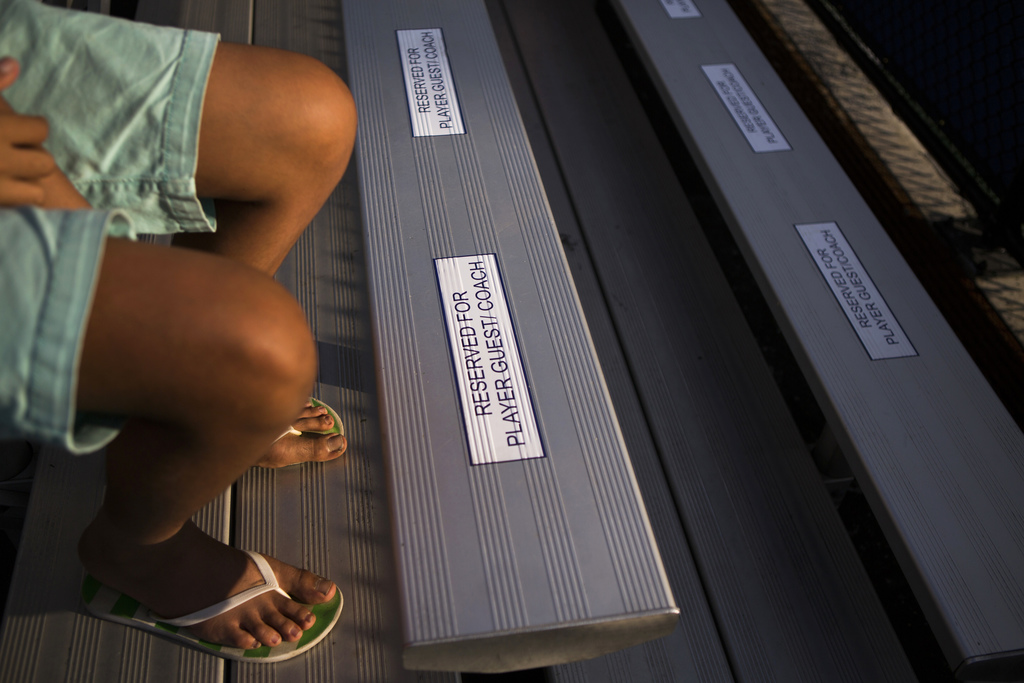 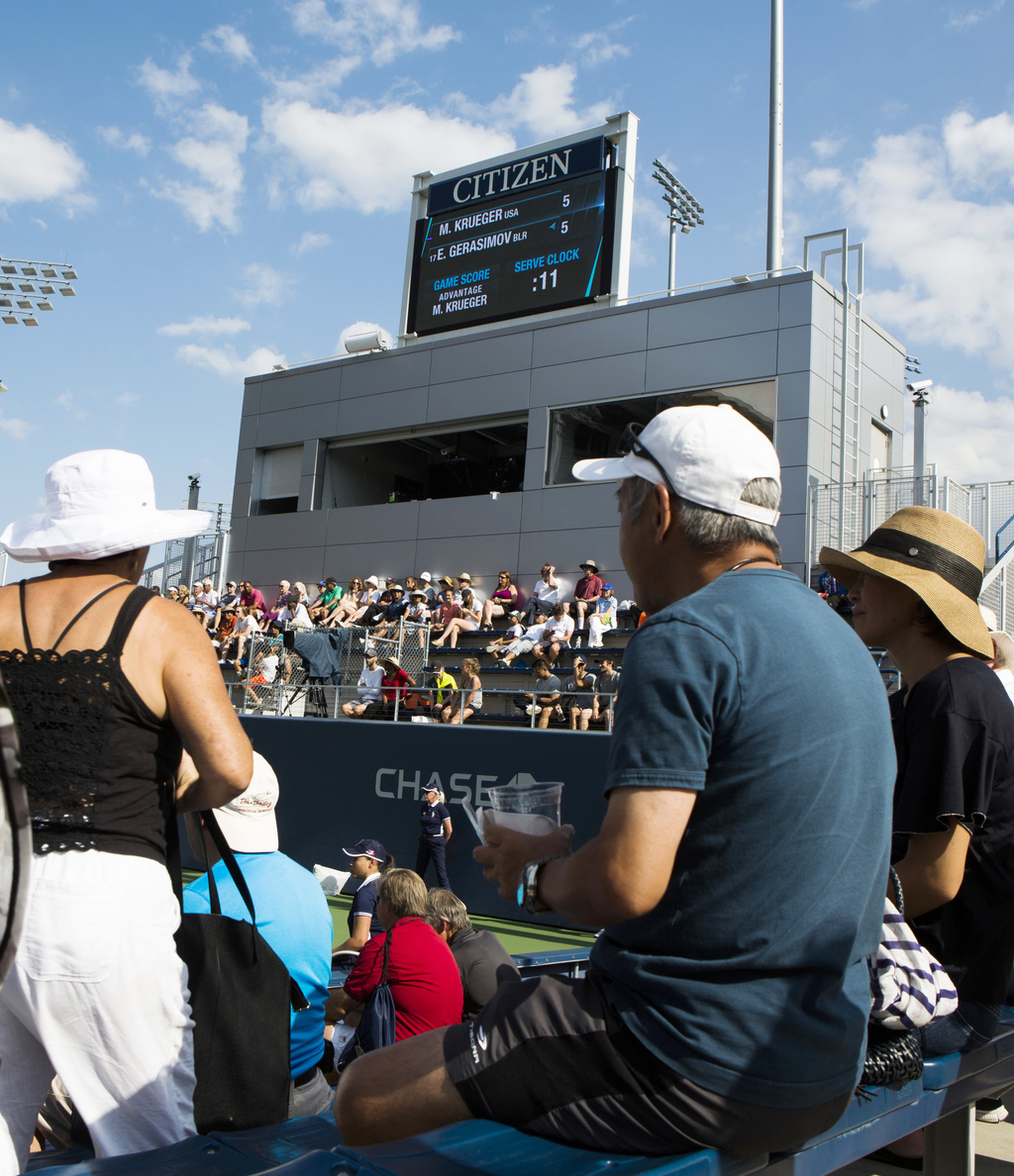 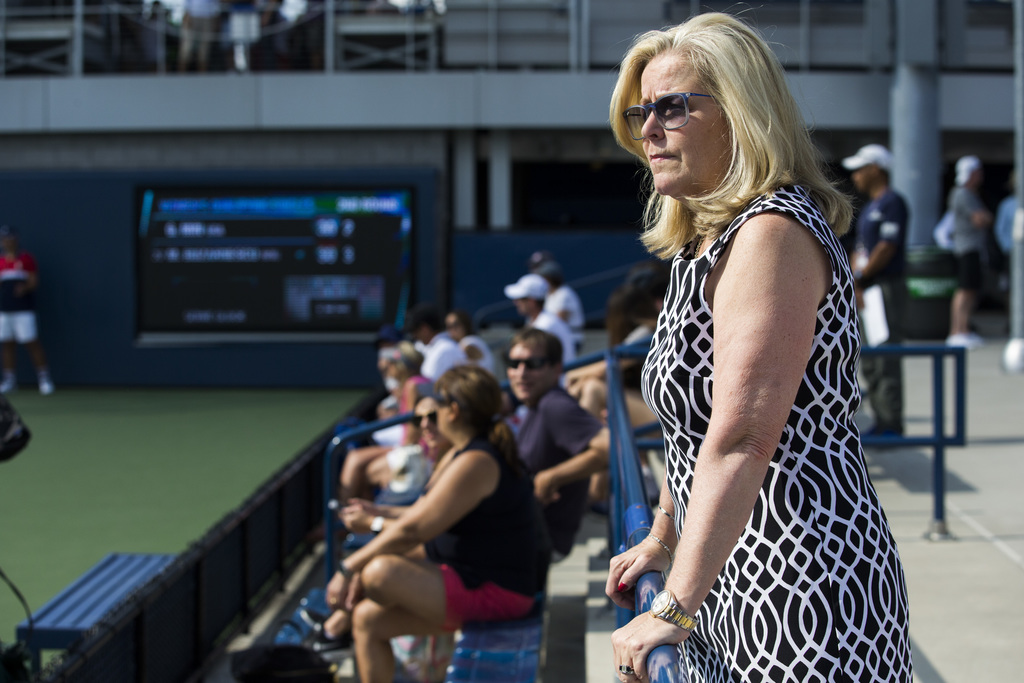 NEW YORK (AP) — Right there on Court 4's electronic scoreboard at the U.S. Open, blue numbers counted down the 25 seconds allowed before a player was required to serve. When the readout dropped all the way to zero, the chair umpire announced a warning for a time violation.

This happened during the Grand Slam tournament's second round of qualifying. Standing at courtside right then was Stacey Allaster, the U.S. Tennis Association's chief executive for professional tennis, discussing that serve clock and other innovations such as in-match coaching being tested in qualifying this week.

If Allaster has her way, these changes could be used in the U.S. Open's main draw next year. That means Rafael Nadal would need to abide by the 25-second limit between points. Serena Williams would be allowed to wander over near her coach to get advice. Roger Federer would get exactly 5 minutes to change his outfit between sets.

"What is this about? This isn't what Stacey Allaster wants or USTA wants or what television wants. This is all about the fans. We're in the business of promoting tennis and we have to stop looking inside, at what we like, and look at what fans want," she said Thursday. "We have to, in order to be competitive with other sports, deliver the product as quickly, as consistently, as we can, to keep fans engaged. Particularly younger fans."

The USTA could decide unilaterally to adopt some — or all — of these measures for its main event in 2018, but would prefer to do so in collaboration with the sport's governing bodies. For now, Allaster is keeping tabs on how the experiment in qualifying goes, via data and feedback from players, coaches, chair umpires and other officials.

Through the first round of qualifying — a total of more than 17,000 points across 128 men's and women's singles matches — there were only nine serve-clock violations, Allaster said. In that same span, there were two violations of the minute time limit given to players to being a match after their 5-minute warmup period. And there were zero violations of the limit on time for an outfit change.

"Going into the tournament, I was a little skeptical about how it would be and whether I would like (the serve clock) or not. I didn't think I would. In the two matches I've played, it hasn't really made that much of a difference to me," said Mitchell Krueger, a 23-year-old who is based in Florida and beat 17th-seeded Egor Gerasimov of Belarus 7-5, 6-4 on Thursday to reach the final round of qualifying. "But I'm definitely aware once a point ends that I kind of need get going."

Coaching, meanwhile, was popular: On Day 1 of qualifying, chair umpires observed 73 percent of players receiving the help that has always been banned at Grand Slam tournaments. On Day 2, Allaster said, that rose to 81 percent.

"I can pretty much point out something in every match, but the player has to buy into it," said Stanford Boster, who coaches Krueger and three other American men who were in the qualifying event at Flushing Meadows. "The coaching happens out there anyway. That's just a fact. Guys do it in different languages. Just bring it all out in the air and let it happen naturally. It's a great rule. I love it."

Krueger didn't take advantage of the opportunity to walk over to Boster for a full-on conversation during a changeover, but he said he could see why a player might do that.

Some have objected to that change, saying it can only benefit players who always have a coach present at their matches. Allaster's counter: The USTA increased qualifying prize money to nearly $3 million this year, up from under $2 million in 2016, meaning more can afford a coach.

"It's kind of the evolution of the sport, in a way. But it's also kind of like one of the most classic rules of the game: It's supposed to be 1-on-1, with no other help," Krueger said.

He conceded that the tiebreaker might very well be this: "From the fan perspective, it's probably pretty interesting to see what back-and-forth conversations a player and coach might have."

And that, of course, is Allaster's motivation for all of this.

"If we're going to think long-term and about younger fans, we have to be open to new ideas," she said. "Anything we can do to make our sport more accessible for fans, and more entertaining, is where we all need to go."