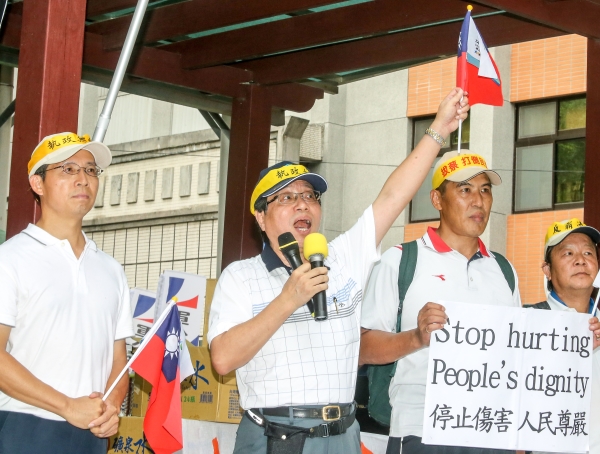 TAIPEI (Taiwan News) -- As far as the 2017 Universiade goes, it is a case of so far, so good, for Taiwan. At the time of writing, the Taiwan team has won a record-breaking 13 gold medals, 37 in total, and currently sits in 3rd place on the medal table. With only six days gone, there will no doubt be more medal winners to come.

But there is more to the Universiade than just the sporting competition as I wrote a couple of weeks ago. It is a fantastic opportunity to raise the profile of Taiwan globally as well as draw attention to some of the challenges Taiwan faces thanks to its big neighbor across the sea. Which is why the events which marred the opening ceremony were such a huge disappointment and embarrassment.

Protesters prevented the majority of athletes from entering the arena to parade under their national flags. Around 7,700 student athletes were held outside the arena because the event security felt unable to keep them safe from protesters when entering the stadium.

The actions of the protesters have been universally condemned and people were quickly aware that this was a big embarrassment for Taiwan on the international stage.

The first question this raises is why such a significant lapse in security was able to happen. Taipei's Mayor Ko Wen-je (柯文哲) indicated that there will be a review of the incident at the end of the games. He has also taken steps to beef up security and fences will now be erected to stop protesters being able to reach athletes.

But all this is a case of closing the stable door after the horse has bolted. There is no way that protesters should have been capable of stopping athletes entering the stadium during the opening ceremony in the first place and all those responsible will have questions to answer.

But the blame lies firmly with the protesters and those behind them and this is where the ire of the Taiwanese people and any official retributions, should be focused. Mayor Ko certainly did not mince his words when he said, “Groups protesting the unfair pension reform intentionally disrupted the opening performances, which was not only a violation of the law but also invalidated the legitimacy of their arguments.”

This final point is an important one. If pension reform protesters retained any public sympathy before this incident, it is gone now. They have been responsible for a wave of increasingly disruptive protests across the country. And the motivation for these protests is entirely self-serving. The protesters are thinking about one thing only, and that is how much money they will get from the state.

This selfishness manifested itself at the weekend in a willingness to disrupt an event despite being fully aware of the damage their actions would cause to the whole country. But this should come as no surprise given that their whole campaign follows a similar theme.

Public sector pensions in Taiwan are absurdly generous, especially in comparison to private ones. In the current economic climate, they are totally unaffordable to Taiwan and reforms are the only realistic option available to the government. Most Taiwanese people have now accepted this, but of course, those that are directly affected are still holding out.

Retrospective reforms might be difficult to swallow for those on the receiving end, and I do have some sympathy. But the reality is that those working in Taiwan’s public sector have known they were on to a good thing for far too long.

Taiwan’s public sector was and is a bloated, inefficient and over-remunerated mess. The whole thing badly needs significant reforms and big swathes of it should really be put into the private sector. This would make them more modern, efficient, and enable them to deliver a better service for the Taiwanese people.

The pension reform being proposed barely scratch the surface of what needs to be done. But it is also the case there has been massive rumor and scaremongering surrounding the proposals which have inflamed people too.

Much of this is generated through Taiwan’s social media culture. But more worrying is the mounting body of evidence of Chinese involvement in the protest movement. Government information is clear that there are Chinese elements involved in spreading a huge amount of misinformation about the planned reforms and also getting the protesters out onto the streets.

As J Michael Cole and others have written, the Chinese disinformation network has been working overtime in Taiwan of late. One such recent example was the protests in Taipei against the supposed ban on incense. Pension reform is another and this worrying trend of interference in Taiwan’s domestic affairs is something that the government should seek to address.

There was one positive outcome from the opening ceremony incident, however. It provided a rare moment of political unity as legislators from both sides spoke out to condemn the actions. Even KMT legislators and officials recognized the impact this incident could have on Taiwan’s standing in the world.

Former KMT Taipei Mayor Hau Lung-pin (郝龍斌) was one of the many blue voices who expressed sympathy for the cause of the protesters but condemned their actions saying, “Letting the Universiade get soiled in such a way is not worth it and I strongly condemn the protesters for their actions.”

As Taiwanese democracy matures, it is to be hoped that politicians from all sides can begin to put partisan party politics aside in the national interest. But I will not be holding my breath, but rather hoping there will be improvements in the next generation of legislators.

The protesters have said they will not target the Universiade again. Perhaps even they were shocked by the backlash their actions caused. But nevertheless, it would be a naïve organizing committee that takes them at their word and the closing ceremony must see a much higher level of support.

And after the Universiade has finished, protests will no doubt resume. This leaves the onus on the Taiwan government to get the reforms passed, but also to communicate them clearly and openly to those affected. It will be a bitter pill for some, but it is a necessary one.

But the more pressing problem is how to stop the campaign of disinformation emanating from China. Donald Trump might complain about his perceived "fake news" problem, but in Taiwan, it is all too real and something that could cause real and lasting damage if it cannot be confronted. 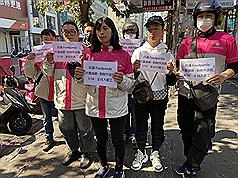