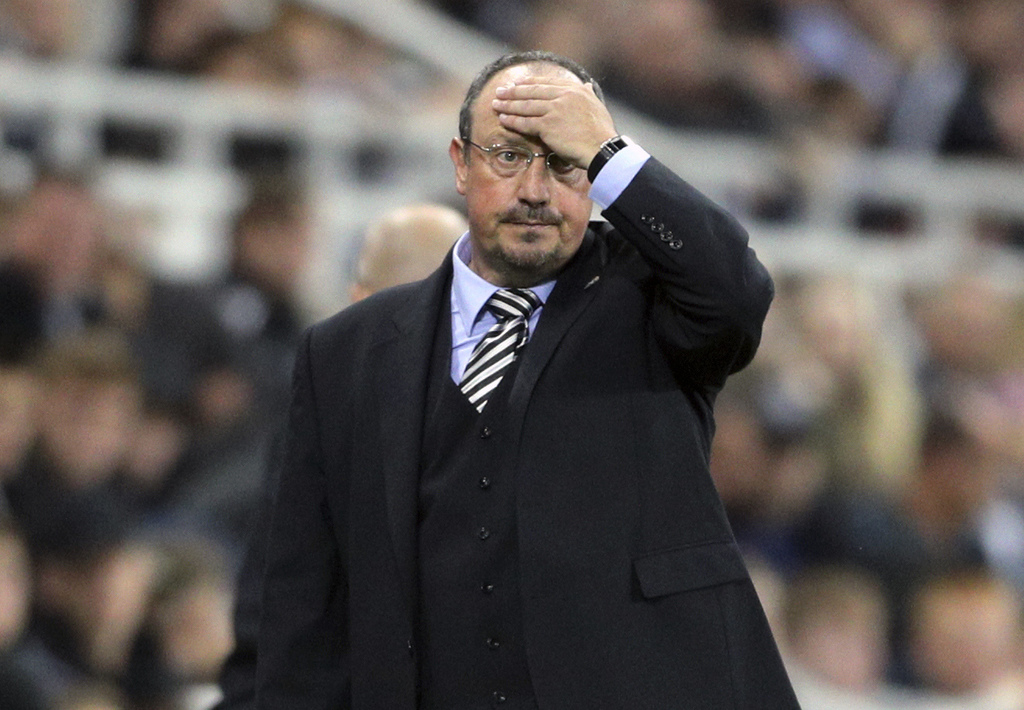 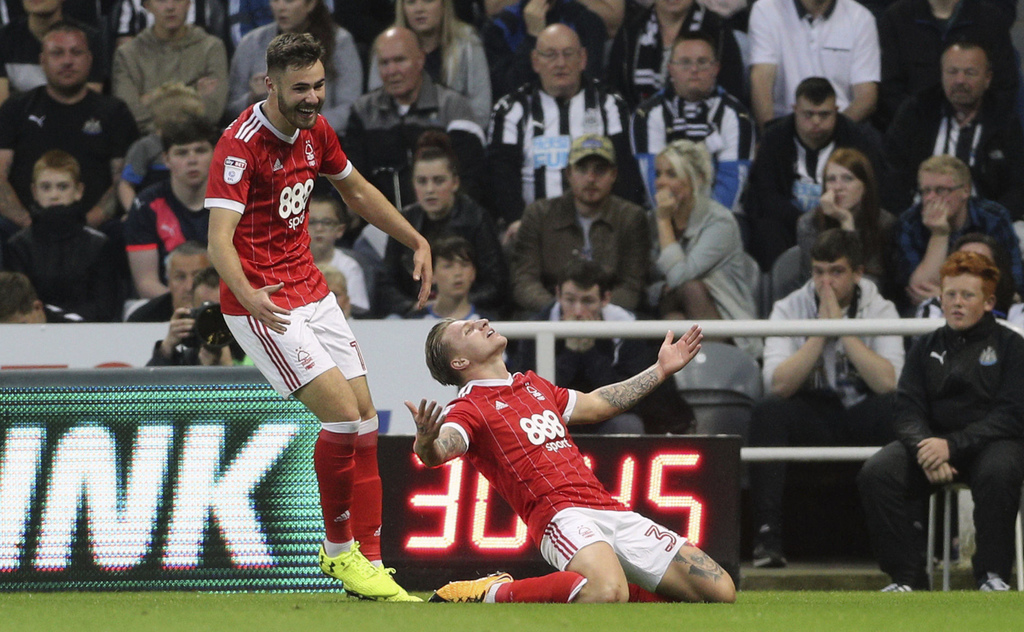 Newcastle followed up its disappointing start in the Premier League with a surprise second-round exit in the English League Cup on Wednesday, with second-tier Nottingham Forest winning 3-2 after extra time at St. James' Park.

It is now three straight losses to start the season for the side managed by Rafa Benitez, whose future at the northeast club has been questioned this summer while Newcastle struggles to bring in his preferred targets in the transfer window.

Tyler Walker scored the extra-time winner for Forest. Newcastle, which has lost 2-0 to Tottenham and 1-0 at Huddersfield in the Premier League, made 10 changes to its starting team.

Southampton was another Premier League casualty in losing 2-0 to Wolverhampton Wanderers, which also made wholesale changes to its lineup with promotion to the top flight its priority this season.

Danny Batth and Donovan Wilson scored the goals for Wolves at St. Mary's against the runner-up in last season's League Cup.

A spectator ran onto the field and confronted some Burnley players during their 2-0 win at northwest rival Blackburn. The incident took place after Jack Cork opened the scoring for the Premier League side.

West Ham win 2-0 at fourth-tier Cheltenham and Huddersfield recovered from conceding after 56 seconds to beat Rotherham 2-1.

The draw for the third round, featuring the English teams competing in European competition this season, takes place in Beijing on Thursday.