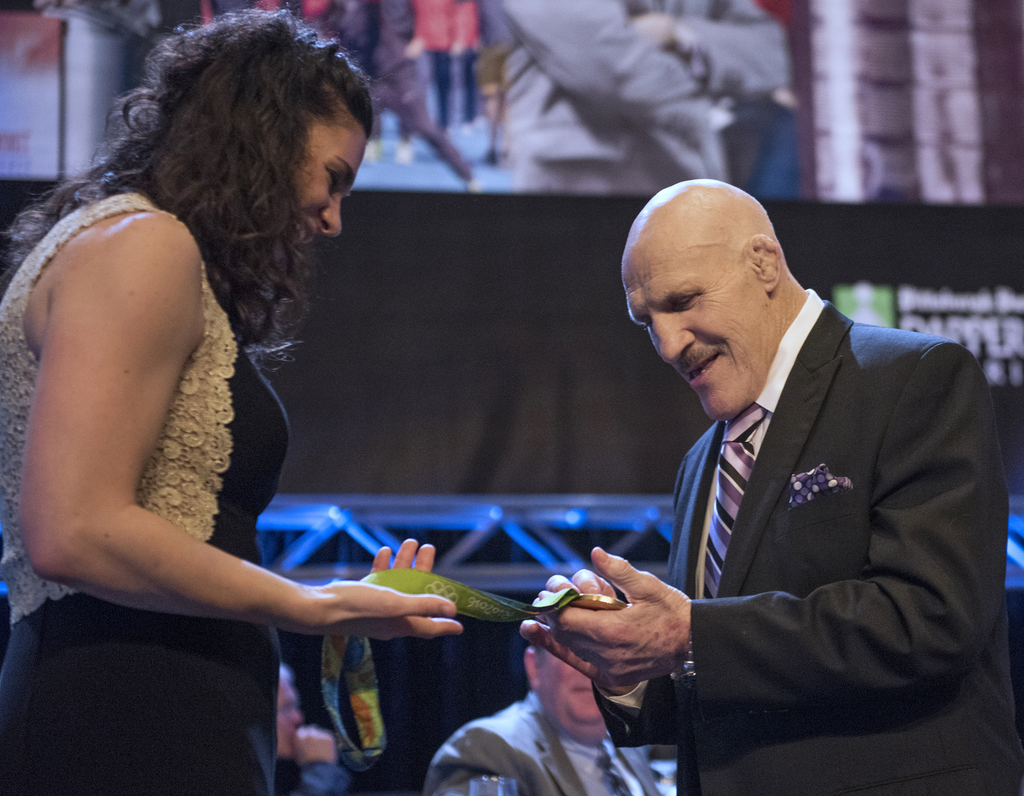 Sammartino heard through friends that Mars, born Peter Gene Hernandez, was nicknamed "Bruno" by his father because he was a "chunky" baby. The wrestling legend — now 81 — was about 275 pounds in his prime and the favorite wrestler of Mars' father.

Sammartino says he was "extremely impressed. ... He was the most humble, nicest guy. He couldn't have been more respectful."

Mars accepted a replica of Sammartino's championship belt from what was then known as the World Wide Wrestling Federation. The promotion is now World Wrestling Entertainment, or WWE.

Mars posted a picture of the meeting on Instagram.