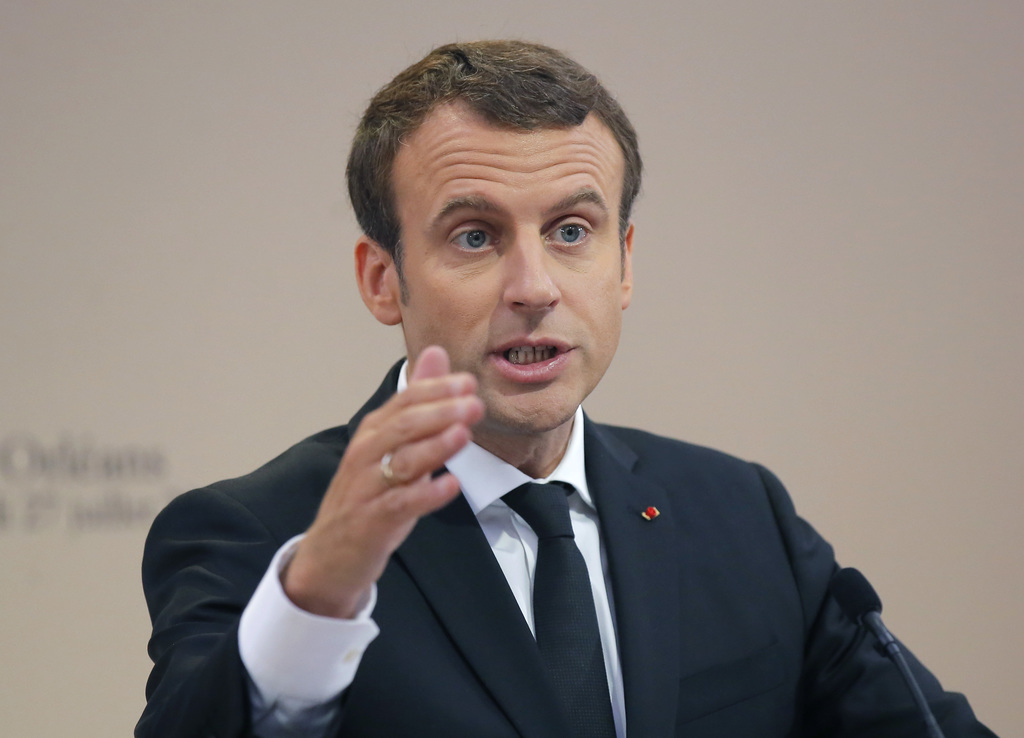 WARSAW, Poland (AP) — French President Emmanuel Macron is pushing for tighter European rules to protect workers in France and other prosperous countries in Western Europe from cheaper labor stemming from the continent's east.

Macron is set to raise concerns over so-called "posted workers" and "social dumping" with several leaders in Central Europe as he makes his first visit to the region this week, a stance that threatens fresh tensions in a bloc already strained by competing national interests after disputes over migrants and Britain's vote last year to leave the European Union.

During a three-day tour starting Wednesday, Macron will seek to get agreement on posted workers, those who are temporarily posted by companies in their home country to a second country. While abroad, they continue to pay into the tax and social security systems of their home countries, allowing their employers to hire them for less than in Western countries where welfare costs are higher. The largest number work in construction, but many also work as welders, electricians or caring for the elderly.

Though they don't account for more than a small fraction of the EU's total workforce, they are perceived as pricing out local workers in the more prosperous countries of Western Europe, putting downward pressure on wages and exacerbating inequalities in wealth. This concern was one of the factors behind Brexit.

While the posted workers must earn at least the minimum wage of the host country, they often earn less than the wages guaranteed by prevailing collective agreements between unions and firms.

Critics of the current regulations, which took effect in 1996, years before a large chunk of the former communist bloc joined the EU, say it gives Eastern European service providers an unfair advantage over Western companies because their wage and social security costs are lower. It's a practice that some have dubbed "social dumping."

Last year, the European Commission proposed new rules to regulate posted workers and create a "level playing field." The proposals were latched on by Macron during his successful presidential run.

The most important change would be to require companies to pay posted and local workers the same. In addition, the prevailing labor laws of the host country on such things as overtime, bonuses and vacations days would have to be applied if a posting lasts longer than two years.

However, the proposals haven't won the support of the 11 EU countries, including Poland, which is the largest source of posted workers, with around 300,000 to 400,000 a year. Nine other former communist member states have also voiced their opposition as has Denmark, which says the proposals don't go far enough to protect the Danish system of collective bargaining.

Vladimir Dlouhy, head of the Czech Republic's Chamber of Commerce, says he believes the revised rules are, in fact, "about pushing cheaper competitors, mostly from Central and Eastern Europe, from the market."

The EU's 28 members will debate the changes this fall before eventually voting on them. Macron's tour of the region is aimed at winning some understanding for the position of the more prosperous countries. During his visit, Macron will go to Austria for meetings with Czech, Slovak and Austrian leaders, and Romania and Bulgaria.

Some labor market experts have argued that it's a mistake to just isolate posted workers.

Dominik Owczarek, an expert on European labor polices with the Institute of Public Affairs in Warsaw, said French and German companies, for example, have profited by producing and selling goods across Central Europe, benefiting from low-wage, high-skilled workers and low corporate taxes.

"Western countries afraid of competition from Eastern countries want protectionist policies to give better chances to companies in their countries," he said. "In a way the posting of workers is 'social dumping,' but you can also call it the right to free competition."

Poland's government has hinted it could retaliate if the new rules pass.

But Poland's ability to defend the interests of its firms and workers has weakened under Prime Minister Beata Szydlo's populist government, which is increasingly marginalized due to rule of law violations and its combative stance toward Brussels.

Macron is pointedly bypassing both Poland and Hungary, which is also perceived by many in Brussels as backsliding on democratic norms.

Marek Benio, deputy head of the Labour Mobility Initiative think tank in Poland, said he believes the proposed changes would merely push workers into the black market because the main reason there are so many posted workers is a "lack of qualified workers for specialized jobs in the receiving countries."

He accuses Macron of using the issue to distract voters from problems that he and other politicians have failed to fix.

Some Polish companies that send workers to France say they are already being squeezed by greater inspections as the mood turns against them, and fear more regulations will run them out of business.

And of course there are the workers themselves who stand to lose should the rules get tighter.