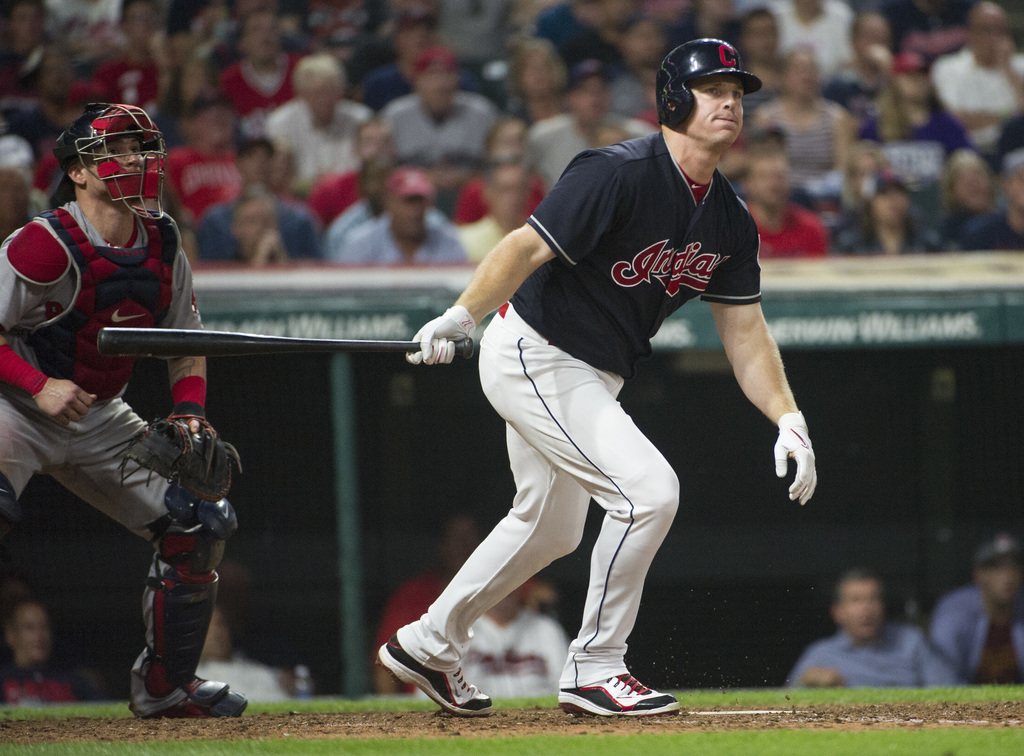 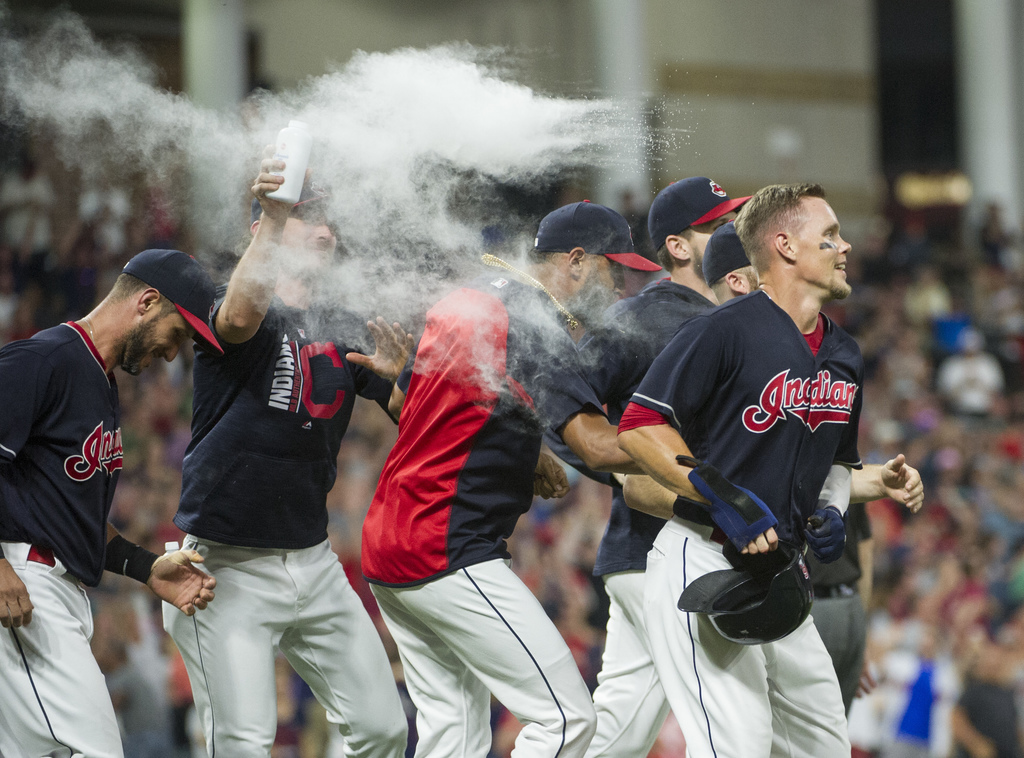 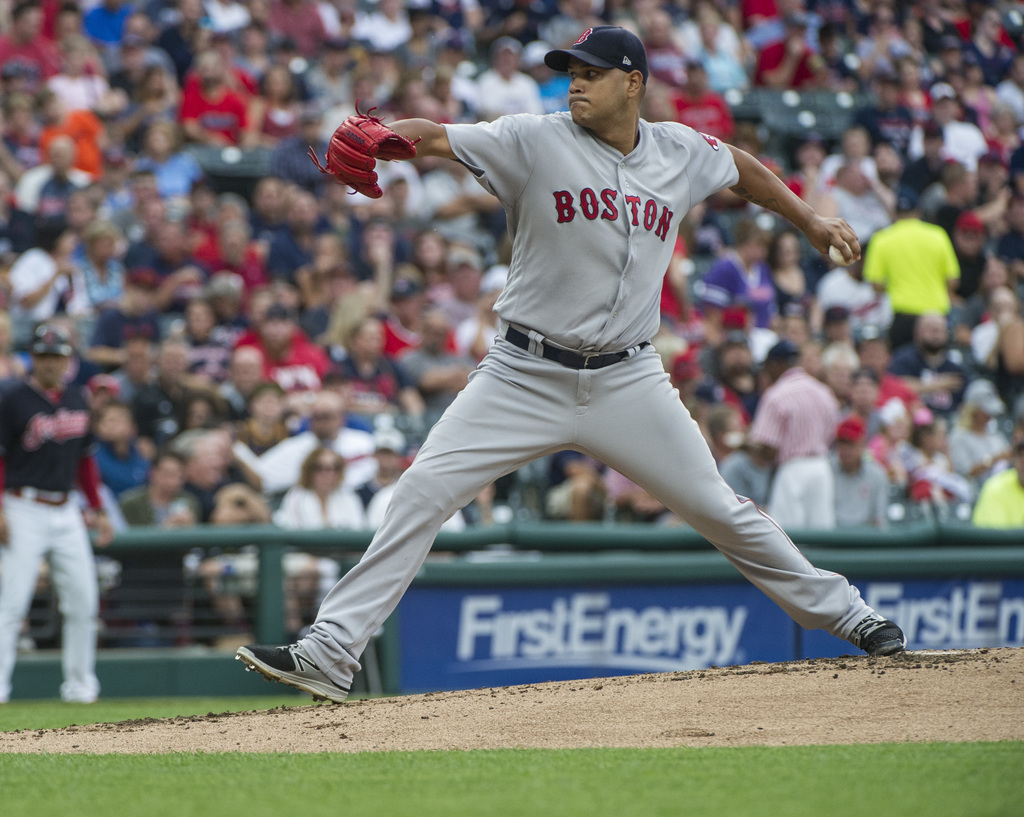 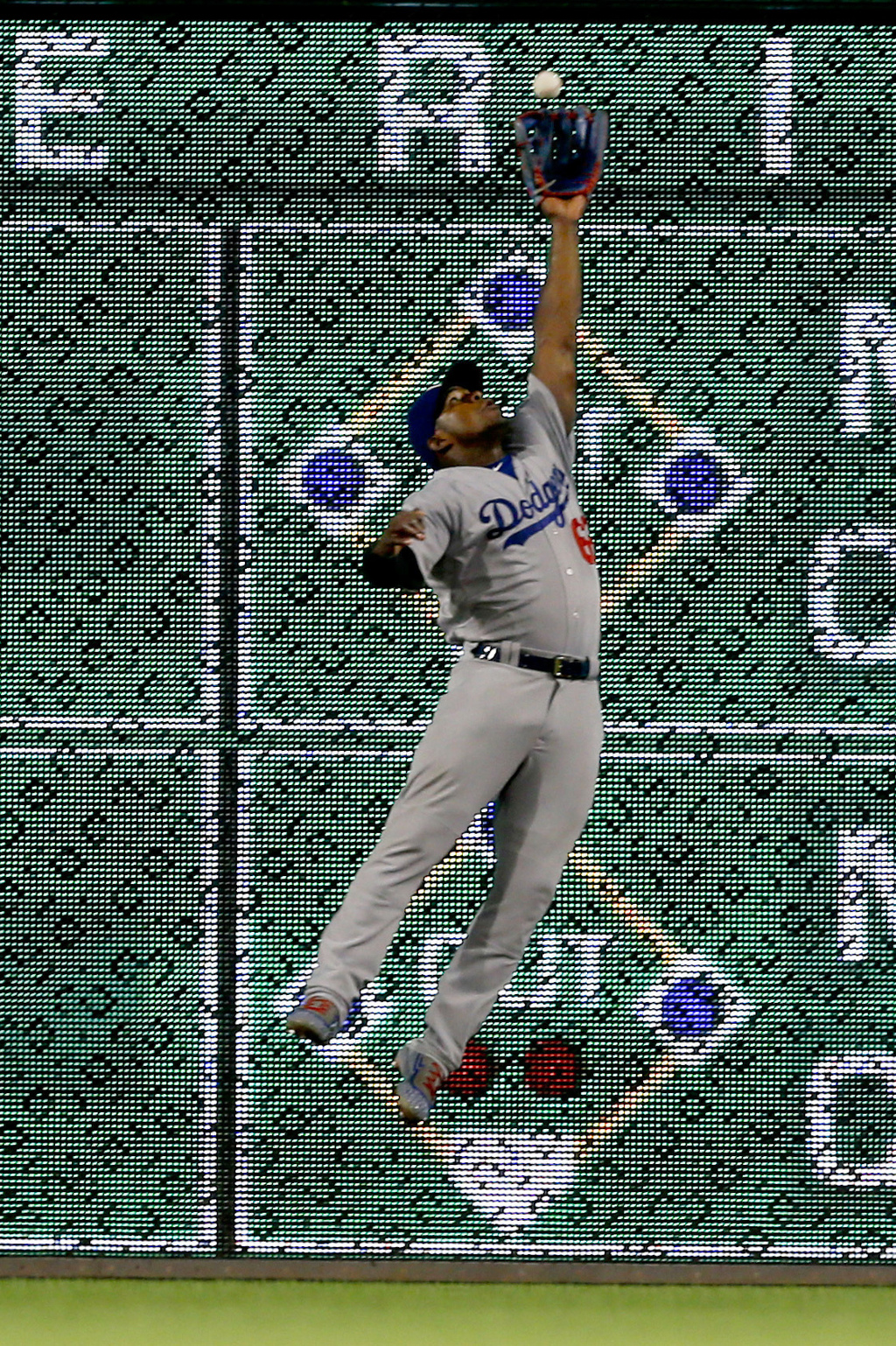 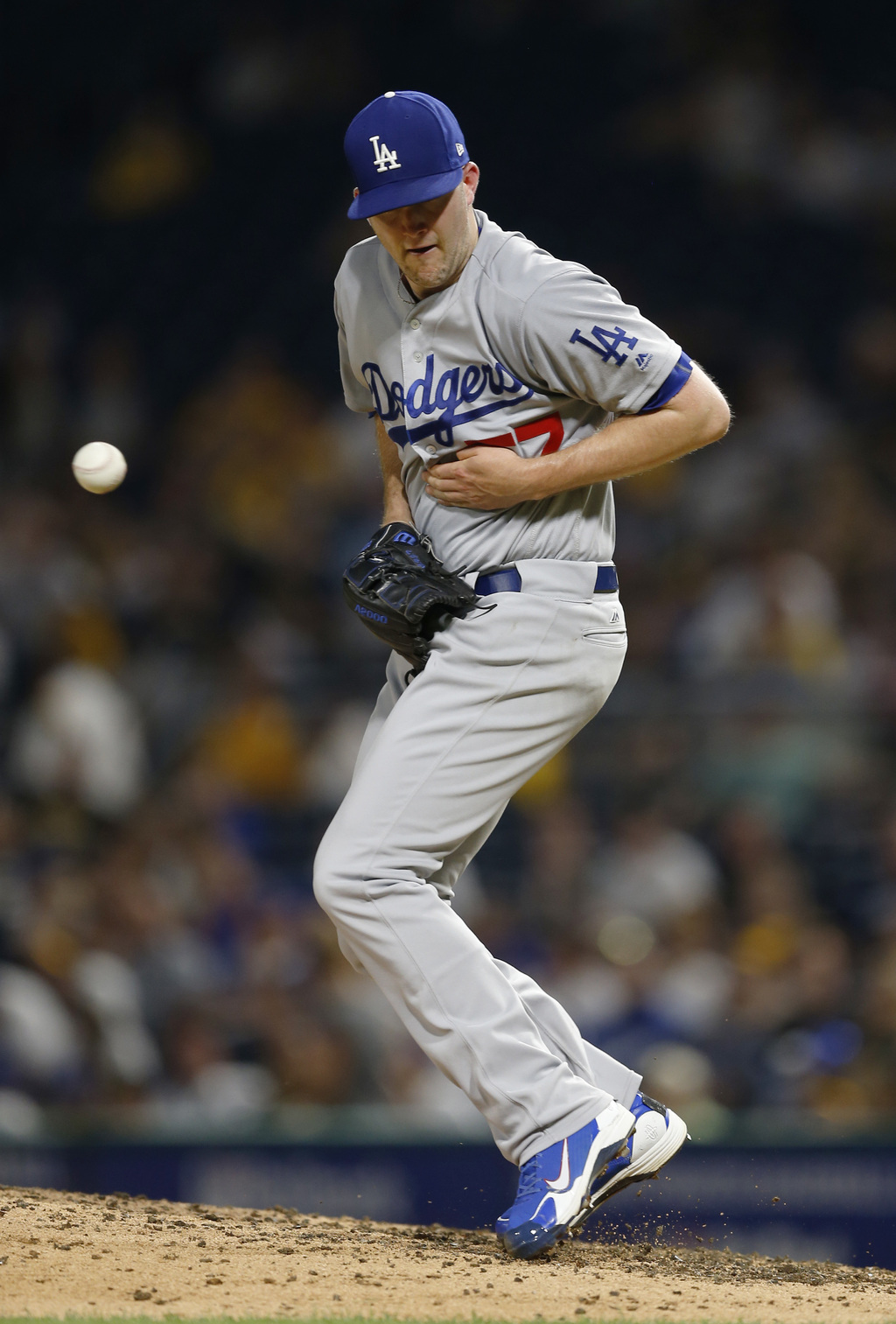 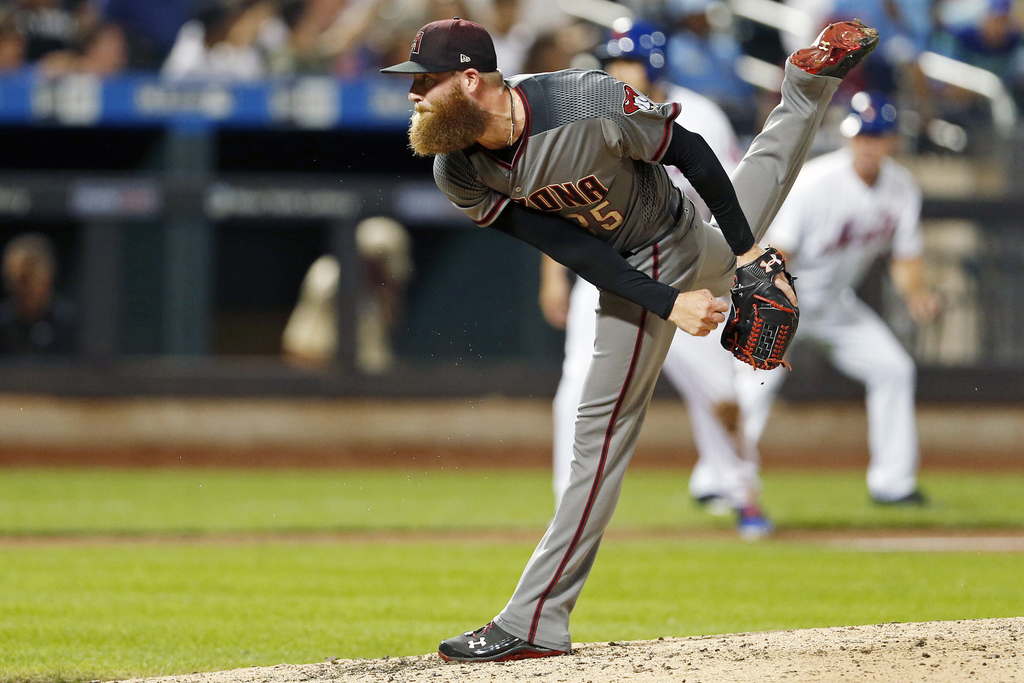 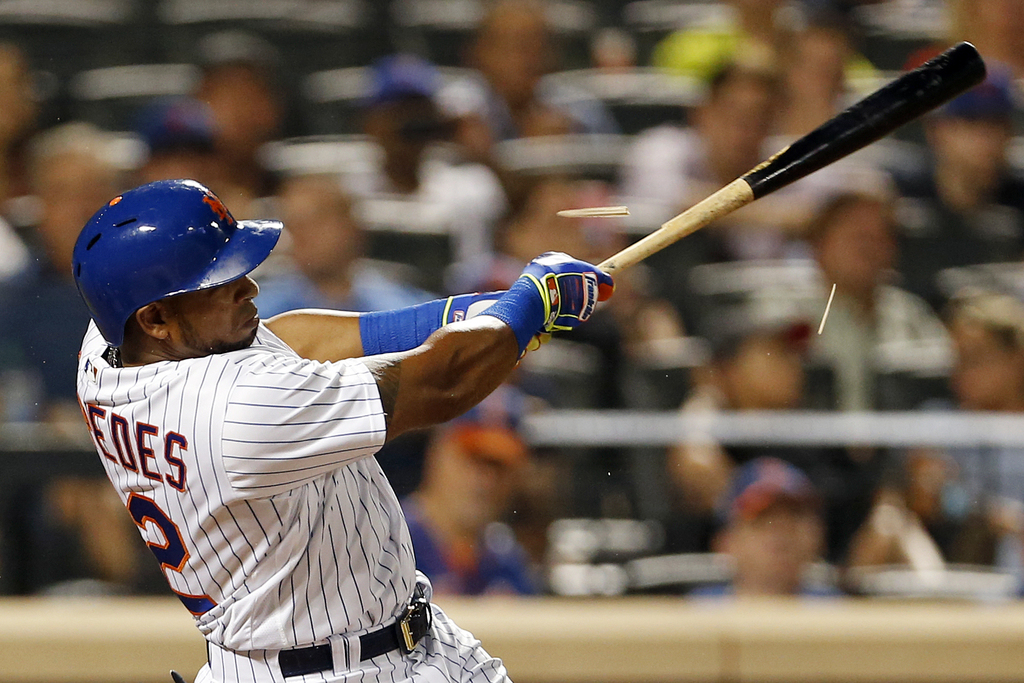 After Guyer's leadoff double against Brandon Workman (0-1), Holt fielded the bunted ball and tried to throw out Guyer at third. Guyer slid into the bag as the throw skipped past third baseman Rafael Devers, then got to his feet and raced across home plate. Teammates ran onto the field and doused Perez with water and white powder.

Perez also had a three-run homer in the second inning.

Cody Allen (1-6) allowed Christian Vazquez's leadoff single in the ninth, but retired the next three hitters. The inning ended when shortstop Francisco Lindor ran down Mookie Betts' popup in center field with his back to home plate.

Cleveland relief ace Andrew Miller left in the seventh inning after aggravating the patellar tendinitis in his right knee. Miller recently returned after over two weeks on the disabled list with the knee injury.

Puig drove a 1-0 pitch from rookie Dovydas Neverauskas (1-1) over the wall in center for his 22nd of the season. The Pirates put runners on first and second with two out in the bottom half, but Ross Stripling retired Max Moroff on a liner to right for his second save.

Curtis Granderson hit a grand slam off Gerrit Cole in Los Angeles' five-run seventh, and Luis Avilan (2-1) pitched one inning for the win.

The Dodgers haven't lost consecutive games since July 20 and 21. The Pirates have lost seven of their past nine.

J.D. Martinez had an RBI single and left fielder David Peralta threw out the potential go-ahead run at the plate for the Diamondbacks, who began the day with a 2 1/2-game lead over Milwaukee for the second NL wild card.

Pinch-hitter Gregor Blanco walked to start the 10th. One out later, Pollock sent a fastball from Eric Goeddel (0-1) over the center field fence to put the Diamondbacks back in front after they squandered a 1-0 lead in the seventh.

Fernando Rodney gave up a leadoff homer to Michael Conforto before getting three outs for his 28th save in 33 tries.

ATLANTA (AP) — Andrew Albers worked into the sixth inning for his second straight win since coming up from the minors, leading Seattle over Atlanta.

Albers (2-0) also had the first hit and RBI of his career — in his first big league at-bat.

The 31-year-old left-hander beat his former organization, having spent most of the season at the Braves' Triple-A club. He went 12-3 but never got a call to the big leagues.

Instead, Albers was dealt to the Mariners for cash on Aug. 11. He was called up by Seattle to make a start four days later, working six strong innings in a 3-1 win over Baltimore.

Now, after going just over four years between major league victories, Albers has two wins in less than a week.

Mike Foltynewicz (10-9) has lost four of his last five starts for Atlanta.

Wade Miley (7-10) held the A's to two runs, five hits and four walks over six-plus innings to pick up his first win at Camden Yards since June 17. Miley is 2-0 with a 1.38 ERA against Oakland this season.

Jones tied a career high with four hits and is one home run shy of reaching 25 for the seventh consecutive season. Zach Britton got the final out with two runners on for his 11th save this season and his 60th in a row.

Baltimore beat Chris Smith (0-3) for the second time in 12 days.

CHICAGO (AP) — Yolmer Sanchez homered and drove in four runs and Jose Abreu hit his 25th of the season as Chicago held on to beat Minnesota in the first game of a doubleheader.

Carlos Rodon (2-4) pitched effectively into the seventh inning for the fifth straight outing to earn his first win since July 3. The left-hander allowed two runs and four hits in 6 1/3 innings while striking out nine.

Jorge Polanco hit a three-run homer for the Twins off Derek Holland to cut it to 7-6 in the eighth.

Juan Minaya pitched a perfect ninth for his third save.