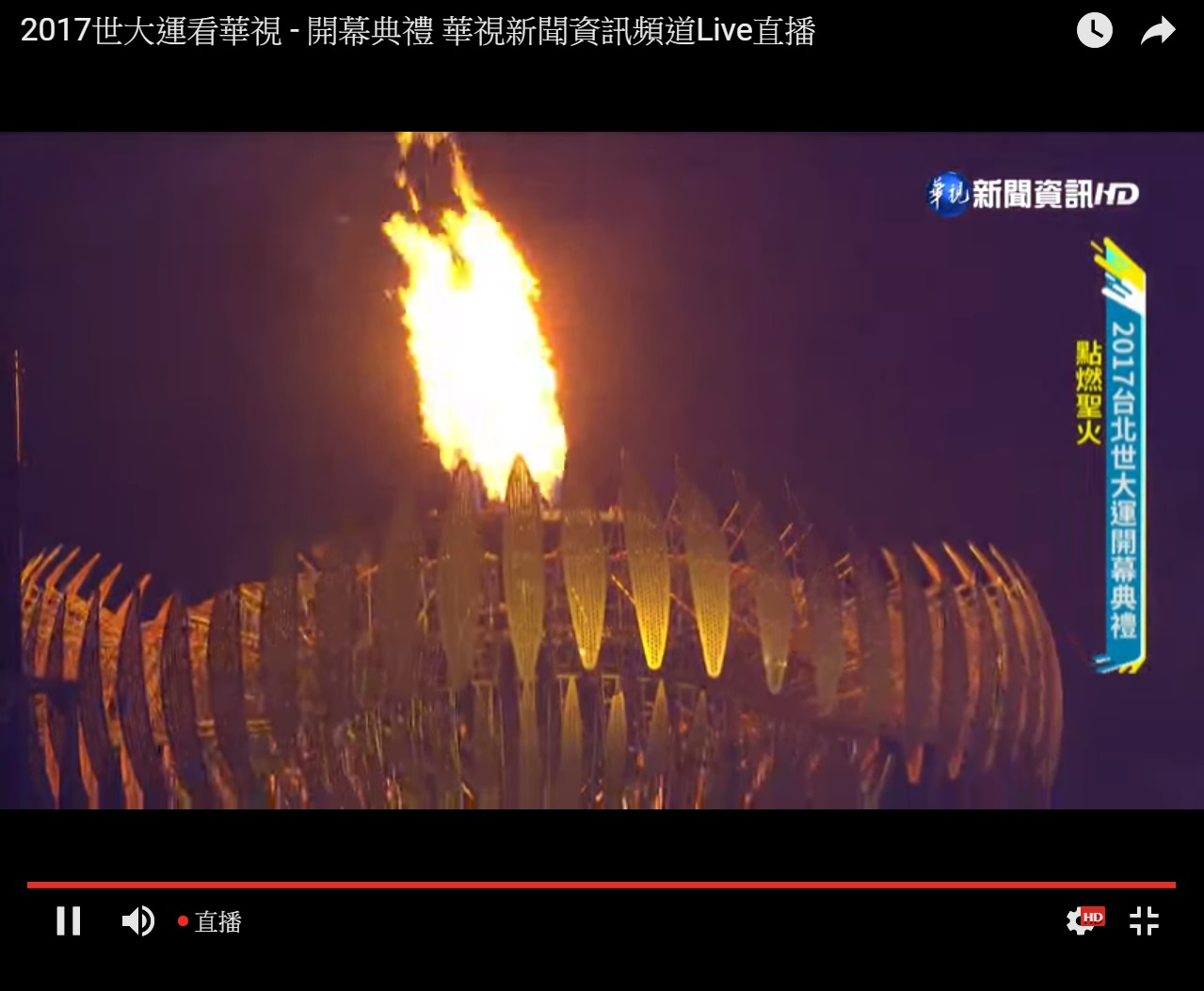 Taipei Mayor Ko Wen-je (柯文哲) used his speech at the opening ceremony of the Taipei Summer Universiade on Saturday to wish participating athletes all the success in their pursuit of higher achievements than they have so they will leave beautiful marks in their youthful life.

Ko, who chairs the Taipei Summer Universiade Executive Committee, thanked the International University Sports Federation (FISU) for giving Taipei the chance to gather more than 11,000 athletes from 142 countries in his city, no matter how far away or what ethnic groups they are.

He was also grateful that Taipei can now show the world "self-confidence, enthusiasm and vitality."

Wishing the participating athletes all the best in pursuing their dreams, Ko said, "The Taiwanese people will cheer for you with open arms and warm friendship."

FISU President Oleg Matytsin said that although a delay occurred during the ceremony - referring to many athletes being blocked by protesters of pension reform from entering the stadium on time - "sometimes, the best things are worth waiting for."

"And I want to thank you all for your very warm welcome. I have only one request: please keep cheering that loud at competitions for the next 12 days," said Matytsin in his address to the audience and the athletes.

The opening ceremony, held at Taipei Stadium, was marred by protesters against the government's pension reform plan who blocked many athletes from entering the ceremony venue, so that most of the teams were unable to take part in the parade of nations. The proceeding was delayed about 30 minutes.

The ceremony ended after former U.S. Major League baseball player Chen Chin-feng (陳金鋒) swung a bat to hit a fire ball that lit the Flame of the Taipei Summer Universiade and fireworks at the stadium, which lighted up the sky over Taipei City. The torch was lit in the Italian city of Turin on June 20, and carried through Naples, Bangkok, and Daegu in South Korea and arriving in Taiwan on June 29. Before reaching the stadium, the torch had passed through all 21 cities and counties of Taiwan.

The Universiade will run through 30, with over 7,000 student athletes from around the world competing in 22 sports at 38 venues in Taipei, New Taipei, Taoyuan, Hsinchu City and Hsinchu County.