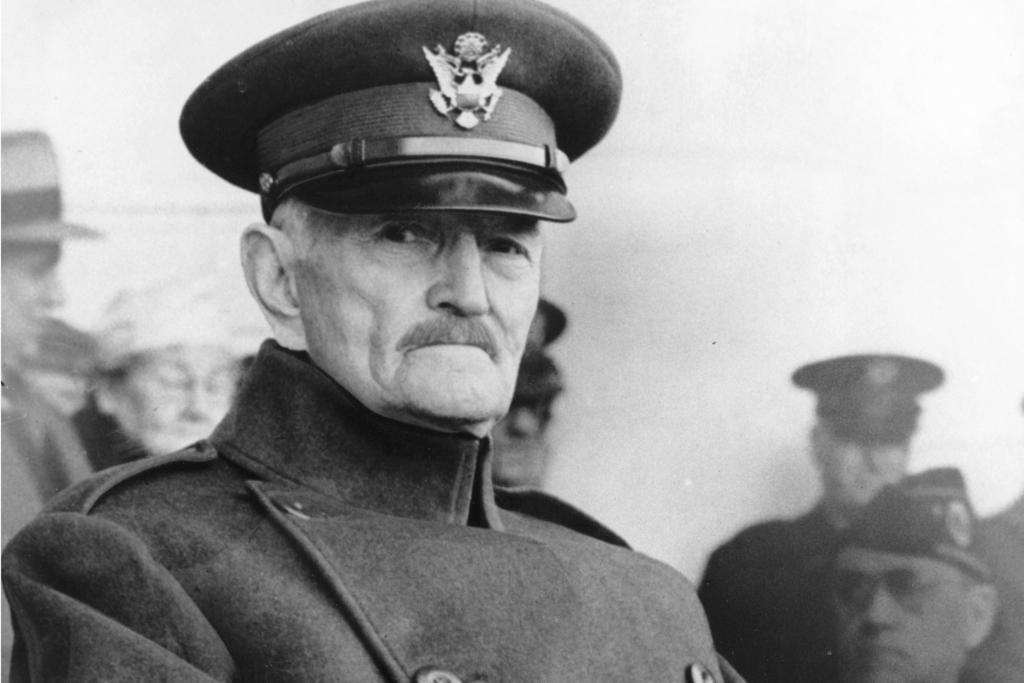 WASHINGTON (AP) — President Donald Trump is being criticized once again for lauding the alleged tactics of Gen. John Pershing in dealing with Islamic extremists in the Philippines at the turn of the last century.

Trump tweeted on Thursday that people should "study what General Pershing of the United States did to terrorists when caught. There was no more Radical Islamic Terror for 35 years!"

What is behind the tweet and the criticism? The AP explains:

PERSHING AND THE PHILIPPINES

Gen. John "Black Jack" Pershing, who would rise to fame in World War I, was a U.S. Army commander and served as governor of the southern Philippines' mainly Muslim Moro province between 1909 and 1913. His tenure came as the U.S. was consolidating its control over the Philippines, which it had won as a result of the Spanish-American War. Pershing was confronted with a Moro insurgency, which he largely broke in June 1913 in a battle that killed some 500 Moro fighters.

TRUMP AND TACTICS AGAINST TERRORISM

It's unclear. Trump did not cite any specific tactic employed by Pershing in his tweet on Thursday. But during the presidential campaign, he told a widely discredited story that Pershing had halted Muslim attacks in the Philippines by shooting rebels with bullets dipped in pigs' blood. Pork is taboo for Muslims, but that story has been widely debunked by historians as unsubstantiated or exaggerated. Fact-checking organizations such as Politifact rated Trump's claim as false.

However, according to Politifact, Pershing wrote in a memoir that another U.S. commander in the Philippines had at least once "seen to it" that Muslim insurgents' bodies were buried in the same grave as a dead pig to serve as a warning to others. "It was not pleasant to have to take such measures, but the prospect of going to hell instead of heaven sometimes deterred the would-be assassins," Pershing wrote. According to Politifact, a footnote to the 2013 edition of the memoir cited another general as telling Pershing in a letter that the practice had long been a custom "to discourage crazy lunatics."

Many critical commentators believe Trump's tweet revived the specific story about Pershing and the bullets dipped in pigs' blood that he told during the campaign. But because Trump was not specific about the tactics he was referring to, it is not possible to tell with certainty. He could also have been referring to the burials cited in Pershing's memoirs. In either case, Trump's claim that Pershing's treatment of captured militants was the prime reason for the end of the insurgency is not supported by historical fact.