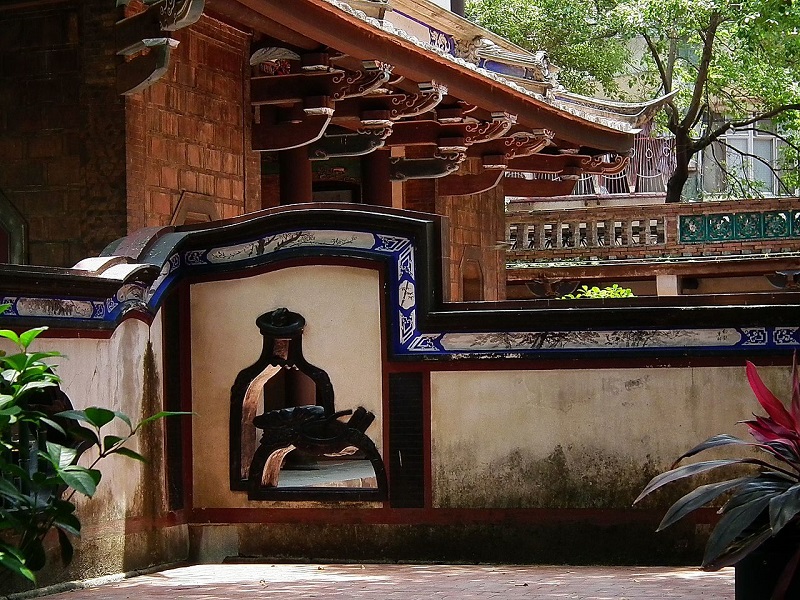 TAIPEI (Taiwan News)--Riding on Taipei Metro is the best and most convenient way to explore Taipei and New Taipei City as many attractions and places of interest are located right beside or near Taipei Metro stations. The following are a few recommended places for visitors from home or abroad.

Fort San Domingo was built by the Spanish in 1628 but was later seized by the Dutch. It is listed as a Grade 1 historical site. The upper floor of the fort commands a superb view of Tamsui old town, Tamsui River and Mt. Guanyin. After visiting the fort, visitors can stroll along the old street along the waterfront, where there are lots of local delicacies or take a boat trip to Fisherman's Wharf or Bali Yacht Wharf across the Tamsui River. Shilin Night Market ranks #1 among all night markets in Taipei. It is widely regarded as having the widest range of products, the best tasting food, the biggest crowds and the most convenient transportation. Built in 1738, Longshan Temple features a roof with multiple eaves and exquisitely carved pillars and beams. Listed as a Grade 2 historical site, it is the best preserved temple from its era in Taiwan. The front hall is dedicated to the worship of the Goddess of Mercy, while the rear hall is dedicated to Matzu Goddess of the Sea. Nearby Huaxi St. Tourist Night Market and Bo-Pi Liao historic district are also worth visiting. The Lin Family Mansion and Garden

Built in 1893, the Lin Family Park in Banqiao occupies a spacious 18,150 square meters. The library, reading room, banyan-shaded pool and large residential compound are the location's main attractions. It is widely regarded as the most beautiful private garden in northern Taiwan. The Raohe St. Tourist Night Market is 500m (1,600 ft.) long. Many food stands have sprung up around the Ciyou Temple and there are also numerous stands selling folk craft. Among the foods available here are cuttlefish potage, fried oyster omelet, pork noodles, and Songshan duck. The Ciyou Temple at one end of the market is also worth visiting. The market is busy from 3pm until early morning. Located in the southern tip of Taipei City, Maokong has grown into a favorite tourist destination for locals and travelers, who go there to visit the local tea houses. The French POMA-made system has a circuit of four stations: Taipei Zoo Station, Taipei Zoo South Station, Zhinan Temple Station and Maokong Station. The full length of the route is 4.03 kilometers. The magnificent Zhinan Temple (get off at Zhinan Temple Station) where Taoist master Lu Dungbin is enshrined is also worth visiting.