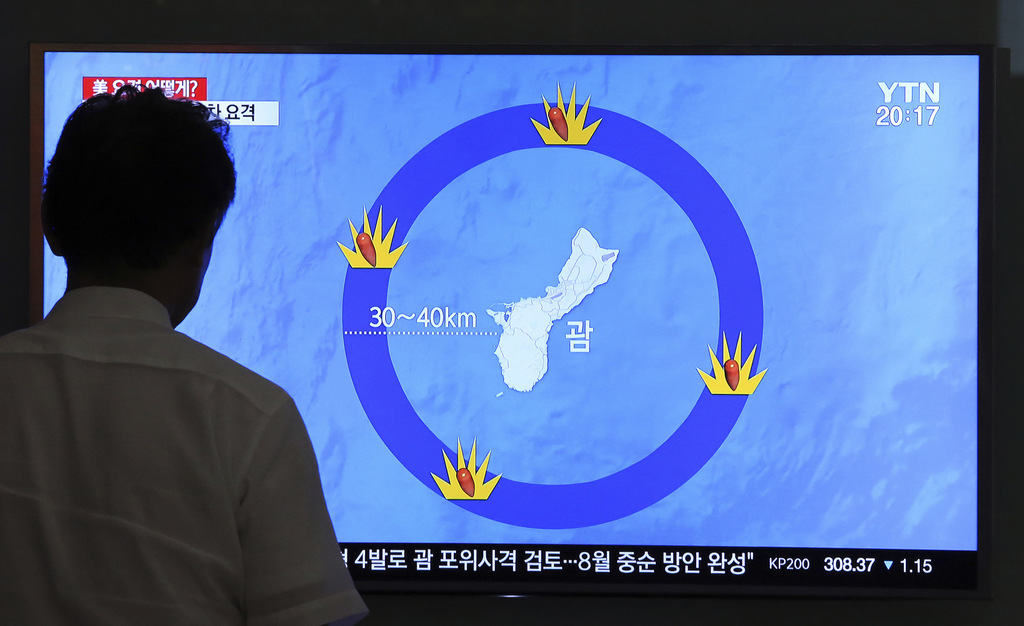 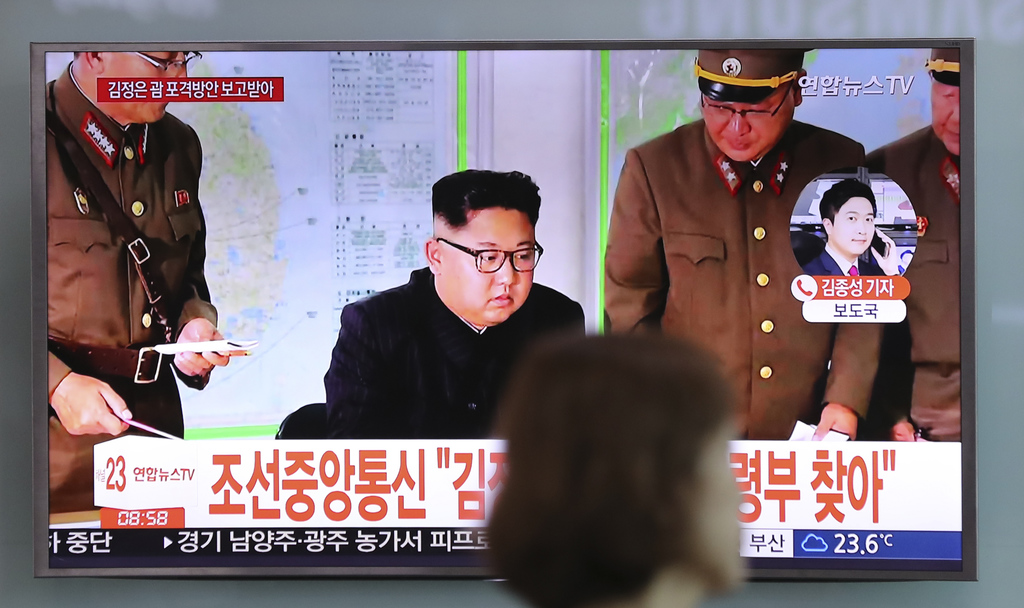 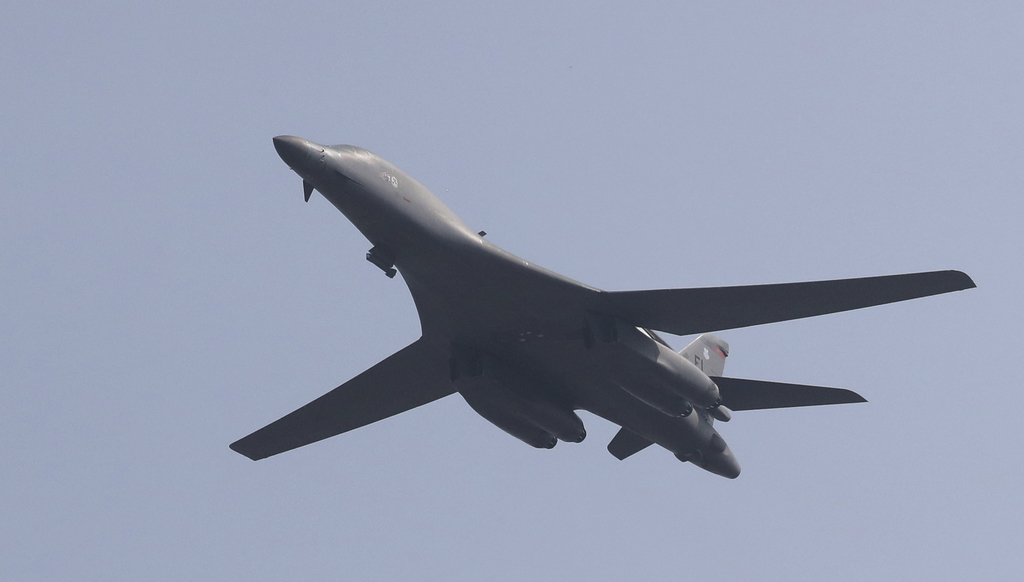 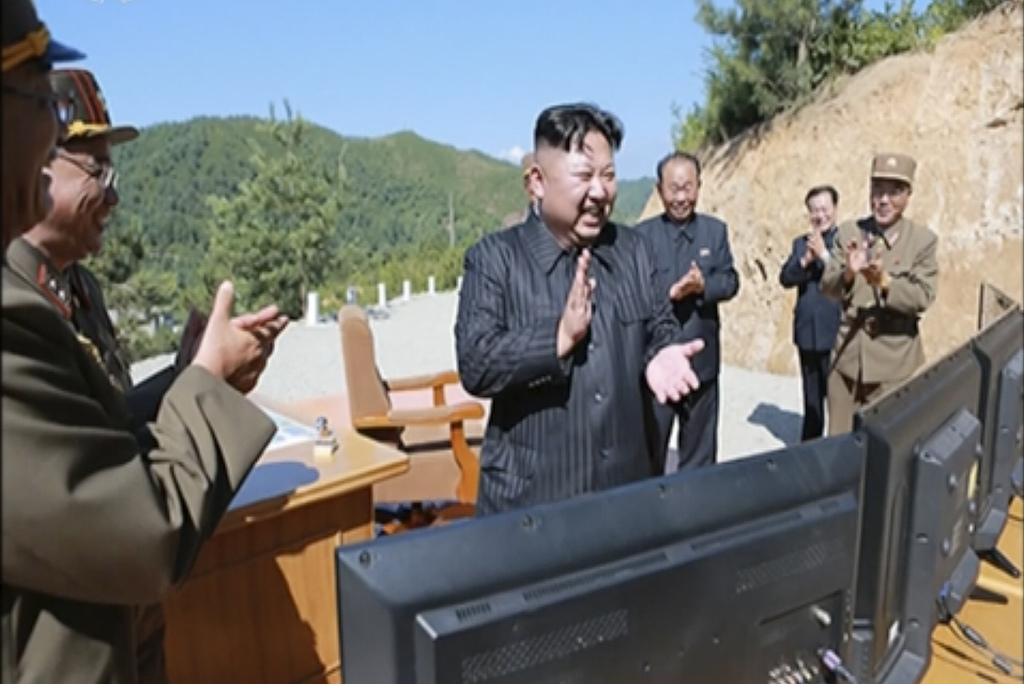 SEOUL, South Korea (AP) — If, after all the fanfare, North Korean leader Kim Jong Un doesn't actually launch missiles toward Guam, many may write the whole episode off as another of the North's seemingly endless bluffs. But from Pyongyang's perspective and in the eyes of some U.S. military experts, Kim and his generals have already won this round.

Launch or not, Pyongyang has caused great drama and angst, riled U.S. President Donald Trump and alarmed America's allies in Tokyo and Seoul. It could also set a precedent for more aggressive brinkmanship ahead.

It comes as no surprise then that on Tuesday, as North Korea's state media released photos of Kim and his military officers examining the launch plan, replete with photos of the missiles' flight path and a big satellite image of the U.S. territory's Andersen Air Force Base, it also offered a seeming out.

Kim, it said, wants to "watch a little more" before making a decision.

The North's plan is to launch four missiles into the waters around the U.S. Pacific territory: one to the north, one to the south, and one each east and west. Pyongyang is calling it an "enveloping fire" demonstration, but in military jargon it's more commonly called "bracketing." It was calculated to touch off a storm of anxiety region-wide.

But firing missiles into Guam's exclusive economic zone, as the North threatened, would be an extremely risky move. "If they fire at the United States, it could escalate into war very quickly," U.S. Defense Secretary James Mattis said Monday. "Yes, that's called war, if they shoot at us."

So, from the start, Pyongyang gave itself big exit ramps.

The North has never said it would attack Guam itself. To make its intentions crystal clear, it provided an extremely detailed account of the planned trajectory of the launch, which Japanese prefectures it would go over, the duration of the flight — right down to the second — and the distance of the "splash areas" from Guam's coast.

More importantly, it never committed to a launch date. Or, for that matter, to launching the missiles at all.

"The regime composed the threat in such a way as to allow Kim to back down without losing face," said Adam Mount, a nuclear strategy specialist with the Center for American Progress. "North Korea's Guam threat was more sophisticated, credible, and coercive than any of the vague warnings Trump made last week."

Of course, Pyongyang could blow past its own fail-safes.

It may still want to try its missiles out at an angle closer to the "battle trajectory" they would fly in a real attack, rather than the "lofted" trajectories they've been using to avoid flying over neighboring countries. If pushed further, or possibly as a high-profile protest to U.S.-South Korean military exercises that will begin next week, it could also want to use the launch to show the world what it can do and see what it can get away with.

But many experts who follow North Korea think Kim isn't in any big hurry.

"It seems to me they plan to draw this out, perhaps expecting Trump to lose interest," said Jeffrey Lewis, an arms control expert at the Middlebury Institute of International Studies in Monterey, California. "It's not an empty threat, but it's also fairly high stakes. I imagine that the North Koreans would skip it if the rhetoric was toned down."

Pyongyang has suggested Kim's decision is contingent on B-1B bomber flights from Guam to Korean airspace. The B-1B, though no longer capable of carrying nuclear weapons, is one of the most advanced bombers in the Air Force and Washington has frequently ordered such missions — over South Korea but near the DMZ — as a show of force against Pyongyang.

If Washington were to halt the flights, Kim could claim a victory. If it were to order the B-1Bs into the air, Pyongyang would have an excuse to launch. Or it could claim it magnanimously refrained from doing so, while reserving the right to do so at a later date.

For Kim, in the convoluted world of military deterrence, that's a win-win.

"I think at some point they're going to say, 'Look, this is not anything different than your flying B-1 bombers over Korea,'" said Robert Carlin, a contributor to the respected 38 North website and former State Department and CIA analyst.