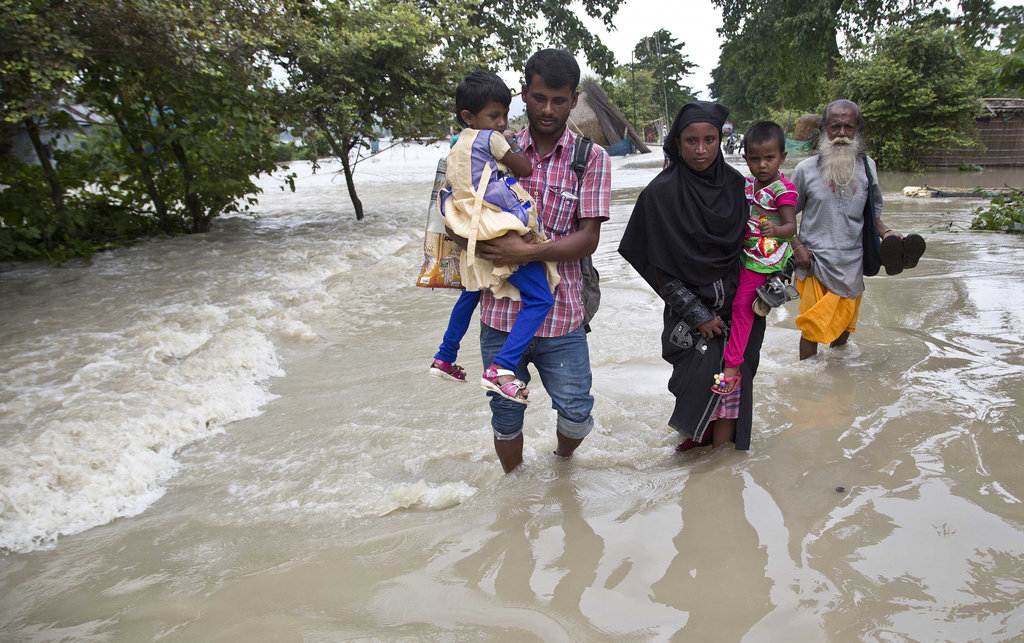 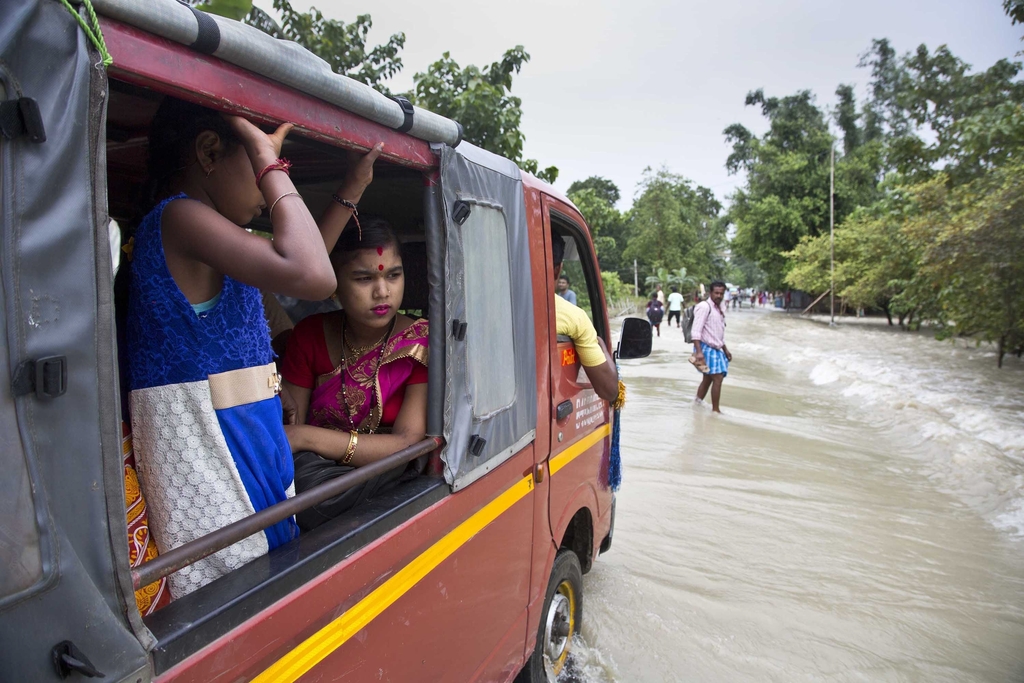 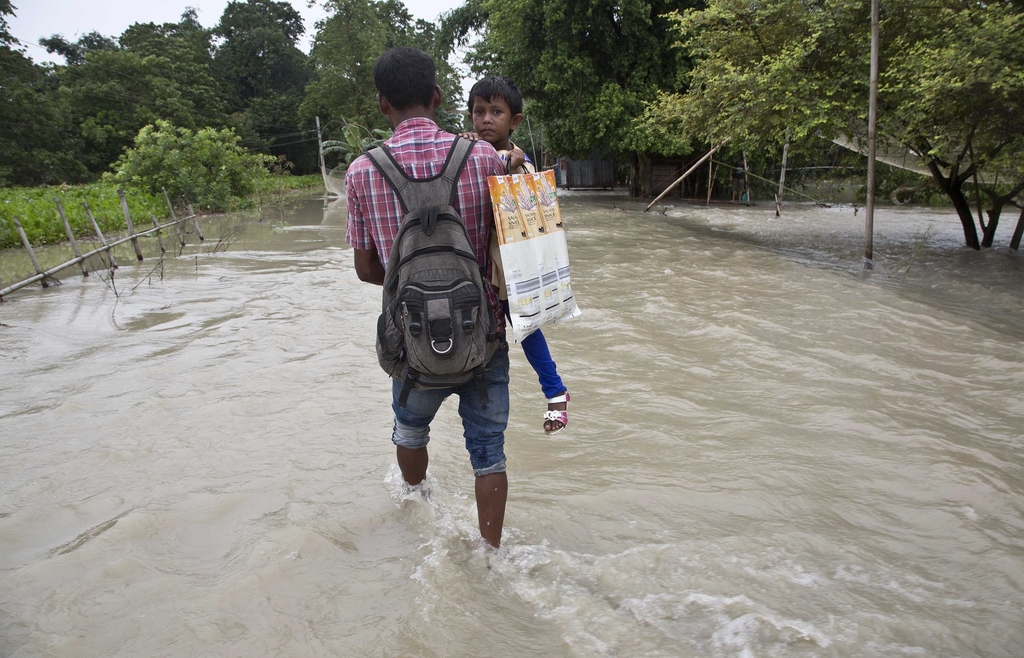 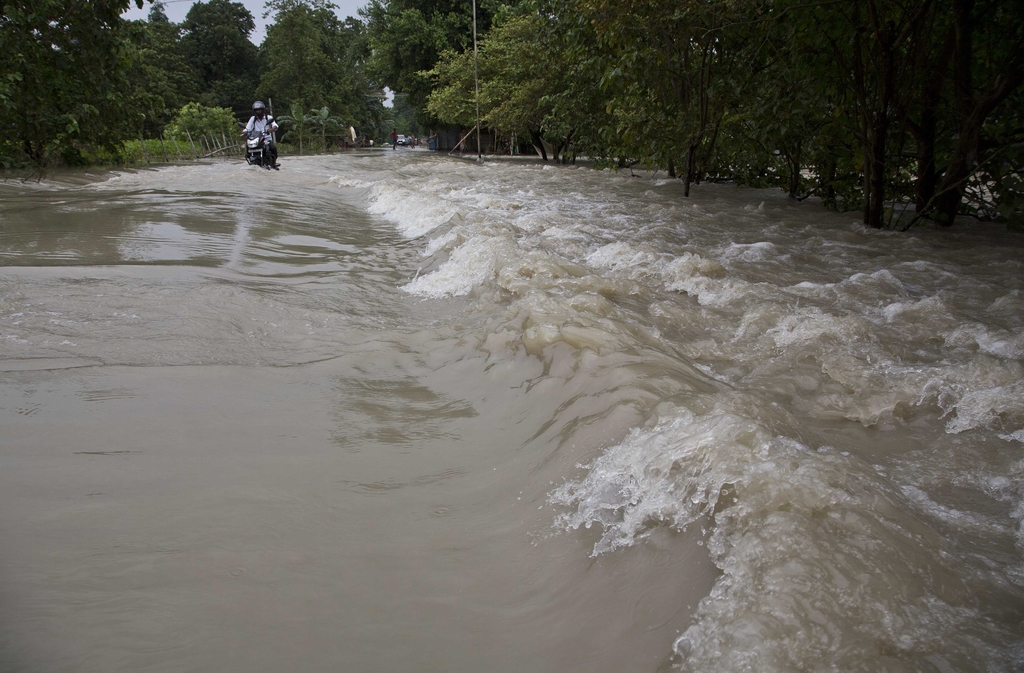 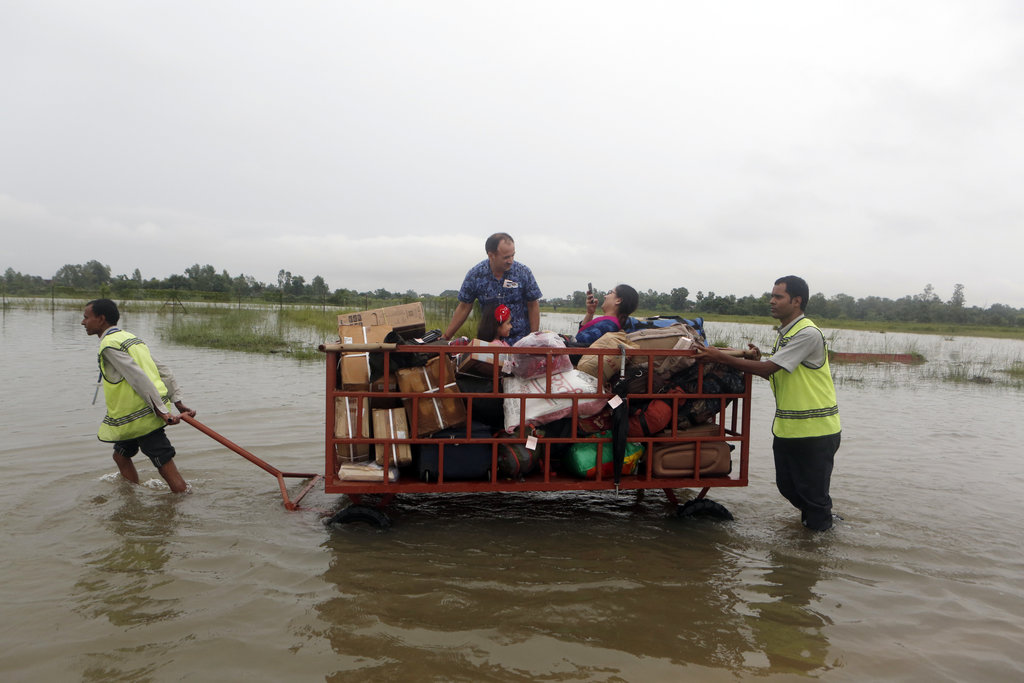 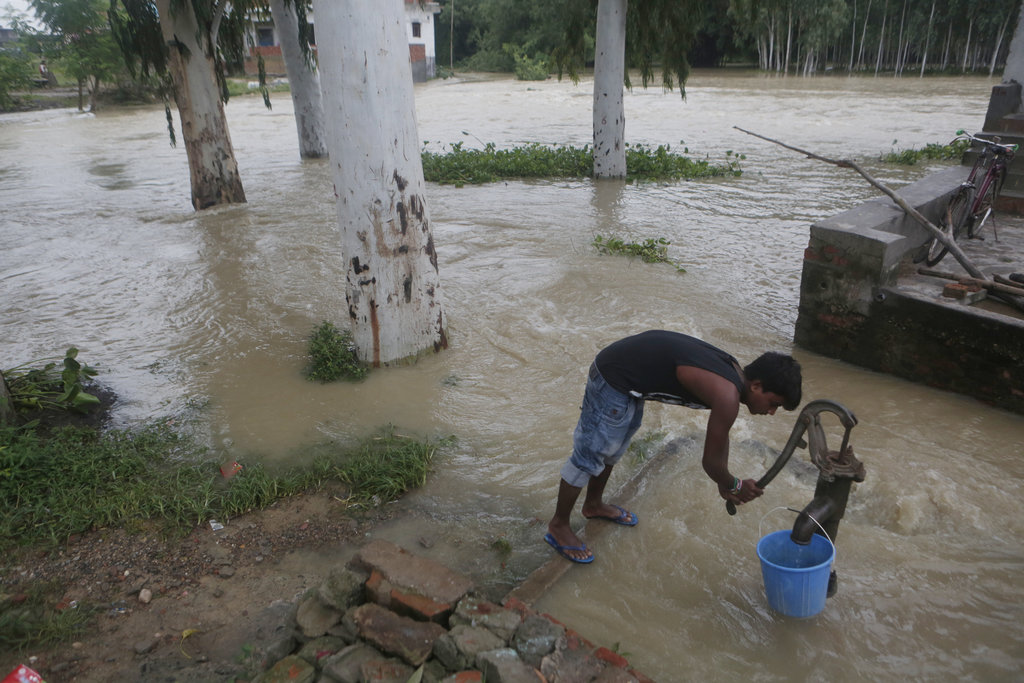 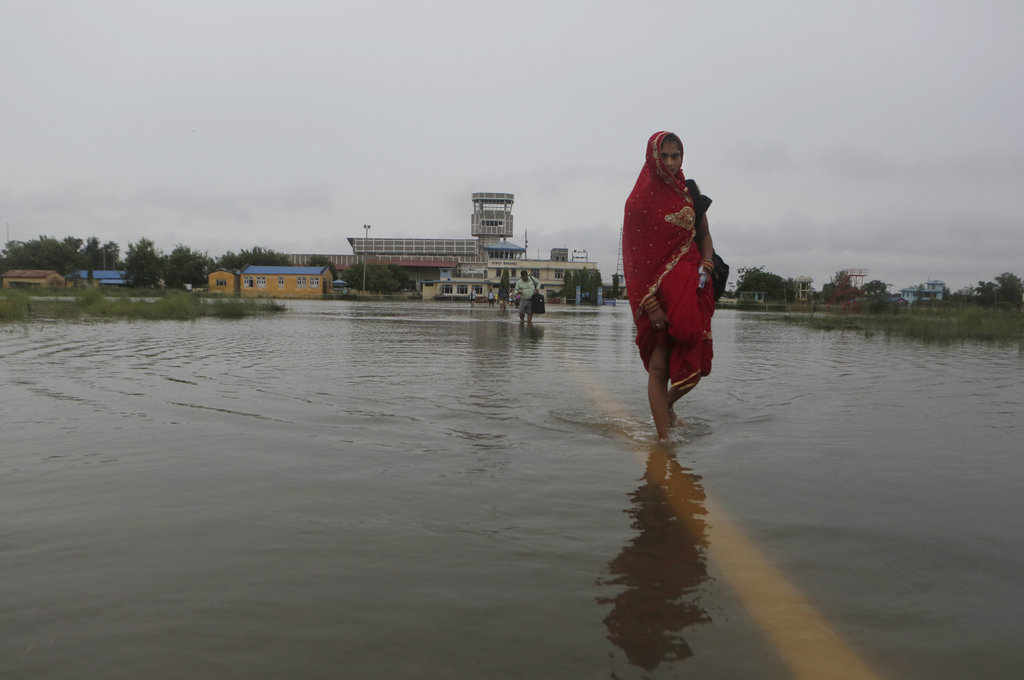 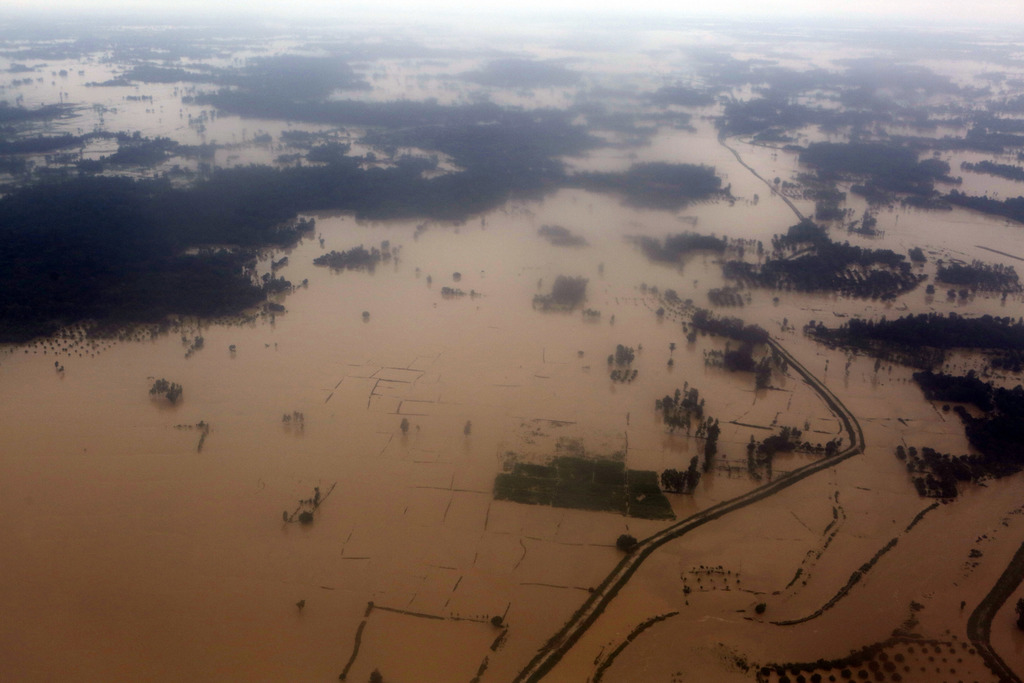 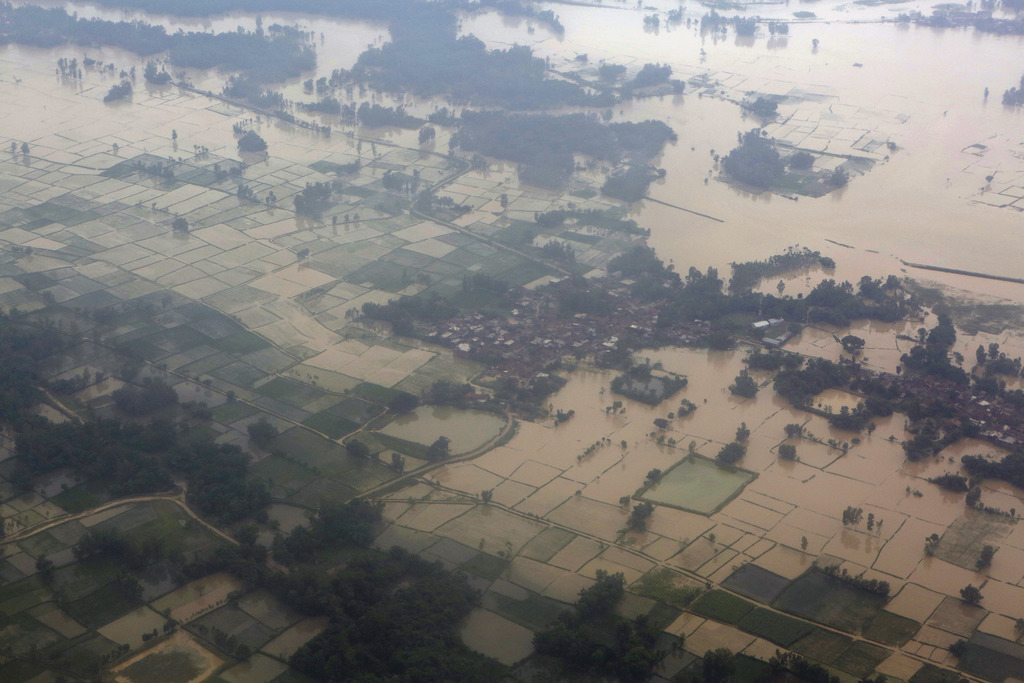 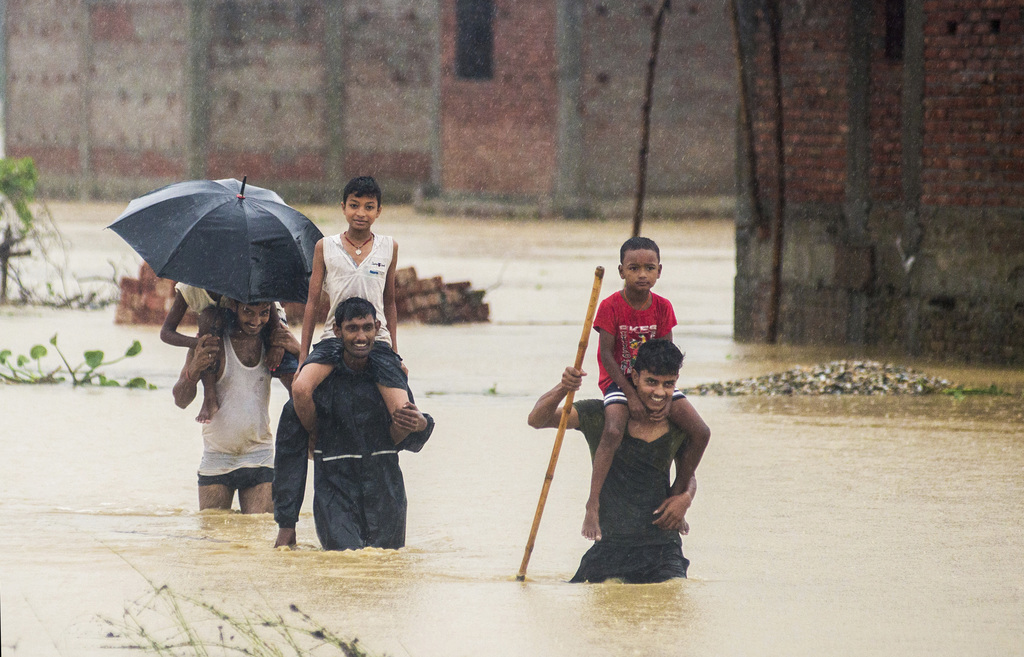 Officials said Monday that they were still trying to determine the scale of the disaster, as weather forecasters predicted more rain and casualties were reported in multiple locations across the Himalayan foothills of South Asia.

Many of those killed had drowned or been caught in collapsed houses or under toppled trees.

Nepalese police were searching Monday for 85 people reported missing after rivers burst their banks and killed at least 75, according to police spokesman Pushkar Karki.

"The death toll may go up further as reports come in from remote areas," Karki said.

The floods destroyed key rice crops in Nepal and drove thousands of farmers and their families to take shelter in schools or tents on higher ground, as water submerged roads and cut transport to affected areas. Aid workers said many did not have enough food or water.

"The heavy rains hit at one of the worst times, shortly after farmers planted their rice crop," Sumnima Shrestha, a spokeswoman for the U.S.-based anti-poverty charity Heifer International, said in a statement. "Making matters worse, large numbers of livestock have been swept away in the flash flooding."

Landslides and flooding are common across South Asia during the summer monsoon season, and have become more dangerous thanks to widespread deforestation and poor urban planning that makes it harder for the land to absorb rainfall.

Bangladesh was bracing for worse flooding Monday, as weather forecasters predicted more rain. At least 18 major rivers were flowing at dangerously high levels, according to the state-run Flood Forecasting and Warning Center.

Twenty people have been killed over the last few days in the low-lying delta nation, while another 600,000 are marooned, the country's disaster management minister said Monday.

Bangladeshi soldiers were working to evacuate those who were stranded on rooftops or in trees, after floodwaters inundated hundreds of northern villages. Around 368,000 people have taken refuge in more than 970 makeshift government shelters, said Bangladesh's disaster management minister, Mofazzal Hossain Chowdhury.

In the northeastern Indian state of Assam, the floodwaters have damaged bridges, downed power lines and washed away thousands of homes. Officials said at least 2.5 million people had been affected, including some 200,000 now staying in 440 relief camps.

With railway lines inundated, the remote region was largely cut off from the rest of the country. Indian air force helicopters were dropping food and drinking water packets in the worst-hit districts, said Assam's chief secretary, V. K. Pipersenia.

Large areas of Assam's Kaziranga National Park were also under water, forcing many of the wildlife reserve's endangered rhinos and deer to move to higher ground. Dozens of deer were killed by cars after they leapt onto a nearby highway to escape the floods.

Farther to the west, in the Indian state of Himachal Pradesh, soldiers recovered the bodies of 46 people who had been traveling in two buses that were buried in a massive landslide of rocks and mud on Sunday.