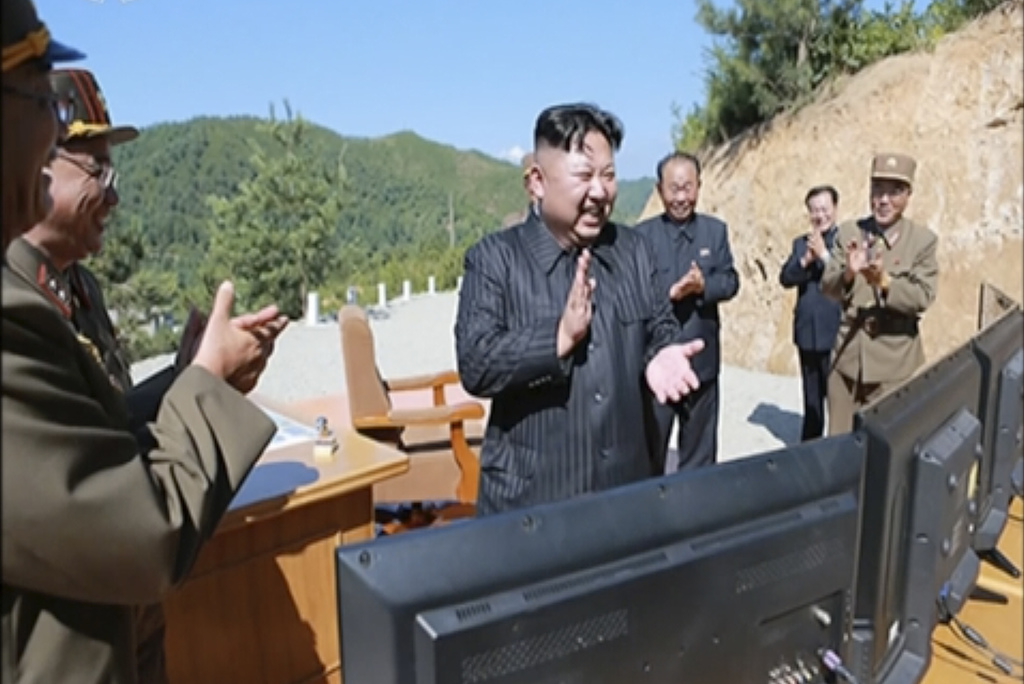 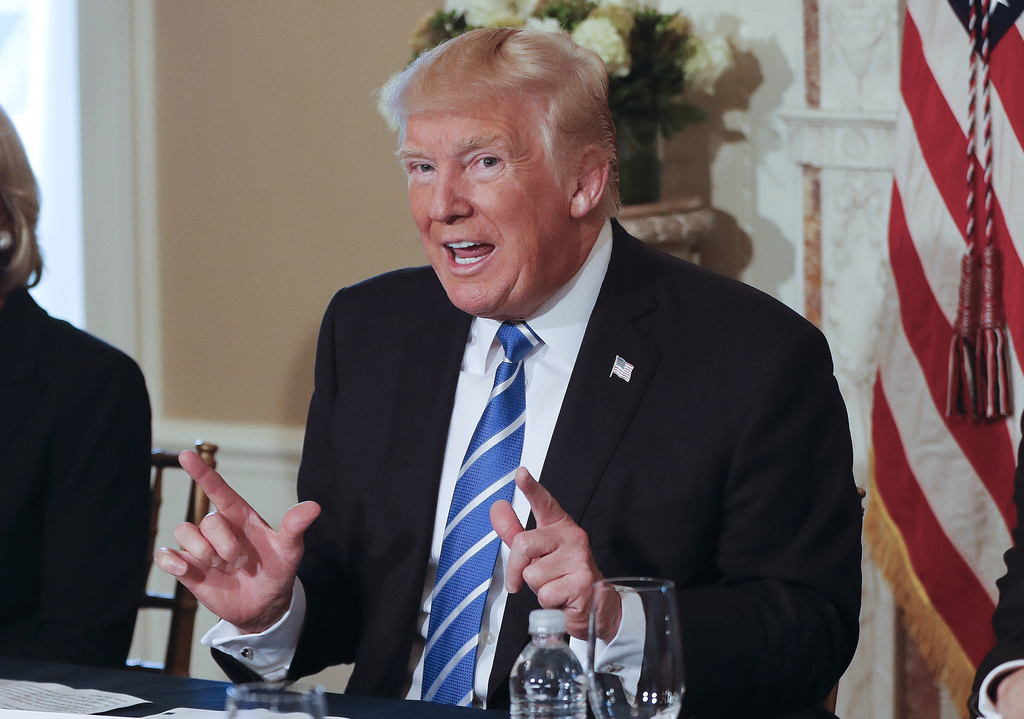 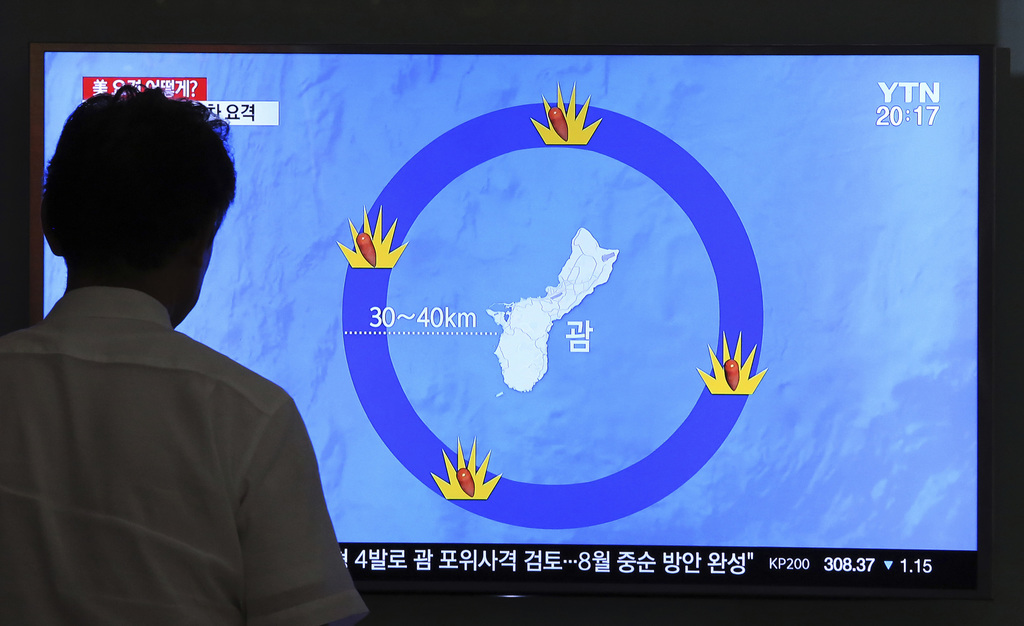 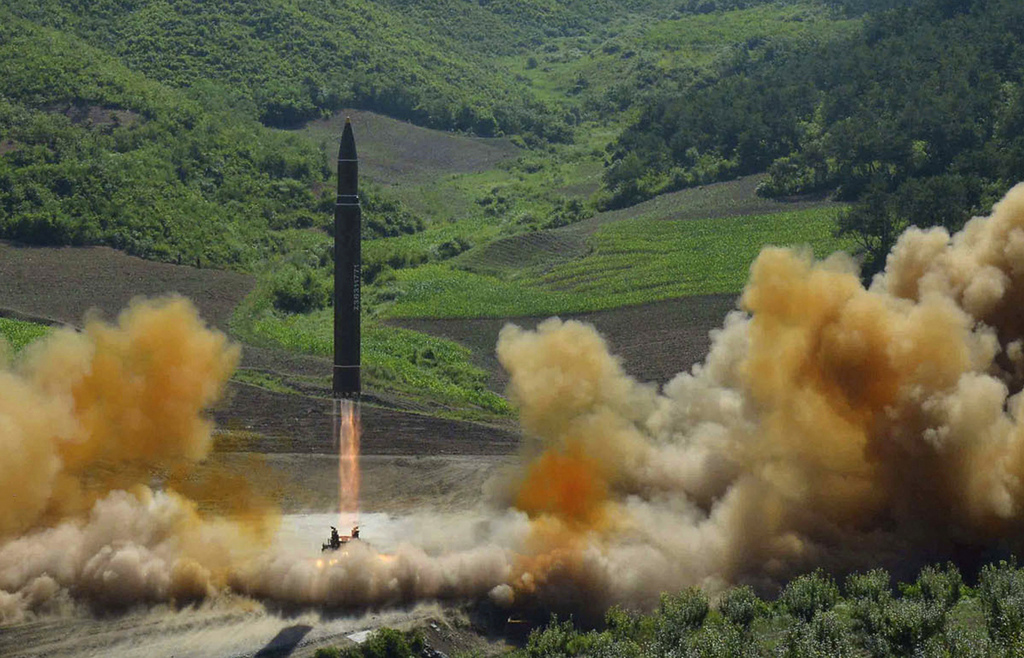 SEOUL, South Korea (AP) — North Korea's announcement that it is finalizing a plan to launch four ballistic missiles over Japan toward the island of Guam has touched off a series of fiery threats from President Donald Trump and upped tensions between Pyongyang and Washington to a whole new level.

So are we all headed toward war?

If past precedent is any guide, the answer is no. Though it has been mostly lost as the current round of tough talk keeps escalating, North Korea just a few months ago conducted a similar rehearsal strike on a U.S. military base in Japan. And that missile test led to nary a tweet from Trump.

For sure, if Pyongyang were to go through with its planned launch of missiles toward Guam, it would be an extremely provocative move. But it is also one that the U.S. military has been watching develop for years, with fairly well-defined steps that have led to an ever more complicated and potentially dangerous situation — but not the outbreak of a nuclear war.

A look at what Pyongyang is up to, and how we got here:

In March, at around the time of the biggest annual maneuvers between the U.S. and South Korea, the North fired four extended-range Scud missiles into waters off the Japanese coast in what was intended to be a mock attack on Marine Corps Air Station, Iwakuni.

Iwakuni is one of the main U.S. bases in Japan and was the staging point for F-35 stealth fighters believed to be training for precision strikes on North Korea against Kim Jong Un and his top lieutenants.

The March missile launch was not as bold as the plan for Guam — the North didn't tell the world beforehand and deliberately sent the missiles much farther north than the base itself, an easy tweak. But the move sent a strong message that such an attack would be possible.

The public response from Trump then was muted. Nearly two weeks after the launch, he tweeted, without mentioning the missile test: "North Korea is behaving very badly. They have been 'playing' the United States for years. China has done little to help!"

Pyongyang, possibly emboldened by that and its two successful intercontinental ballistic missile tests in July, appears to be hoping to send an even stronger message for Trump to back off with its Guam plan, or maybe consider direct talks rather than military action.

The biggest departure from North Korea's established pattern this time around was its decision to announce the details of the Guam plan.

Despite some frightened misinterpretations otherwise, it is not threatening to actually attack Guam. But if it does launch Hwasong-12 missiles to within 30-40 kilometers (18-24 miles) of the U.S. territory's shores, its stated goal, it would by any measure be an exceptionally provocative move.

That helps explain why it would decide to give prior notice. To keep the situation from getting too much out of control, it needed to explain itself on the record to defuse complaints from China and make sure Washington knew it wasn't the opening volley of a Korean War 2.0.

The concern over China's reaction is important.

China is the North's key trading partner and, although neither trusts the other very much, its biggest political buffer against pressure from Washington and its allies. Beijing, which is concerned about the implications for its own security that a nuclear North Korea poses, is almost certainly letting Pyongyang know of its concerns. Pointing to U.S. threats on Guam serves to rebut Chinese complaints, at least a bit.

But it could also use another familiar rationale.

North Korea sees annual U.S.-South Korea military exercises as a prelude for an invasion. The next big ones are set to start, on schedule, on Aug. 21. North Korean state media reports suggest Kim Jong Un could potentially sign off on the plan at about that same time.

Pyongyang has explicitly and repeatedly stated its anger over U.S. B-1B bombers based in Guam conducting flyovers of the Korean Peninsula.

It could use the next one to justify sending its missiles toward Guam as something of a counter-display.

The B-1B bomber flights, though largely symbolic, are especially sensitive to Pyongyang because they represent a serious threat that North Korea's air defenses can't confidently protect against. Trump played that up on Friday by retweeting a U.S. Pacific Command tweet saying the bombers on Guam are ready to fulfill their "Fight Tonight" mission if called upon.

But there is also a lot of history here. The U.S. devastated most of North Korea's cities and infrastructure with a massive bombing campaign during the 1950-53 Korean War.

Joshua Pollack, a senior research associate at the Middlebury Institute of International Studies at Monterey, in California, noted the link but cautioned that the North might want to conduct the launch with or without a B-1B flight to justify it.

"If we do stop flying bombers at them for a while, they can declare victory and go home, and then decide whether to do it at some later date in response to whatever," he said. "Whether they feel genuinely annoyed and threatened or simply see this as a way to justify more missile tests to the Chinese is a fair question."

"It certainly does make a statement," Pollack added. "Two can play at this game now."