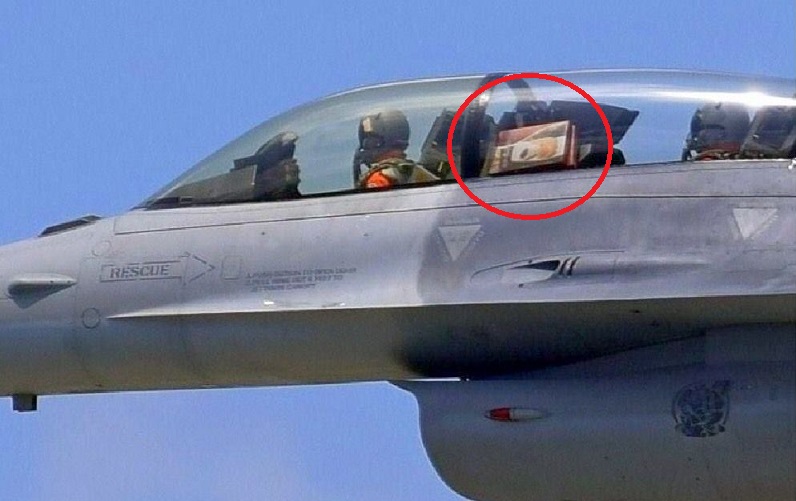 TAIPEI (Taiwan News) -- After a photo of a Taiwanese F-16 fighter jet circulated on social media showing two boxes of mochi in the cockpit, the pilot responsible for carrying the contraband confection will be reprimanded by to the Air Force, reported Apple Daily yesterday.

Air Force 401st Tactical Composite Wing Colonel Kuo Chih-hua (郭志華), confirmed that the mid-level flight officer on June 6 while on a transition flight mission was photographed with a high-speed camera by an aviation fan transporting personal items in his aircraft.

Kuo said that the flight officer has been immediately recalled to carry out a full investigation into the incident and he has asked all units to strengthen flight discipline and educate personnel on the regulations to avoid a repeat of such an incident. Kuo added that in general, Air Force personnel are discouraged from taking personal items on aircraft, instead they are expected to ask ground crew for assistance or place the items in luggage that will go in the cargo hold.

The two boxes of mochi, a Japanese-style glutinous rice cake, which were pictured in the cockpit were Tzen Chi Mochi, a popular gourmet brand of the chewy treat based in Hualien.