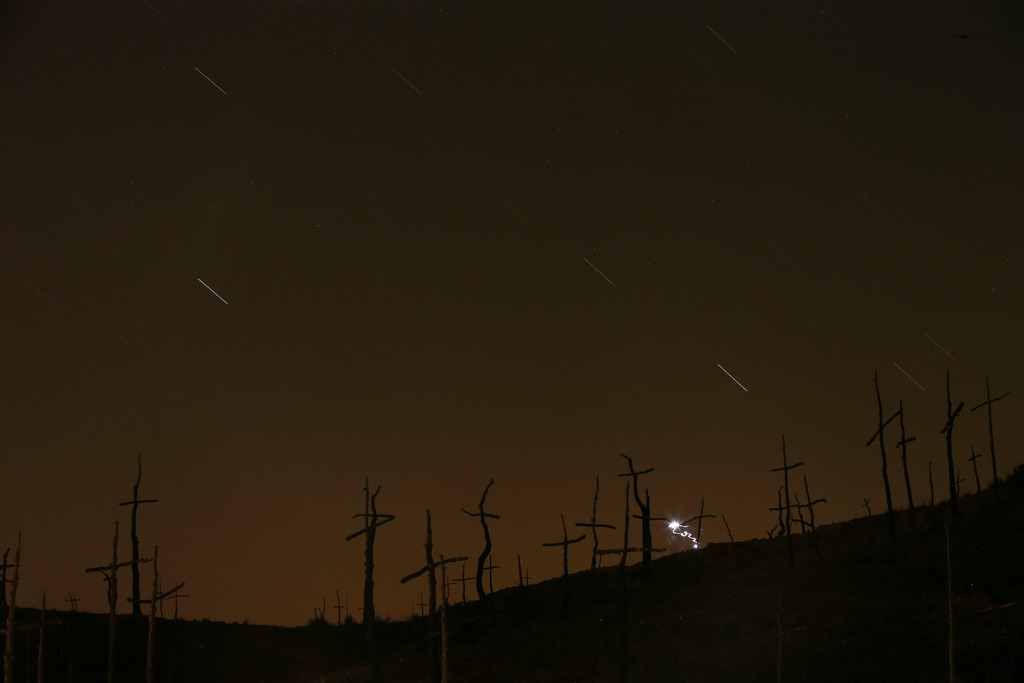 Astronomers are projecting a slightly higher than normal rate of 150 meteors per hour across North America. But the bright moon will wash out the finer Perseids. So the viewing rate will be more like 30 to 40 meteors an hour. Peak viewing will be Friday night, early Saturday, Saturday night and early Sunday.

The real cosmic show will be the total solar eclipse — the first to cross the U.S. coast to coast in 99 years.

NASA's meteor expert, Bill Cooke, says the Perseids "can be the warm-up act."