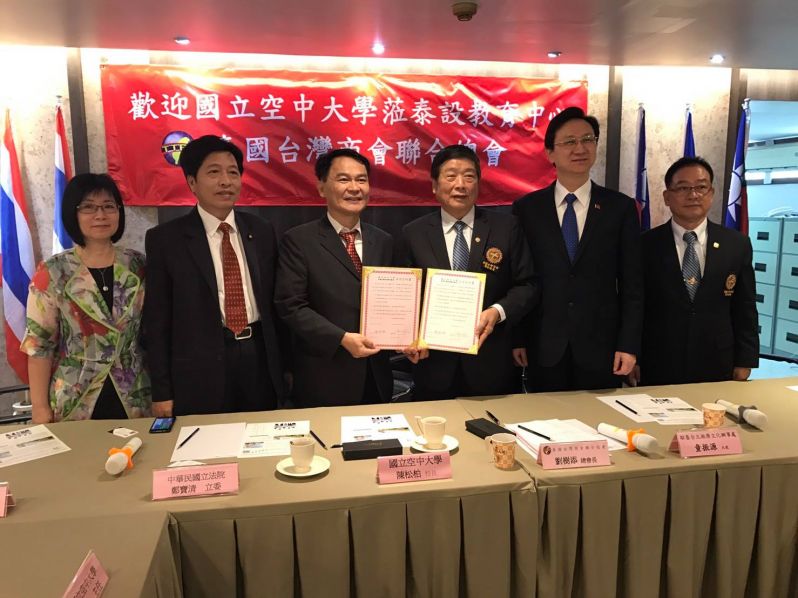 A memorandum of understanding on promoting Mandarin education in Thailand was inked by New Taipei City’s National Open University and Thai-Taiwan Business Association Aug. 9 in Bangkok.

Under the agreement, the two sides will collaborate on promoting a series of free NOU-produced Mandarin online courses and teacher training materials, as well as providing tailored basic communication and conversation programs for the employees of Taiwan-headquartered companies in Thailand.

Tung Chen-yuan, head of Taipei Economic and Cultural Office in Thailand, said at the signing ceremony that the pact is a win-win for both countries. Increasing the number of people with Mandarin skills deepens the talent pool available to Taiwan firms operating in Thailand and expands people-to-people exchanges, he added.

According to Tung, promoting Mandarin education abroad is in line with the government’s New Southbound Policy, which seeks to strengthen Taiwan’s ties with the 10-member Association of Southeast Asian Nations, six South Asian countries, Australia and New Zealand in areas spanning agriculture, business, culture, education, tourism and trade. It is hoped more Taiwan universities will follow NOU’s example and build connections with Thailand through similar education-based tie-ups, he said.

Also the same day, the NOU Education Center in Thailand was inaugurated by NOU President Chen Sung-po and TTBA President Liu Shu-tien. The center will serve as the university outpost of Mandarin learning in Thailand, Chen said, adding that it is expected to take on a bigger role going forward by conducting preliminary courses in the language for Thai students enrolled at Taiwan tertiary institutions.

The latest statistics from the Ministry of Education reveal there are 1,748 Thai students studying in Taiwan, with over 31 percent pursuing academic degrees. Thailand is the country’s fourth biggest source of students in ASEAN behind Vietnam, Indonesia and Malaysia in ascending order.