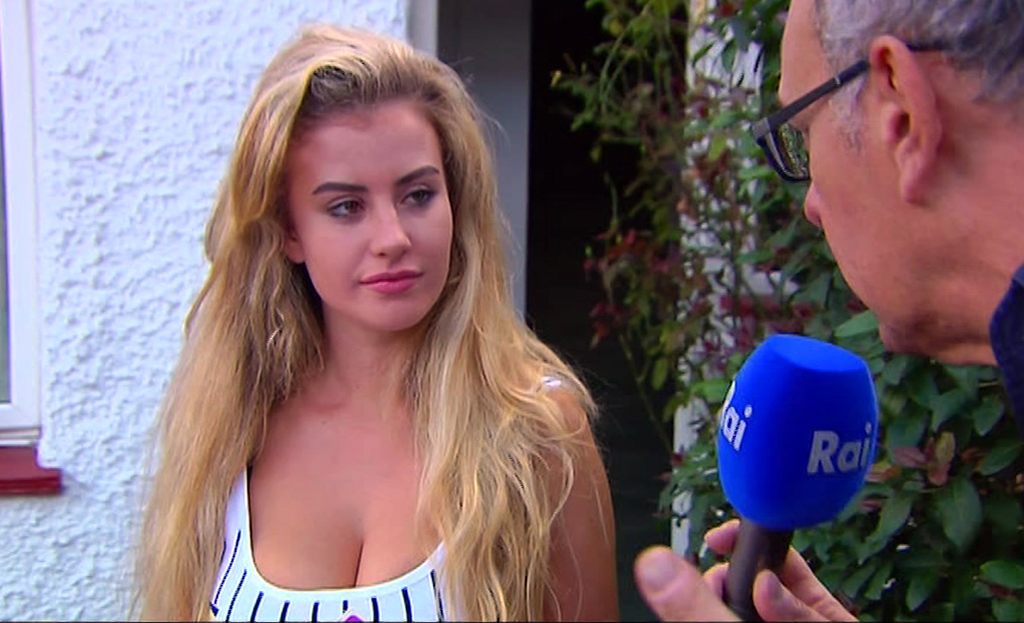 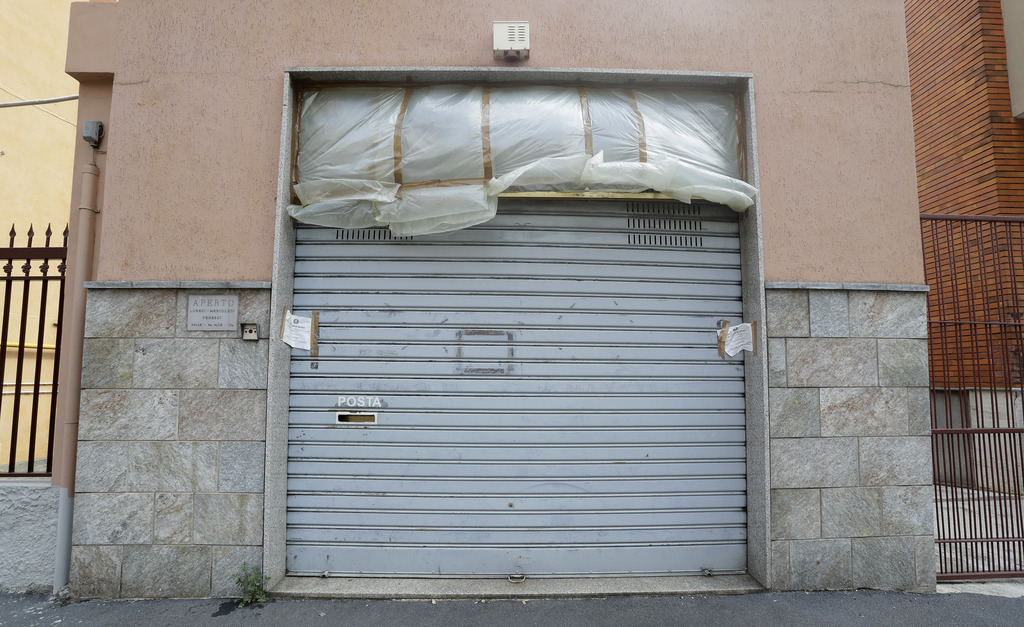 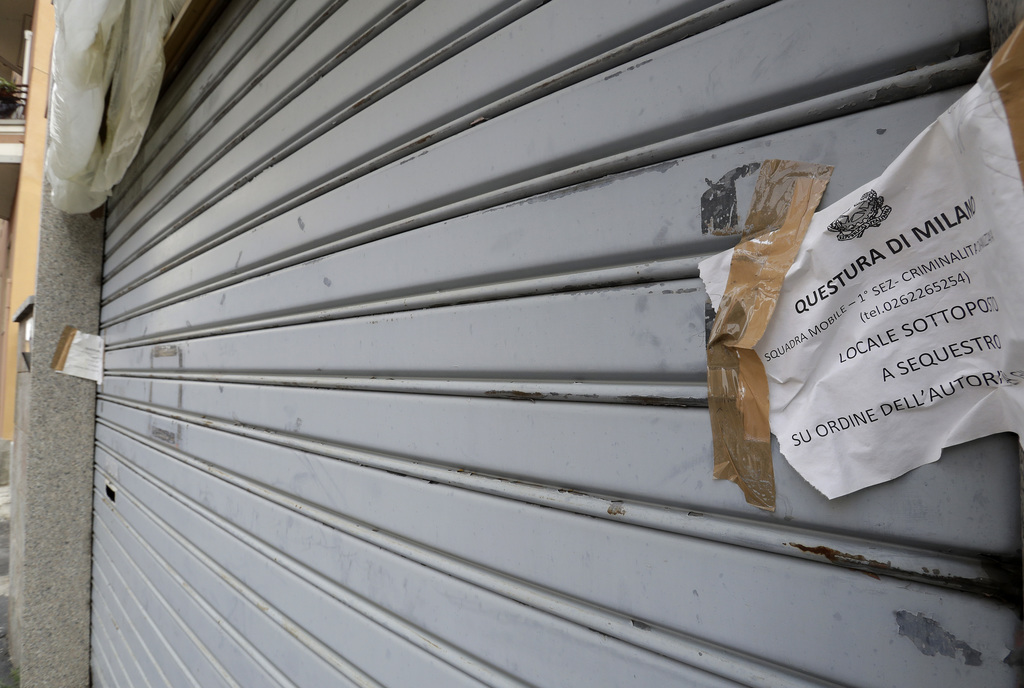 LONDON (AP) — The man accused of kidnapping a British model in Italy painted a picture of big money, international intrigue and spine-chilling dealings as a member of Black Death, an organization selling drugs, guns and murder on the dark web.

The reality of Lukasz Pawel Herba's life appears to be more prosaic, riddled with exaggerations and contradictions. Investigators are picking through his story to sift truth from myth — and uncover whether the shadowy Black Death group really exists.

Italian police have arrested 30-year-old Herba over the abduction of Chloe Ayling, who says she was lured to Milan on the pretext of a photo shoot. When she arrived, she says she was drugged, stuffed into a suitcase and held at a rural house by criminals who threatened to auction her into sexual servitude, while also demanding a $300,000 ransom from her agent.

Six days after the alleged July 11 abduction, Herba took Ayling to the British Consulate in Milan. He was detained on suspicion of kidnapping to extort money and falsifying documents.

WHO IS LUKASZ HERBA?

Herba was born in Poland and lives in Oldbury, a town in the West Midlands area of central England. He shared an apartment in a low-rise building with his elder brother Michal, who is registered as running a road haulage firm. British police searched the apartment after Lukasz's arrest, and say they took away computers for forensic examination.

Local resident Sinead Boyce told Britain's Sun newspaper that Herba rarely spoke to his neighbors, and was sometimes seen wandering around with a rat on his shoulder.

On Facebook, Herba claimed to be chairman of the board of Karmerg, a company whose website describes it as "a well-recognized technology trade expert" in the fields of chemistry, electronics, biology and physics. There is no public listing in Britain for such a company. The website lists the names and email addresses of several alleged employees, none of whom responded to requests for comment.

WHAT IS BLACK DEATH?

On a website lurking in the murkier depths of the internet, Black Death claims to be "an organized crime group based in eastern Europe." Its home page, captured by EU police agency Europol, contains a picture of figures wearing pointed masks associated with the 14th-century bubonic plague.

The site lists services including blackmail, murder, the supply of guns, bombs and drugs and the sale of trafficked women. Three alleged women for sale are listed, with ages, nationalities and measurements and asking prices ranging from $120,000 to $750,000.

The site even has a recruitment section, with job openings including "superhacker" and a "radioactives expert."

It's far from clear, however, whether the group actually delivers on any of its supposed services.

The "sale" information has more in common with fantasy abduction scenarios presented in Hollywood movies like "Taken" than with typical human trafficking cases. And when a journalist, Joseph Cox, examined the site in 2015, he found that one of the photographs of a young woman supposedly up for sale had been lifted from a pornography video.

Thomas Rid, a professor of security studies at King's College London who has studied the dark web, said there is little evidence of "an assassination or kidnapping service 'hit job'" advertised on the dark web actually being executed.

"We have precedents of people claiming they would provide that type of service, but as far as I know ... I don't think this has ever happened," he said.

Europol's dossier doesn't express a view on whether Black Death actually provides the services it advertises. Europol said it couldn't comment because there is "a live investigation ongoing" in an EU member state.

WHAT DOES HERBA SAY?

Ayling told investigators that Herba bragged about having earned $15 million over the last five years selling women on the internet. According to court documents obtained by The Associated Press, she said he told her that "at least three girls a week are sold, and when the buyer is tired of the girl he purchased in the auction, he can give to another person, and that when she is no longer of interest she is 'fed to the tigers.'"

Italian prosecutor Paolo Storati said Herba was dangerous and also appeared to have "traces of mythomania" — a tendency to exaggerate or tell lies.

Herba also downplayed his involvement in the kidnapping, telling investigators it was orchestrated by a group of Romanians who paid him 500,000 pounds ($649,000) to rent properties around Europe. He said he became involved with the Romanians because he has leukemia and needs money to pay for medical treatment.

Italian police say he didn't provide the names of doctors or other evidence he is ill.

He also told police he wasn't present when Ayling was kidnapped, but came to her aid when he saw her photos posted in an online auction.

The two had met three months before in Paris, when Ayling went to a modelling job that was cancelled. Lukasz told investigators he called the job off when he realized the Romanians intended to kidnap her.

"Trials happen in the courtroom," he said.