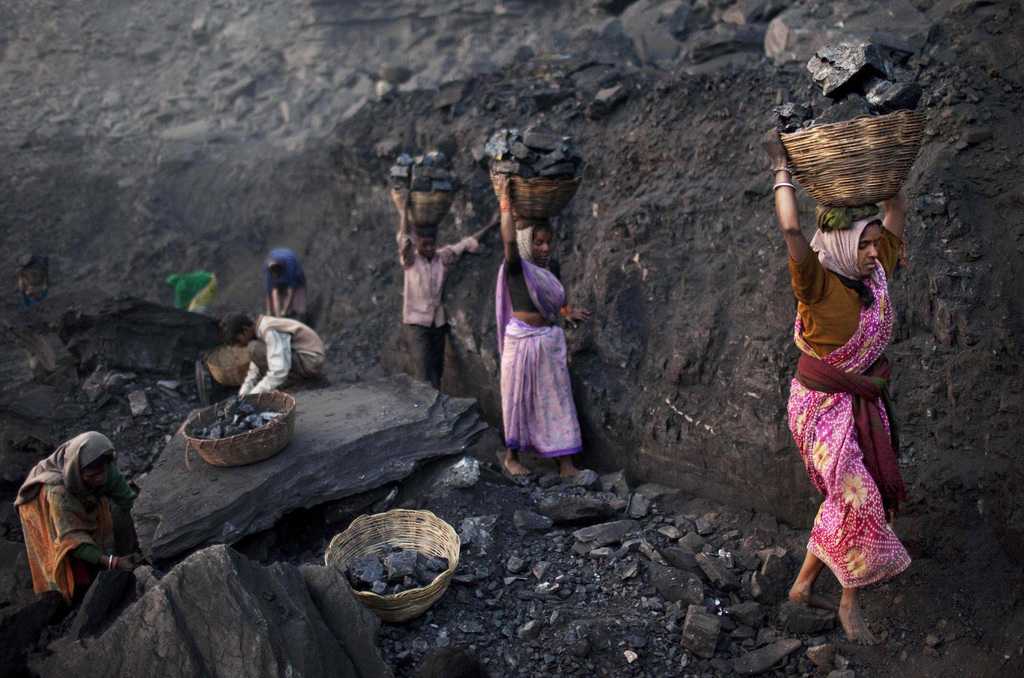 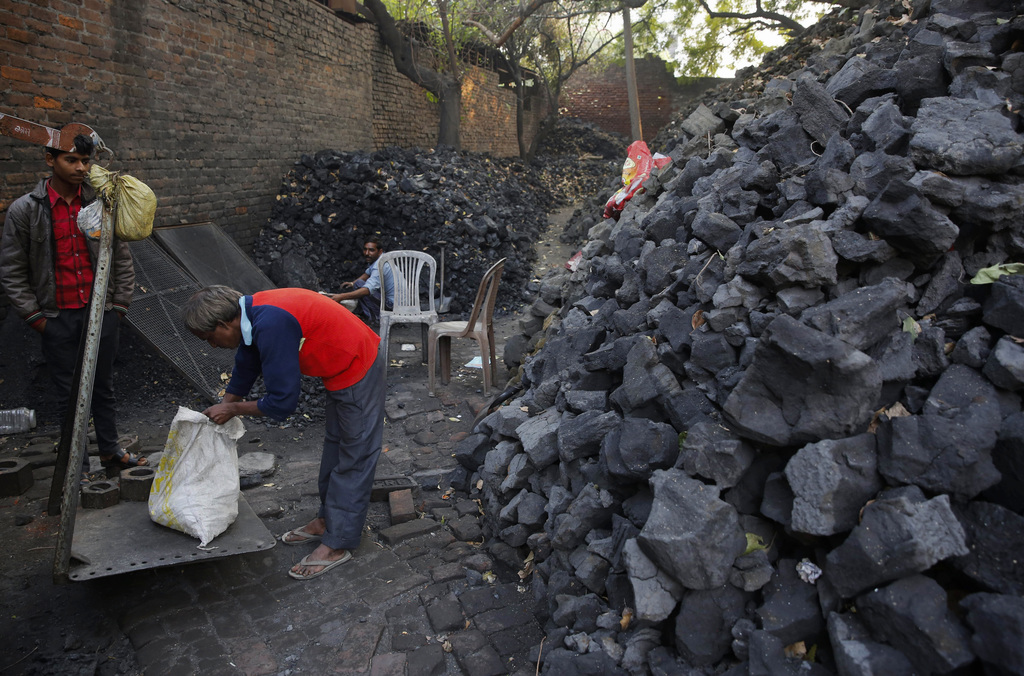 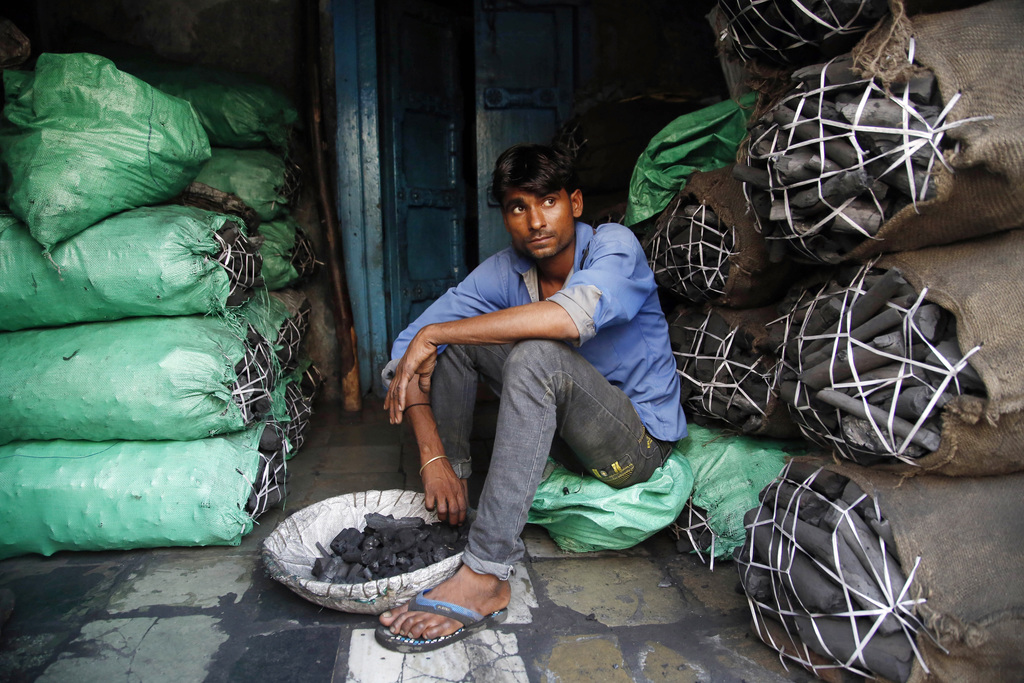 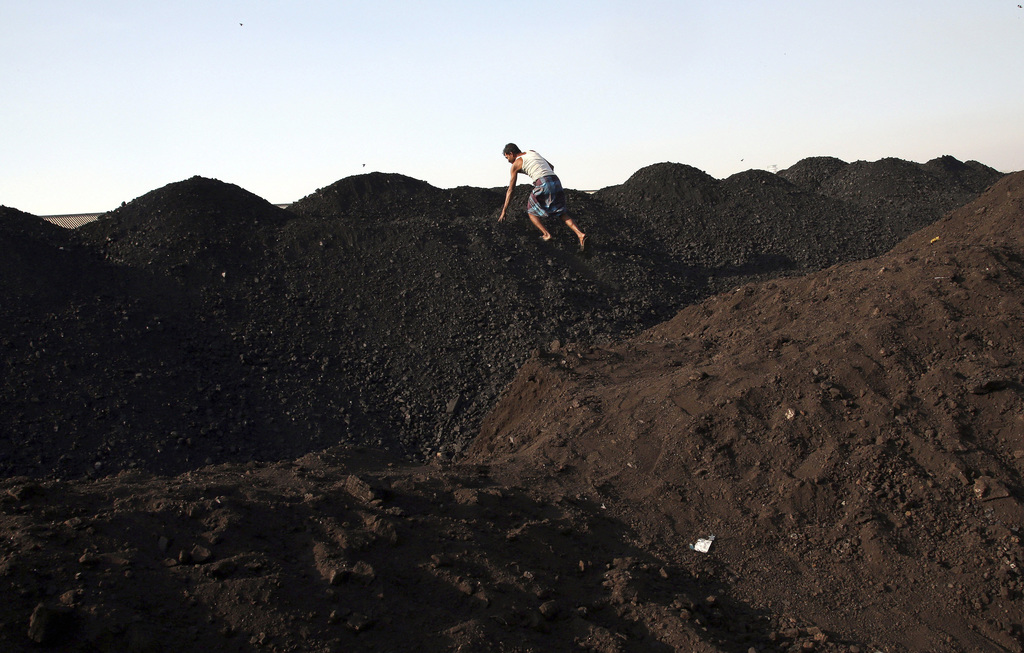 NEW DELHI (AP) — Within the wild energy market of the world's second-most populous nation, predictions are proving tricky. India had been projected to become a carbon-belching behemoth, fueled by thermal power plants demanding ever more coal for decades to come.

Now, some analysts are saying that may not happen.

In the last two years, coal consumption has slowed to its lowest level in two decades, even with the economy growing at a steamy 7 percent annual pace. Thermal power plants have been running below full capacity for years and as of June were operating at only 57 percent of total capacity, the lowest level ever.

India is the world's third-largest carbon emitter and relies on coal-fired power plants to produce most of its energy. With a population of 1.3 billion and a fast-industrializing economy, those energy needs had been forecast to soar. So signs that the country's appetite for burning more coal may be close to sated would be welcome news, given fears of a looming escalation in climate-warming carbon emissions.

"India's future coal demand could actually be near flat," said Tim Buckley, the Asia energy finance director for the Cleveland-based Institute for Energy Economics and Financial Analysis. "The technology-driven changes are happening faster than predicted."

A similar correction is under way in China, where officials and analysts have had to walk back earlier predictions that its annual coal needs would peak in 2030. Instead, the International Energy Agency says China's coal use — and emissions — topped out in 2013.

The rate of increase in coal consumption in India is now the slowest it's been since 2000, apart from an anomalous 1 percent rate of growth in 2011. Last year, it dropped to 1.5 percent from the decade's average of 6 percent. This year, it's slightly higher at 2.8 percent.

But there are other important factors at play, including fast progress in adding renewable energy capacity and new measures to improve energy efficiency.

Buckley lays out a scenario where India's coal consumption might come close to peaking within the next decade, if not sooner. It assumes GDP growth would remain around 7 percent, with growth in electricity demand steady at 6 percent due to slow growth in manufacturing, low profitability of power distribution, and political obstacles to raising rates and ending consumers' electricity subsidies.

Energy Minister Piyush Goyal has pledged to reduce grid transmission losses by going after leakage and theft. Reducing those losses from 24 percent today to 15 percent within a decade, would mean an improvement of about 1 percent each year — meaning India would need just 5 percent more electricity to meet the 6 percent annual pace of growth in demand, if that were the only mitigating factor.

But thanks to plunging costs for solar and wind energy, and high enthusiasm for hydropower, renewable energy generating capacity is expanding by 20 GW a year, toward a goal of 175 GW by 2022. Buckley calculates that could cut annual growth in coal demand further down to as little as 2.5 percent.

Thanks to such efficiency boosting measures, the amount of coal needed to deliver a 6 percent rate of growth in electricity demand will drop even further, and may be near flat, Buckley says.

Other analysts agree the trends are encouraging.

"Energy efficiency in India is moving much faster than anybody thought," said Ajay Mathur, director of The Energy and Research Institute in New Delhi.

So far, India's government and industry officials have said little about these trends. For years, the country argued in global climate talks that it should have the unfettered right to expand its coal power generation to aid its development and raise hundreds of millions of people out of poverty.

"It's a simple matter of not wanting to close those options," said Ashish Fernandez, a coal industry analyst for Greenpeace. "Power companies don't want to jump the gun and abandon coal because they want options. But if you look at investments, almost none of them are talking about building coal-fired power plants."

"The writing is on the wall. We could be looking at peak coal in India within five to 10 years," he said.

The Indian coal sector is at a "cross-roads today," the tender document says. "While it has performed well in the last several years, the potential for performance of the sector needs to be assessed in light of multiple changes in the energy sector."

The company's former chairman, Partha Bhattacharyya, told an energy workshop last month in Singapore that Coal India should be working on finding alternative uses for its coal as demand from the power sector wanes. He noted China is coal to make fertilizers and methanol, and South Africa to make oil and chemicals.

Current forecasts by the International Energy Agency and other analysts say India's coal consumption will climb by 4-5 percent a year through 2030.

The country has only ever used at most 160GW of its 190GW of coal-fired generating capacity, and given current trends, there is no need for any more coal plants for at least 10 years, the government says.

But it plans to continue with 50 GW worth of projects already underway, while retiring some 34 GW in old, heavily polluting plants.

In those 10 years, improved battery technology that would enable weather- and time-dependent solar and wind power to serve as round-the-clock power sources could help reduce coal use further, according to Mathur, of The Energy and Research Institute.

Battery prices have already fallen by two-thirds, he said. If they drop by another 50 percent in the next decade, solar power with battery storage will be cheaper than coal-fired power.

"I've got my fingers, my toes, everything is crossed" for that to happen, Mathur said. "I believe that it will."