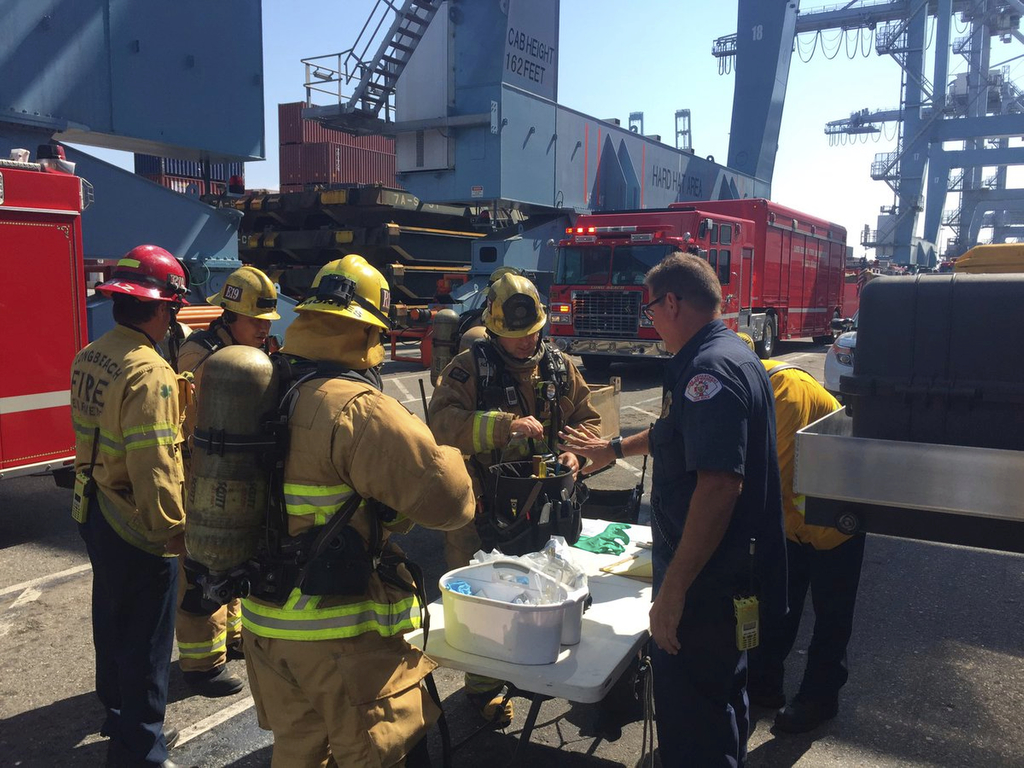 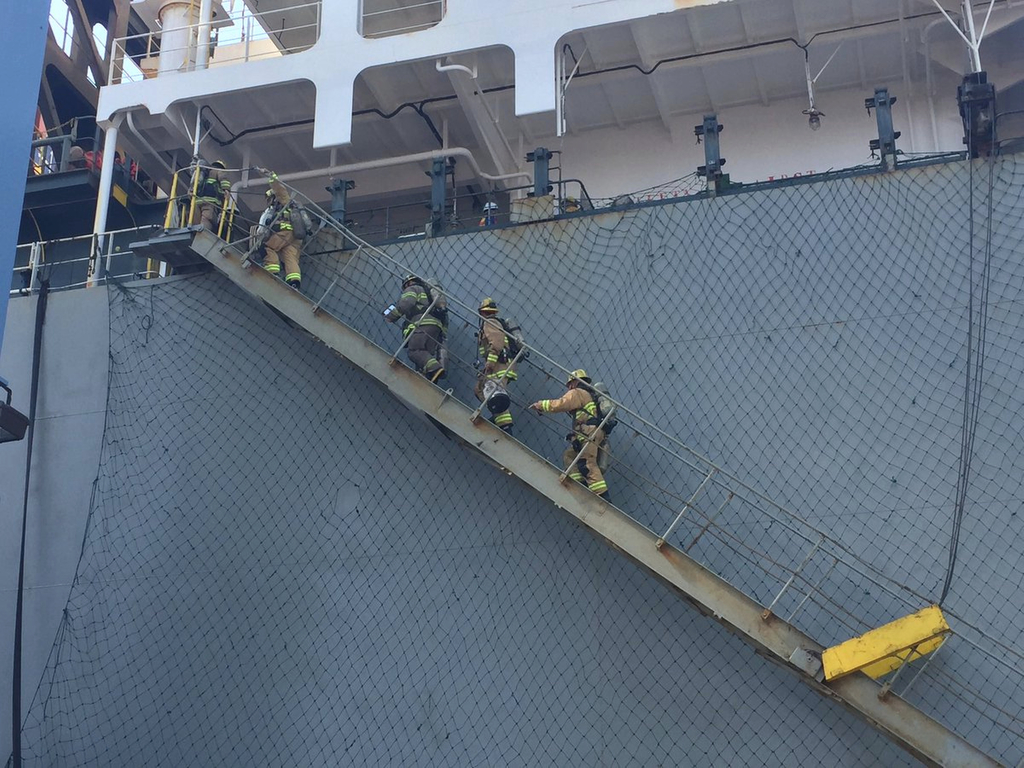 LONG BEACH, Calif. (AP) — Twelve dock workers and a firefighter sustained minor to mild injuries after a container ship leaked a hazardous material in the Port of Long Beach.

The Coast Guard identified the liquid as propyl acetate, primarily used as a solvent. It's unclear how much spilled or what caused the leak.

Fisk says the leak was contained and a 1,000-foot perimeter was established as a precaution.

Eleven dock workers were treated for minor injuries at the scene while one was taken to a hospital with mild injuries. A firefighter was injured in a fall at the scene.

Local and federal officials are investigating the spill and monitoring cleanup efforts.