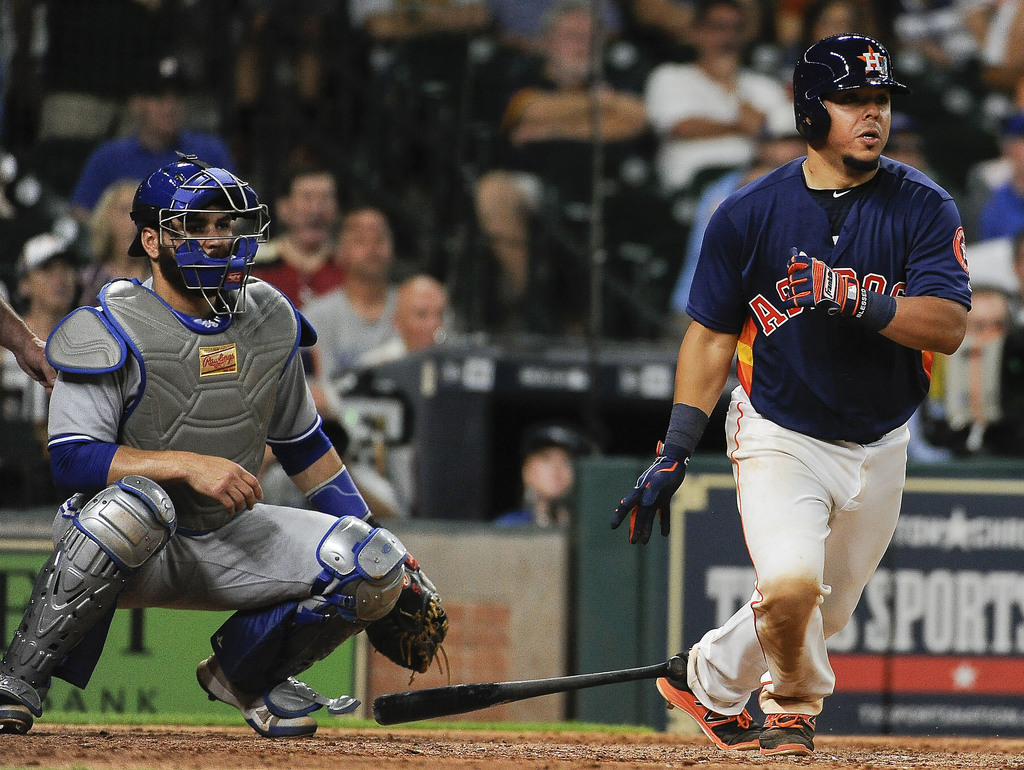 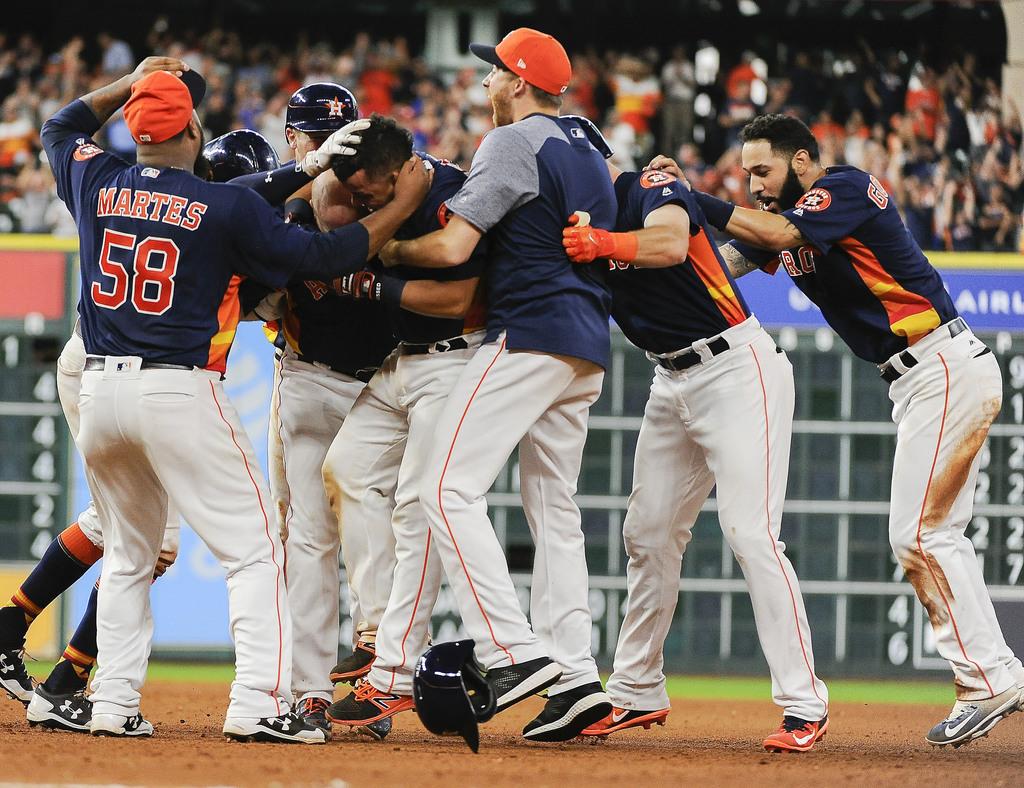 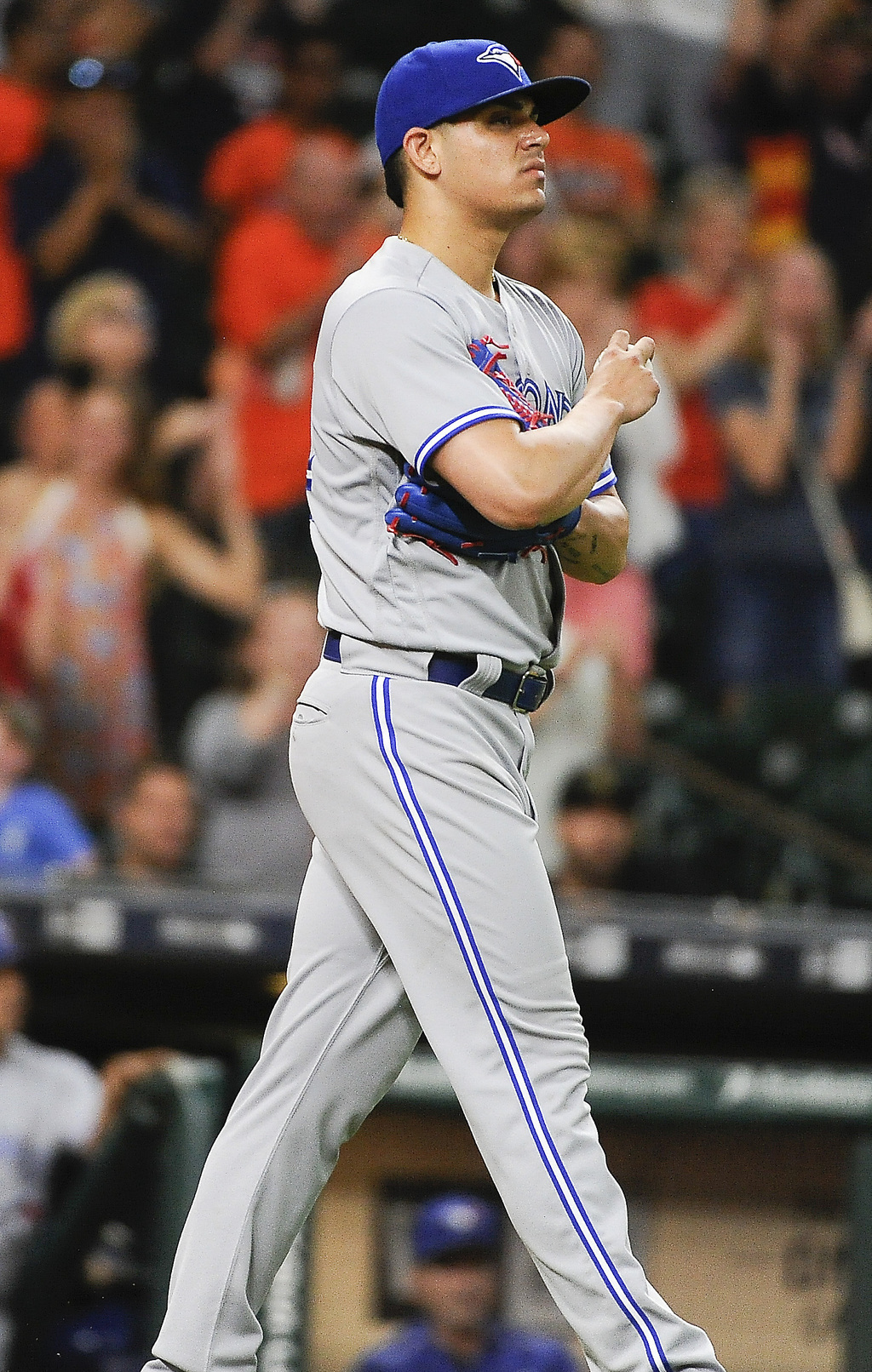 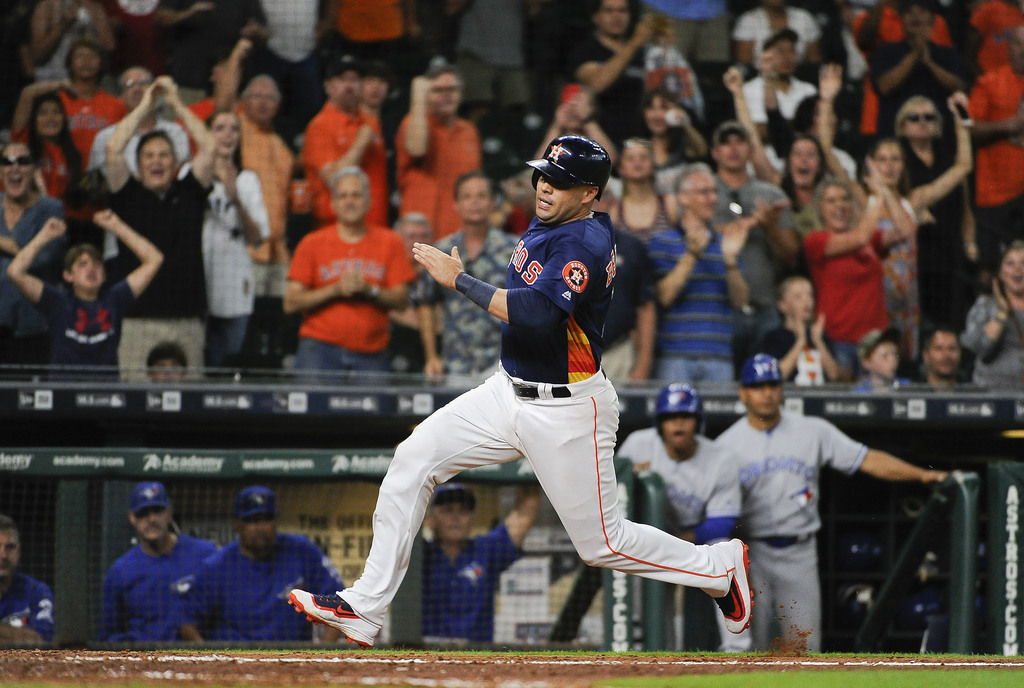 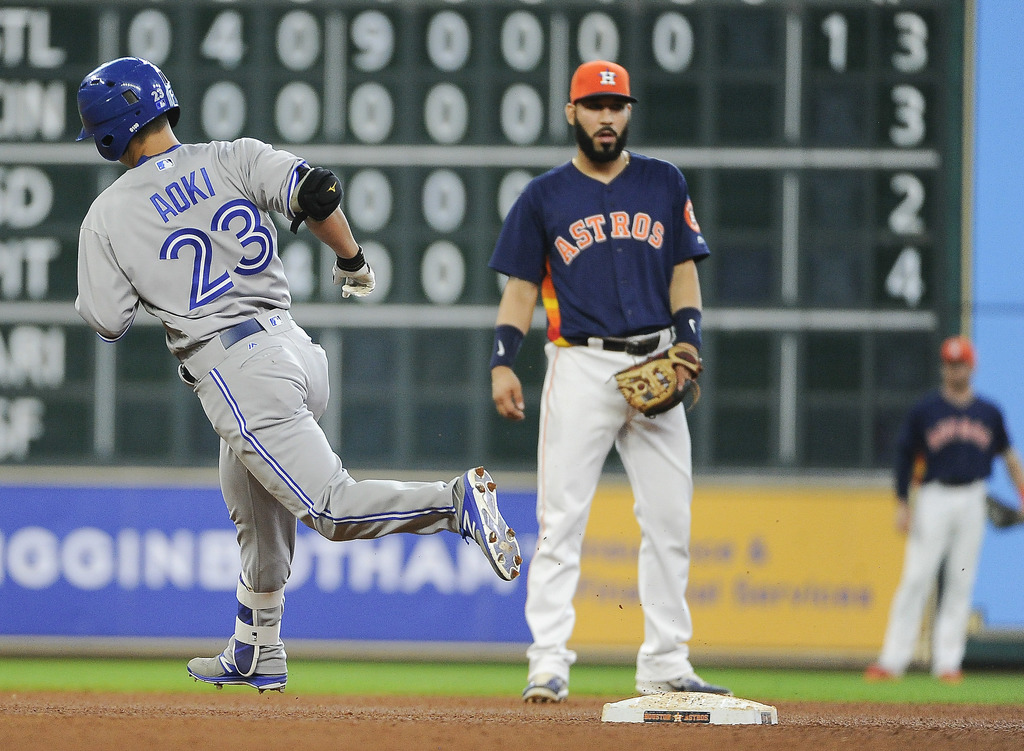 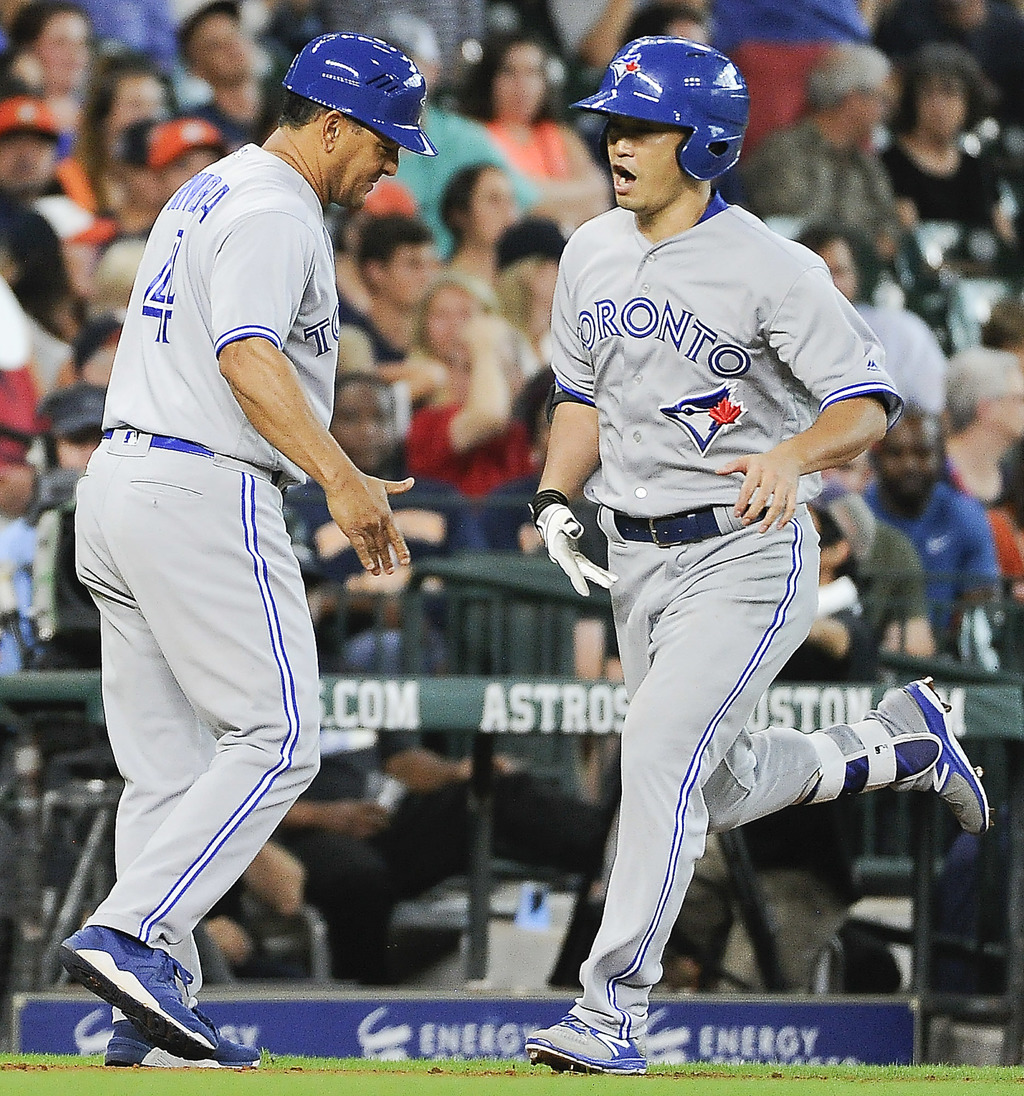 HOUSTON (AP) — Juan Centeno hit an RBI single with two outs that capped a four-run rally in the ninth inning, lifting the Houston Astros over the Toronto Blue Jays 7-6 Sunday.

Jose Altuve singled off All-Star closer Roberto Osuna (3-3) to begin the Houston ninth and one-out singles by Yuli Gurriel and Marwin Gonzalez loaded the bases. Carlos Beltran grounded into a forceout that scored a run, and Alex Bregman hit a tying, two-run triple.

Centeno followed with a liner over the head of leaping first baseman Justin Smoak and into shallow right field to win it for the AL West leaders.

Nori Aoki had a two-run homer, his first hit since being traded from Houston to Toronto last Monday, during a four-run seventh that gave the Blue Jays a 6-3 lead.

Francis Martes (4-1) pitched 1 2/3 scoreless innings for the win. Osuna allowed five hits and four runs while getting only two outs for his seventh blown save this season.

The Blue Jays trailed by a run when Kevin Pillar singled off Mike Fiers to start the seventh. Aoki followed with his third home run this season on a shot to the bullpen in right-center to make it 4-3.

Fiers then plunked Darwin Barney to end his day and was replaced by Luke Gregerson who allowed a single to Russell Martin with one out. Smoak hit a two-run double that bounced off the low wall in center field.

Jose Bautista hit a two-run homer in the third for the Blue Jays.

Fiers, who allowed four homers in five starts in July, has matched that number in just two starts this month.

Astros: OF George Springer, who has been out since July 25 with a strained left quadriceps, has been improving and could come off the disabled list as soon as Tuesday. Manager A.J. Hinch said Springer worked out on Sunday and would have a day off on Monday before resuming work on Tuesday when they could make a decision about whether to activate him.

Blue Jays: Toronto has a day off on Monday before J.A. Happ pitches for the Blue Jays when they open a series against the Yankees on Tuesday. He allowed six hits and one run while fanning 10 in seven innings of a 5-1 win over the White Sox in his last start.

Astros: Houston is off on Monday before opening a series against the White Sox with Dallas Keuchel (9-1, 2.15) on the mound on Tuesday. Keuchel looks to bounce back after taking his first loss of the season in a 3-0 loss to the Rays in his last start. The left ace allowed seven hits and three runs in five innings in his second start back after spending almost two months on the disabled list with a pinched nerve in his neck.