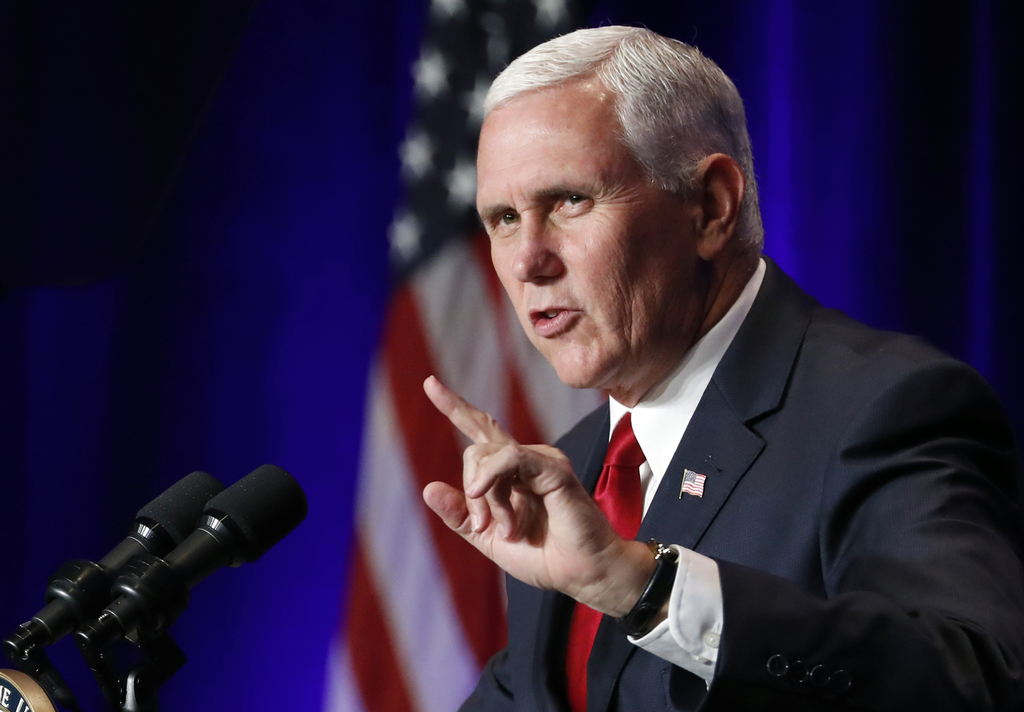 BRIDGEWATER, N.J. (AP) — Vice President Mike Pence is pushing back against a news report suggesting he is laying groundwork for a possible presidential bid in 2020 if President Donald Trump does not run.

Pence says Sunday's story in The New York Times is "disgraceful and offensive."

Pence says in a statement released by the White House that his team will "focus all our efforts to advance the president's agenda and see him re-elected in 2020."

The report details efforts of several Republicans. It notes Pence's busy political schedule and active fundraising, though it also says unnamed advisers have signaled that he'd only run if Trump doesn't.

White House counselor Kellyanne Conway is also dismissing the report and says Pence is readying to run in 2020 alongside Trump.