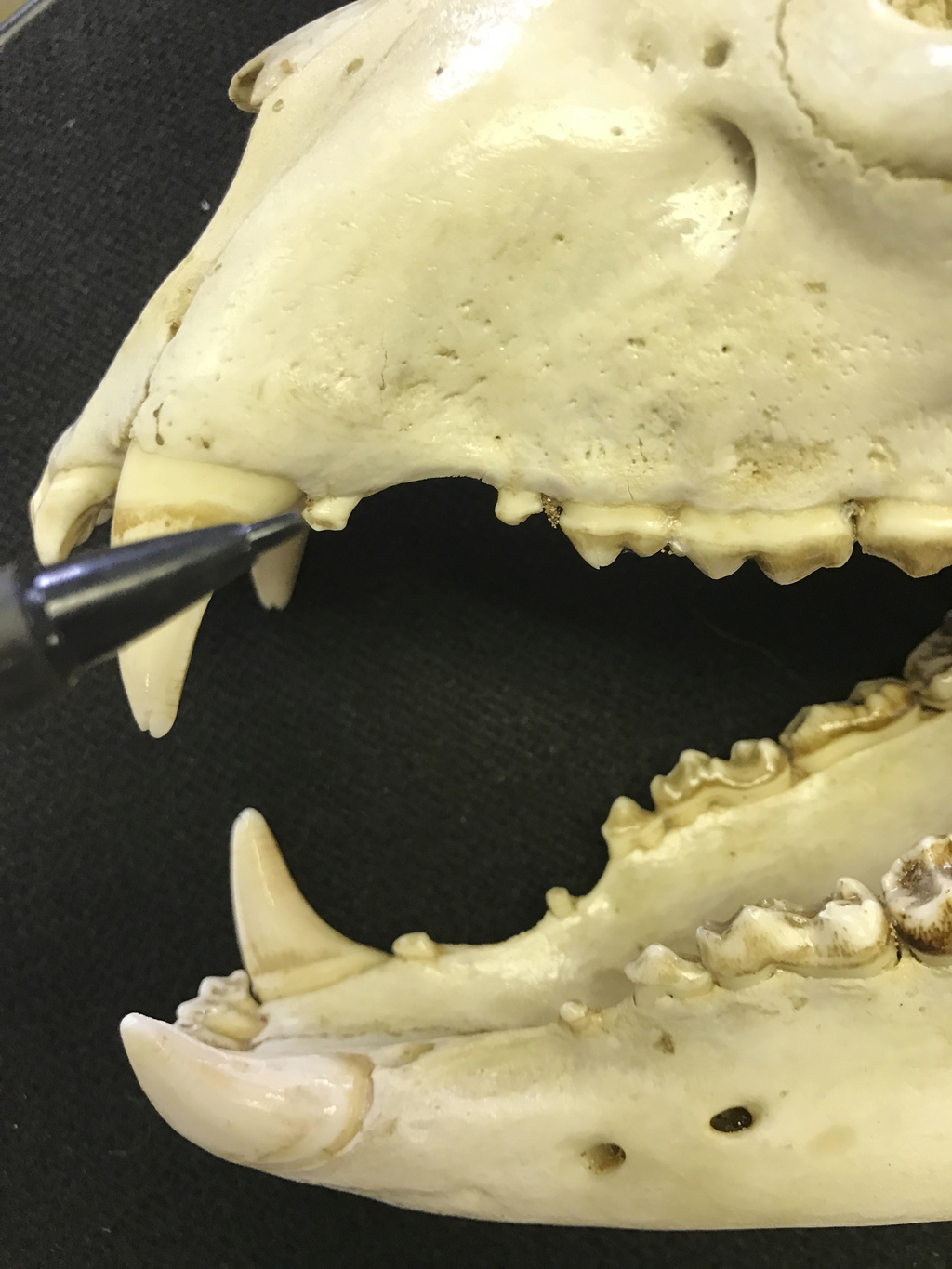 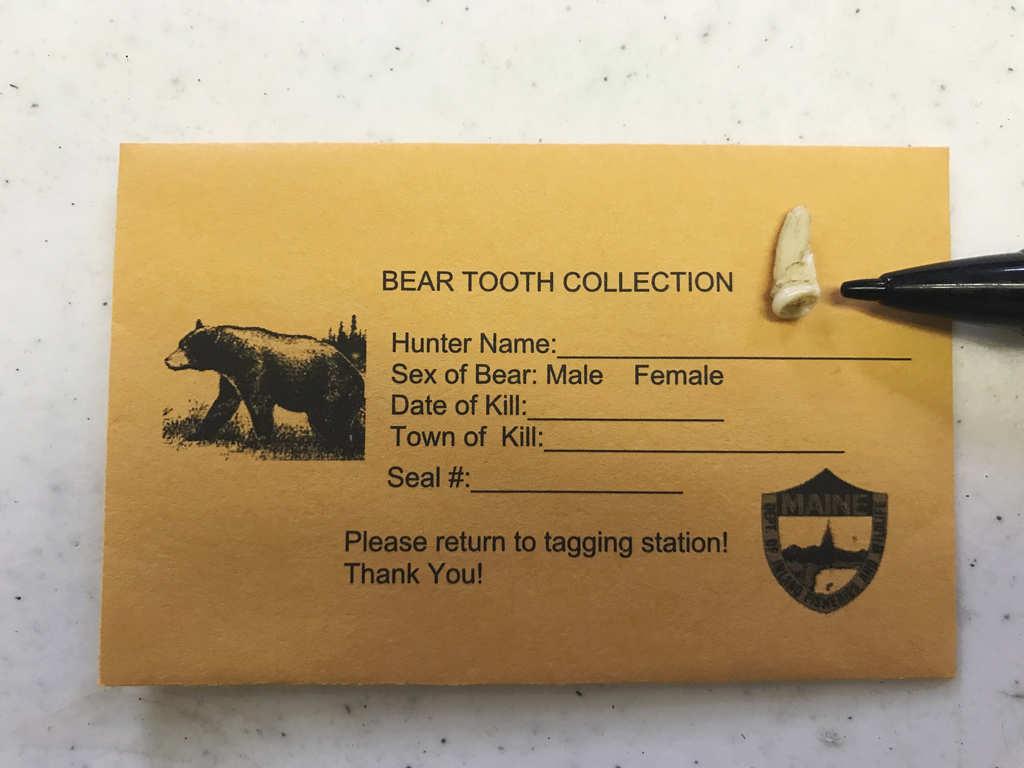 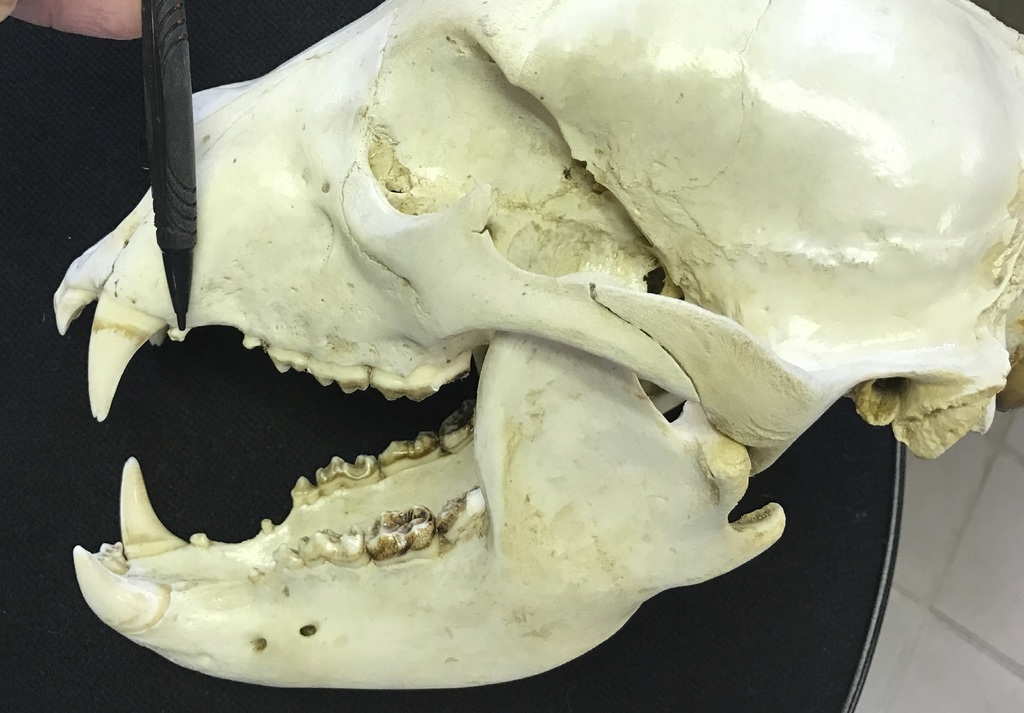 BRIDGTON, Maine (AP) — Carolyn Nistler is at the forefront of a boom in a resource that plays a key role in the management of American wildlife: bear teeth.

Nistler, owner of a Montana lab, and others are sorting through a windfall of teeth taken from American black bears, which use their powerful jaws to crush hazelnuts and chew salmon flesh. The growing population of the bears in the United States has scientists sorting through thousands more teeth, which are important to get a handle on the health of America's bruins.

States use bear teeth for research about metrics such as how old the animals were at the time they died, which can be an indicator of how healthy bear populations are. The teeth are most often harvested from bears killed by big game hunters, who seek the burly animals for sport all over the country. Some are also taken from roadkill animals.

Nistler owns Matson's Laboratory in Manhattan, Montana, which processes the most teeth of any lab in America. The lab contracts with state wildlife departments and processed nearly 260,000 black bear teeth from 2009 to 2016, up from less than 220,000 from 2001 to 2008, according to data provided by Nistler.

Indeed, the tooth boom comes as the black bear population is expanding in many states, especially in East Coast states like Maine, where the population has grown from 30,000 in 2010 to more than 35,000 now according to state wildlife managers. Bear populations are also growing in Massachusetts, New Jersey and elsewhere. Black bears live in 41 states.

The nationwide population was more than 400,000 in 2008, which is most likely double the population in 1900, and it has expanded even more in the last nine years, said Lynn Rogers, a bear expert with the North American Bear Center in Ely, Minnesota.

Bear populations have increased as people have learned to live around the animals, which are mostly skittish around humans, Rogers said.

"As attitudes change, they are coming back," he said. "They just go about their business of foraging."

Jennifer Vashon, a bear biologist with the Maine Department of Inland Fisheries & Wildlife, said the growing number of teeth will provide state wildlife managers with important data, as analysis of the teeth is a way to get an idea of how many young bears there are in states. Hunters in Maine, who pursue the animals over bait or with hunting dogs in the state's vast wilderness, are required to remove a tooth from every bear they kill.

The teeth are sectioned and viewed under a microscope, making it possible to determine the age of the bear by counting rings similar to those on a tree stump, Vashon said.

"Another benefit of collecting teeth is providing information to the hunter about the age of the bear they harvested," she said.

Nistler and Vashon both said the volume of teeth isn't resulting in an unmanageable backlog of teeth, but it does require a lot of work. The lag time between submitting teeth and getting the results is typically about eight or nine months, Vashon said.

The lag causes some anxiety among hunting guides, who rely on updated wildlife data as part of their work, said Don Kleiner, executive director of the Maine Professional Guides Association. At the same time, guides understand that processing thousands of teeth takes time, he said.

"I hear some complaining from my guys that they don't know about the bears from a year ago," Kleiner said. "But 3,000 teeth have to be segmented and looked at under a microscope."