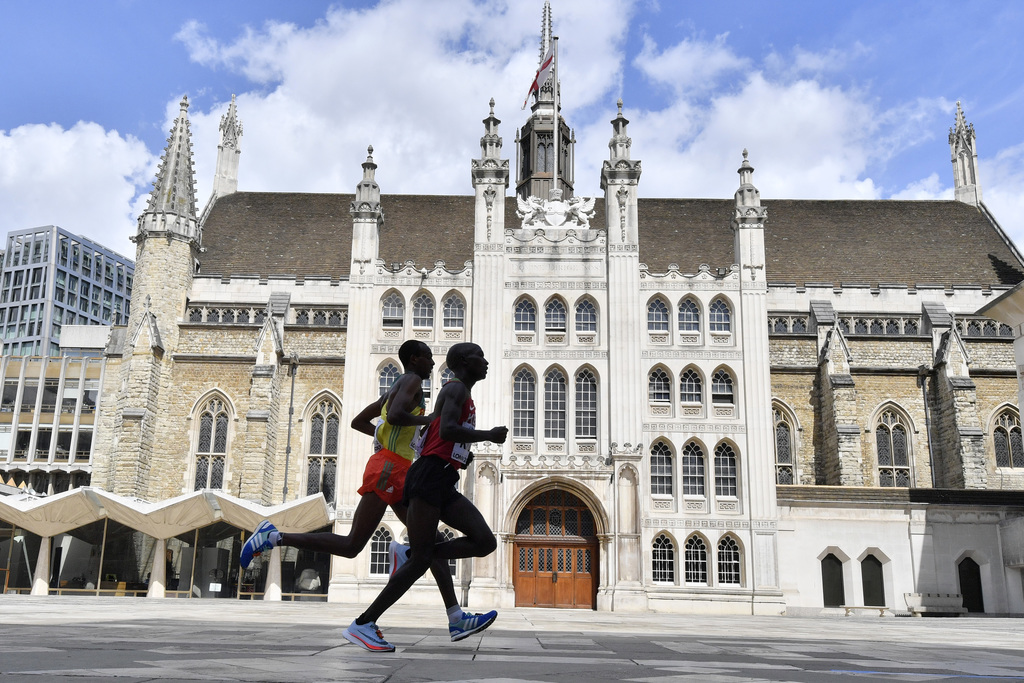 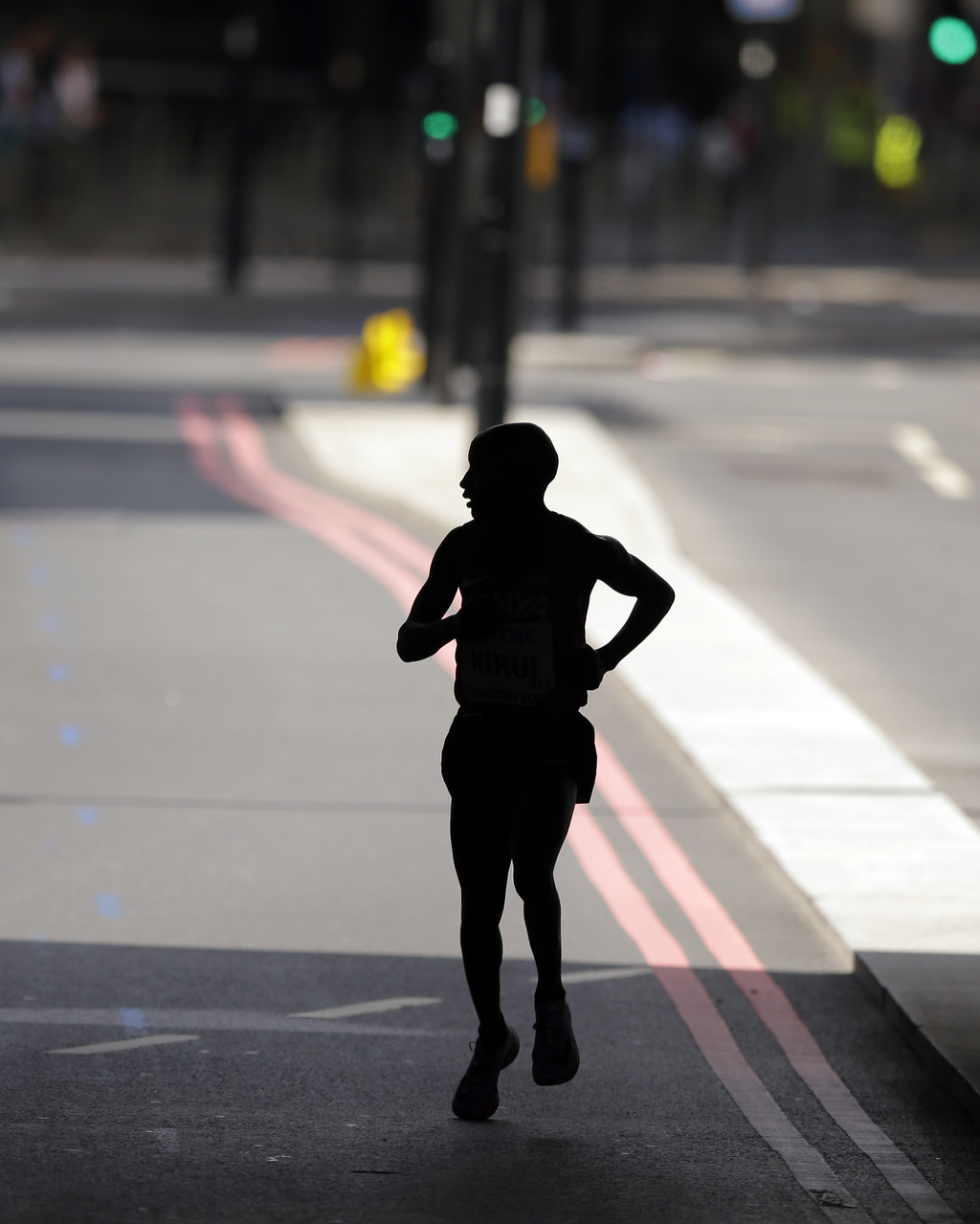 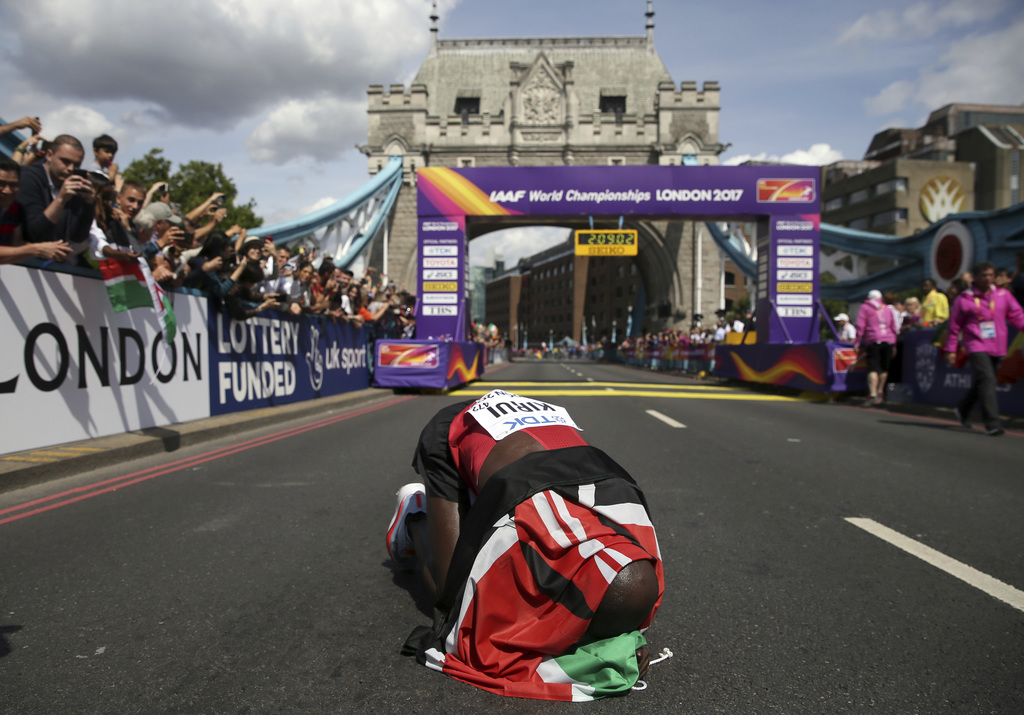 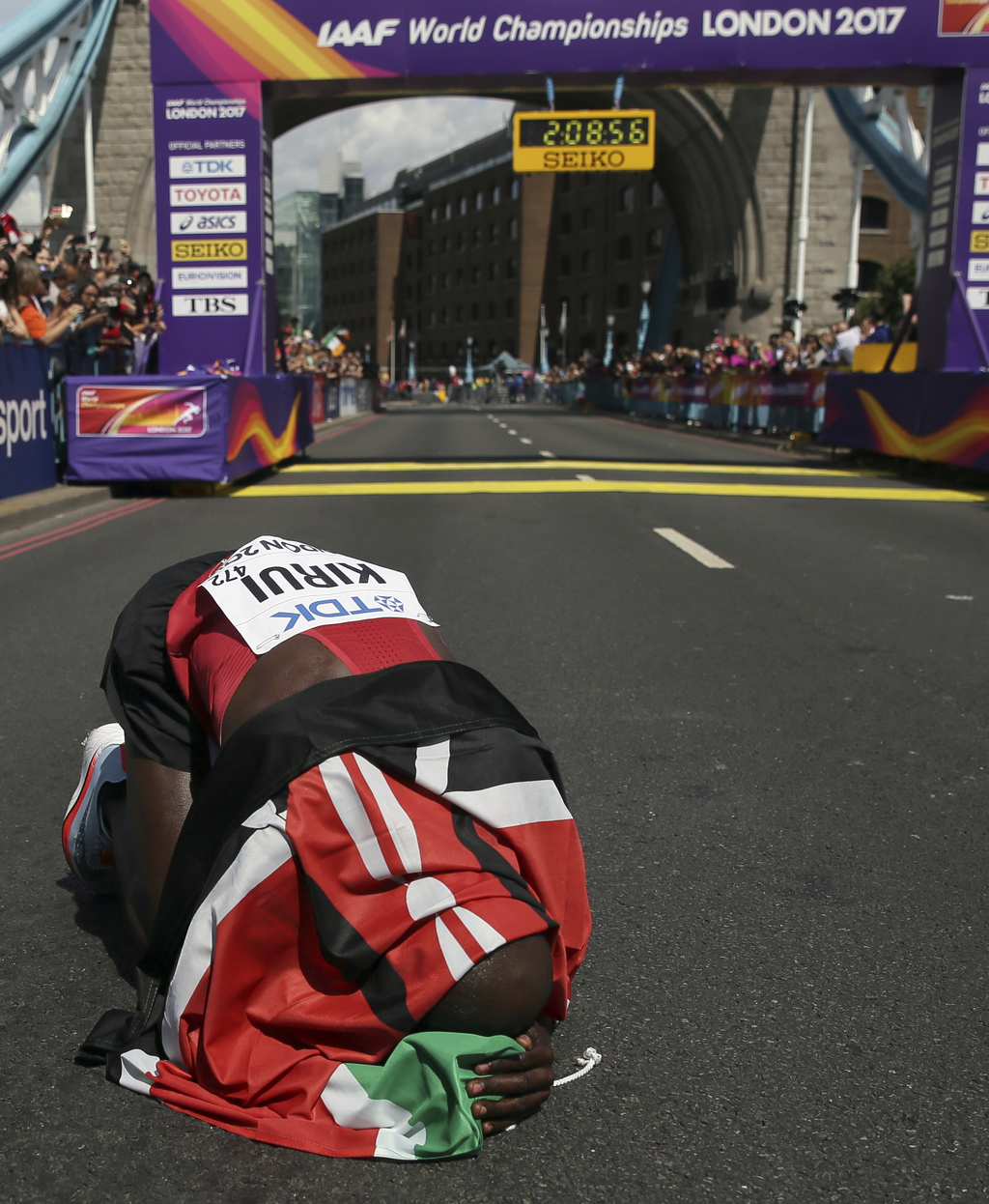 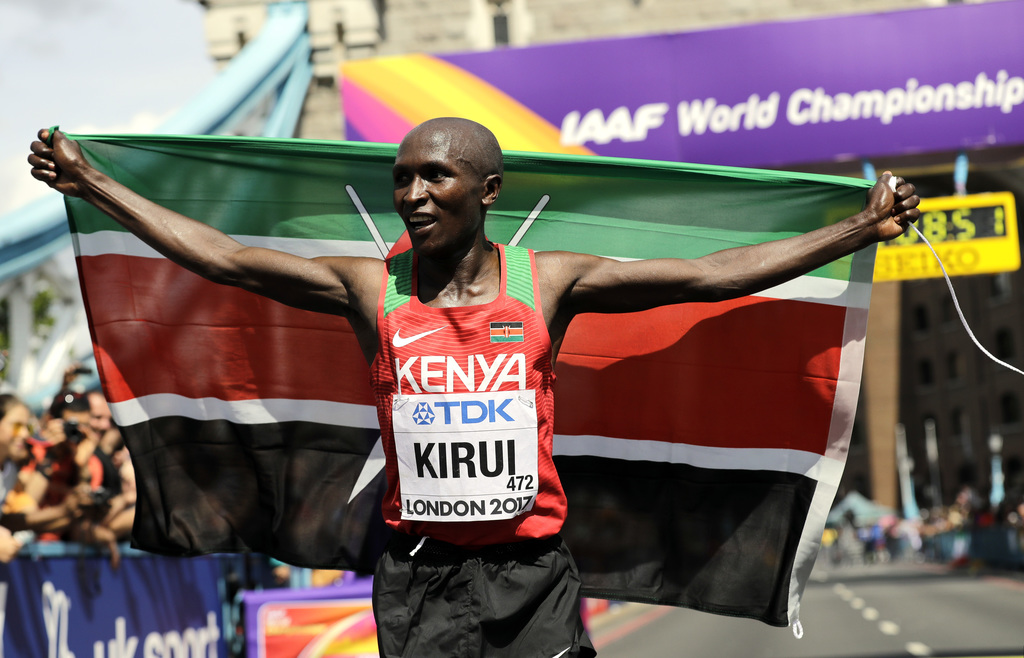 LONDON (AP) — Geoffrey Kirui took a quick glance over his shoulder, just to see if his nearest competitor was possibly closing the gap.

Nobody remotely in sight. This was a runaway.

Kirui bided his time and saved his strength for a late surge that helped him win the men's marathon in convincing fashion Sunday at the world championships. He became the fifth Kenyan man to win the marathon title at the worlds.

"This is the best moment of my career, easily," said Kirui, who also won the Boston Marathon in April.

The 24-year-old Kirui had such a big lead he spent the last part of the race waving to the crowd as he made his way across the finish line on Tower Bridge. He won in 2 hours, 8 minutes, 27 seconds — 1:22 ahead of Tamirat Tola of Ethiopia. Alphonce Simbu of Tanzania finished third.

"I was very, very prepared well for this race," Kirui said.

That's why he resisted the temptation to chase after Tola when the Ethiopian made a move in the latter stages of the race. Kirui was betting that Tola wouldn't be able to hold that pace to the finish.

He was right. Kirui waited a few more minutes and then reeled in Tola, who was dealing with an injury to his left Achilles tendon. Tola couldn't follow as Kirui breezed by him.

"I do not feel like I lost the gold medal," Tola said. "Although I was in pain, I was able to finish the marathon."

Tola earned a bronze in the 10,000 meters at the Rio de Janeiro Olympics. He won a marathon in Dubai this season and a half-marathon in Prague.

But this wasn't his type of course, with all the tight turns around the four 10-kilometer loops. It was certainly scenic, with the route taking the runners along the edge of the River Thames at times and passing by such London landmarks as St. Paul's Cathedral.

"The course was difficult for me with so many curves," Tola said. "I have never run a course like this."

It was to the liking of Kirui.

"Best course and the best crowd I have seen at a marathon," he said.

The race favorite was Kenyan runner Daniel Wanjiru, who finished in eighth place. He wasn't surprised one of his countrymen ended up with the gold.

"In Kenya, as we train, anybody can win," said Wanjiru, who won the London Marathon this year. "It can be anybody's day in Kenya. Very happy for him."

British marathoner Callum Hawkins finished in fourth. He was fueled at the end by the cheers.

"It was crazy," Hawkins said. "The last 5K, I couldn't even hear my own footsteps."