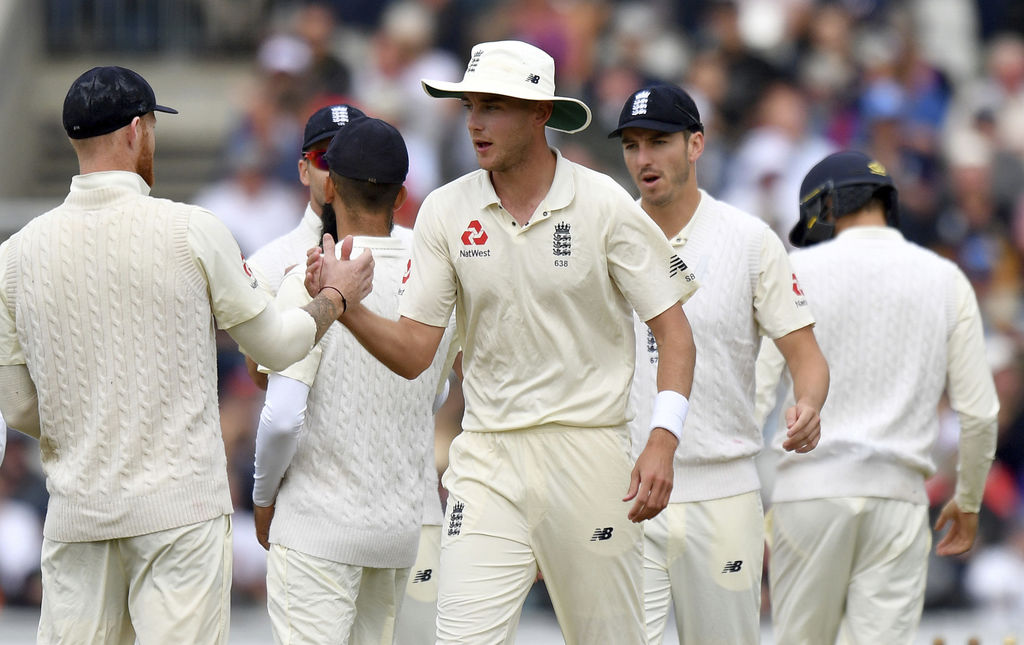 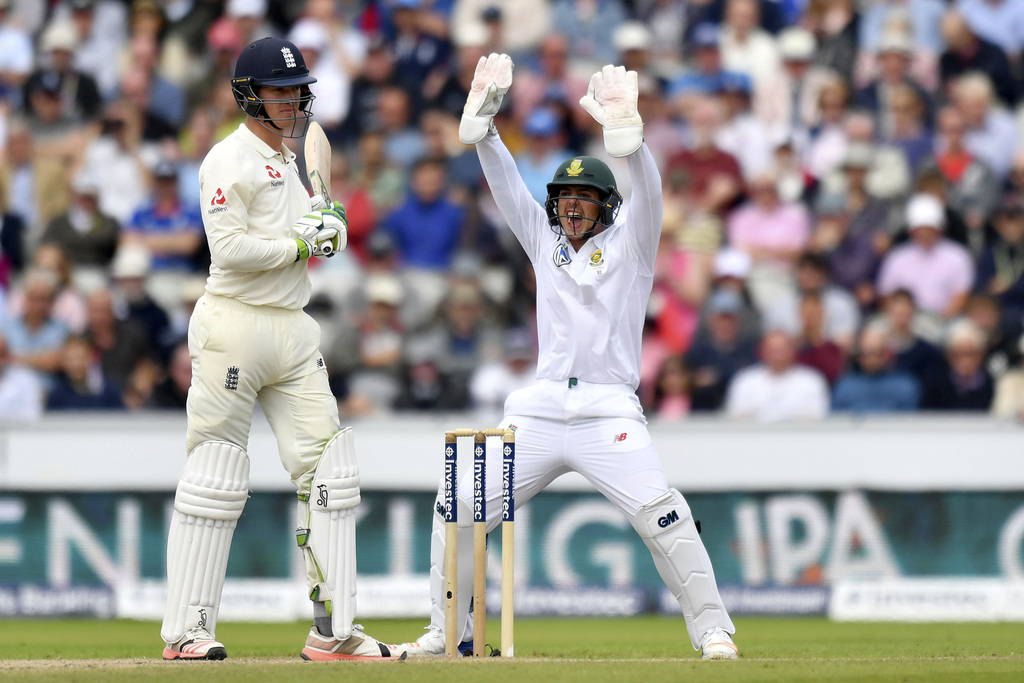 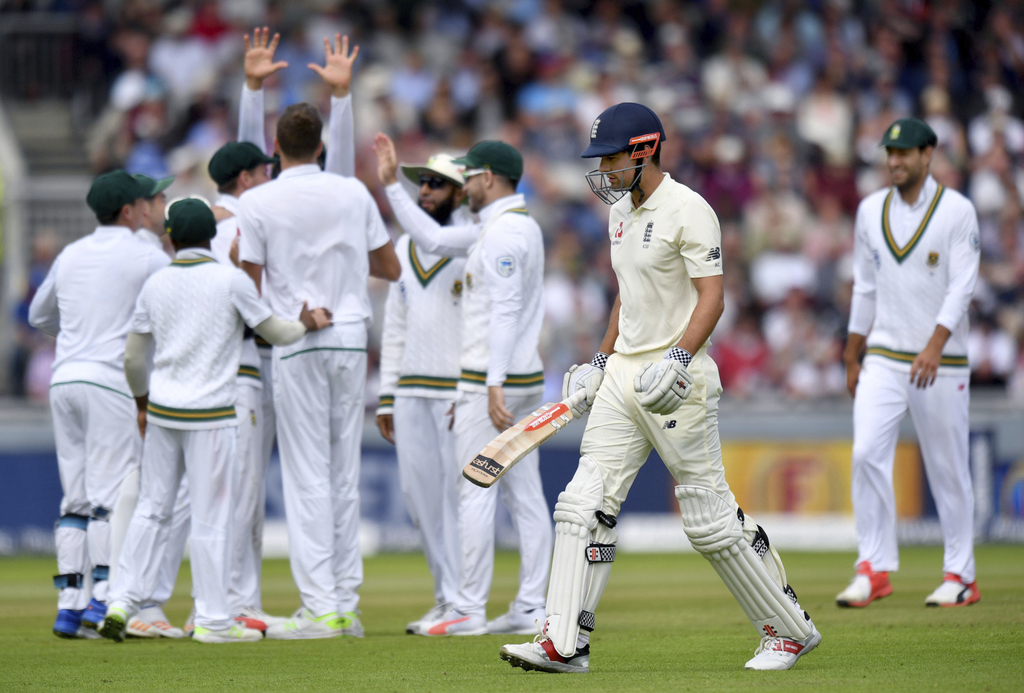 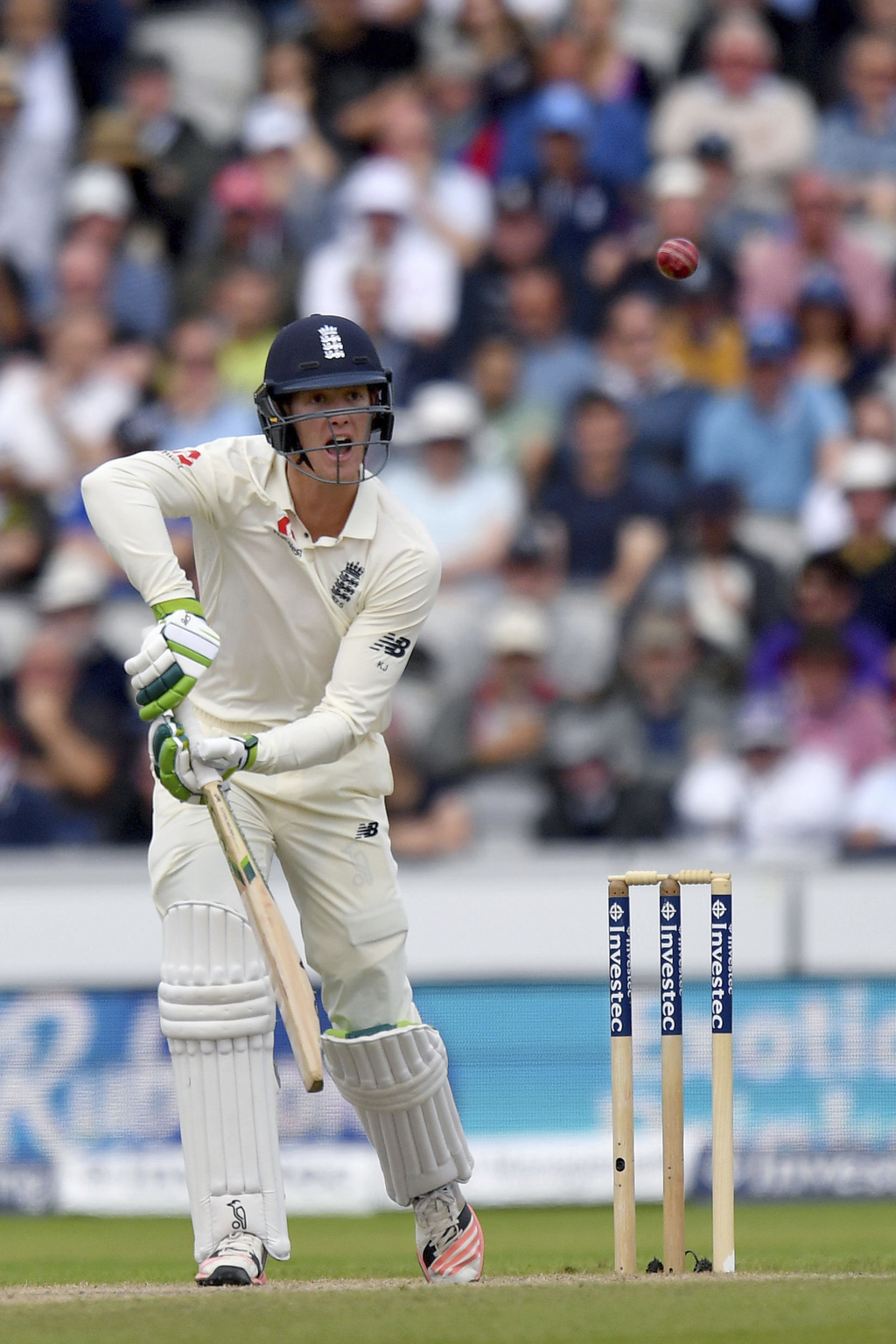 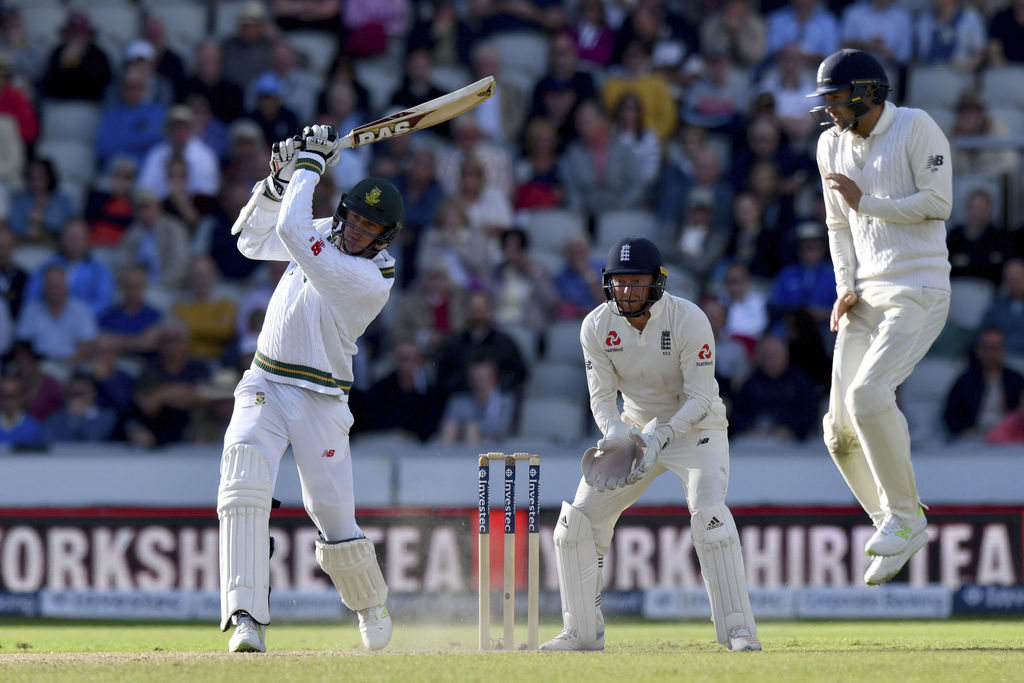 MANCHESTER, England (AP) — England built a lead of 189 runs over South Africa after reaching 53-2 in its second innings at lunch on Day 3 of the fourth and final test on Sunday.

After dismissing South Africa for 226, England forged on as it seeks to seal series victory at Old Trafford. England already leads the series 2-1.

England lost Alastair Cook and Tom Westley early, and was 30-2, but the home team's 136-run advantage from the first innings ensured it's in a strong position. England made 362 all out batting first.

Keaton Jennings, out of form and desperate for a score, was 17 not out and captain Joe Root was with him on 13 not out in England's second innings. The lead was approaching 200 and there's plenty of time left in the game.

Morne Morkel took both wickets for South Africa on Sunday morning, but the Proteas face an uphill task to limit England to a manageable lead and give themselves a chance at saving the series.

South Africa, 220-9 overnight, lasted less than four overs in the morning, with Stuart Broad removing No. 11 Duanne Olivier to collect 3-46. James Anderson finished with 4-38 at his home ground.