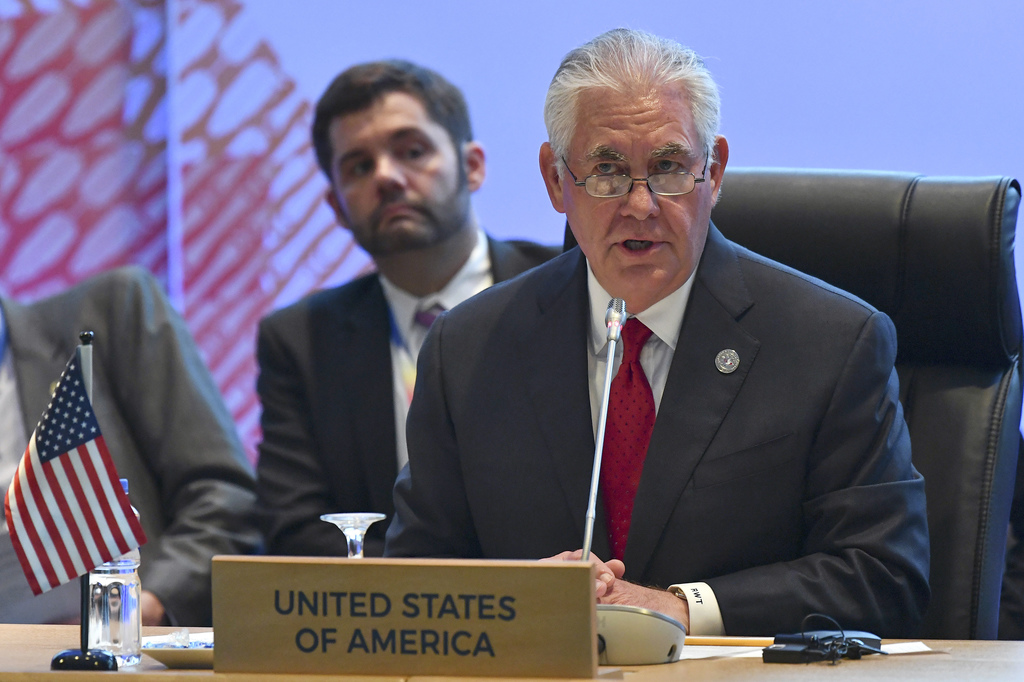 Lavrov says U.S. Secretary of State Rex Tillerson made that commitment during their meeting Sunday in the Philippines.

Lavrov says American Kurt Volker will travel to Russia to discuss the conflict in eastern Ukraine. Volker will meet with Vladislav Surkov, the Russian envoy for the Ukraine crisis.

The Trump administration named Volker to the position in July. Volker made his first trip to eastern Ukraine last month.

Lavrov also says Tillerson agreed to continue a dialogue between U.S. Undersecretary of State Thomas Shannon and Russian Deputy Foreign Minister Sergey Ryabkov. That channel was created to address hot spots, but Russia suspended it after the U.S. tightened sanctions on Russia.

The top American and Russian diplomats are meeting for the first time since President Donald Trump reluctantly signed into law a package of new sanctions targeting Moscow.

U.S. Secretary of State Rex Tillerson and Russian Foreign Minister Sergey Lavrov (sir-GAY' lahv-RAWF') are sitting down in Manila, Philippines, on the sidelines of a regional gathering.

The two diplomats smiled and exchanged pleasantries but made no substantive remarks as journalists were allowed in briefly for the start of their meeting.