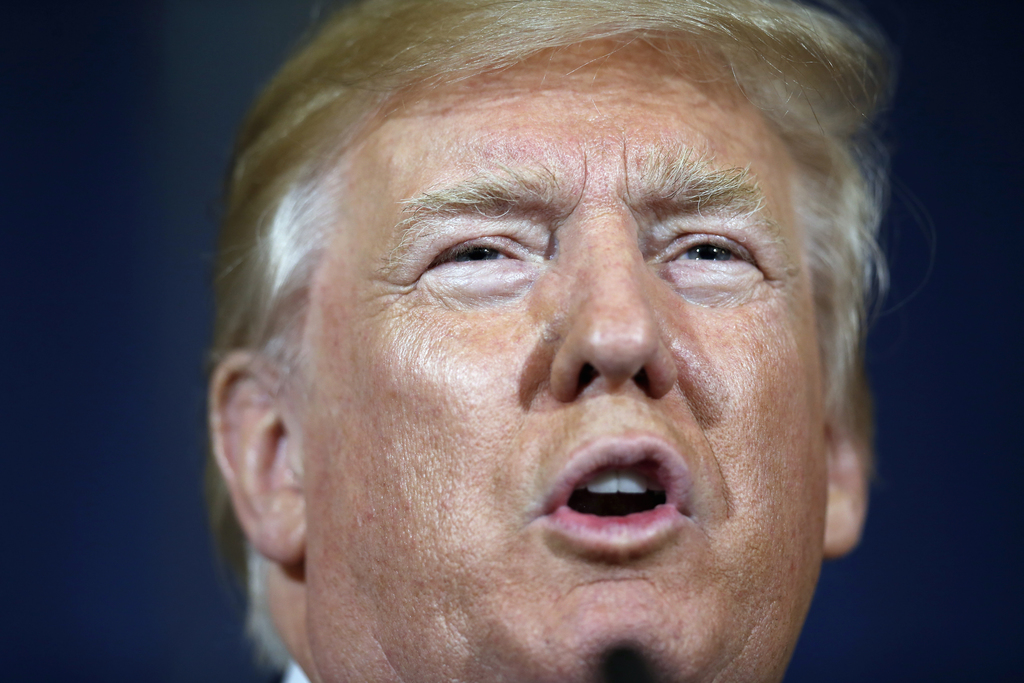 WASHINGTON (AP) — With Republicans unable to advance a health care bill in Congress, President Donald Trump's administration may find itself in an awkward role as caretaker of the Affordable Care Act, which he still promises to repeal and replace.

The Constitution says presidents "shall take care that the laws be faithfully executed." So as long as former President Barack Obama's law is on the books, that doesn't seem to leave much choice for Trump, even if he considers the law to be "a disaster."

"It's either caretaker or undertaker," quipped economist Joe Antos of the business-oriented American Enterprise Institute. "I think in the end it's going to be 'caretaker' because they'll finally realize nobody is going to blame Obama. Having the thing blow up is going to be considered in the public eye to be Trump's fault."

Every move by Trump's health chief will be scrutinized by Democrats for evidence of "sabotage," a charge they're already making. Meanwhile, the administration will try to use its rule-making power to bend Obama's law toward Republican priorities.

The Trump administration's first sign-up season, for 2018 coverage, starts in about three months, on Nov. 1.

Some things to watch for:

Intimately familiar with HealthCare.gov, former Obama administration officials will be looking over the shoulders of the Trump team — Twitter accounts at the ready.

"We are going to hold HHS accountable to fully implement the law," said lawyer Mara Youdelman, who heads the Washington office of the National Health Law Program, an advocacy group. "The Affordable Care Act is the law of the land, and everyone who is working for the administration should be committed to upholding the law of the land."

Price so far has sent mixed signals. His department recently canceled contracts for community groups to provide sign-up assistance in 18 cities. His official rhetoric about the law has been harsh, maximizing its faults without recognizing the health benefits of 20 million more people with insurance.

But the department did work with Alaska on a waiver that's been praised for helping to stabilize that state's insurance market. And early on, the agency issued a regulation that made several changes insurers had requested to help things run more smoothly.

About 10 million people are signed up for private insurance in subsidized markets, and 11 million more have coverage through expanded Medicaid.

Few things were as damaging to Obama's aura of cool competence as the failure of HealthCare.gov's computer system when it went live in the fall of 2013. Few people managed to sign up that first day, and it took weeks for a technological rescue team to sort through layers of problems, restoring acceptable functionality.

After that chastening experience, Obama administration officials constantly kept tinkering with the website, trying to improve its technical capacity and usability for consumers.

It's unclear what the Trump administration has been doing since he took office in January. No media preview of 2018 open enrollment has been announced.

The administration may have made its own job harder by cutting in half the sign-up season for next year. This time, open enrollment will run from Nov. 1-Dec. 15. Previously, it ran through Jan. 31.

In earlier years, Dec. 15 was a big day for HealthCare.gov because it was the last opportunity to sign up for coverage effective Jan. 1.

This year the Dec. 15 crunch could be even more overwhelming, because it's also the last chance for most people to sign up for the coming year. It falls on a Friday — HealthCare.gov's "Black Friday."

"The system has to be ready at the start, and they have to be prepared to detect problems, especially when they hit the end," said Antos.

The clearest signal Trump could send of his administration's good faith would be to remove the uncertainty around billions of dollars in payments to insurers. That money reimburses the insurers for reducing copayments and deductibles for people with modest incomes.

The "cost-sharing" subsidies are called for in the health law, but they are under a legal cloud because of a lawsuit brought earlier by House Republicans, questioning whether the law included a specific instruction for the government to pay the money. The case is on hold before a federal appeals court; the administration has continued making monthly payments.

After the Senate's GOP health bill failed, the president sent out a series of tweets in which he seemed to threaten to stop the payments.

"If a new HealthCare Bill is not approved quickly, BAILOUTS for Insurance Companies...will end very soon!" said one of Trump's Twitter messages.

Experts say the money is not a bailout, but a government obligation. GOP leaders in Congress want the payments continued.

Without a subsidy guarantee from Trump, some insurers have been seeking double-digit premium increases, on top of raises that reflect underlying medical costs.

Obama's law reduced the U.S. uninsured rate to a historic low of about 9 percent.

That was widely seen as an indicator of progress under the health overhaul, and one of the main problems for the recent Republican bills is that they would have significantly increased the number of uninsured people.

Amid confusion about the future of the ACA, there are signs that coverage is already beginning to erode.

A major survey called the Gallup-Sharecare Well-Being Index recently estimated that the number of adults without health insurance grew by about 2 million this year.

What happens next is in the hands of the Trump administration.