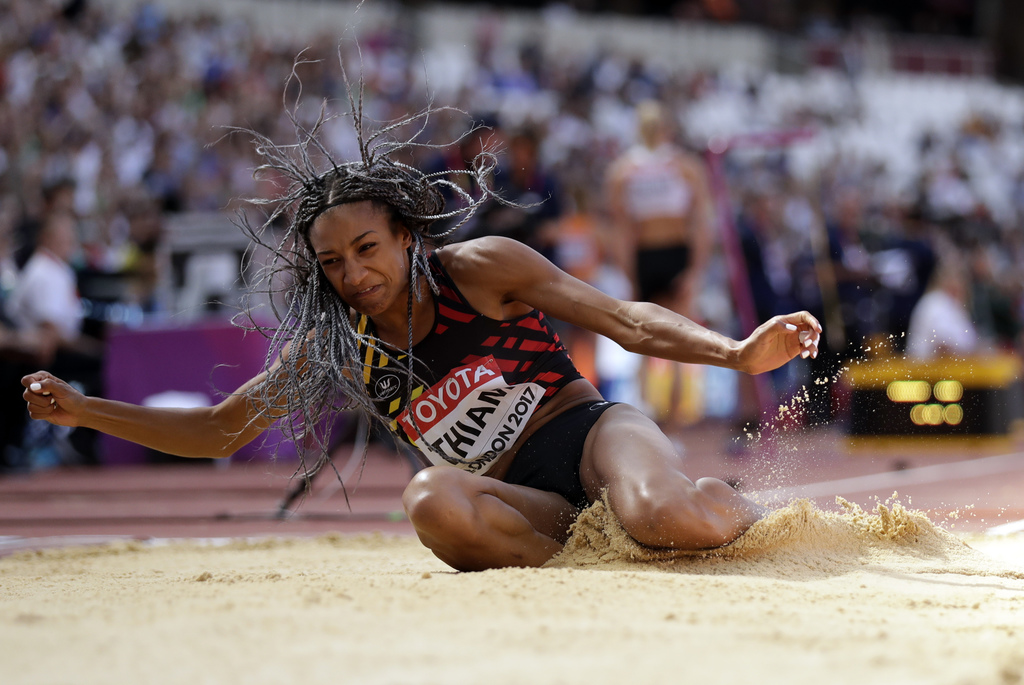 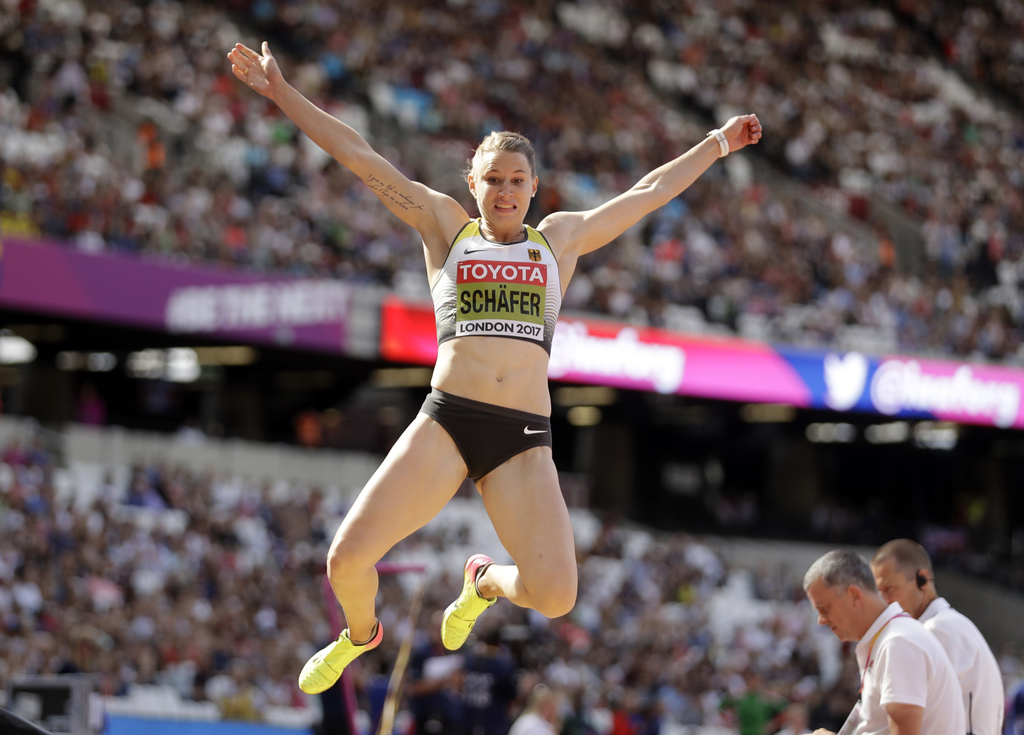 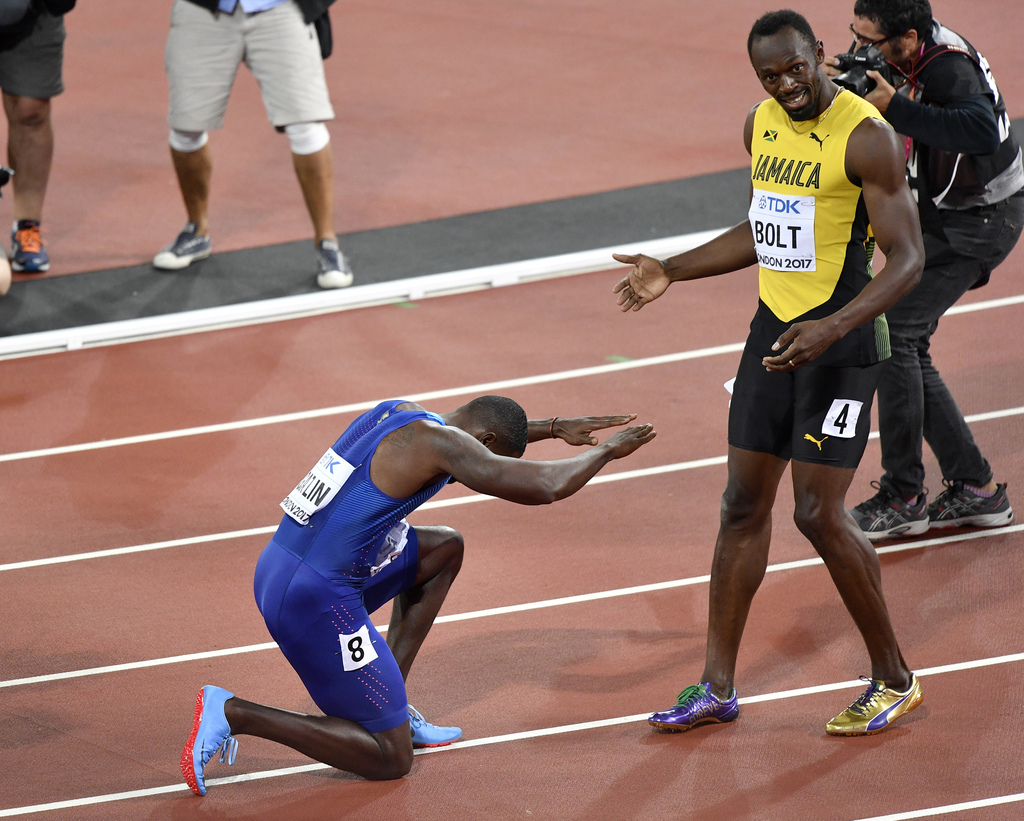 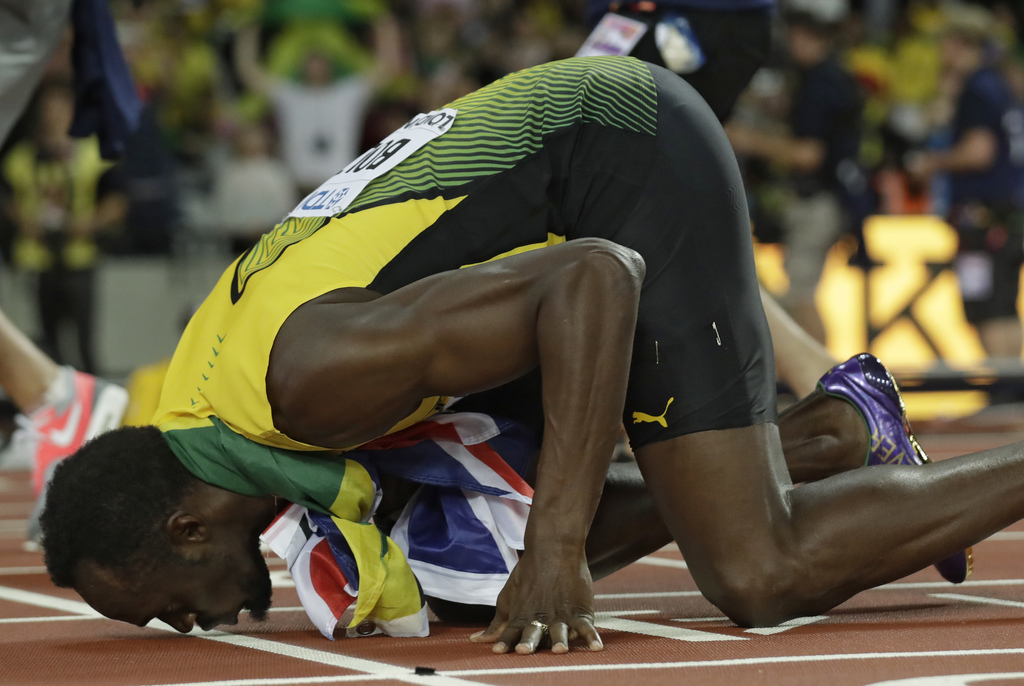 LONDON (AP) — The Latest from the world championships (all times local):

Olympic champion Nafi Thiam regained the lead in the heptathlon with only two events left at the world championships when she won the long jump with a leap of 6.57 meters.

With overnight leader Carolin Schaefer jumping only 6.20, the lead switched again between the two. Thiam now has 5,044 points, 96 more than the German.

After a bad start to the competition, Katarina Johnson-Thompson brought herself back into medal contention with a jump of 6.57. That put her into third place with 4,865 points.

The javelin and the 800 meters are the final two events.

The heptathlon enters its final day with Olympic champion Nafi Thiam and Carolin Schaefer in the chase for gold at the world championships.

Other finals on Sunday are the two marathon races, the women's 100 meters and pole vault, and the men's shot put.

After the Americans went 1-2 in the men's 100 meters with Justin Gatlin taking gold and reducing Usain Bolt to bronze, Olympic champion Elaine Thompson will be seeking to get one back for Jamaica. Tori Bowie leads the U.S. challenge.

The U.S. team could well win more medals with Ryan Crouser favored to add the world title to his Olympic shot put gold.