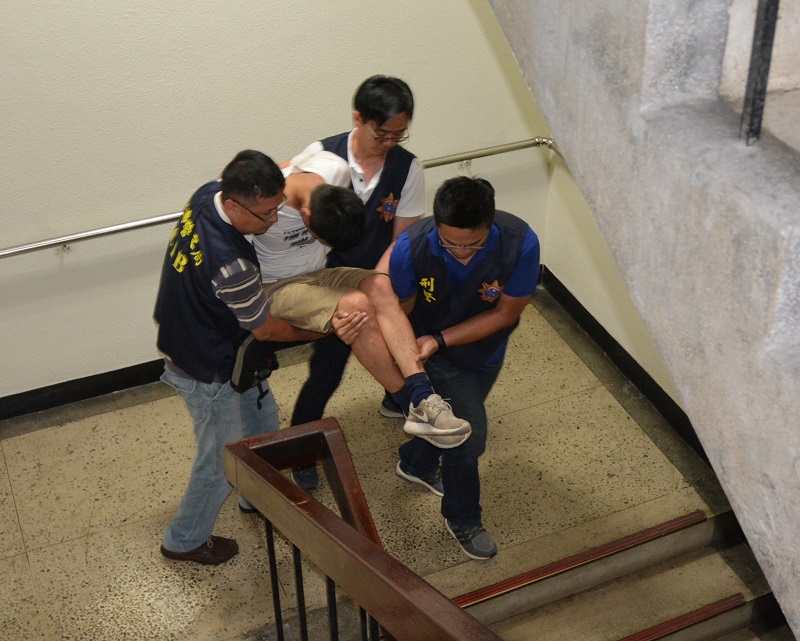 TAIPEI (Taiwan News)--A Korean man was arrested on Sunday for allegedly burglarizing the headquarters of Taiwan’s ruling Democratic Progressive Party (DPP) in Taipei and stealing more than NT$90,000 (about US$3,000) on Wednesday, police said.

The DPP earlier said in a statement that surveillance footage showed a man sneaking into the eighth floor of the party’s headquarters and stayed for more than 10 minutes. After a thorough check, the party said it suffered a loss of more than NT$90,000, but no documents, computers or other equipment were stolen. Surveillance footage shows Cho taking an elevator in a hotel in Ximending, Taipei City, where he stayed only for a couple of hours on Aug 3.

Many police offers were dispatched to the hotel to nab Cho, who, however, managed to escape, leaving behind his Korean girlfriend, who was arrested and taken into police custody.

The response team immediately focused the search for Cho on the Wulai mountainous area. Later the team caught him without difficulty and took him into custody for questioning.

CIB deputy director-general Huang Ming-chao (黃明昭) said that the success in apprehending the Korean suspected was attributed to media pleas to the public to look out for the suspect and the tip-offs offered by members of the pubic, which enabled the police to narrow down the search area and caught the suspect inside an empty house in the area.