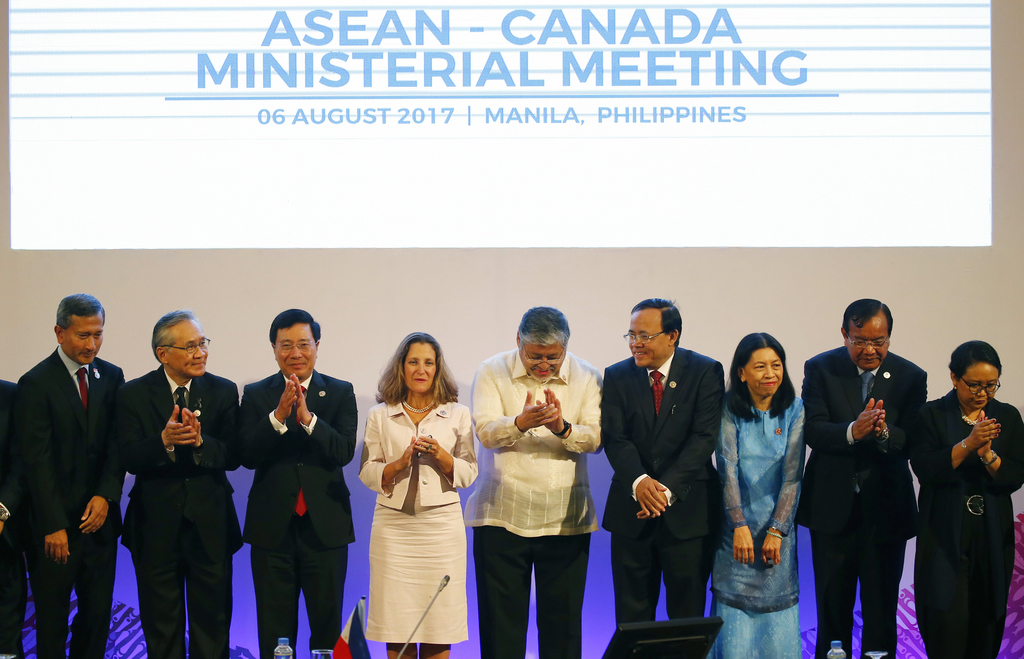 One of the diplomats told The Associated Press Sunday that Cambodia expressed concern over the issuance by the Association of Southeast Asian Nations' foreign ministers of a separate statement criticizing North Korea's two ICBM tests last month.

The diplomat says Cambodia wants its sentiments on the Korean Peninsula better reflected in the ASEAN foreign ministers' joint communique, stalling its issuance Saturday after the ministers concluded their Manila meeting.

Another diplomat says the wordings on the South China Sea issue to be included in the communique had not yet been finalized.