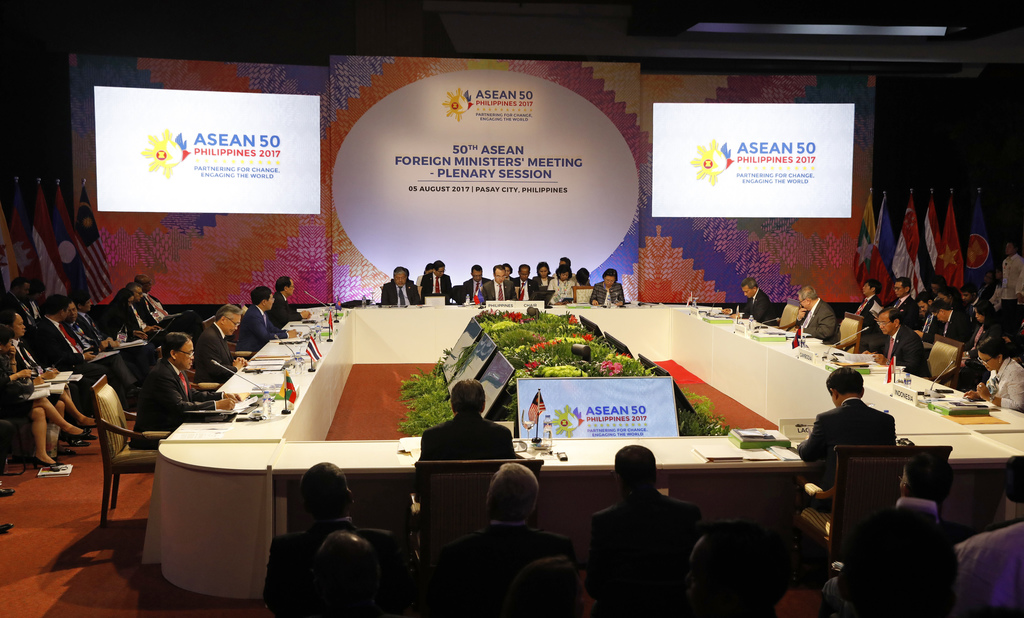 MANILA, Philippines (AP) — The Latest on developments on efforts to ratchet up pressure on North Korea over its nuclear program. (all times local):

The United States and North Korea's neighbors are joining in a fresh attempt to isolate Pyongyang over its nuclear and missile programs, in a global pressure campaign. It is being cheered on by President Donald Trump.

After weeks of U.S. frustration over China's reluctance to take action, Trump's strategy of relying on Beijing's help showed early signs of paying off. The White House praised China's move to join a unanimous U.N. Security Council resolution slapping new sanctions that could cut off about one-third of the North's roughly $3 billion in annual exports.

Tillerson is meeting with South Korean Foreign Minister Kang Kyung-wha in the Philippines on the sidelines of a regional summit. Tillerson says he and the South Korean diplomat plan to discuss the sanctions during their meeting, along with next steps to pressure the North.

Kang is echoing Tillerson's praise for the sanctions approved Saturday by the U.N. Security Council. She says it was a "very, very good outcome." Kang is thanking the U.S. for consulting with South Korea on the sanctions.

The meeting comes as the U.S. and Asian nations join together to try to step up Pyongyang's economic and diplomatic isolation.