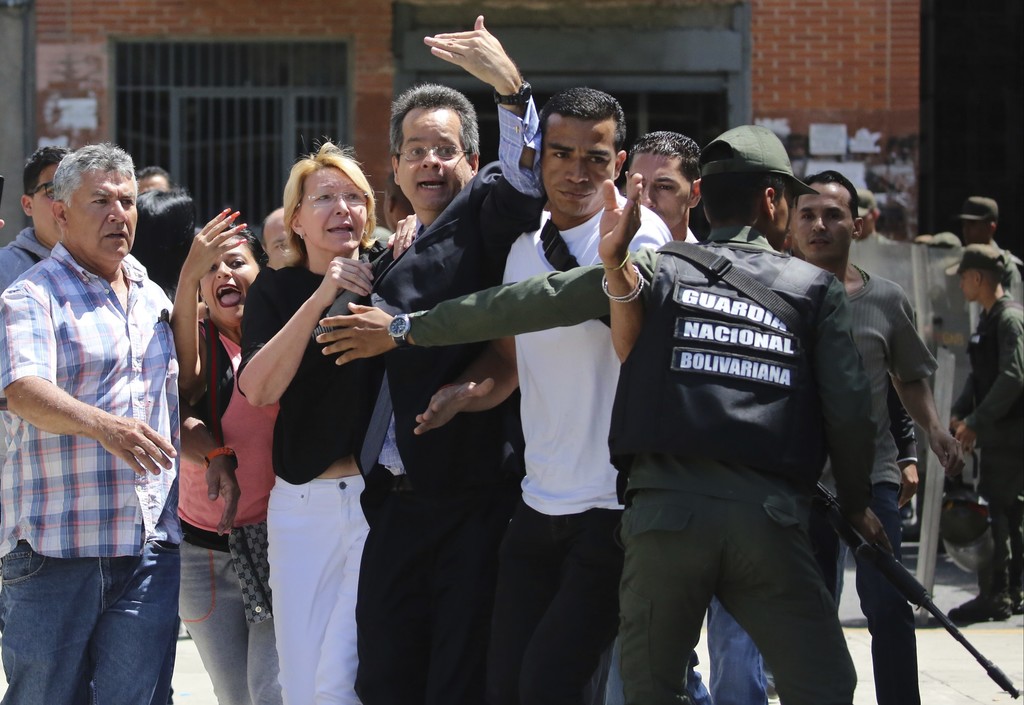 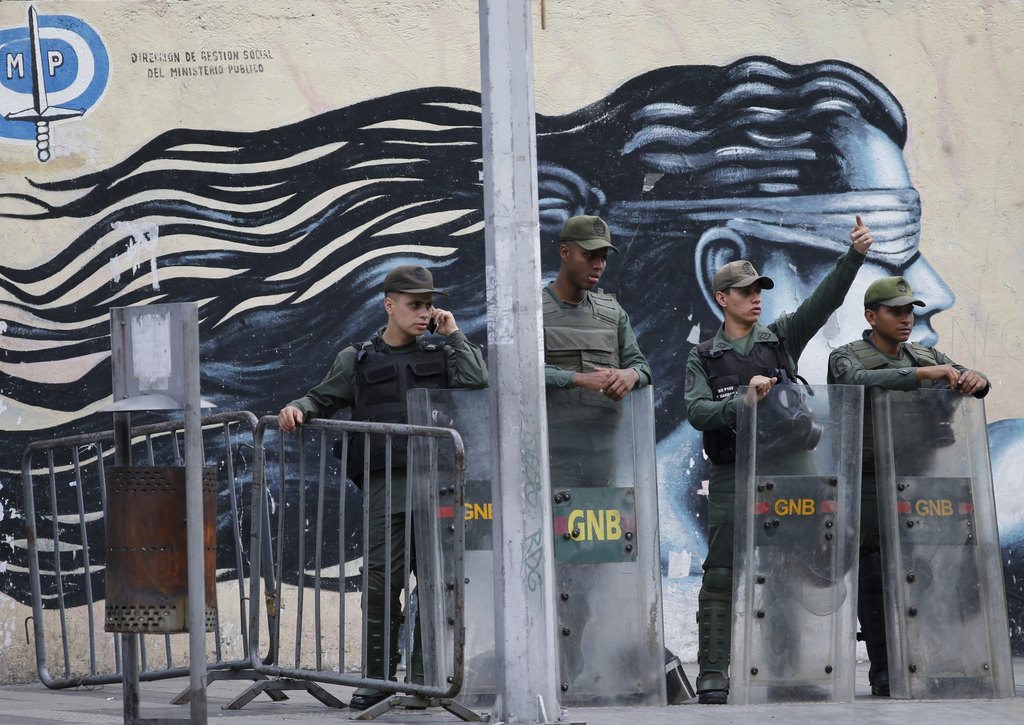 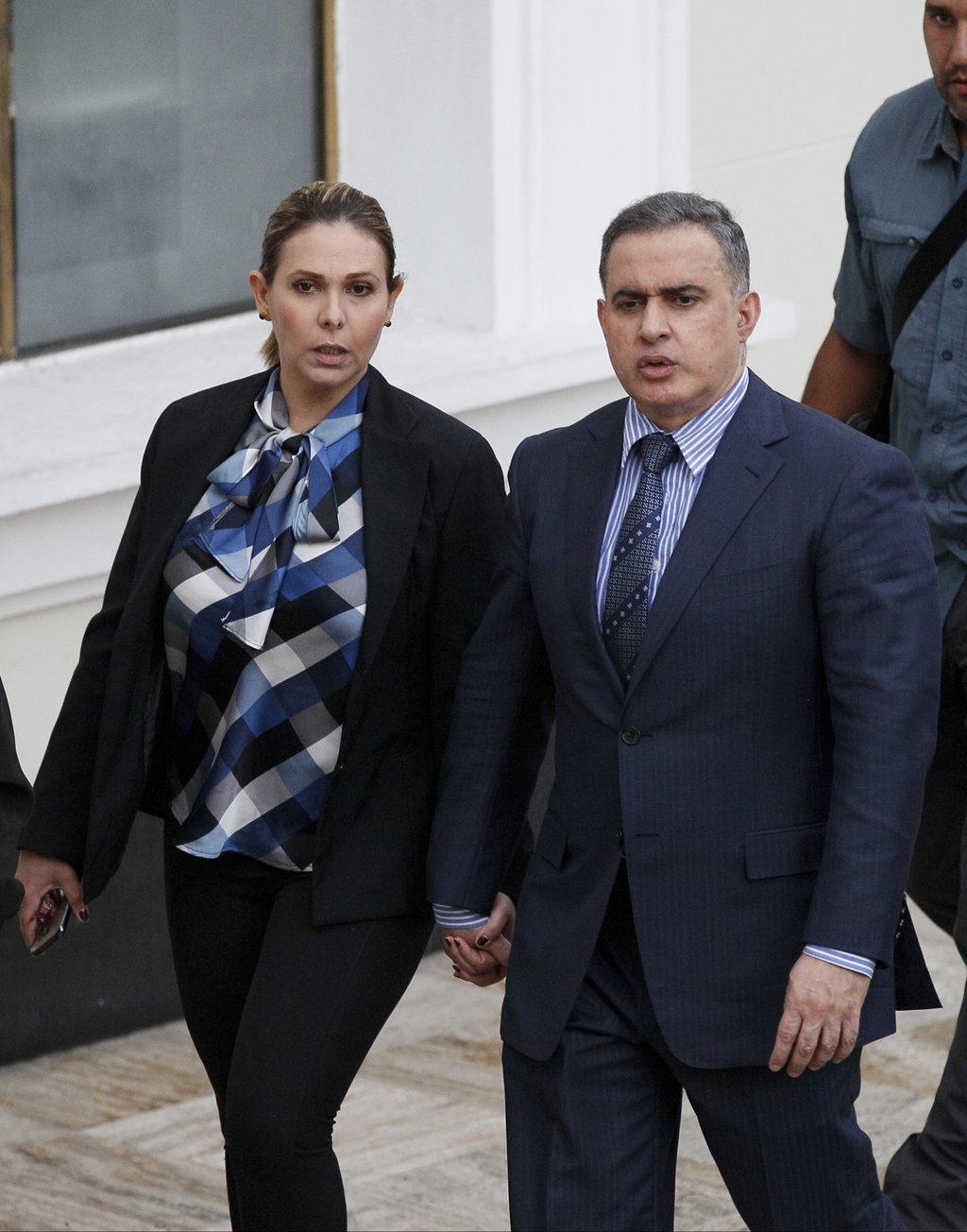 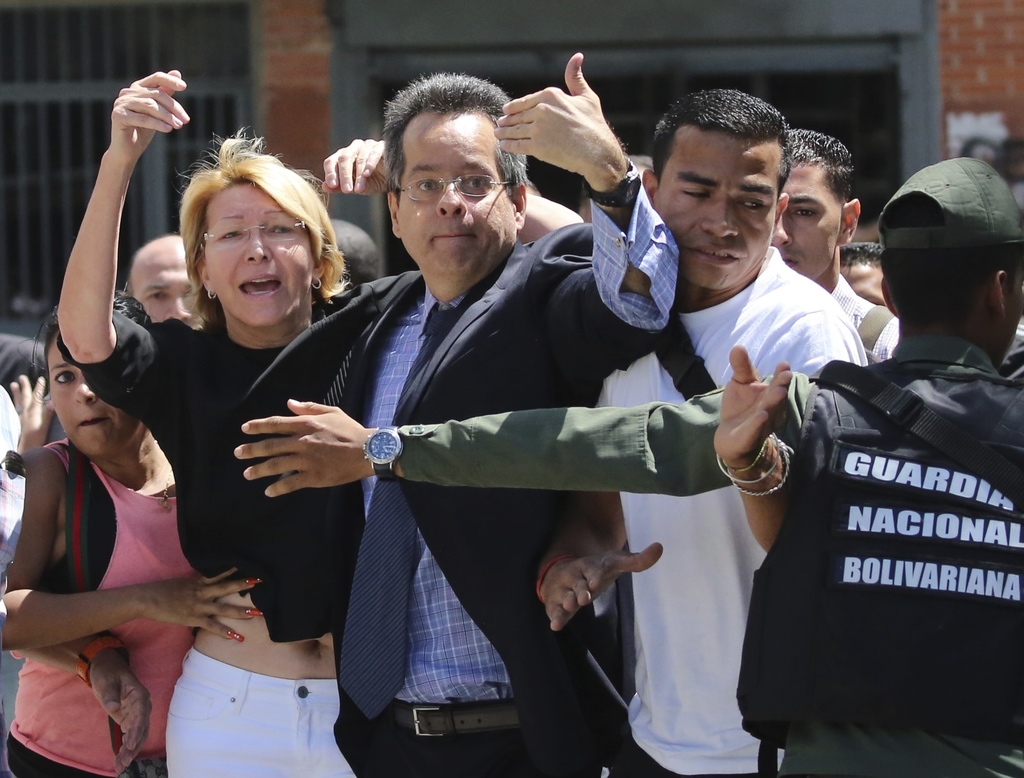 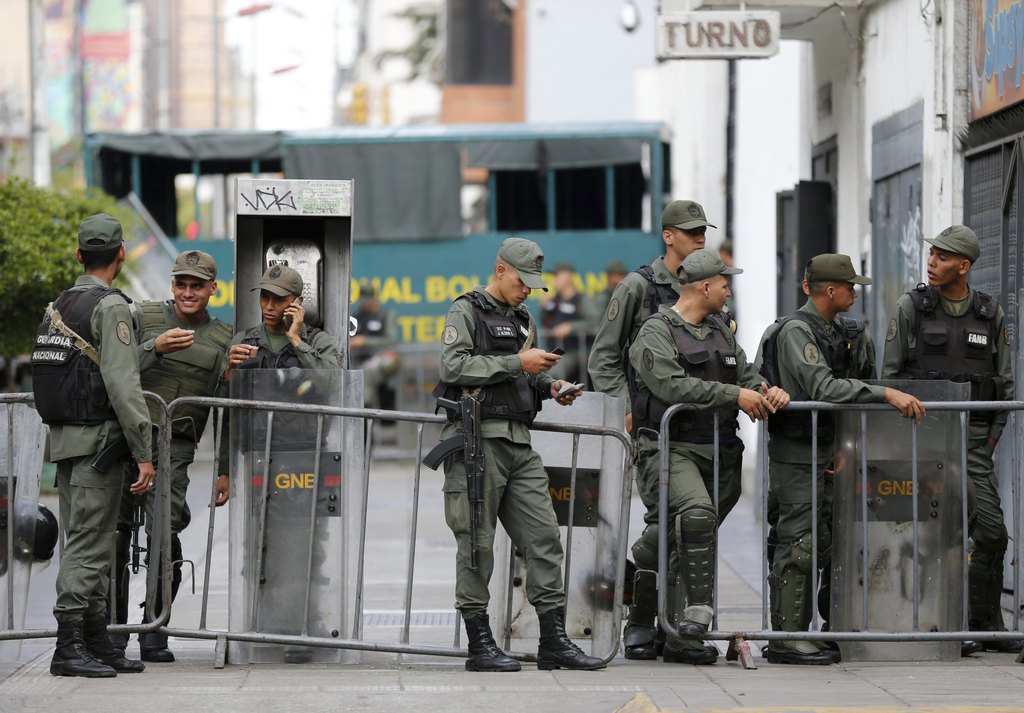 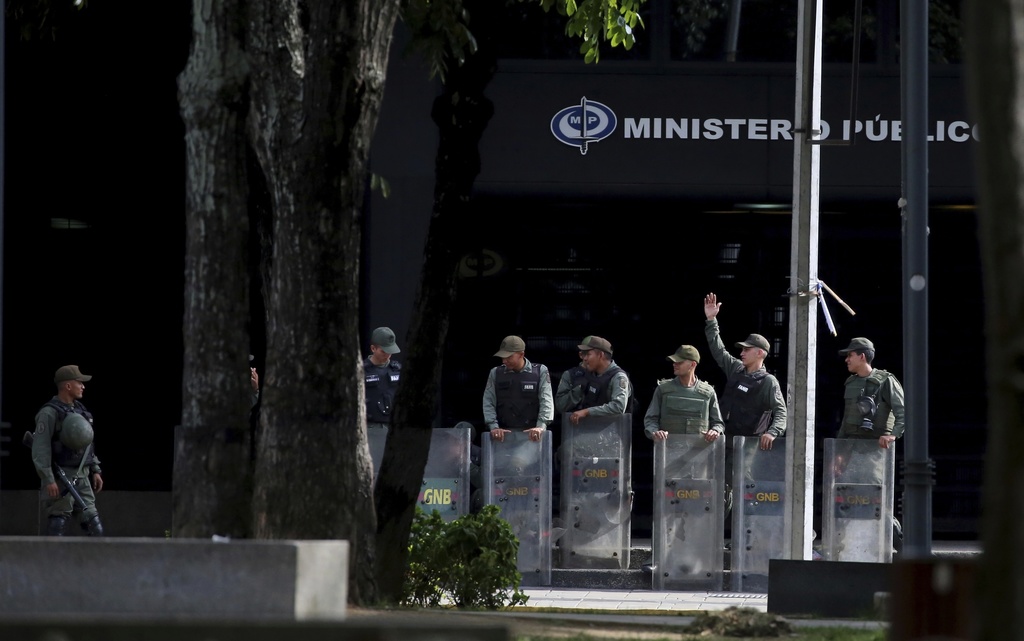 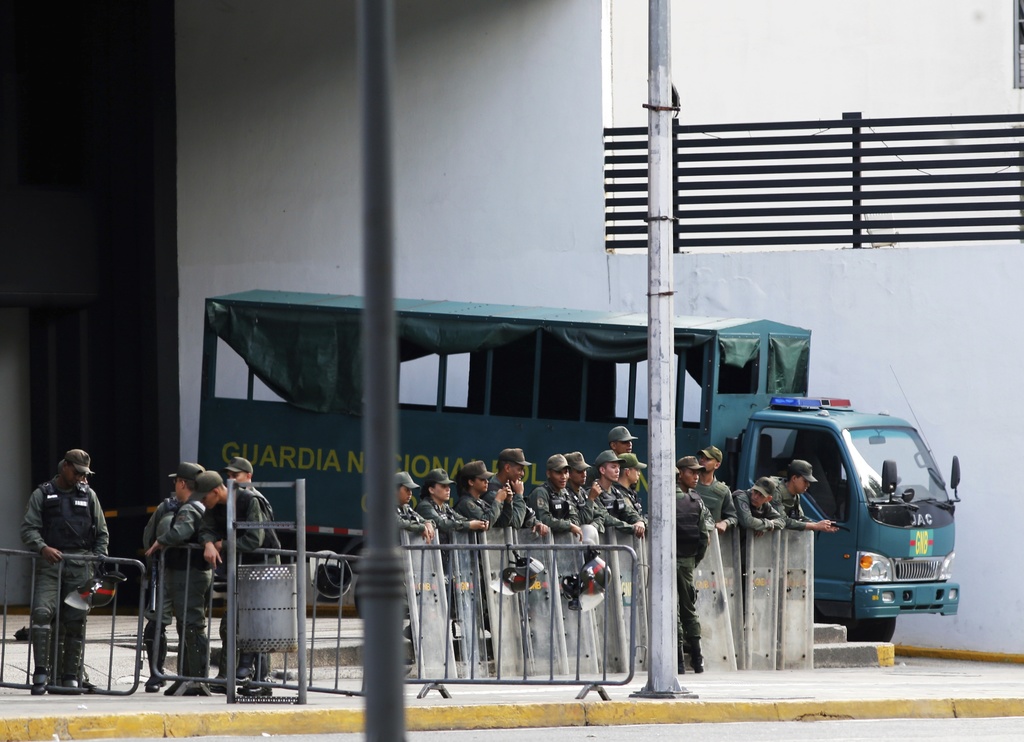 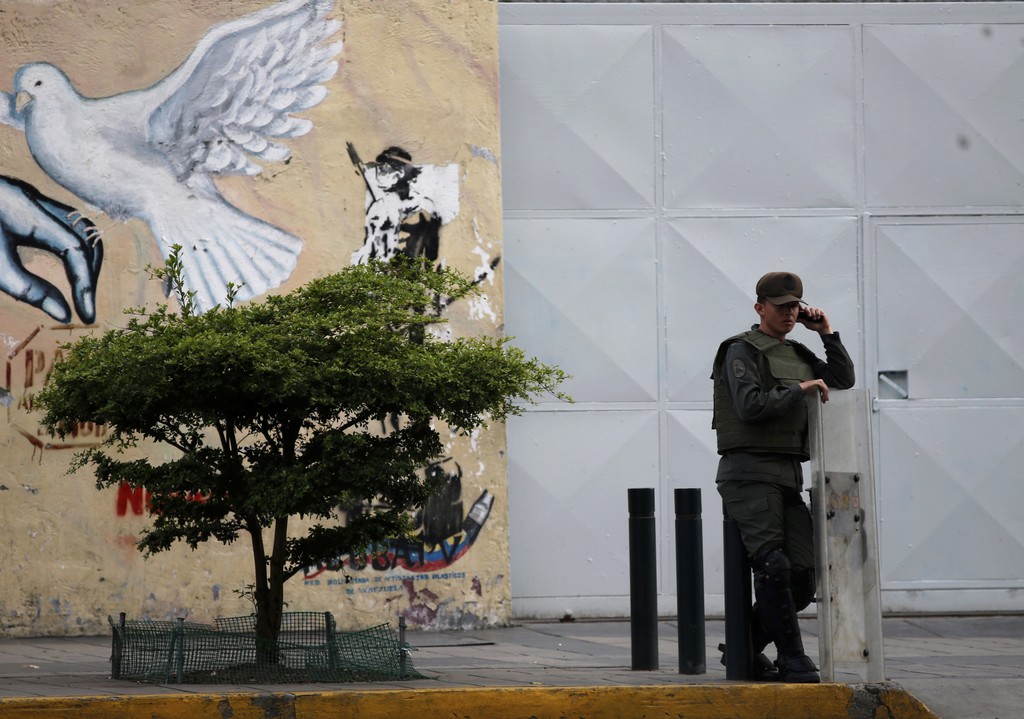 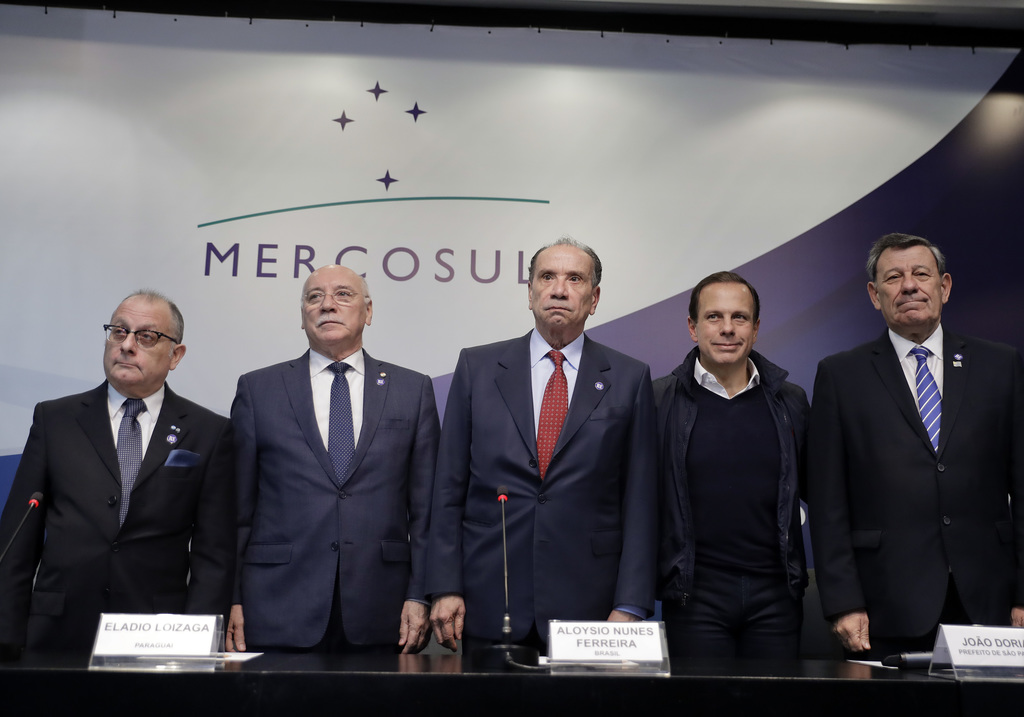 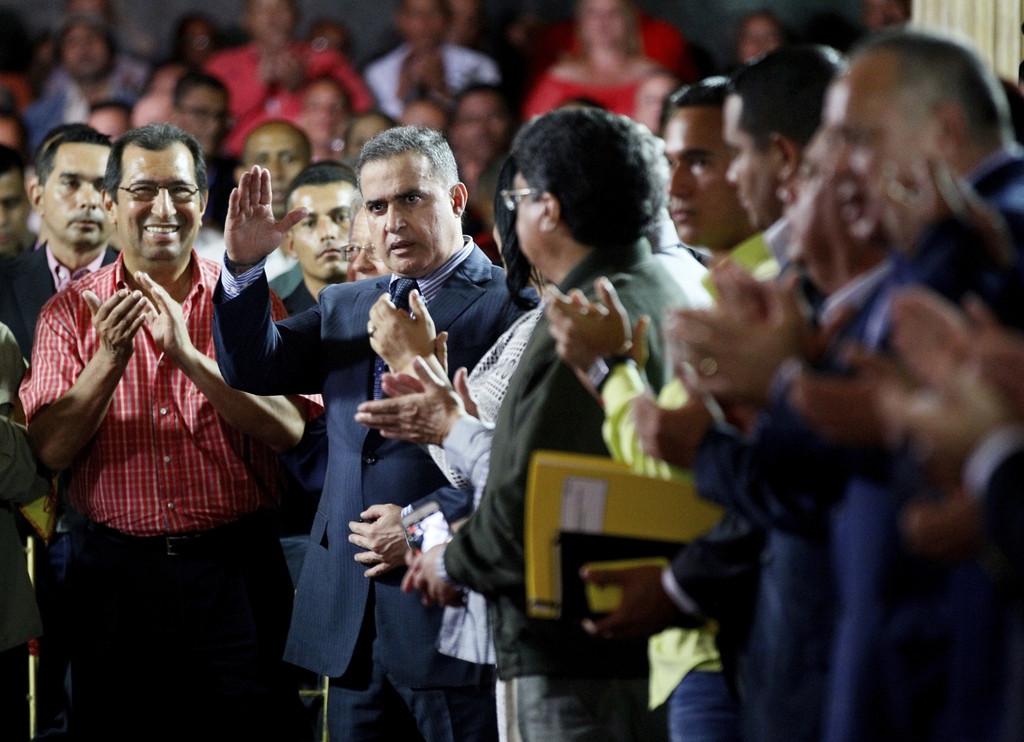 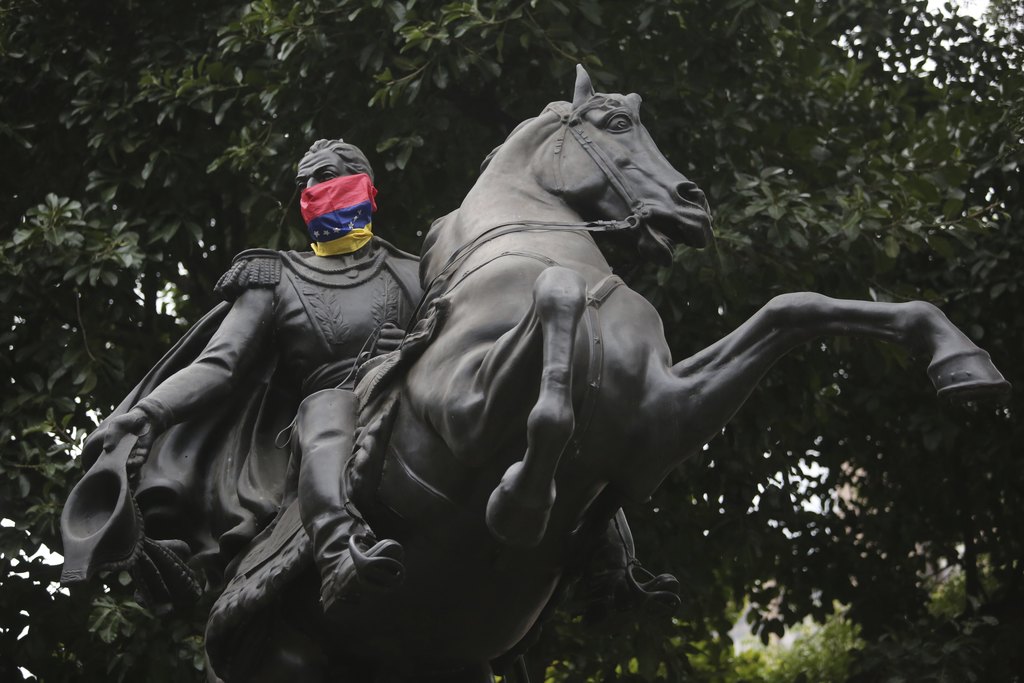 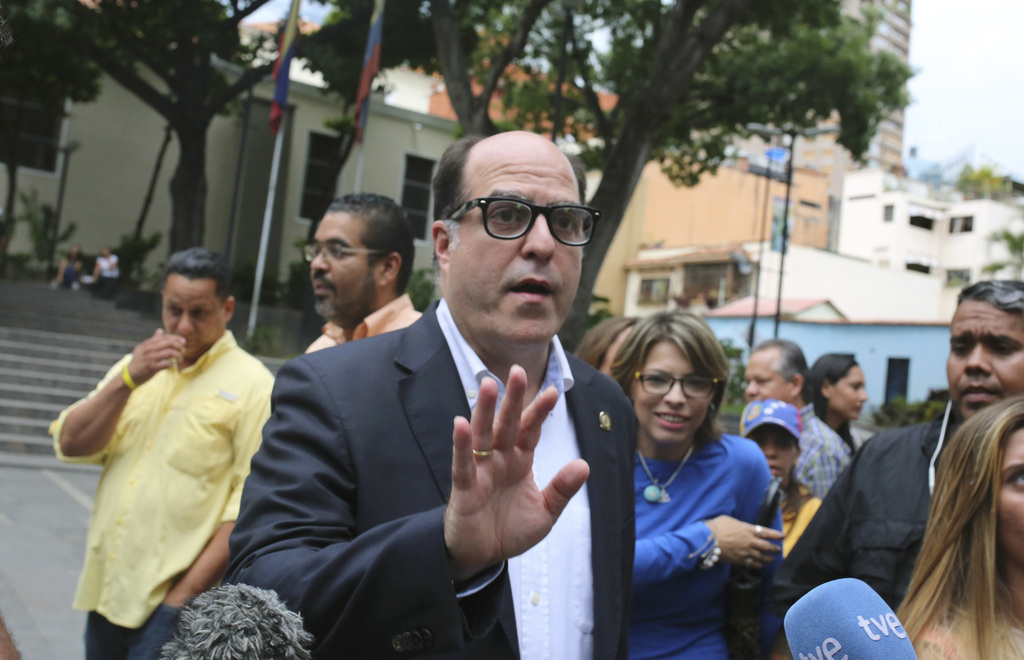 CARACAS, Venezuela (AP) — Venezuelan opposition leader Leopoldo Lopez was returned home to serve his sentence under house arrest, days after being hauled back to prison in the middle of the night in a move that drew international condemnation.

The activist's wife Lilian Tintori said in a message on Twitter late Saturday that she and her husband remain committed to achieving "peace and freedom for Venezuela."

Lopez was released from prison on July 8 and placed under house arrest after serving three years of a 13-year sentence on charges of inciting violence at opposition rallies. Many human rights groups considered him a political prisoner.

But he was taken back into custody last Tuesday along with former Caracas Mayor Antonio Ledezma in what many believed was a renewed crackdown on the opposition following the election of delegates to the constitutional assembly.

Some saw his return home as a sign Venezuelan officials may be rethinking the crackdown, even as the new, all-powerful constitutional assembly ousted the defiant chief prosecutor.

Cries of "traitor" and "justice" erupted from the stately salon where 545 pro-government delegates voted Saturday unanimously to remove Luisa Ortega from her post as the nation's top law enforcement official and replace her with a staunch government supporter.

They said they were acting in response to a ruling by the government-stacked Supreme Court, which banned Ortega from leaving the country and froze her bank accounts while it weighs criminal charges against her for alleged irregularities.

Ortega, a longtime loyalist who broke with the socialist government in April, refused to recognize the decision and vowed to continue defending the rights of Venezuelans from Maduro's "coup" against the constitution "with my last breath."

"This is just a tiny example of what's coming for everyone that dares to oppose this totalitarian form of government," Ortega said in the statement she signed as chief prosecutor. "If they're doing this to the chief prosecutor, imagine the helpless state all Venezuelans live in."

Earlier Saturday, Ortega was pushed and barred from entering her office by dozens of national guardsmen in riot gear who took control of the entrance to the building.

She alleged that authorities were desperate to get their hands on dossiers containing information on dirty dealings by high-level officials, including sensitive details about millions of dollars in bribes paid by Brazilian construction giant Odebrecht.

Assembly delegates later swore in as her replacement Ombudsman Tarek William Saab, who was recently sanctioned by the Trump administration for failing to protect protesters from abuses in his role as the nation's top human rights official.

The constitutional assembly was seated despite strong criticism from the United States, other countries and the Venezuelan opposition, which fear that it will be a tool for imposing dictatorship. Supporters say it will pacify a country rocked by violent protests.

Its installation is virtually certain to intensify a political crisis that has brought four months of protests in which at least 120 people have died and hundreds more have been jailed.

Maduro also wants the assembly to strip opposition lawmakers of their constitutional immunity from prosecution, saying their constant conspiring to oust him shouldn't be protected.

While members of congress say they will only be removed by force, the opposition is struggling to regain its footing in the face of the government's strong-arm tactics and the re-emergence of old, internal divisions.

In a sign of its cowed, demoralized state, only a few hundred demonstrators showed up for a Friday protest against the constitutional assembly, one of the smallest turnouts in months. Those who did turn out said fear of arrest — rights groups claim there are more than 600 "political prisoners" jailed during the protests — may be keeping people at home but urged Venezuelans to remain mobilized.

"We shouldn't think the government is winning," said Julio Borges, president of the opposition-controlled congress, making an emotional plea for Maduro's opponents to remain on the streets and capitalize on the government's increasing international isolation. "The only thing it's doing is destroying itself and committing suicide."

Venezuela was previously suspended in December for failing to uphold commitments it made when it joined the group in 2012. The new decision will make it harder for the country to return to good standing since the new suspension can be lifted only when the bloc is satisfied that Venezuela has restored democratic order.

Maduro responded by calling Mercosur's move part of a dirty campaign led by the Trump administration to discredit Venezuela and get its hands on its vast oil reserves.

"They come walking down the middle of the street barking orders, treating rulers like their maids," Maduro told Argentina's Radio Rebelde in an interview.

The opposition boycotted the July 30 election for the constitutional assembly, saying the rules were rigged to further entrench Maduro's "dictatorship."