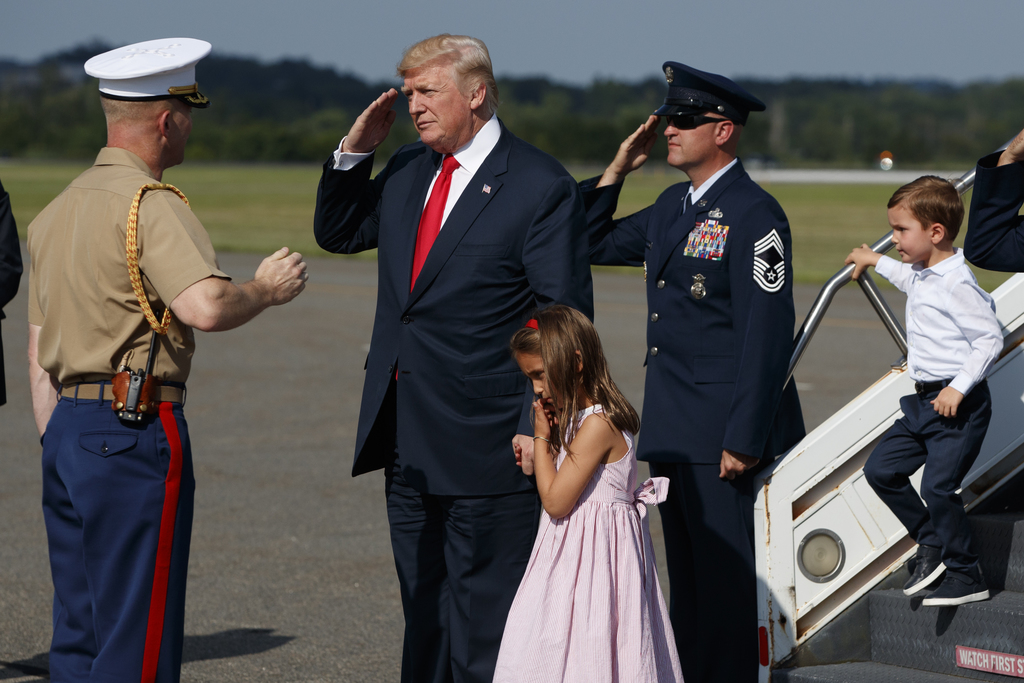 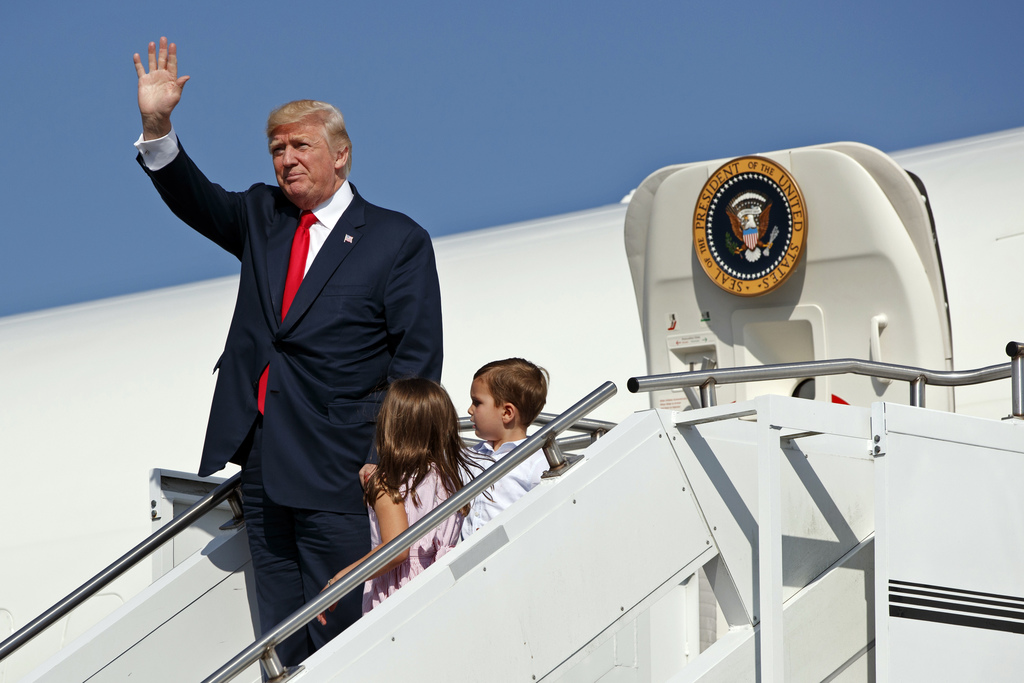 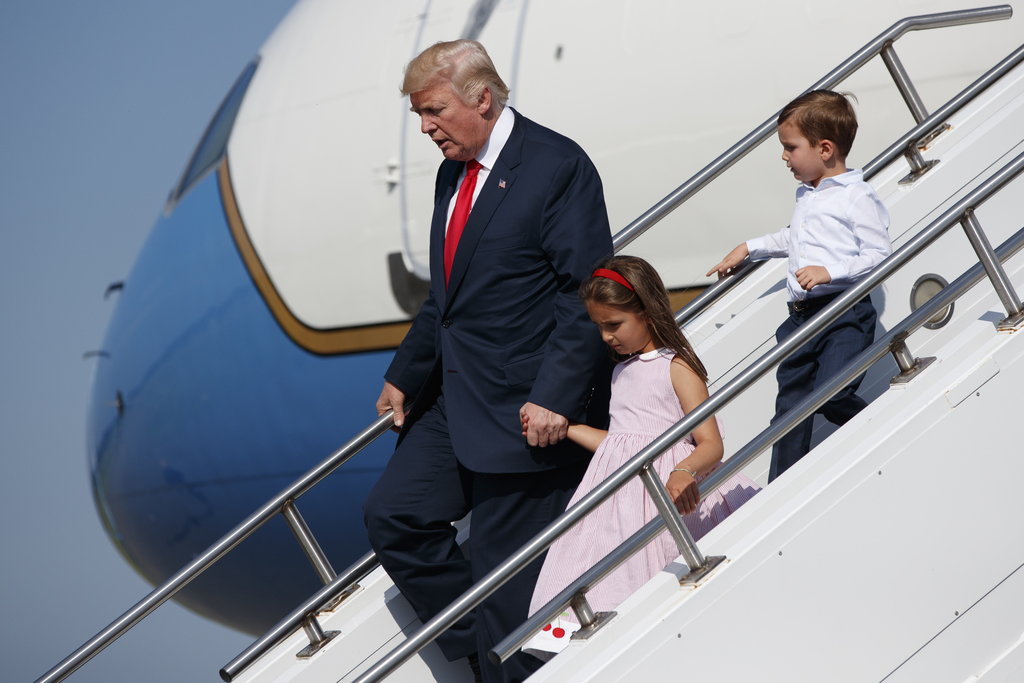 BRIDGEWATER, N.J. (AP) — The Latest on President Donald Trump taking a 17-day vacation at his golf club in New Jersey (all times local):

Some guests at a New Jersey couple's wedding got a surprise when President Donald Trump stopped to chat with them.

The brief conversation took place Saturday at Trump's private golf club in Bedminster. The Republican president got out of his golf cart and asked the group if they were having a good time, then paused to take a selfie with one of them before he went inside the club.

Trump departed Washington on Friday afternoon for a 17-day trip to the club in central Jersey for a working vacation.

Trump has been known to stop in on weddings held at the golf club in the past, including one staged there in June.

Taking a break from the capital and a rocky first six months in office, President Donald Trump is spending the first full day of his "working vacation" quietly.

Trump departed Washington Friday for a 17-day trip to his private golf club in central New Jersey. He was accompanied by the aide charged with resetting his chaotic administration— new chief of staff John Kelly.

A White House official said Trump's plans for Bedminster included meetings with aides and lawmakers. He was briefed by Kelly about the three U.S. Marines who were missing after their Osprey aircraft crashed into the sea off the east coast of Australia on Saturday while trying to land.

The White House did not say whether Trump was golfing on Saturday, and he was relatively quiet on Twitter.