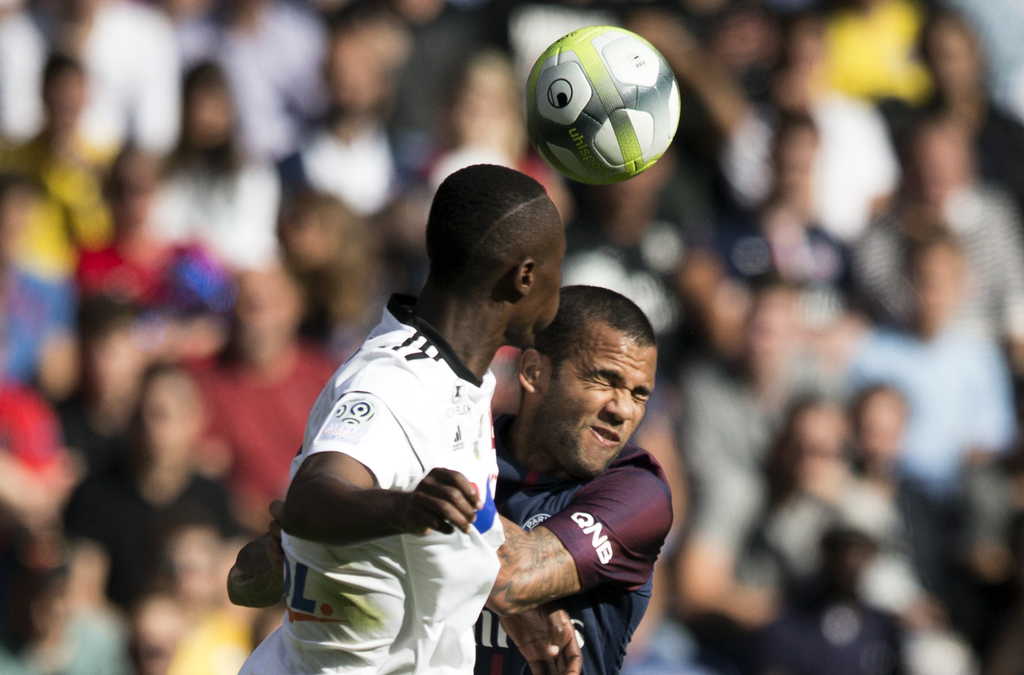 PARIS (AP) — Even before joining Paris Saint-Germain, Neymar was assisting the team.

Dani Alves disclosed Saturday that Neymar said the Brazil defender should move to the French capital last month — and not to Manchester City — after being released by Juventus.

Neymar also let former Barcelona teammate Alves in on the secret that he was thinking about making the record-breaking 222 million euro ($262 million) transfer from the Camp Nou.

"I talked to him about the possibility," Alves said. "He recommended me to come here. He suggested that I come to the club. I said I wanted to leave Juventus, and he was thinking of coming here."

While Alves made his PSG debut on Saturday in a 2-0 victory over Amiens, Neymar is yet to play for the French capital club after his international clearance didn't come through in time.

"There is anticipation because of the football he plays and his will to show it to the world," said the 35-year-old Alves, who won the Spanish league, Champions League and Club World Cup alongside Neymar at Barcelona. "You take a giant step when you have a player of this level to play against the other teams. This team will get a quality leap forward."

"We are not moved by money," Alves said. "Few people leave their comfort zone, and we are Brazilians. Brazilians do that."

The arrival of Neymar and Alves adds an even stronger Brazilian flavor to a squad captained by Thiago Silva, whose center back partner is compatriot Marquinhos.

"Our group is very good, people here are very close," Alves said. "This makes the adaptation a little easier. (Neymar) is very happy and we welcomed him with open arms. I am close because I know what this is like. He came to the right place at the right time."

Neymar's move to PSG raised eyebrows because he is leaving one of soccer's most illustrious teams for a club that has never won the Champions League.

"It isn't only about Barcelona, about Spanish clubs," Alves said. "There is life, challenge and football in other places. Neymar coming changes PSG's position for sure. It inevitable that there are expectations. His greatness brings all that."