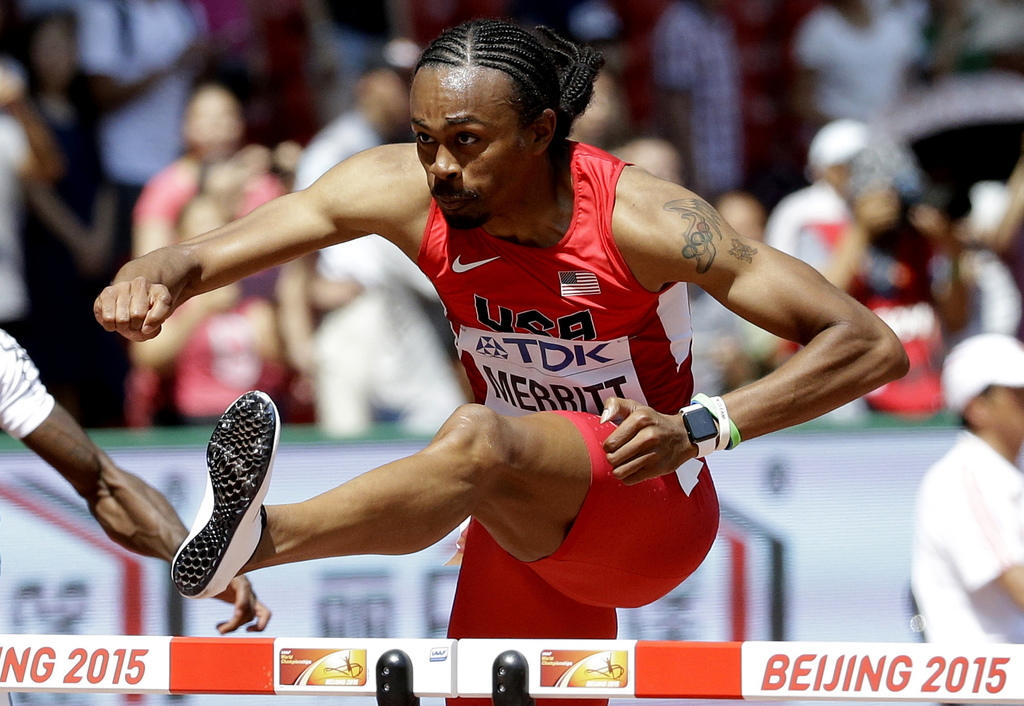 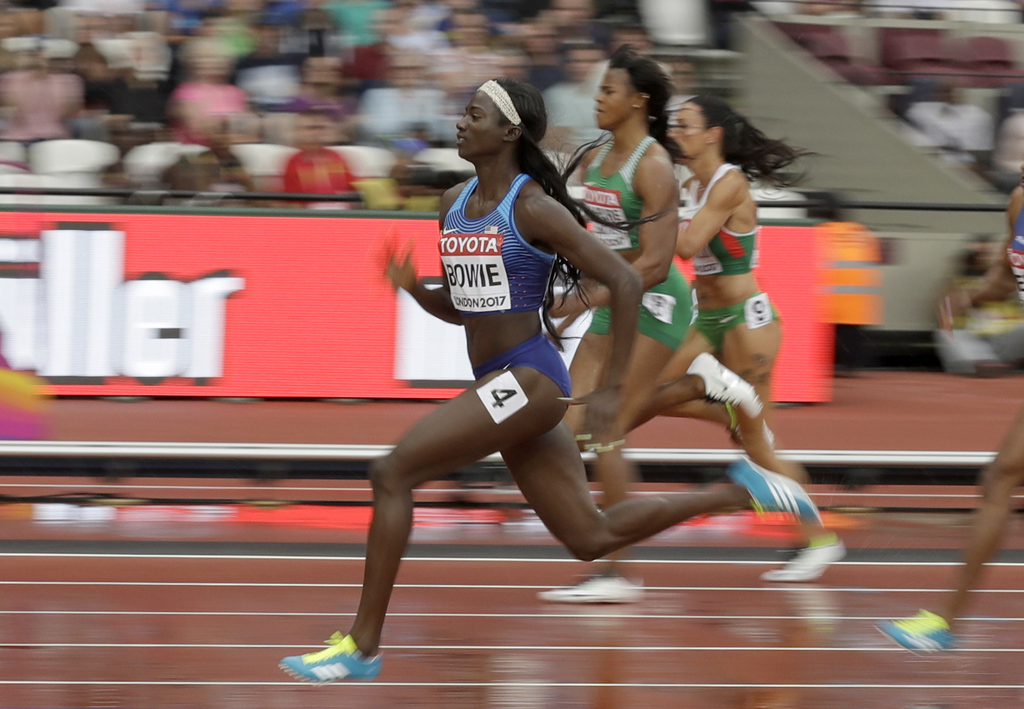 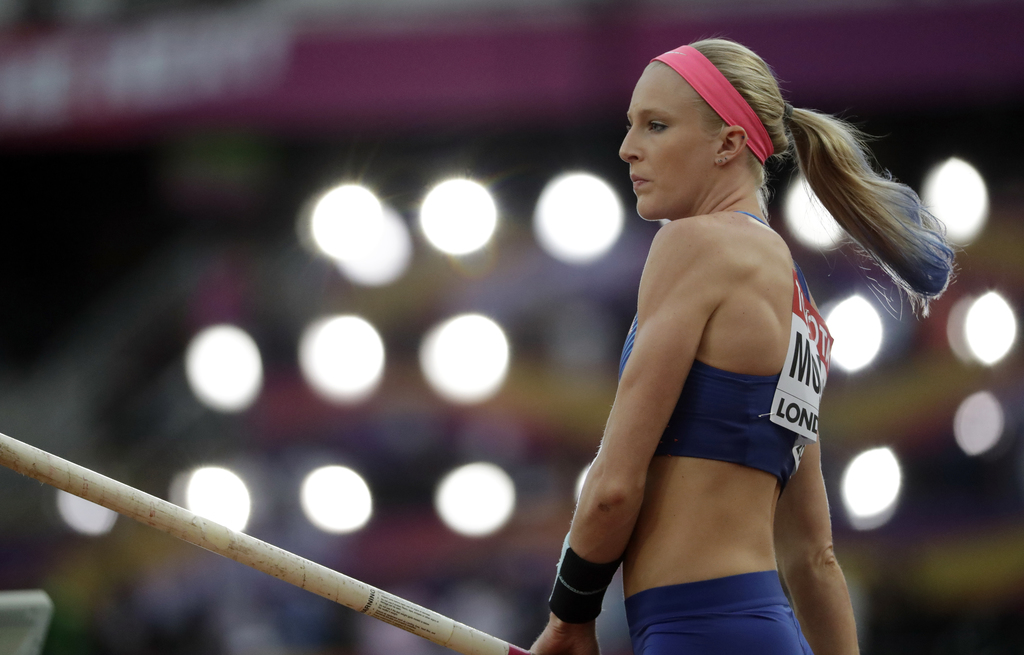 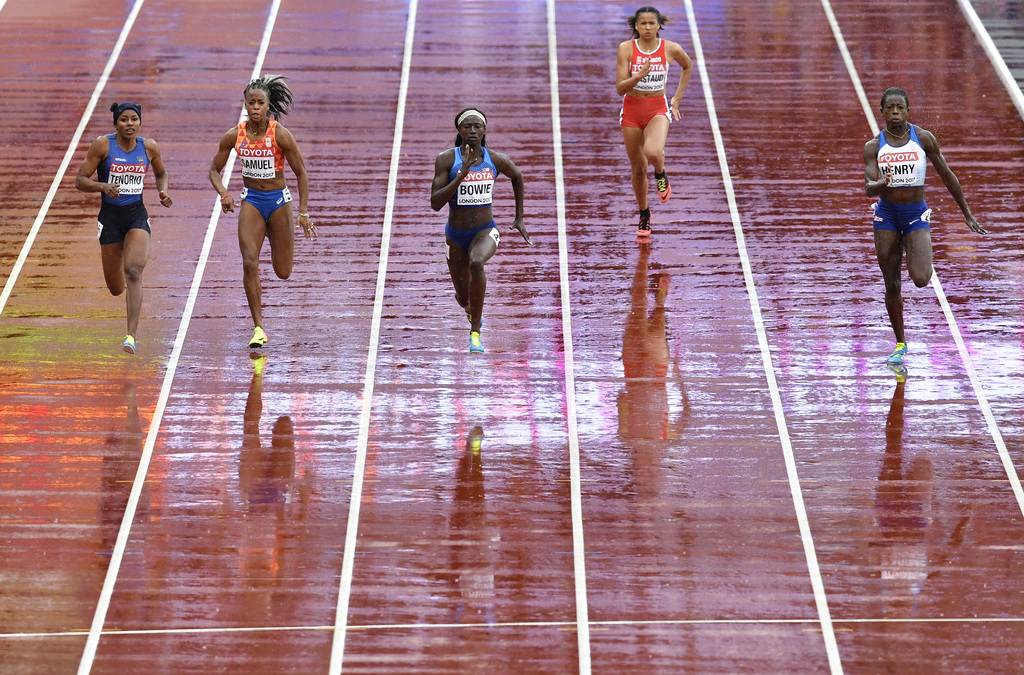 LONDON (AP) — Looking back, American hurdler Aries Merritt realizes he probably shouldn't have competed with a failing kidney at the 2015 world championships when he captured a bronze medal.

"But in my heart of hearts, I thought that was my last championships," Merritt said.

He's back. Even more, two years later and with a fully functioning kidney thanks to a transplant from his sister, Merritt feels almost as good as in 2012, when he won Olympic gold in London and set the 110-meter hurdles world record (12.80 seconds).

"I'm close to where I was," Merritt said, "and I feel like I can accomplish something special."

His event starts Sunday, and no matter what he accomplishes, it won't compare to the medal he captured that day in Beijing. He thought his career was finished. No way could he return. At the time, Merritt's kidneys were barely functioning because of a genetic disorder.

Less than a week after winning his bronze medal, Merritt flew home to Arizona and received the transplant from his sister, LaToya Hubbard.

"There were a lot of things that could have gone wrong and they just didn't," the 32-year-old Merritt said. "I was really fortunate to have a successful surgery and be able to bounce back as well as I have been. But that world championship medal in 2015 is definitely in a class of its own."

Steadily, he's regained his strength. He finished fourth at the Olympic Trials last season, missing the American team for the Rio de Janeiro Olympics by a spot.

No excuses. He uses his ordeal only as motivation.

"Just because I went through a hardship in life, and was able to overcome it, doesn't mean I'm going to take it easy and not try to perform to the best of my ability and go out there and try to break a world record every time I step on the track," Merritt said . "I might not be in that shape to run 12.80 seconds, but it doesn't mean I'm not going to go out there and try."

A look at what's happening on Day 3 of the worlds championships:

THE YOUNGSTER: The top first-round time in the women's 100 wasn't posted by Olympic champion Elaine Thompson of Jamaica or Dafne Schippers of the Netherlands, or even Tori Bowie of the United States. No, it came from 20-year-old Gina Luckenkemper of Germany. She finished in 10.95 seconds and was the only woman to break the 11-second mark in qualifying. "I am absolutely speechless after that race," Luckenkemper said. The semifinals and final are Sunday.

MARATHON FRIENDLY: The men's and women's marathons will be held on the same day. Not only that, but on a course that will allow spectators to catch multiple glimpses of the runners. Mare Dibaba of Ethiopia will try to defend her title in the women's race, while Daniel Wanjiru of Kenya — the winner of the London Marathon this year — is the favorite in the men's competition.

RED, WHITE & THROUGH: After qualifying four for the shot put final, the Americans go for a medal sweep. Ryan Crouser and Joe Kovacs went 1-2 at the Rio de Janeiro Olympics. Tomas Walsh of New Zealand — the bronze-medal winner in Rio — had the top throw in qualifying. Kovacs is the defending champion. "It's special to have all four of us (Americans in the final)," Kovacs said. "We all know each other well. We feed off each other."

NEW HEIGHTS: Yarisley Silva of Cuba is in position to defend her pole vault title. She will have plenty of challengers even with 2012 London Olympic winner Jenn Suhr not making it out of qualifying. Katerina Stefanidi of Greece and Sandi Morris of the U.S. finished with the Olympic gold and silver in Brazil.

HEP, HEP HOORAY: There will be a new world heptathlon champion after Jessica Ennis-Hill of Britain retired last season. But Ennis-Hill will receive a medal Sunday nevertheless, with her silver from the 2011 world championships being upgraded to gold after Tatyana Chernova of Russia was disqualified for doping.