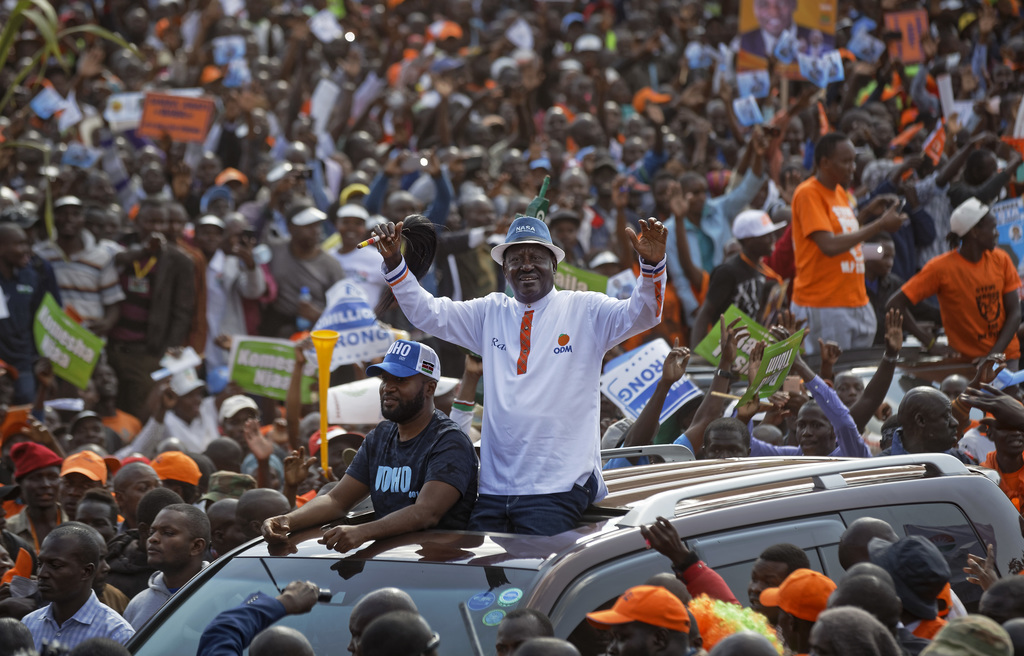 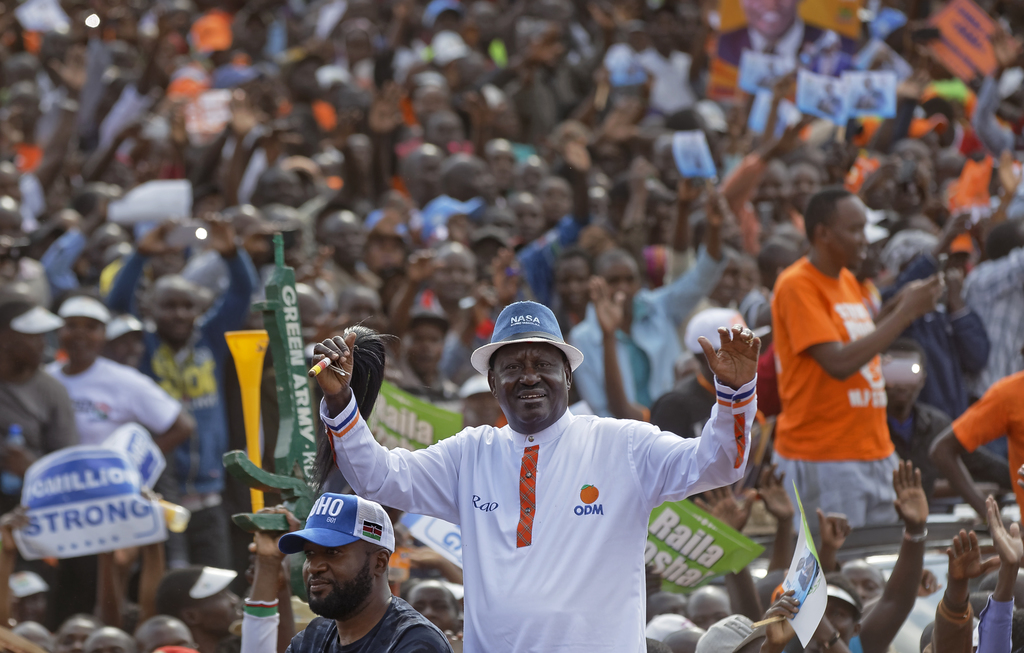 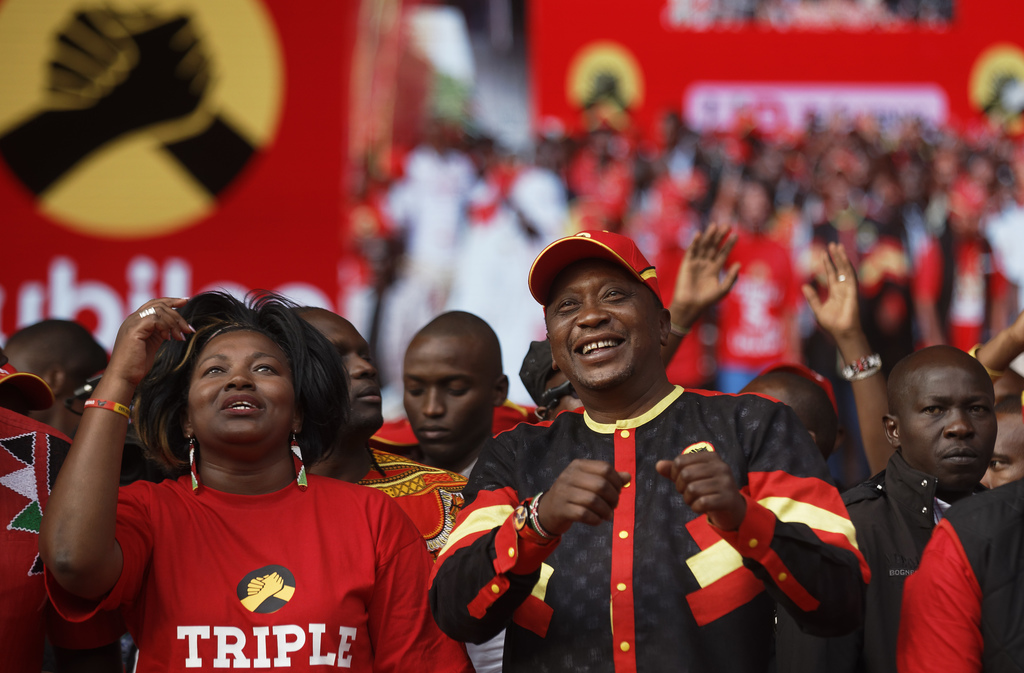 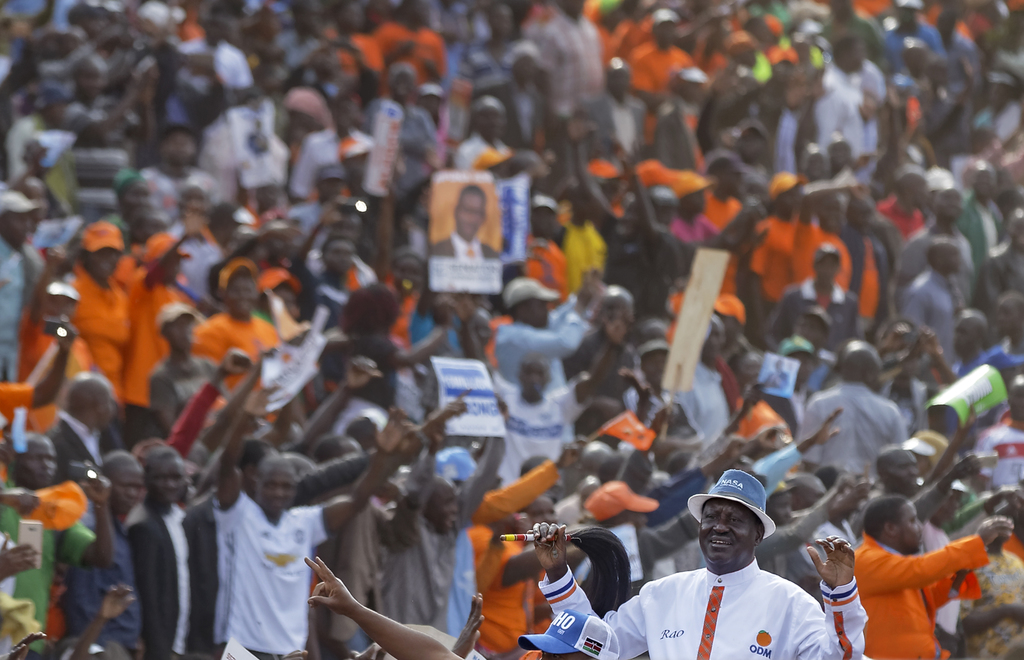 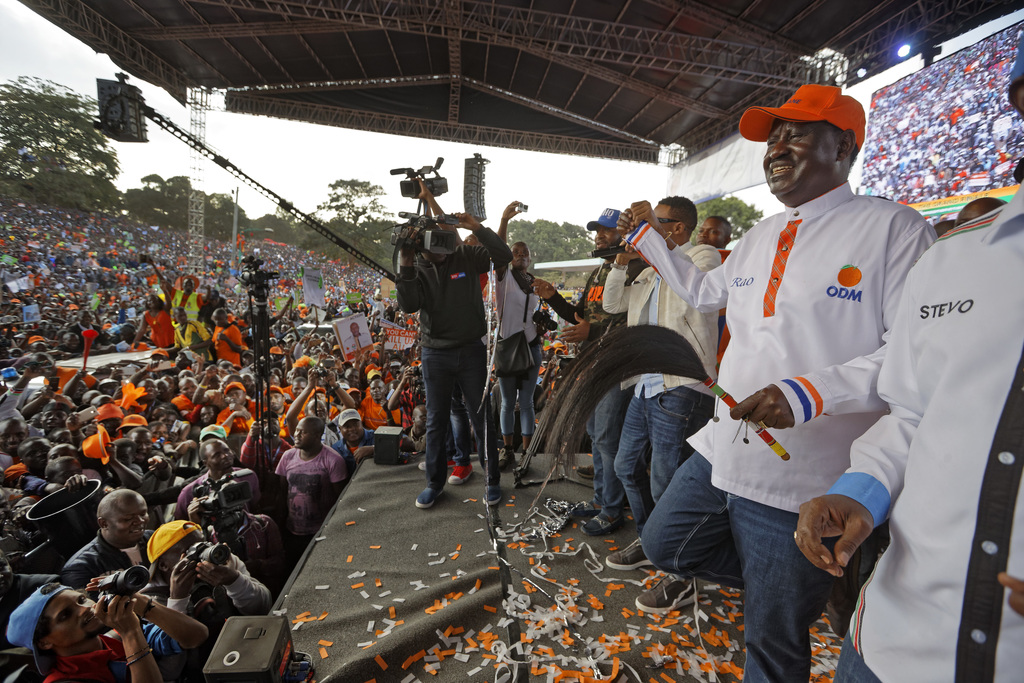 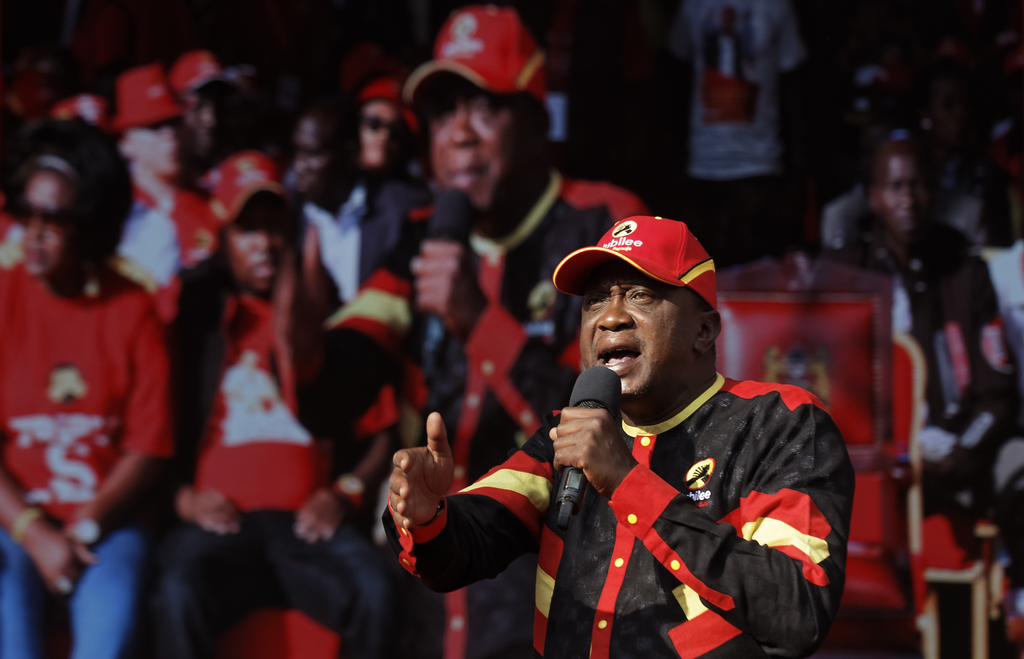 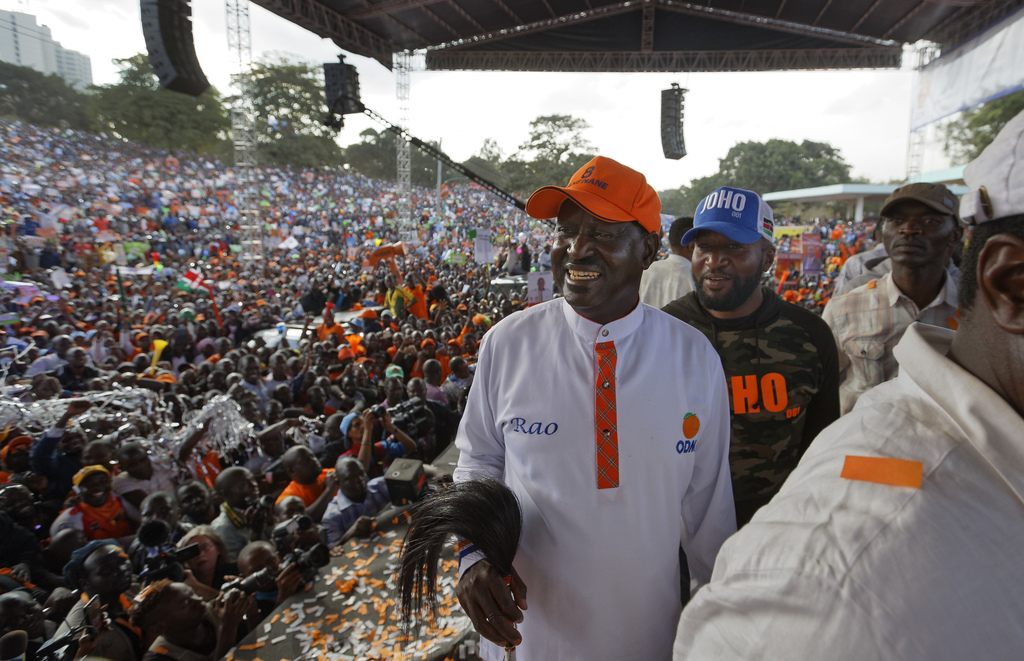 NAIROBI, Kenya (AP) — Their fathers were allies in the struggle for Kenya's independence from British colonial rule, and then became adversaries. Now President Uhuru Kenyatta and opposition leader Raila Odinga are extending the family rivalry in a tightly contested election dogged by ethnic allegiances and personality politics.

The two men, who also faced off in a 2013 election marred by opposition allegations of vote-rigging, are vying for power in an East African economic hub that plays a key role in the Western-backed fight against neighboring Somalia's Islamic extremists. Ahead of Tuesday's vote, Kenya is a relatively open society and a top spot for wildlife-seeking tourists ("Karibu Kenya," or "Welcome to Kenya" in Swahili, is a common refrain).

Yet for many observers, the historical divisions embodied in the competition between the Kenyatta and Odinga dynasties and the ethnic groups they represent overshadow the promise of Kenyan democracy.

Unlike Odinga, Uhuru Kenyatta wasn't a candidate in a flawed 2007 vote, but ethnic-fueled animosity erupted into post-electoral violence that killed more than 1,000 people and forced 600,000 from their homes in a blow to the country's image as a regional beacon of stability.

The two candidates held final campaign rallies Saturday amid worries that the upcoming vote could also be violent, though well over 100,000 security officers have deployed to voting centers. Some in the nation of 44 million people have left the capital, Nairobi, because of the threat of chaos, while many simply went home to vote.

This could be the last big political push for both the 55-year-old Kenyatta, who by law cannot run for a third term if he wins next week, and Odinga, who at 72 has failed to win the top post in three previous tries dating to 1997. Their personalities overshadow the groups they lead, Kenyatta's Jubilee Party and Odinga's National Super Alliance.

Although Kenya has a diversified and sophisticated economy, "its politics now remain really in the grip of a few ethnic, oligarchic families that essentially practice 'machine' politics," said Murithi Mutiga, a Nairobi-based senior analyst for the International Crisis Group. He said the phenomenon creates a "very issue-free kind of politics" in which candidates rely on ethnic voting blocs and secure loyalty by bestowing on supporters the material perks of power.

Ethnic-based politics have been perpetuated in independent Kenya since the days of British rule, when colonists crafted ethnically homogenous districts as part of their "divide and rule tactics," Mutiga said.

Jomo Kenyatta, an ethnic Kikuyu and father of the current president, was a distinctive figure with his salt-and-pepper beard and fly whisk, a symbol of authority. He led Kenya from independence in 1963 until his death in 1978. His first vice president was Jaramogi Oginga Odinga, an ethnic Luo who later fell out with Kenya's first leader. In 1969, the two men sparred verbally at a public event; presidential security guards opened fire on a hostile crowd, leaving at least 11 people dead and injuring hundreds.

Like their fathers, the younger Odinga and the junior Kenyatta also have allied politically from time to time before splitting for good.

"There is no bad relationship between Uhuru and Raila as people put it; the two have a long history," she said in a Daily Nation interview. Raila used to carry Uhuru and her on his back in their childhood, she said.

Now, though, the pull of ethnic loyalty limits their political platforms in a country that nevertheless has a private media that is fairly independent, a judiciary that doesn't always agree with the state and a 2010 constitution that is considered to be among the most progressive in Africa. Kenyatta's tenure has been tainted by endemic graft — Kenya is ranked 145th out of 176 countries in Transparency International's index of the world's most corrupt countries.

"I want to be very clear here — a politics that's based solely on tribe and ethnicity is a politics that's doomed to tear a country apart," Barack Obama said as U.S. president during a 2015 visit to Kenya, the land where his father was from. "It is a failure — a failure of imagination."