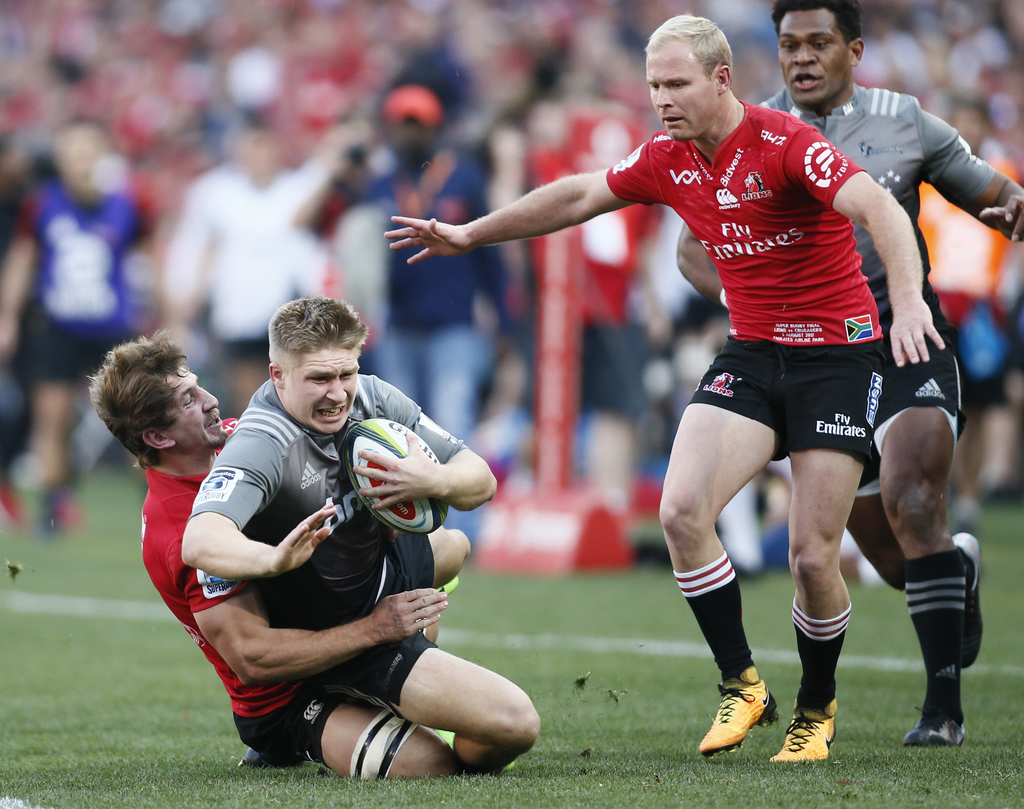 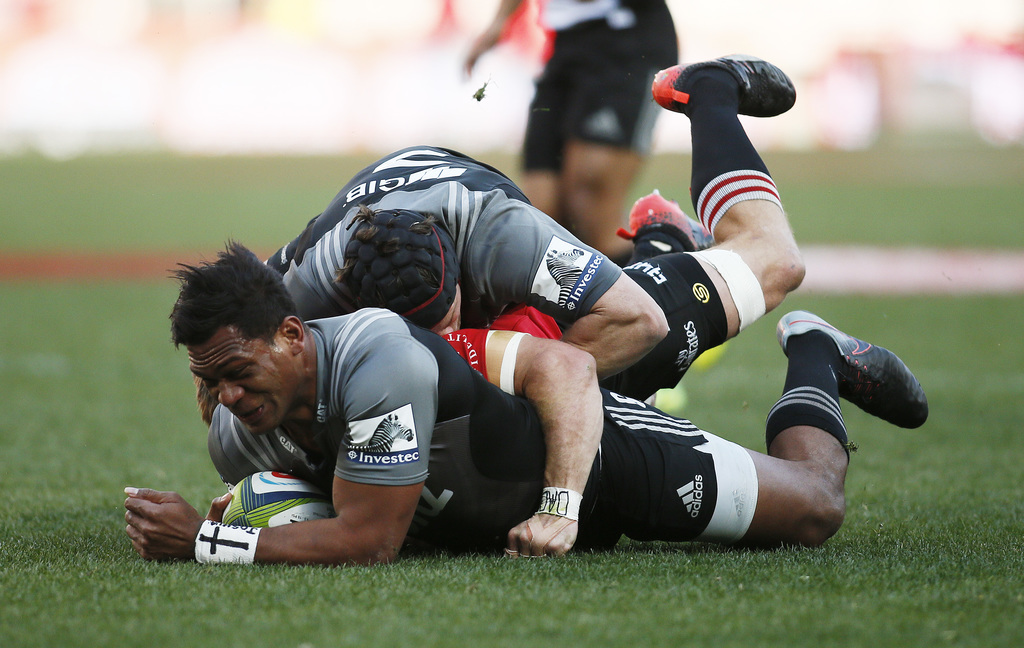 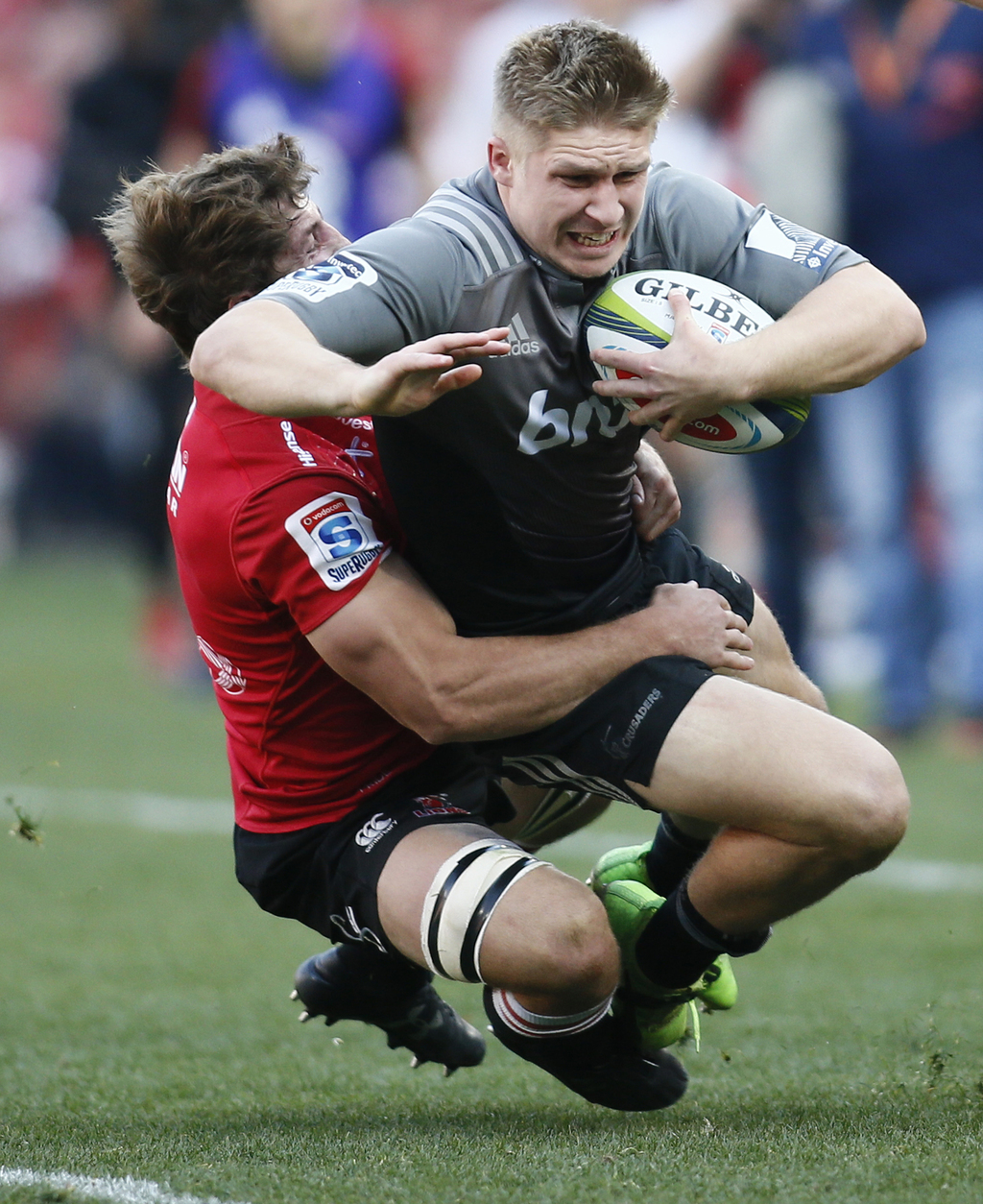 JOHANNESBURG (AP) — The Crusaders have won a record-extending eighth Super Rugby title, beating the Lions 25-17 at Ellis Park in Johannesburg on Saturday.

New Zealand's Crusaders became the first team in 17 years to win a Super Rugby final outside their home country, although they were helped by a first-half red card to Lions flanker Kwagga Smith.

The Crusaders scored three tries to two by the 14-man Lions, who came back from 25-3 down despite Smith's 39th-minute sending off for a tackle in the air on Crusaders fullback David Havili.

Still, the Crusaders held out and are the only team to win Super Rugby titles in foreign countries, doing it twice now after their 2000 triumph over ACT Brumbies in Australia.

The Christchurch-based team's latest victory also extended New Zealand's dominance of the southern hemisphere club championship. New Zealand teams have won 15 out of the 22 Super Rugby titles contested since the tournament started in 1996.

Although Smith's early exit put pay to the Lions' hopes, the Crusaders were already 12-3 up before the red card with early tries by wing Seta Tamanivalu and center Jack Goodhue. Kieran Read dived over for the Crusaders' third try three minutes into the second half.

Bizarrely, the Lions outscored the Crusaders two tries to one while down to 14, with front-rowers Malcolm Marx and Corne Fourie getting late scores and briefly putting the Crusaders under pressure.

But it was ultimately another failed attempt at a first Super Rugby title for the Johannesburg-based Lions, who lost to the Hurricanes in last season's final in Wellington.