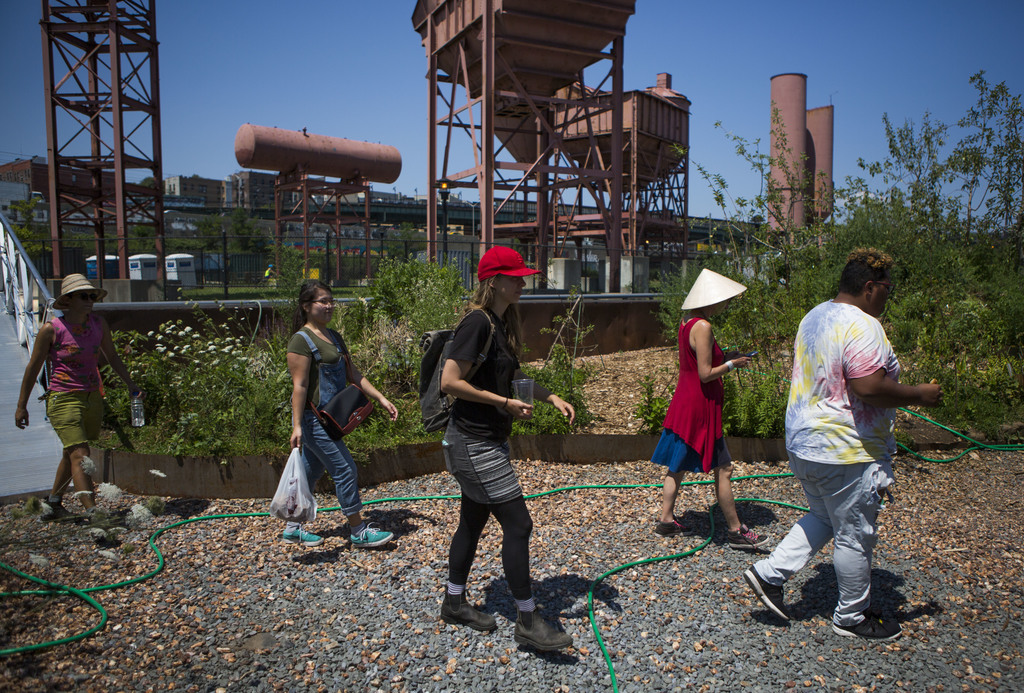 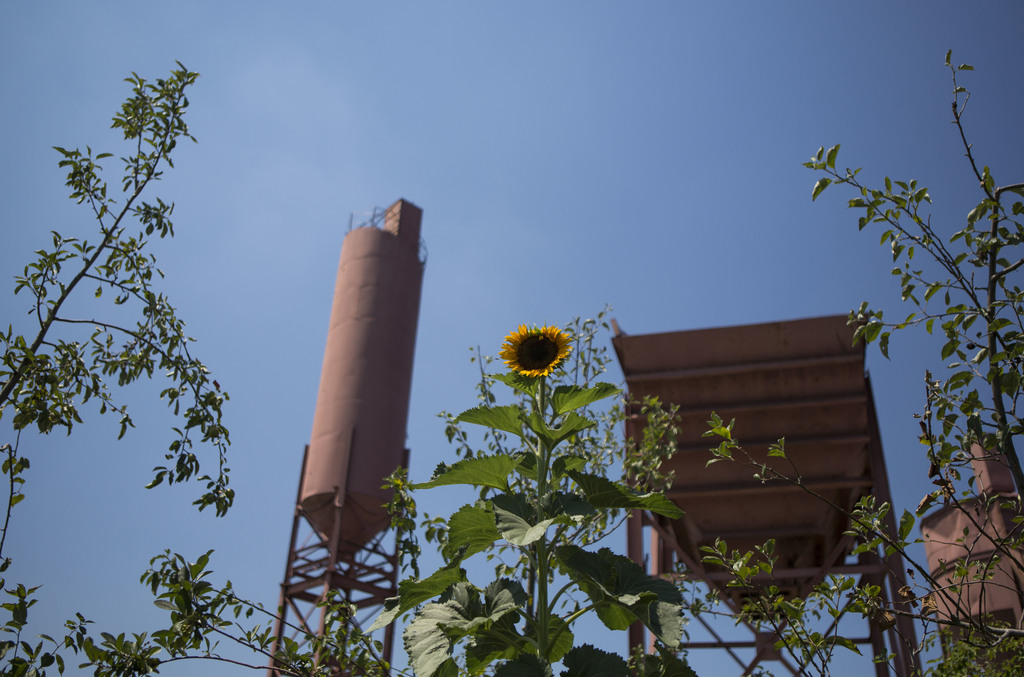 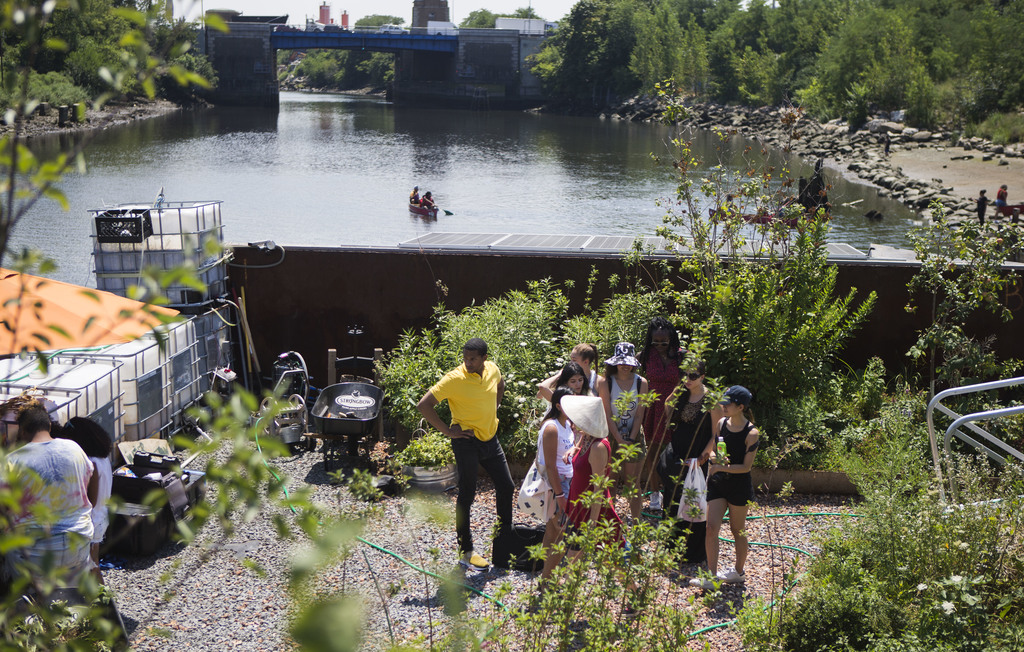 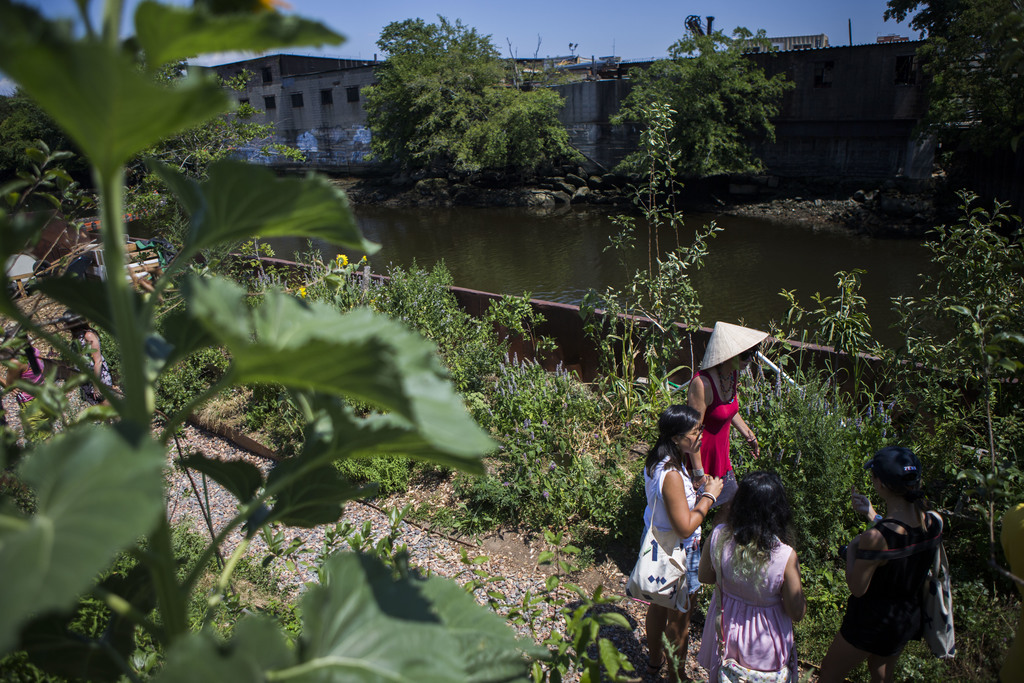 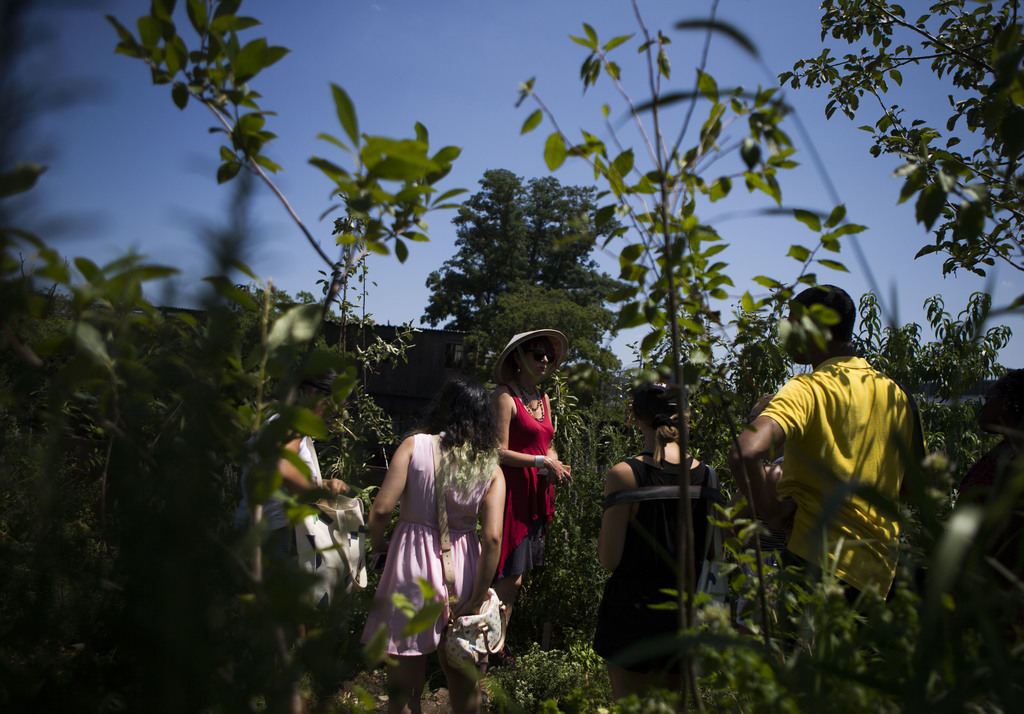 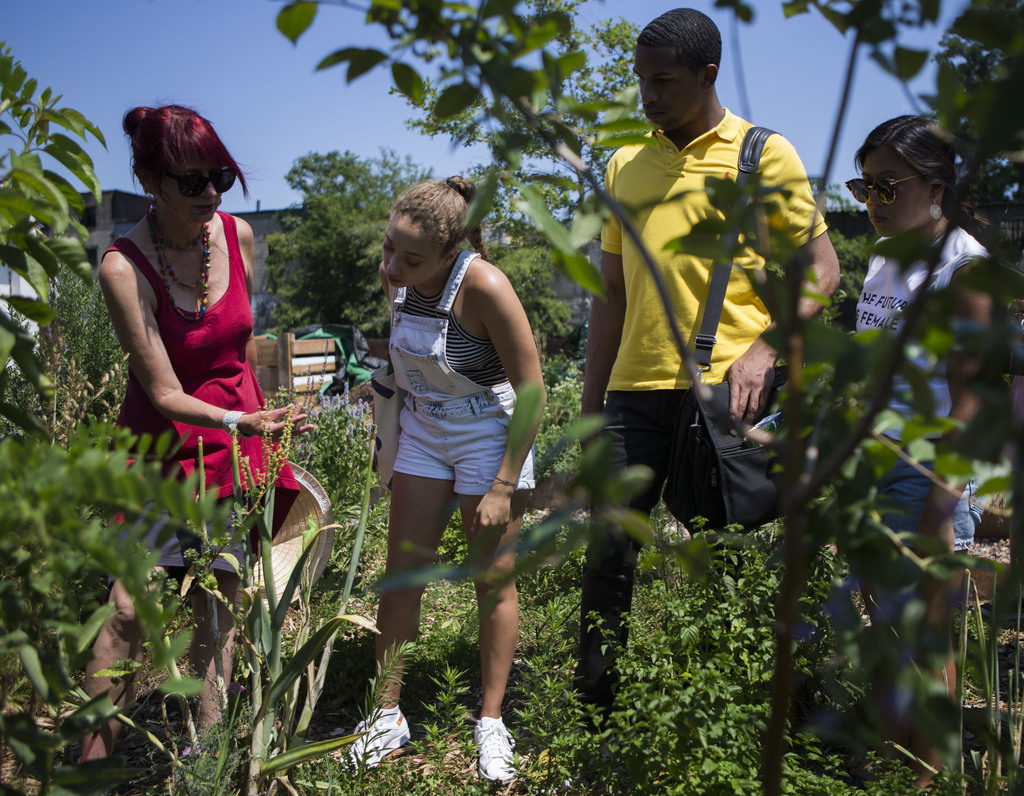 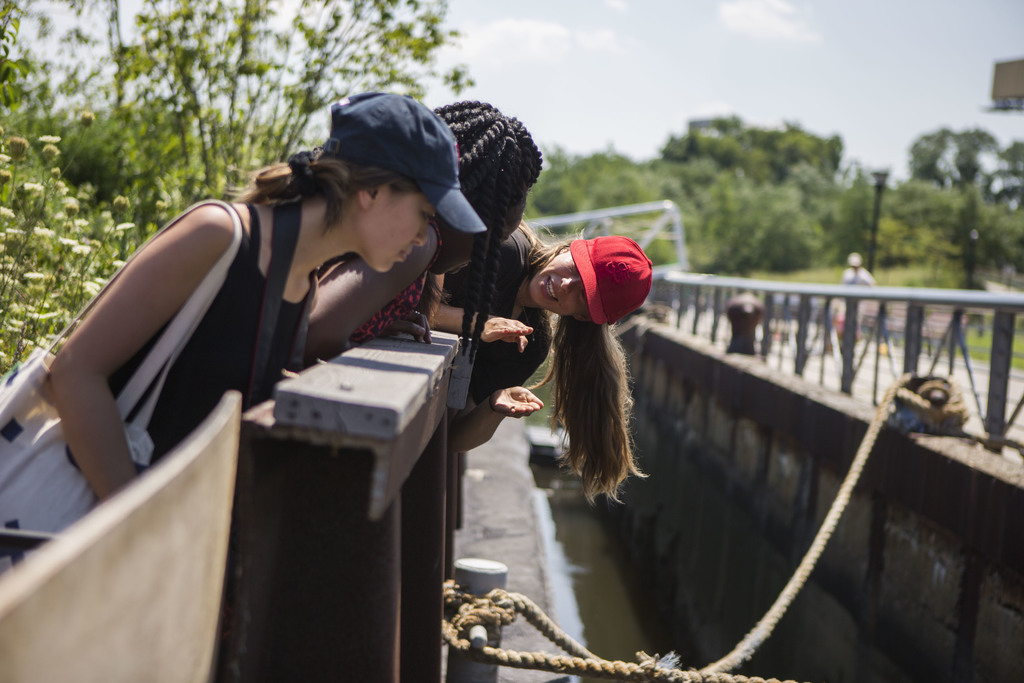 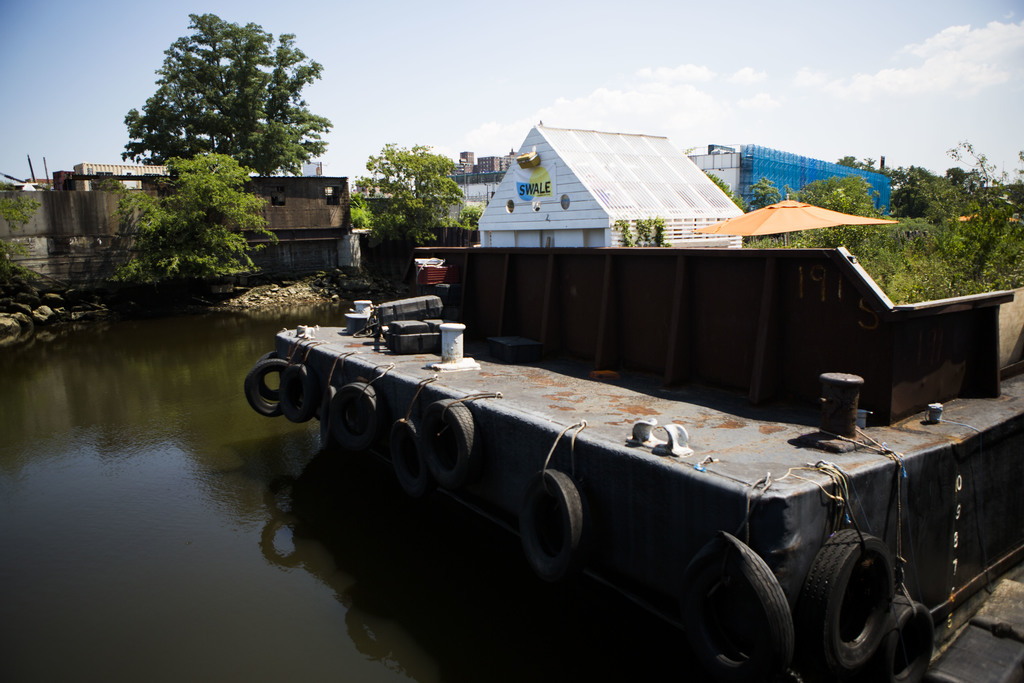 NEW YORK (AP) — An old construction barge planted with vegetables, apple trees and fragrant herbs is giving apartment-dwelling New Yorkers a chance to pick something and eat it.

Part floating garden, part artwork and part community organizing project, the barge called Swale is currently docked on a river in the South Bronx and will move to Hudson River Park in lower Manhattan from Sept. 15 to Nov. 15.

Founder Mary Mattingly created Swale in part to give New Yorkers an opportunity to forage for food, which is illegal throughout the city's 30,000 acres of public parks. The no-foraging rule doesn't apply to Swale, since it's a barge.

"Because not everyone has access to healthy food in New York, I saw Swale as a tool to advocate for policy change," said Mattingly, an artist who is dividing her time between Swale and her summer residency at Monet's Garden in Giverny, France.

Swale's harvest is free for the taking. Dariella Rodriguez, director of outreach for Youth Ministries for Peace and Justice, a community group that leads tours of Swale, said many visitors are surprised they don't have to pay.

"Immediately they're like, 'how much?' And when we tell them that it's free, they're really shocked," Rodriguez said.

Swale was launched in 2016 with funding from Kickstarter and A Blade of Grass, a nonprofit that supports socially engaged art.

The hard cider company Strongbow is providing additional support this year including a donated "orchard" of eight apple trees.

"It aligns with our messaging because we're about bringing nature into the city," said Reggie Gustave, Strongbow's brand manager.

The 130-foot (40-meter) barge is now docked in the Bronx River at Concrete Plant Park, whose decommissioned concrete silos recall the area's industrial past.

The apples weren't ripe yet during a visit this week but there were plenty of herbs, both culinary and medicinal. Kitchen basics like mint, thyme and oregano mingled with sassafras, bee balm, hyssop and chicory.

There was jewelweed, known for its skin-healing properties, and wild carrot, used for centuries as a contraceptive. There were chokeberry shrubs, a native plant whose tart berries can be made into jam, as well as the familiar blackberries and blueberries.

Root vegetables like potatoes and Jerusalem artichokes waited to be unearthed. What looked like daisies turned out to be coneflowers, also known as echinacea, the popular cold remedy.

"It grows wild all over the place," said Amanda McDonald Crowley, a curator of Swale's plants. "When you take a walk around Swale and identify an echinacea flower, you will then see them all over the city. I see weeds in the city now and recognize them as edibles. Or medicinals."

Swale's creators call it a floating food forest, not a garden or a farm, and there are no neat rows of carrots. The arrangement of trees, shrubs and ground cover plants can look random but is intended to make good use of the barge's 5,000 square feet (465 square meter).

"You're planting things next to one another that complement each other in how they use the soil," Crowley said. For example, she said, there's a lot of clover, which isn't generally a food for humans but is "a really good nitrogen fixer," meaning it takes nitrogen from the air and deposits it into the ground.

Swale is open to the public Friday through Sunday from 1 to 7 p.m. and hosts tours Monday through Wednesday.

A group of Kickstarter summer interns visited Tuesday and heard about the plants and also about the need for nutritious produce in a "food desert" like the South Bronx, where supermarkets are scarce.

A trailing plant with succulent leaves caught Huang's eye. Known as purslane, it's a common weed that can be eaten raw or cooked and is sold at farmer's markets.

"When I was younger, my family and I used to take walks. My mom would walk around the neighborhood and look for that specific type of plant," Huang said. She texted a picture of the purslane to her mother and her mother texted back, "I made dumplings with that last week."