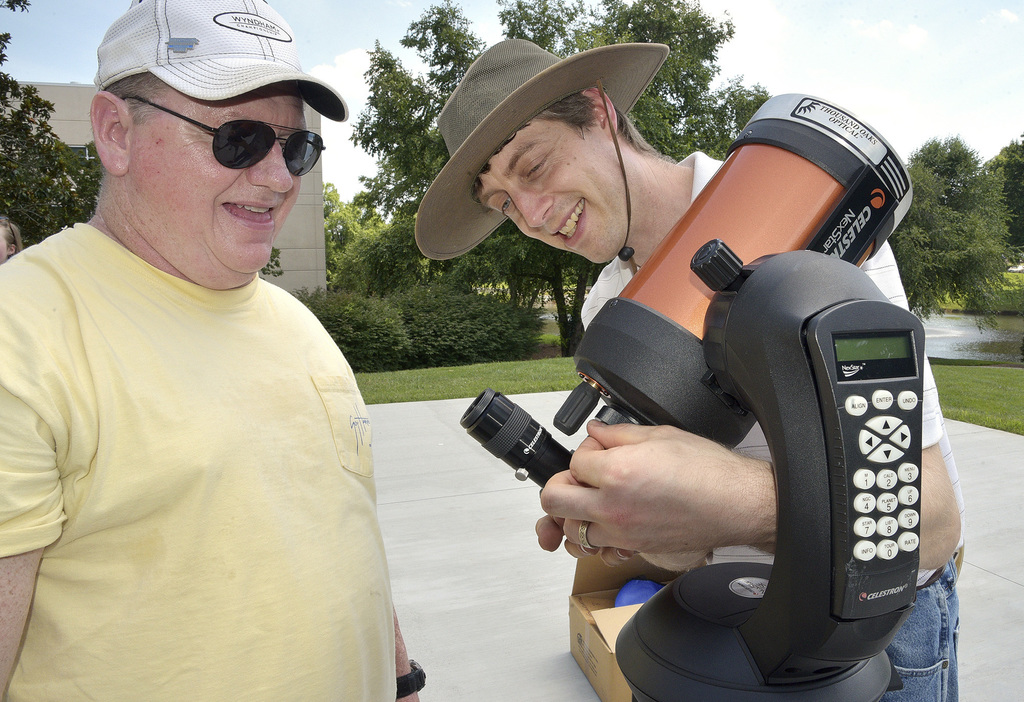 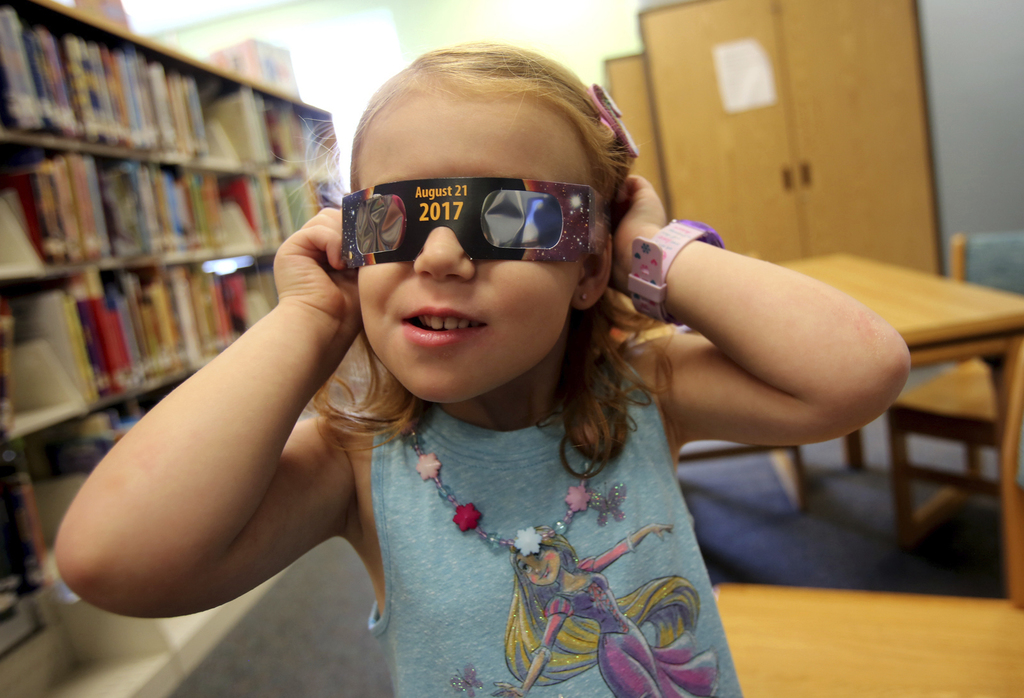 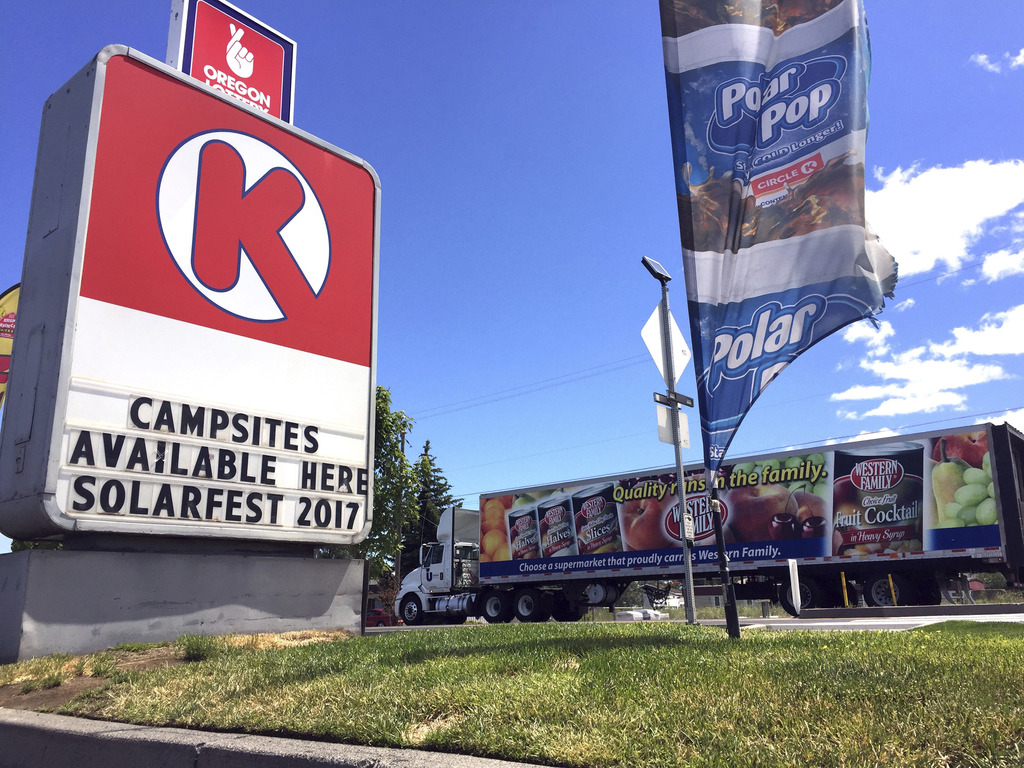 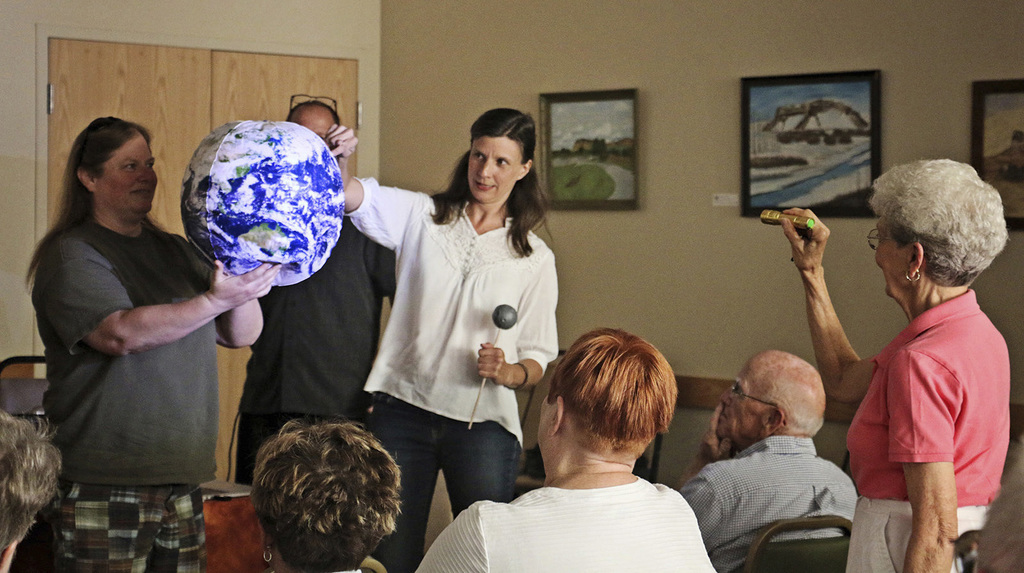 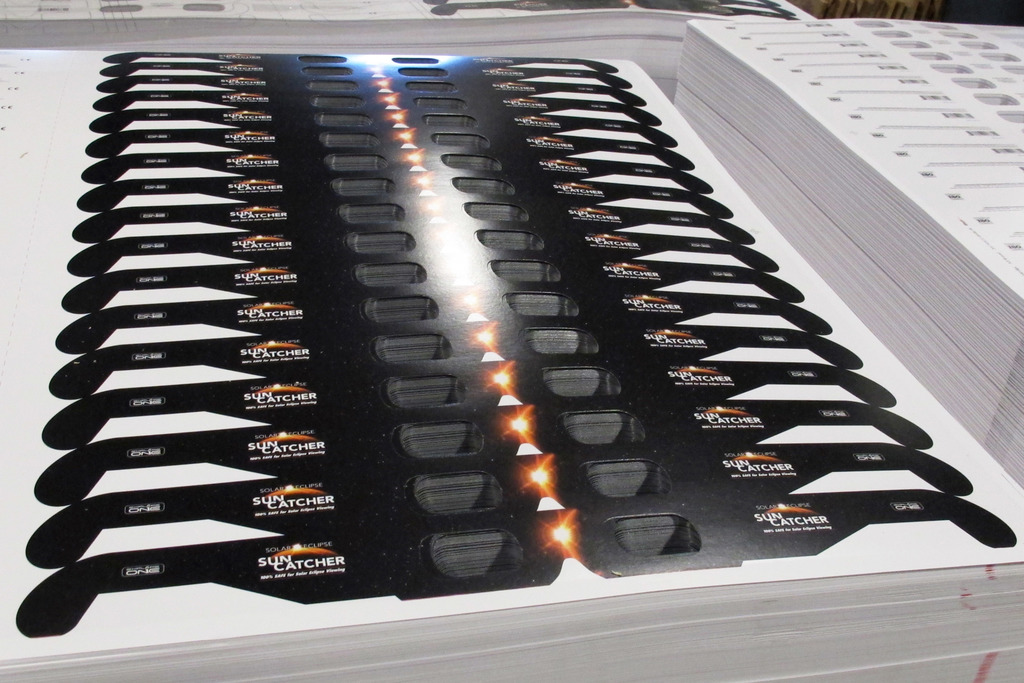 CAPE CANAVERAL, Fla. (AP) — It will be tough eclipsing this eclipse.

The sun, moon and Earth will line up perfectly in the cosmos on Aug. 21, turning day into night for a few wondrous minutes, its path crossing the U.S. from sea to shining sea for the first time in nearly a century.

Never will a total solar eclipse be so heavily viewed and studied — or celebrated.

"We're going to be looking at this event with unprecedented eyes," promises Alex Young, a solar physicist who is coordinating NASA's education and public outreach.

And the party planning is at full tilt from Oregon to South Carolina.

Eclipse Fests, StarFests, SolarFests, SolFests, Darkening of the SunFests, MoonshadowFests, EclipseCons, Eclipse Encounters and Star Parties are planned along the long but narrow path of totality, where the moon completely blots out the sun.

Vineyards, breweries, museums, parks, universities, stadiums — just about everybody is getting into the act.

The Astronomical League for amateur astronomers is holing up at Casper, Wyoming. Minor league baseball teams will halt play for "eclipse delays" in Salem, Oregon, and elsewhere. By a cosmic quirk of the calendar, the Little Green Men Days Festival will be in full swing in Kelly, Kentucky, as will the American Atheists' annual convention in North Charleston, South Carolina.

And where better to fill up on eclipse T-shirts and safety glasses — and eclipse burgers — than the Eclipse Kitchen in Makanda, Illinois.

"This is a really amazing chance to just open the public's eyes to wonder," says Montana State University's Angela Des Jardins, a physicist in charge of a NASA eclipse ballooning project . The student-launched, high-altitude balloons will beam back live video of the eclipse along the route.

Satellites and ground telescopes will also aim at the sun and at the moon's shadow cutting a swath some 60 to 70 miles wide (97 to 113 kilometers) across the land. Astronauts will do the same with cameras aboard the International Space Station. Ships and planes will also catch the action.

At the same time, researchers and the just plain curious will watch how animals and plants react as darkness falls. It will resemble twilight and the temperature will drop 10 to 15 degrees.

Expect four hours of pageantry, from the time the sun begins to be eclipsed by the moon near Lincoln City, Oregon, until the time the moon's shadow vanishes near Charleston, South Carolina. NASA will emcee the whole show, via TV and internet from that coastal city.

The total eclipse will last just 1 1/2 hours as the lunar shadow sweeps coast to coast at more than 1,500 mph (2,400 kph) beginning about 1:15 p.m. EDT and ending at 2:49 p.m. EDT. The sun's crown — the normally invisible outer atmosphere known as the corona — will shine forth like a halo.

Sure, full solar eclipses happen every one, two or three years, when the moon positions itself smack dab between the sun and Earth. But these take-your-breath-away eclipses usually occur in the middle of the ocean somewhere, though, or near the sparsely populated top or bottom of the world. In two years, Chile, Argentina and the empty South Pacific will share top billing.

The United States is in the bull's-eye this time.

It will be the first total solar eclipse in 99 years to cross coast-to-coast and the first to pass through any part of the Lower 48 states in 38 years.

NASA's meteor guru, Bill Cooke, was in Washington state for that one in 1979. This time, he's headed to his sister's farm in eastern Tennessee.

"It is the most weird, creepy, awe-inspiring astronomical event you will experience," Cooke says.

In all, 14 states (two of them barely) and 21 National Park locations and seven national historic trails will be in the path.

Darkness will last just under two minutes in Oregon, gradually expanding to a maximum two minutes and 44 seconds in Shawnee National Forest in southernmost Illinois, almost into Kentucky, then dwindling to 2 1/2 minutes in South Carolina. Staring at the sun with unprotected eyes is always dangerous, except during the few minutes of totality. Even then, most pros recommend eclipse glasses.

With an estimated 200 million people living within a day's drive of the path, huge crowds are expected. Highway officials already are cautioning travelers to be patient and, yes, avoid eclipses in judgment.

The view from the sidelines won't be too shabby, either. A partial eclipse will extend up through Canada and down through Central America and the top of South America. Minneapolis will see 86 percent of the sun covered, Miami sees 82 percent, Montreal gets 66 percent, while Mexico City sees 38 percent.

But who wants to settle for not quite when you can experience the whole eclipsed enchilada?

Not Kevin Van Horn, an astronomy buff from suburban Pittsburgh who will make the 8 1/2-hour drive to Nashville with his wife, Cindy. Nashville is the biggest metropolitan area along the eclipse's main drag.

"It would be like going to the Super Bowl and sitting outside the stadium rather than being inside and watching it," says Van Horn, a total solar eclipse newbie.

By contrast, it will be the 13th total solar eclipse for Rick Fienberg, spokesman for the American Astronomical Society. He's headed to Oregon.

To give everyone a shot at the cosmic drama, which falls on a Monday, many schools are canceling classes, while offices plan to take a break or close for the day. The true beauty of the experience, according to NASA's Young, comes from sharing "arguably the most amazing astronomical event that anyone can see" with millions of others.

Those multitudes are what terrify Jackie Baker, who owns and runs the Eclipse Kitchen with her father in a village of 600 that's tucked into a valley in southernmost Illinois. The 18-seat cafe — which had its grand opening last Aug. 21 — is named for this eclipse and the one coming up in 2024.

The Eclipse Kitchen is in the crosshairs of both.

While it won't span coast to coast, the April 8, 2024 eclipse will still be a doozy, coming up from Mexico into Texas, moving through the Midwest and into Maine and New Brunswick, Canada. Darkness will last four minutes. The world record is just over seven minutes.

Baker expects to sell out of food well before showtime on Aug. 21. Then she'll just enjoy the eclipse.

That's Cooke's plan, too. "You just need to sit back and take it all in."