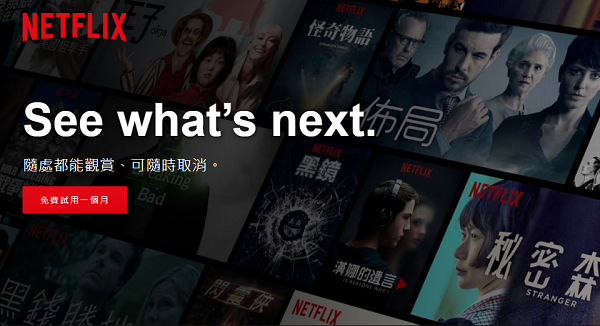 TAIPEI (Taiwan News) — The American streaming platform Netflix announced on August 4 that it would launch its first Chinese-language original series, “Bardo” (擺渡身), from Taiwan in collaboration with IFA, a Singaporean media company which produced the HBO popular series, The Teenage Psychic (通靈少女), earlier this year.

The eight-episode series is a jailbreak thriller mixed with Taiwanese aboriginal mysticism and religious karma. It tells a story of a prisoner on death row who, upon learning from a series of ultra-realistic events that his son is in danger, decides to escape from the cell to rescue him, but only to find out a even larger scheme awaiting himself.

Sam Quah (柯汶利), director of “Bardo”, said that he had been preparing for the series with Taiwanese lead writer, Lily Chen, for one year, and the shooting would begin soon.

“Taiwan's film and TV industry is full of amazing creativity and Sam's a new Asian talent who is open to pushing the boundaries and trying new things but with a strong insight into local and regional themes,” said Frank Smith, executive producer of ”Bardo”.

Quah is a Taiwan-based Malaysian director whose short films have been short-listed for an Oscar and nominated for a Golden Horse award.

“A supernatural premise, a production team that’s created regional hits, and an up and coming director who’s received international acclaim — all of this has Netflix excited about ”Bardo”,” said Erik Barmack, vice president of international original series at Netflix.

On August 1, Netflix announced that eight Taiwan's television series from Q Series (植劇場), a TV production project sponsored by Taiwan’s Ministry of Culture, will be available to global Netflix users, with four released on August 1 and the rest by the end of the year.

“Bardo” will also be available on Netflix worldwide when it launches.