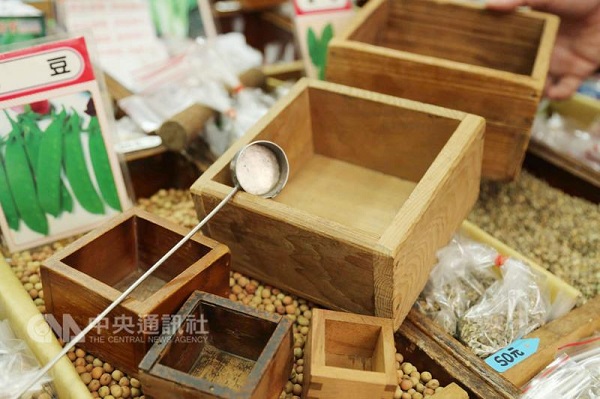 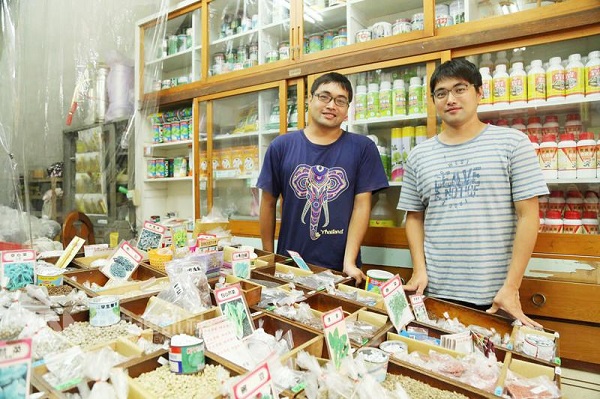 TAIPEI (Taiwan News)--The seed shop is filled with rows of neat wooden boxes, filled with all kinds of sizes and colors of seeds, with a long-handled stainless steel spoon, specifically used to scoop the seeds. Owner Huang Fu-ling (黃富玲) said that over 30 years ago the author San Mao had come to the store and played with this very spoon, telling them never to sell it.

Huang Fu-ling is the third generation owner of Hualian’s Huang Yu-tai seed shop. She said, an aunt, now 80, described how, when San Mao came to Hualien, he came into the seed shop and played carefully with the long spoon, like a child. He was curious and asked the name of each seed. San Mao said: "This spoon is really special, don’t ever sell it!”

Huang Fu-ling pointed out that this was before era of smart phones, and no-one though to take a photo, so there are no images of the incident, just a family memory.

Huang Fu-ling's twin sons Lin Rui-yue (林瑞岳) and Lin Rui-ching (林瑞青) have played and explored in the seed store since their childhood. They went to college to study landscape-related majors, and after graduation joined the family seed business..

Lin Rui-yue held the little wooden boxes used to measure seeds. These were commissioned by his grandfather and made from cypress wood. He said, nowadays businesses measure in grams and kilograms. In the old days, the measures used were shao (勺、10.354688 mililiter), ge(合103.54688 mililiter), sheng(升1.0354688 liter) and dou (斗10.354688 liter). These cypress wood measuring boxes have been used throughout the shop’s history and are regarded as a family heirloom.

Lin Rui-ching said that the family business is in its fourth generation, and is both the oldest and largest in Hualien. It sells about 400 kinds of seeds. In the past, farmers would purchase a single type of seed. Now with the change of times, climate change and other factors, small farmers have diversified. Lin hopes to re-design the store, to make it more inviting.

Lin Rui-ching pointed out that the majority of customers who now buy seeds are small farmers who worry about buying vegetables sprayed with pesticides. If the family has a small piece of land or garden, they will buy some seeds to grow vegetables at home, with any excess harvest given to friends and family. As more small farmers came to the shop, a few years ago Lin responded by introducing seedlings which are more convenient for consumers to grow.

Lin Rui-ching said they grow the seedlings themselves from their own seeds and so understand how to cultivate them, what the best selection is for certain conditions and so on. The family is proud of the seeds it produces and sells them clean and shiny, ready to bring joy to the growers.