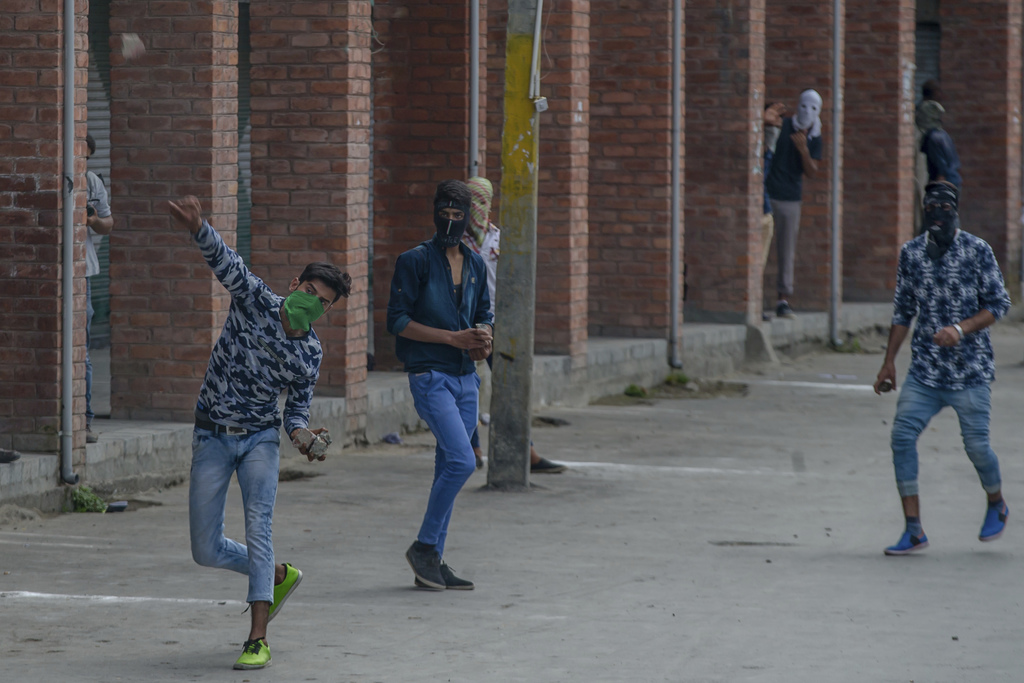 SRINAGAR, India (AP) — Police say a gunbattle between Indian troops and Kashmiri rebels has killed three insurgents in the disputed Himalayan region and triggered a new round of anti-India protests and clashes.

Police Inspector-General Muneer Ahmed Khan says the fighting began after government forces raided a cluster of homes on a tip that rebels were hiding in northwestern Sopore area and came under fire from militants.

As the news of the killings spread, protests and clashes broke out in several parts of the region. Soldiers fired at rock-throwing protesters in Bandipora area and wounded at least three civilians.

Kashmir is divided between India and Pakistan and both countries claim it in its entirety. Rebel groups have been fighting since 1989 against Indian rule.